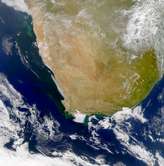 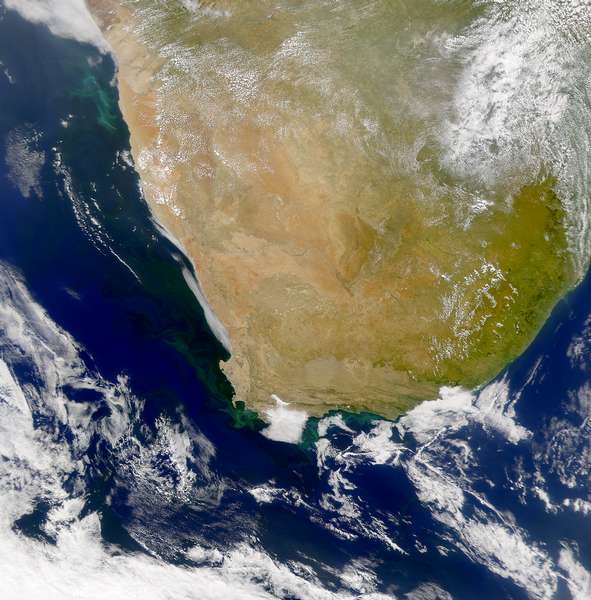 This SeaWiFS image captures the second week of autumn in southern Africa. Prevailing southerly winds push surface waters toward the equator along South Africa and Namibia's west coasts. Because the Earth rotates and because of frictional forces between the wind driven surface water and the water just beneath it, the net effect of the wind forcing from the south is that there is a net transport of surface water away from the African coast. This is referred to as Ekman transport. As water in the upper layer of the ocean moves westward, colder, nutrient-rich water upwells along the coast fueling the blooms of phytoplankton that are visible.