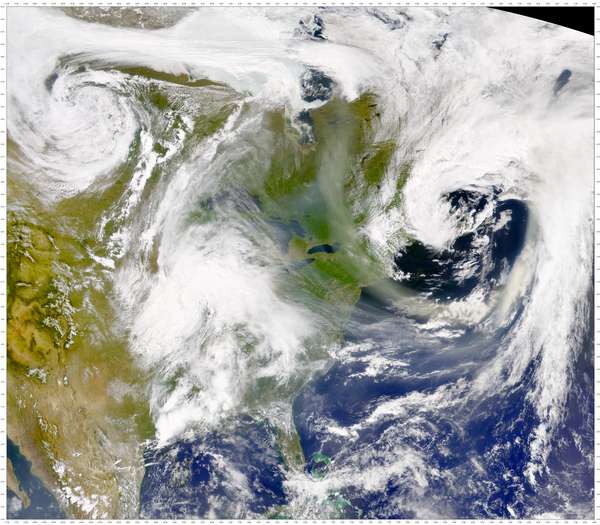 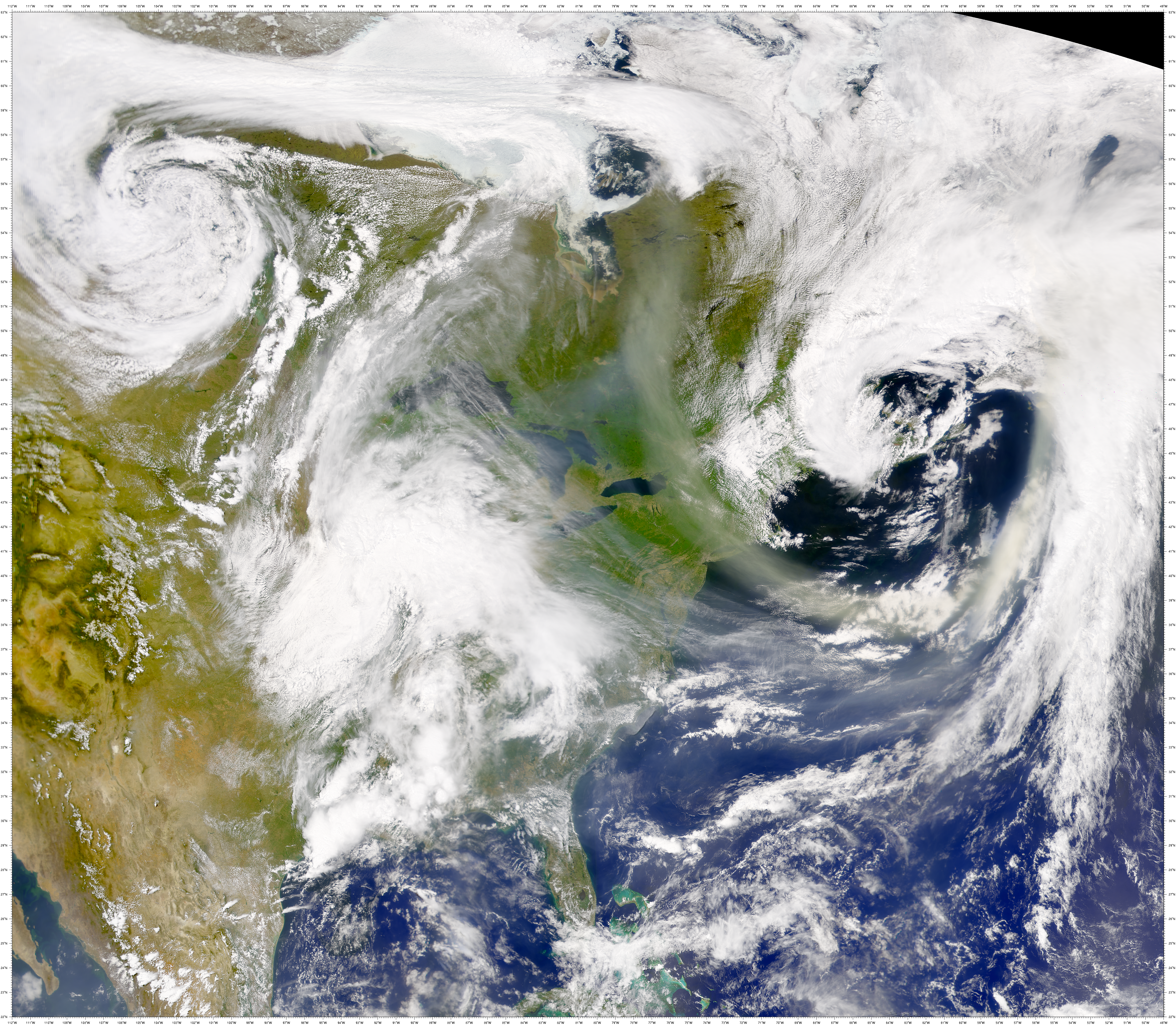 This SeaWiFS image, captured on May 31, 2001, shows the brownish smoke arcing from just east of James Bay southward past Lake Ontario, and then eastward across Long Island before being drawn back northward over the Atlantic towards the Island of Newfoundland. The smoky air was originally generated by the fires in Alberta, Canada.