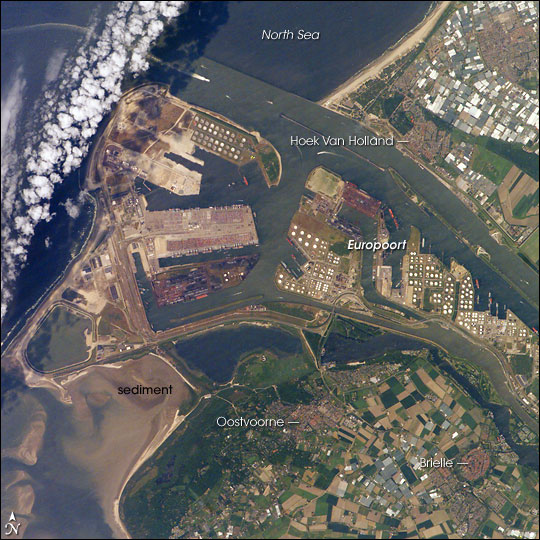 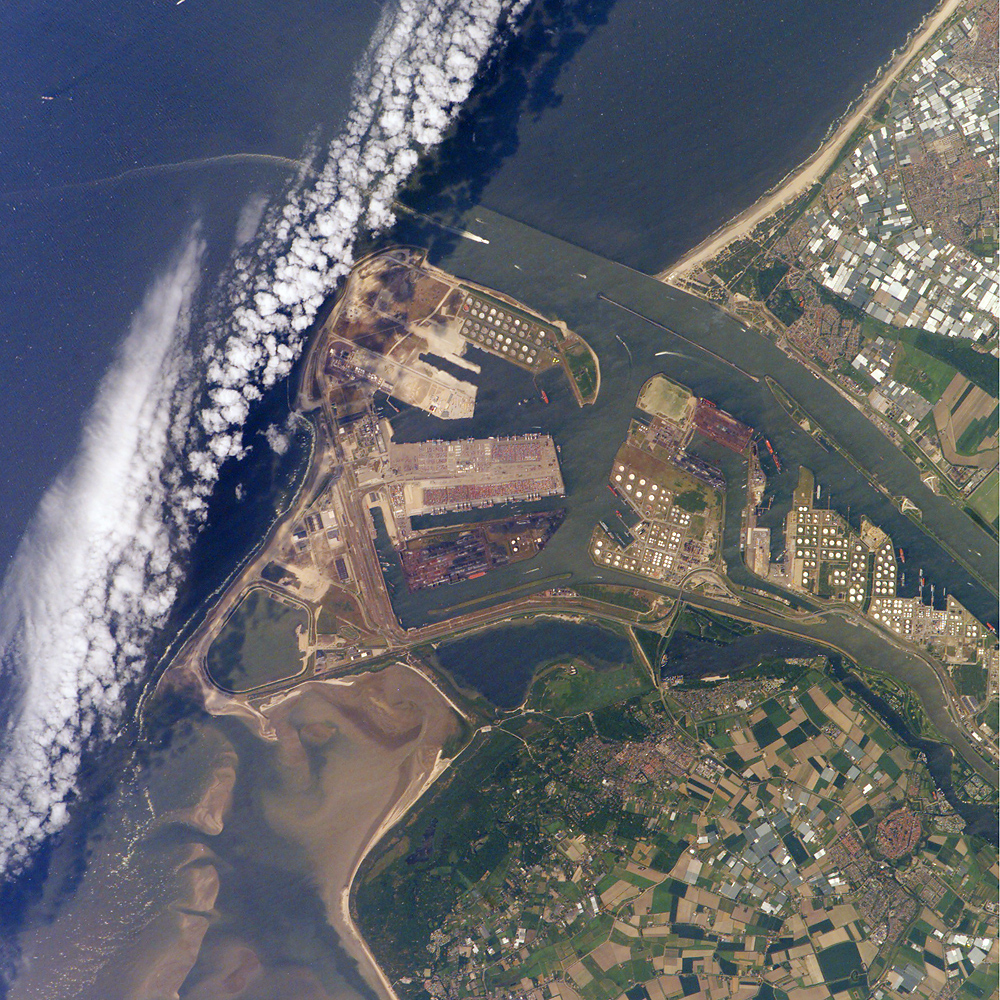 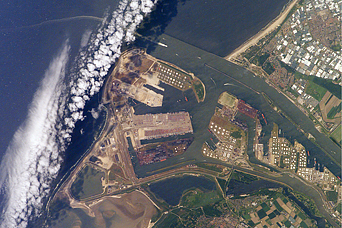 The Port of Rotterdam, also known as Europoort (Eurogate), has been an important trading center since approximately AD 1250. The history of the port reflects the evolution of the world’s economic base. Originally serving the North Sea herring fleets, it rapidly grew into a major mercantile port during the Dutch colonial period. The 19th century witnessed the Industrial Revolution, and steel and coal became major commodities passing through the port. Following the development of petroleum as a primary energy resource in the early 20th century, the port expanded westward to accommodate storage facilities and large oil tankers.

Astronaut photograph ISS011-E-7380 was acquired May 28, 2005, with a Kodak 760C digital camera with a 400 mm lens, and is provided by the ISS Crew Earth Observations experiment and the Image Science & Analysis Group, Johnson Space Center. The International Space Station Program supports the laboratory to help astronauts take pictures of Earth that will be of the greatest value to scientists and the public, and to make those images freely available on the Internet. Additional images taken by astronauts and cosmonauts can be viewed at the NASA/JSC Gateway to Astronaut Photography of Earth.