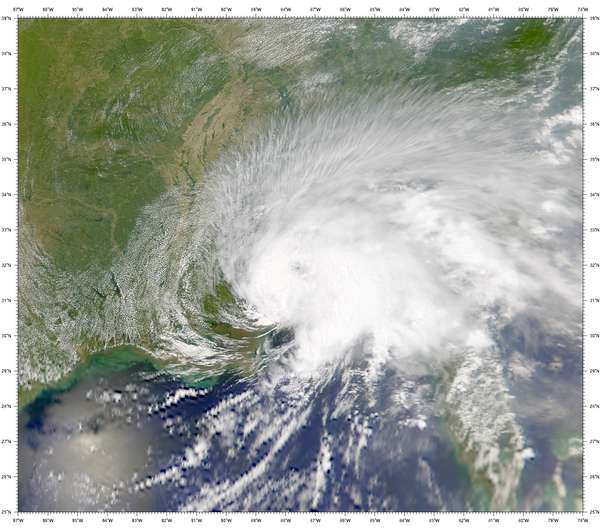 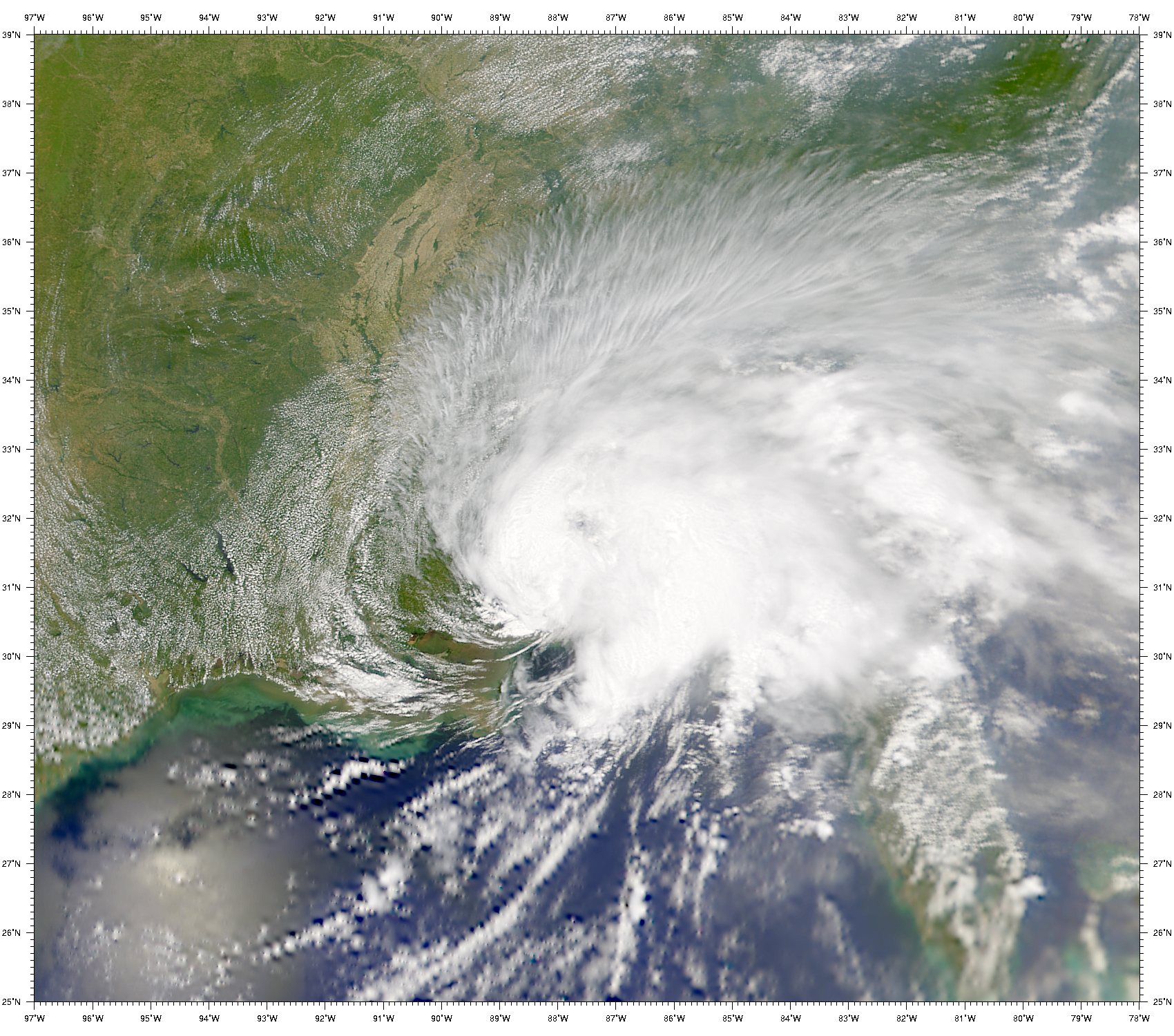 In this SeaWiFS image captured on June 15, 2001, the tropical storm named Allison is sitting over southeastern North Carolina. Also shown in this image is a widespread haziness over the eastern United States and over the Atlantic Ocean.