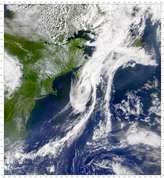 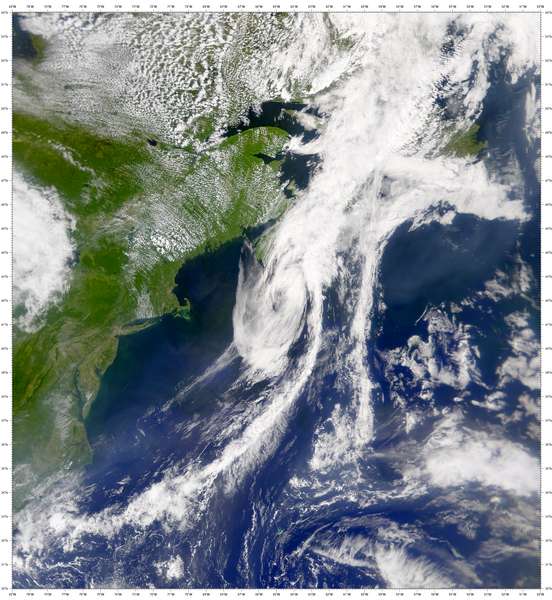 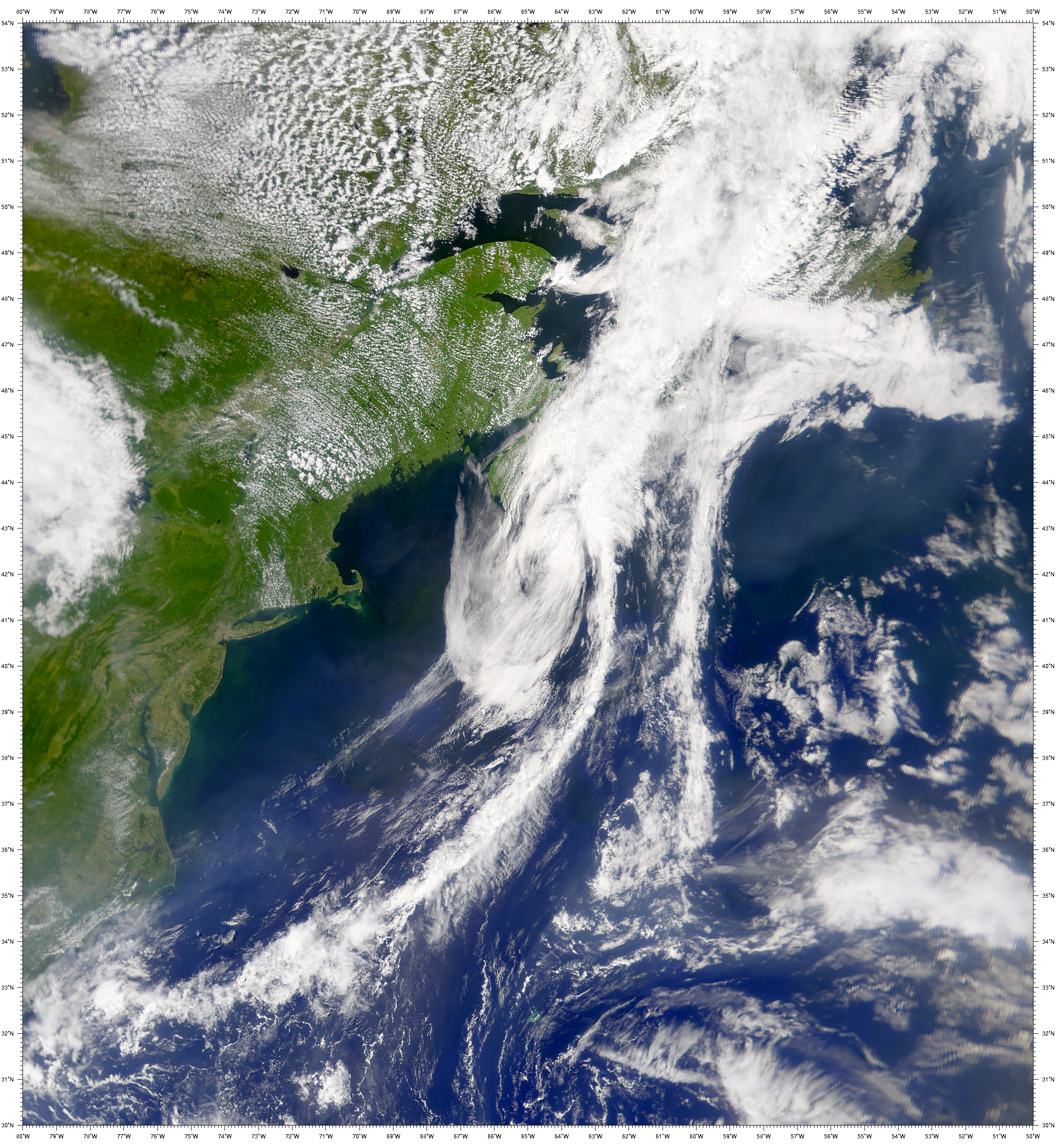 The remains of the storm named Allison still have a recognizable cyclonic shape east of Cape Cod in this SeaWiFS image captured on June 18, 2001.