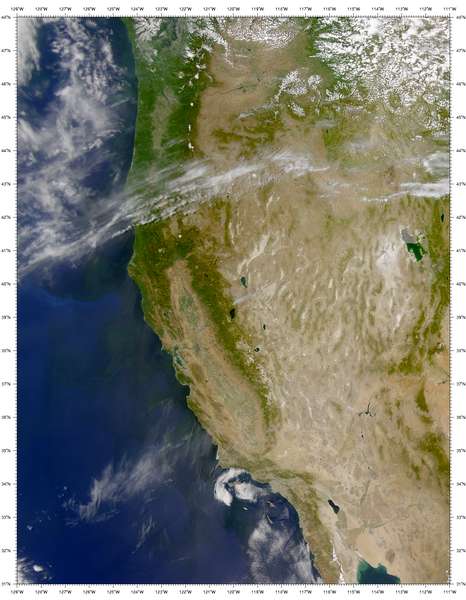 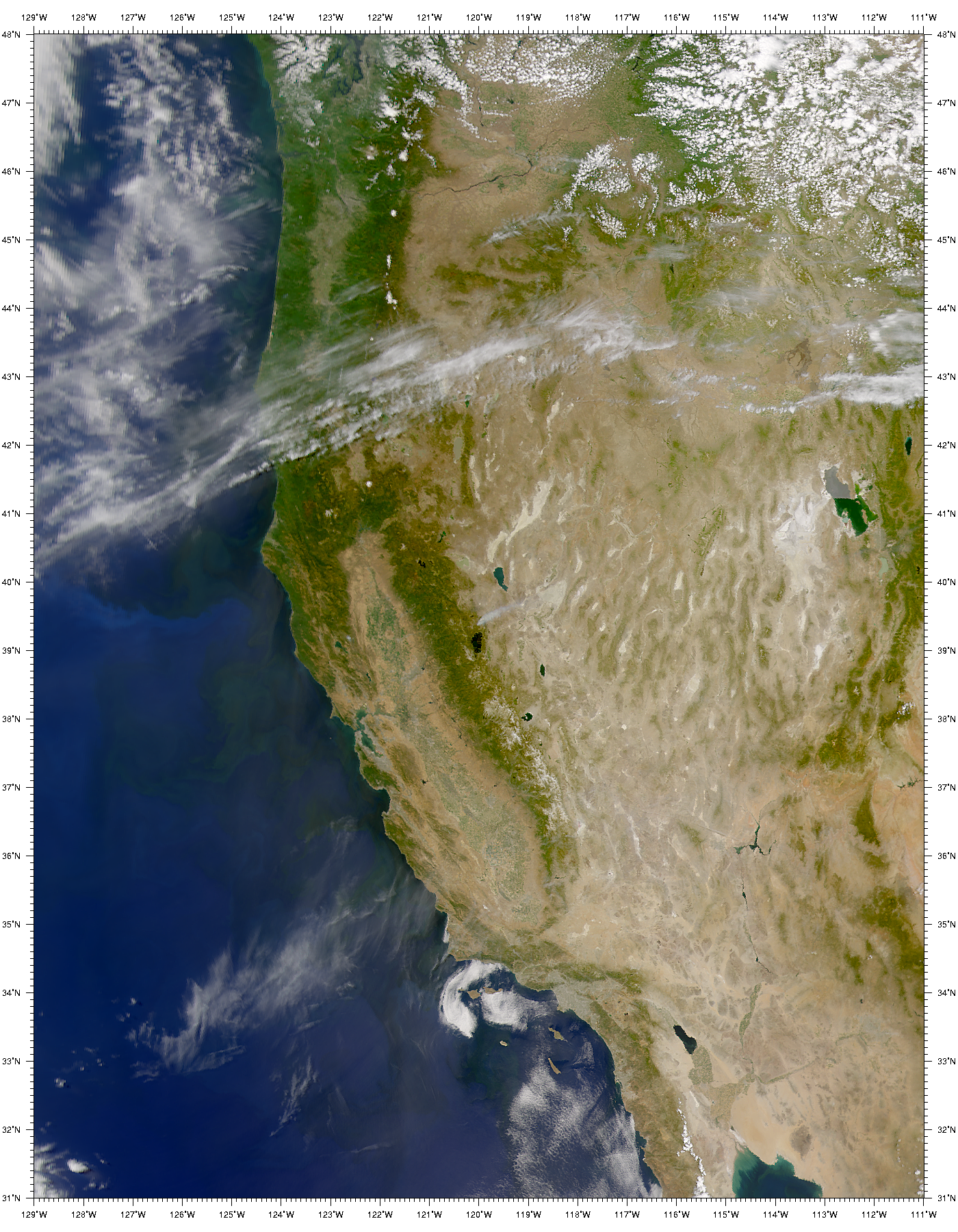 A large wildfire that was burning in the Sierra Nevada Mountains on June 18, 2001, crossed the border from California into Nevada, about 15 miles (24 km) west of Reno. Officials estimate that the fire has consumed about 20,000 acres of forest and shrublands. More than 1,600 firefighters were dispatched to battle the blaze. Luckily, no injuries or structural damage have been reported.

The Sea-viewing Wide Field-of-view Sensor (SeaWiFS) acquired this true-color view of California and Nevada. It is rare to see such a large area almost completely cloud-free. The smoke plume from the fire is visible just to the north of Lake Tahoe.

Also, note the greenish swirls of phytoplankton blooming in the Pacific along the California coastline.