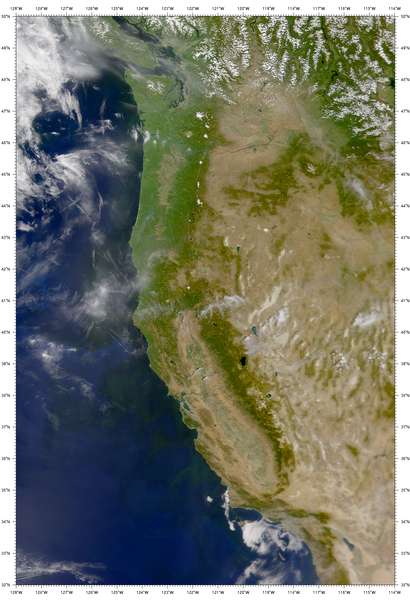 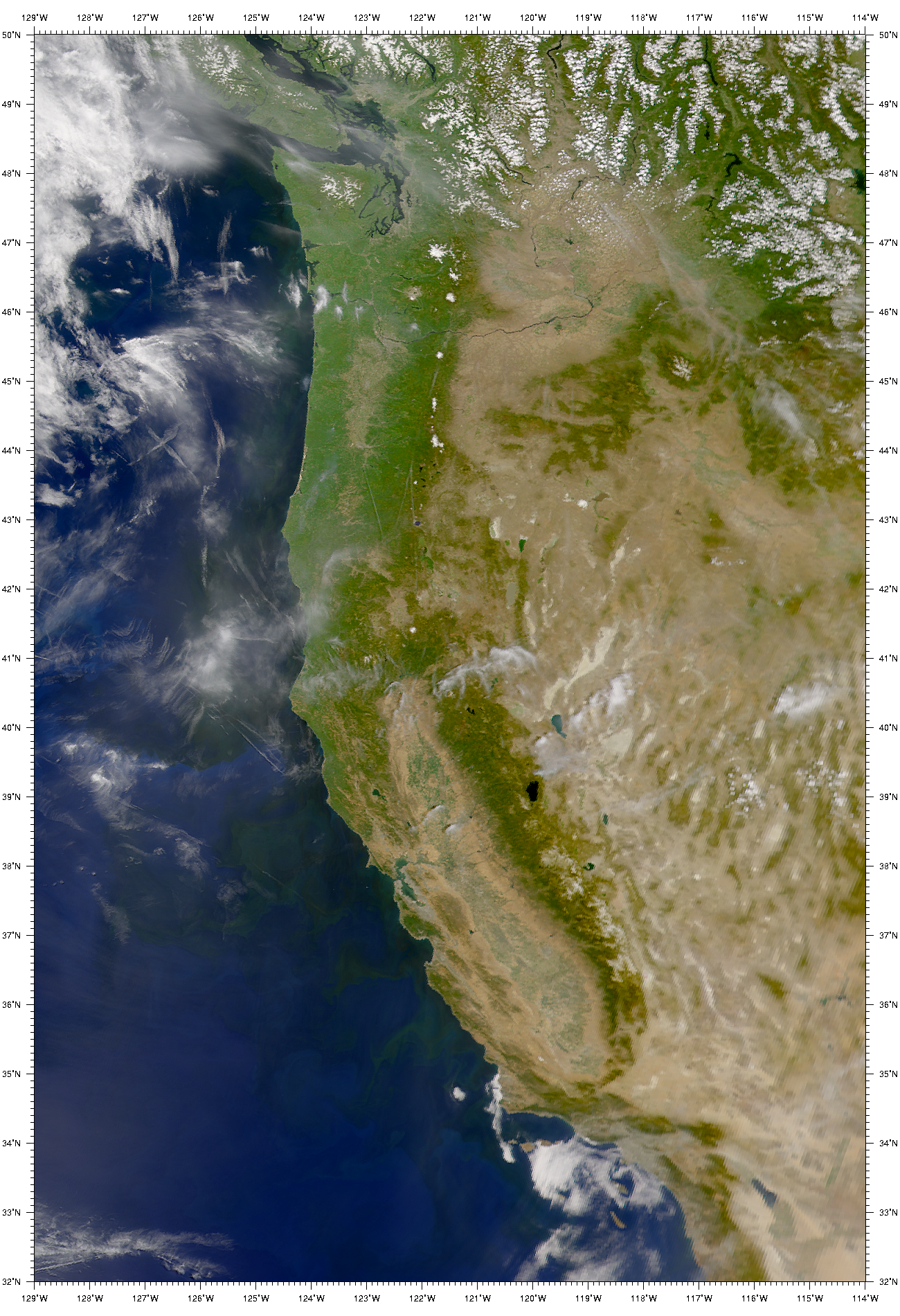 The western United States were relatively clear in this SeaWiFS image captured on June 19, 2001. The image still shows the smoke plume from the fires west of Reno, Nevada.