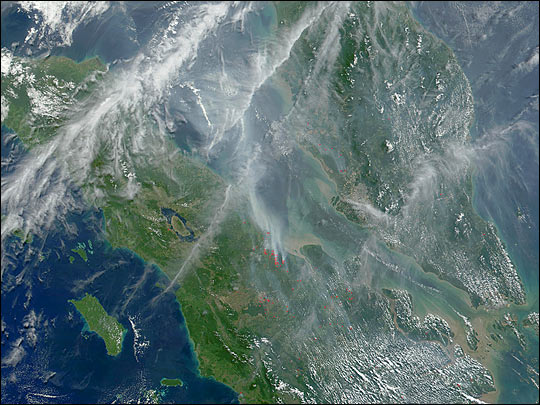 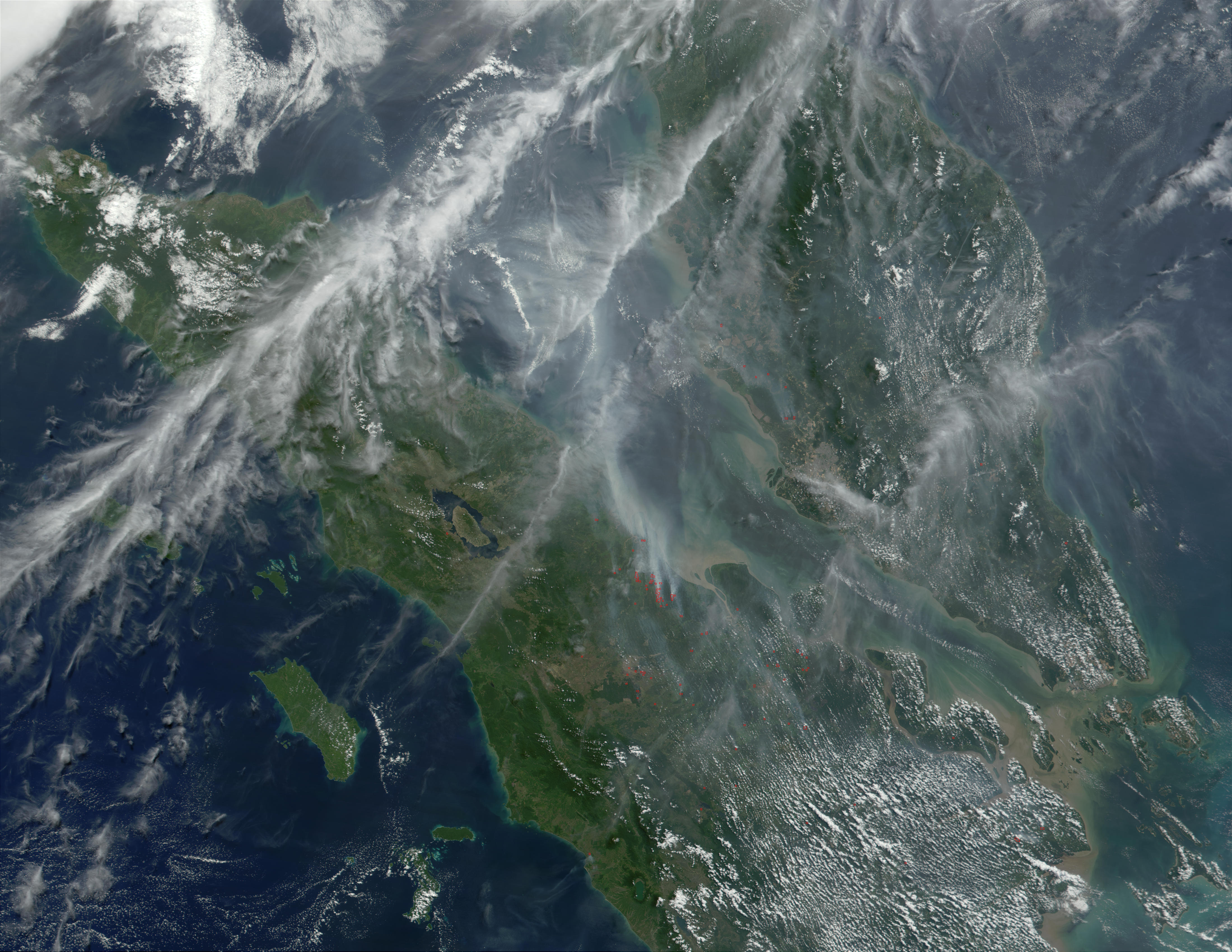 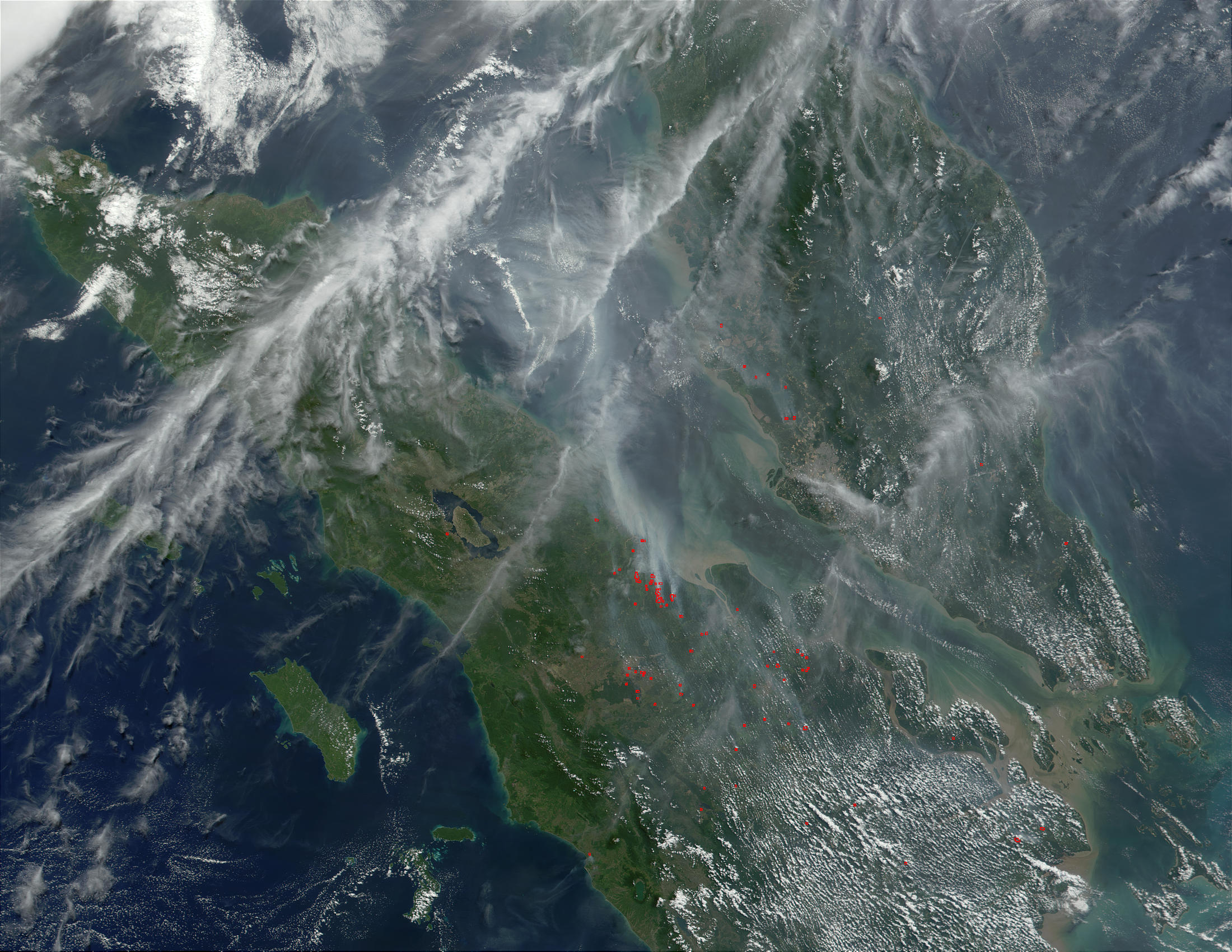 A number of island nations in the eastern Indian Ocean were shrouded in thick haze produced by a large number of fires burning in Malaysia and Indonesia last week (July 8-14, 2001). Hundreds more fires were being set even as the thick cloud of smoke already severely reduced visibility across the region, and officials warned that the level of pollution was getting dangerously high and unhealthy. The fires are being set primarily by farmers, taking advantage of the current dry season, to clear the land in preparation of planting the new season’s crops.

The pall of haze reaches as far north as Thailand on Asia’s mainland, stretches southward over the cities of Kuala Lumpur and Singapore, and spans across the Indonesian islands of Sumatra and Borneo from west to east. Visibility was reduced to about 500 m (1,640 feet) in some of the hardest hit areas, as school children were sent home and told not to play outside, and many who work outside must wear masks to protect them from the smoke.

This true-color image shows the portion of Malaysia located on the mainland Asian peninsula (upper right), and part of the Indonesian island of Sumatra to the west and south. Kuala Lumpur, the capital of Malaysia, is visible as the greyish-brown region on the western shore of the peninsula, while Singapore sits on the peninsula’s southern tip (mostly hidden by clouds in this scene). Red pixels show the locations of many fires and dark grey pixels show the smoke and haze resulting from the flames. The bright white wisps toward the upper lefthand corner of the image are clouds.

This image was acquired by the Moderate-resolution Imaging Spectroradiometer (MODIS), flying aboard NASA’s Terra satellite, on July 9, 2001.