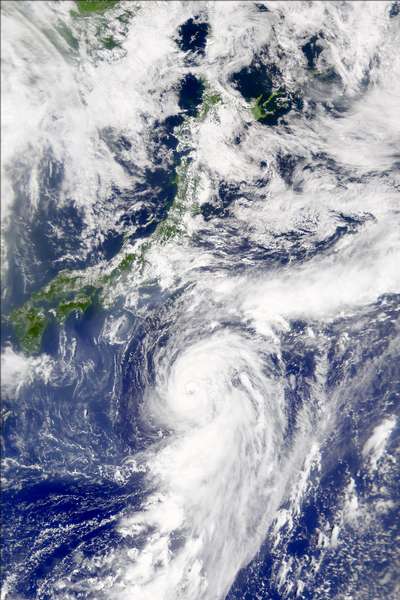 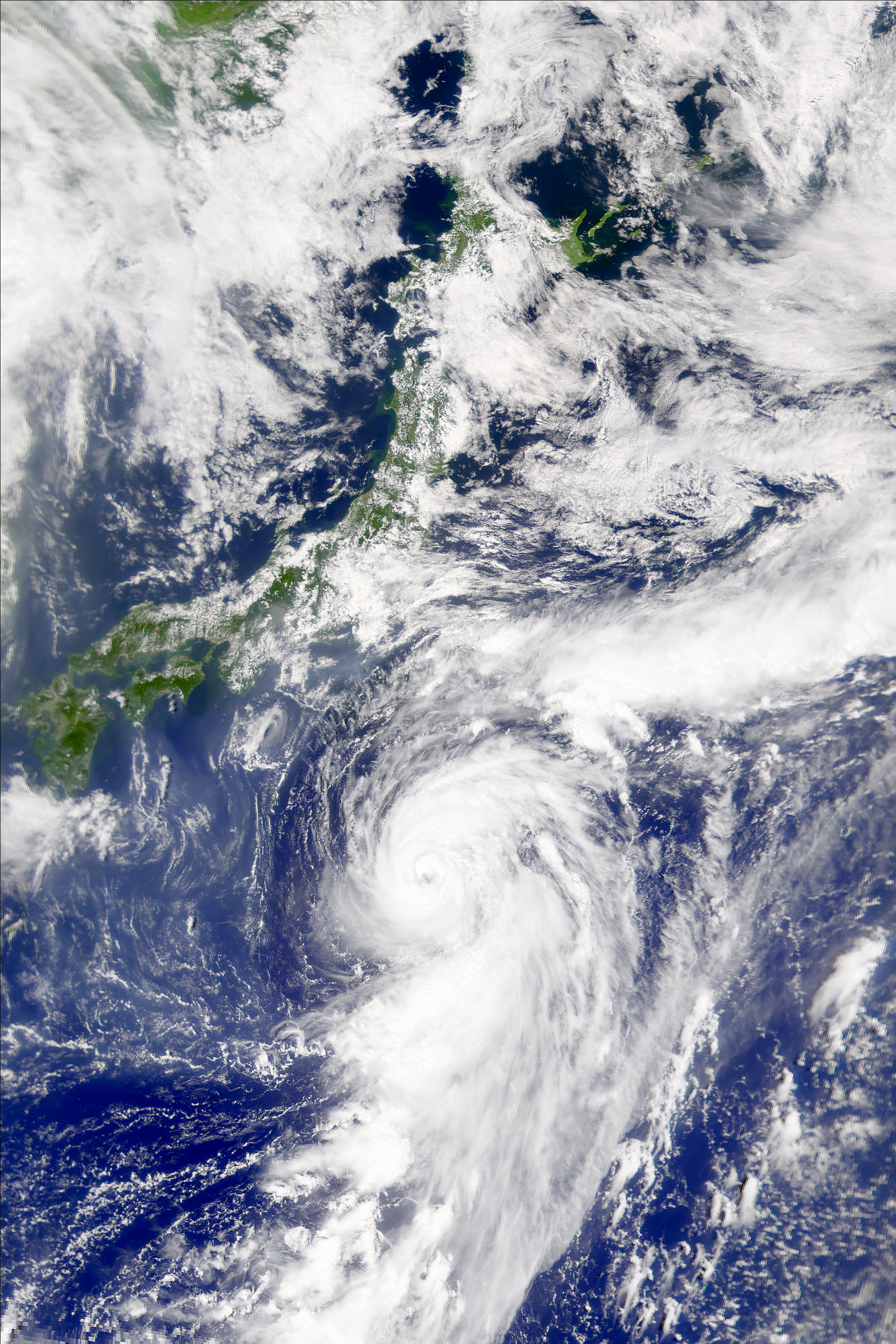 SeaWiFS caught this image of Typhoon Kong-Rey on July 26, 2001. When this image was captured (2:55 GMT), the eye of the storm appeared to be between Tokyo and Iwo Jima.