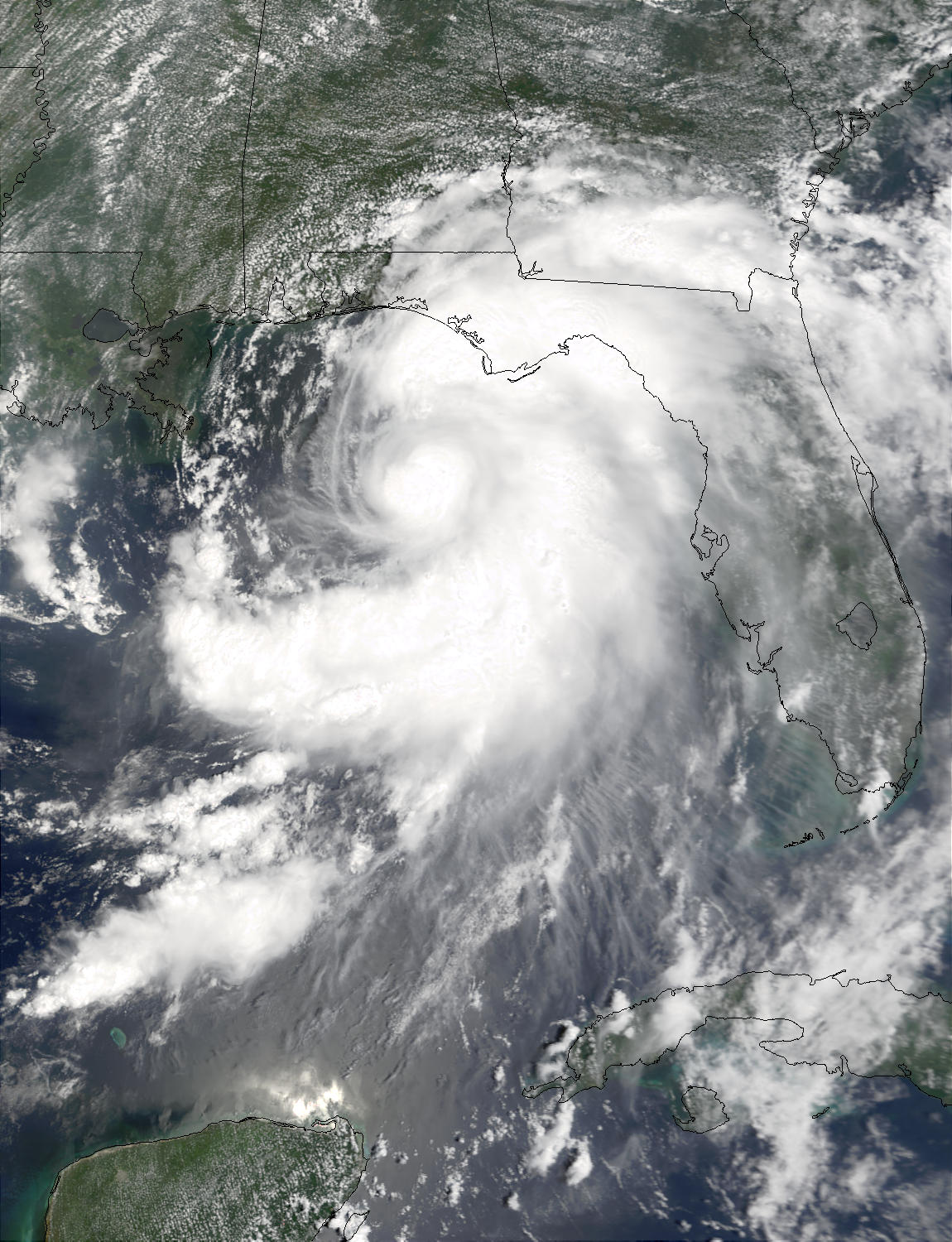 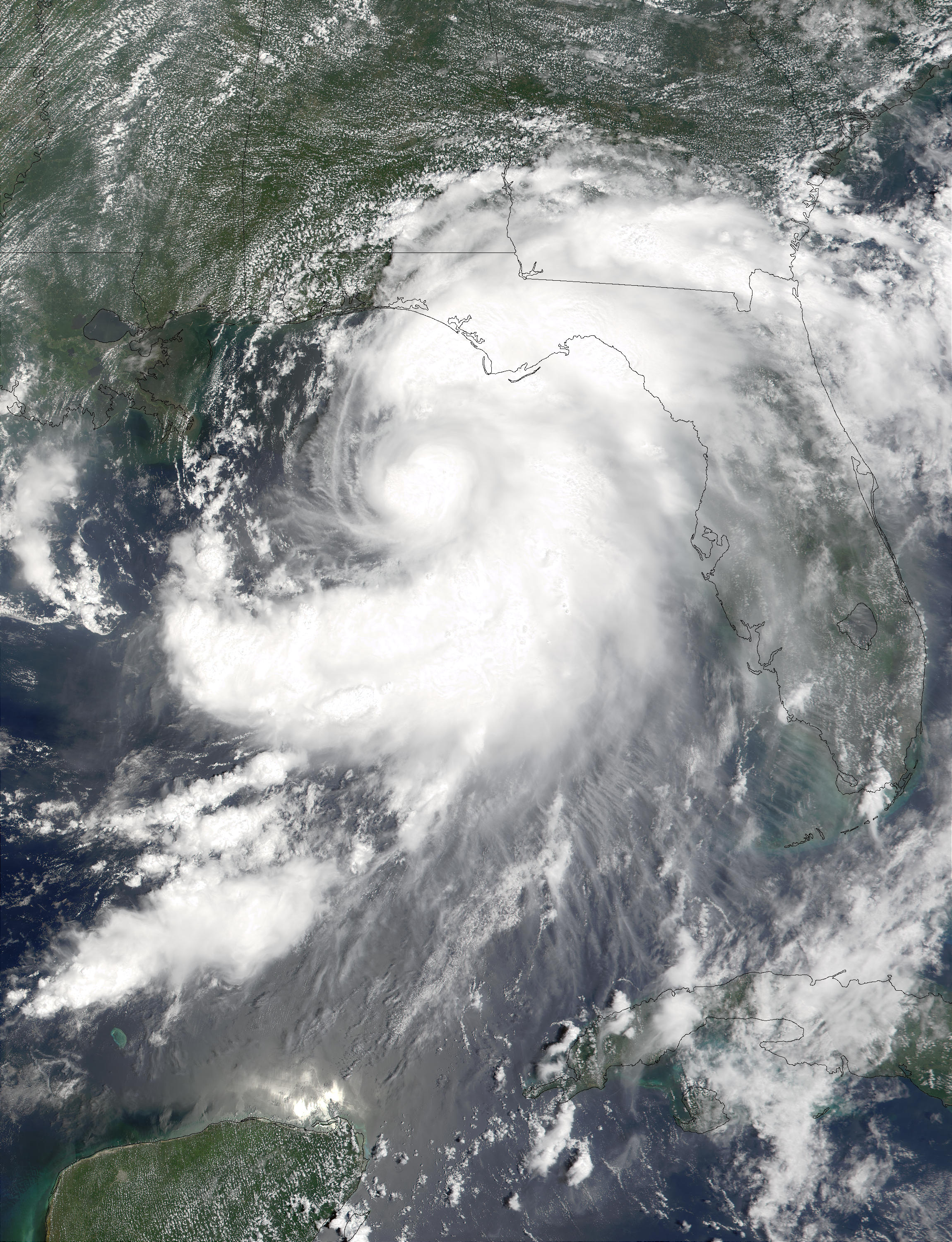 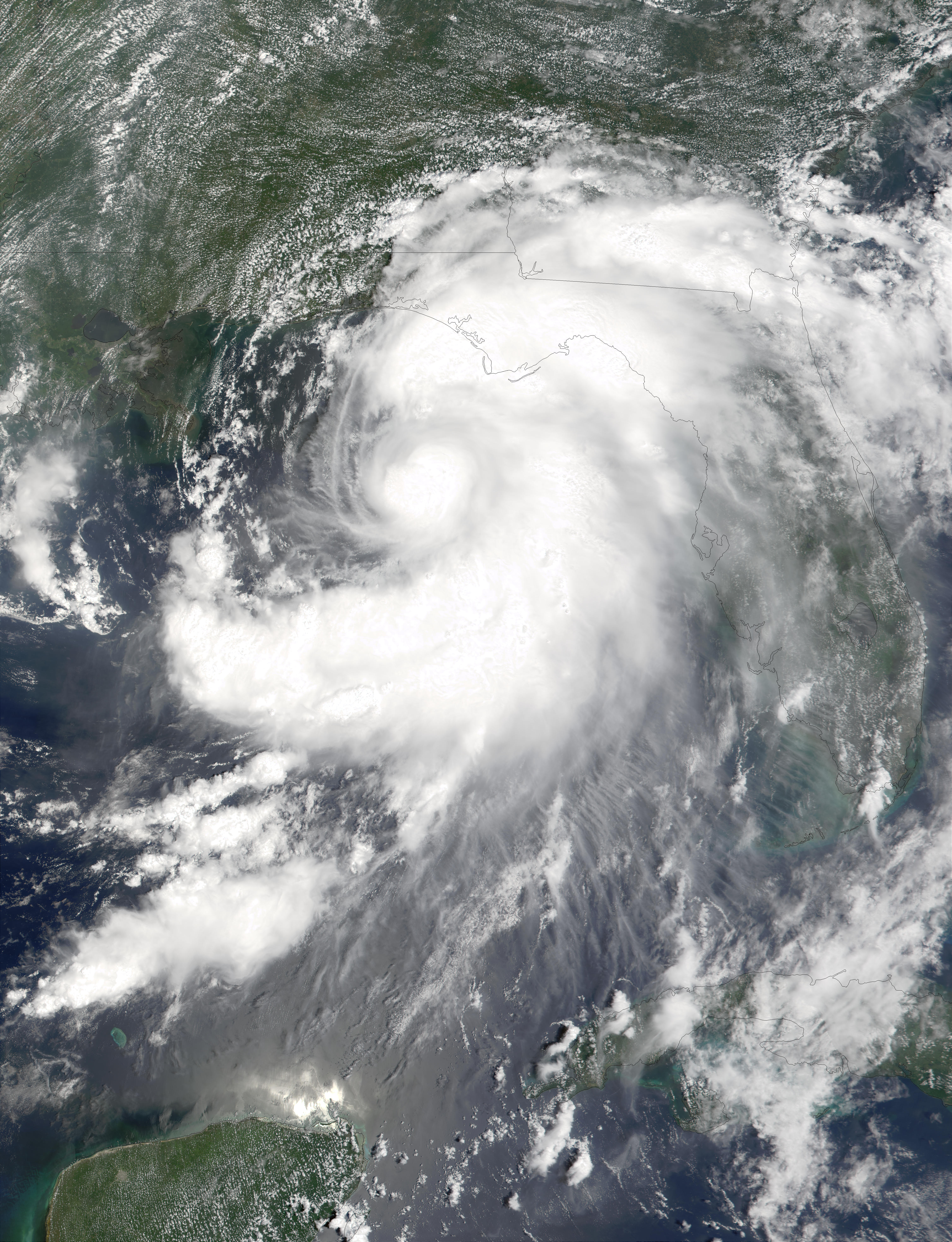 Tropical Storm Barry in the Gulf of Mexico

Although Tropical Storm Barry was downgraded to a tropical depression today (August 6, 2001), the threat of flooding and tornados is still hanging over the southeastern United States. This image, acquired by the Moderate-resolution Imaging Spectroradiometer on NASA’s Terra satellite, shows Barry stretching out over the Gulf of Mexico on August 5, 2001, the eye of the storm headed for western Florida. The outer band of clouds can be seen draped over Florida, southern Georgia, and southeastern Alabama.

The western panhandle of Florida was hit hard--with high winds and a 4-5 foot tidal surge. No fatalities have yet been reported. The storm is expected to continue moving slowly north-northwest, which will make flooding likely in the Mississippi Valley over the next few days.