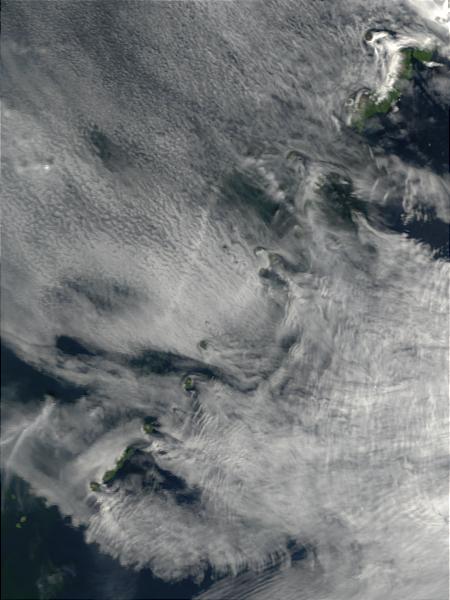 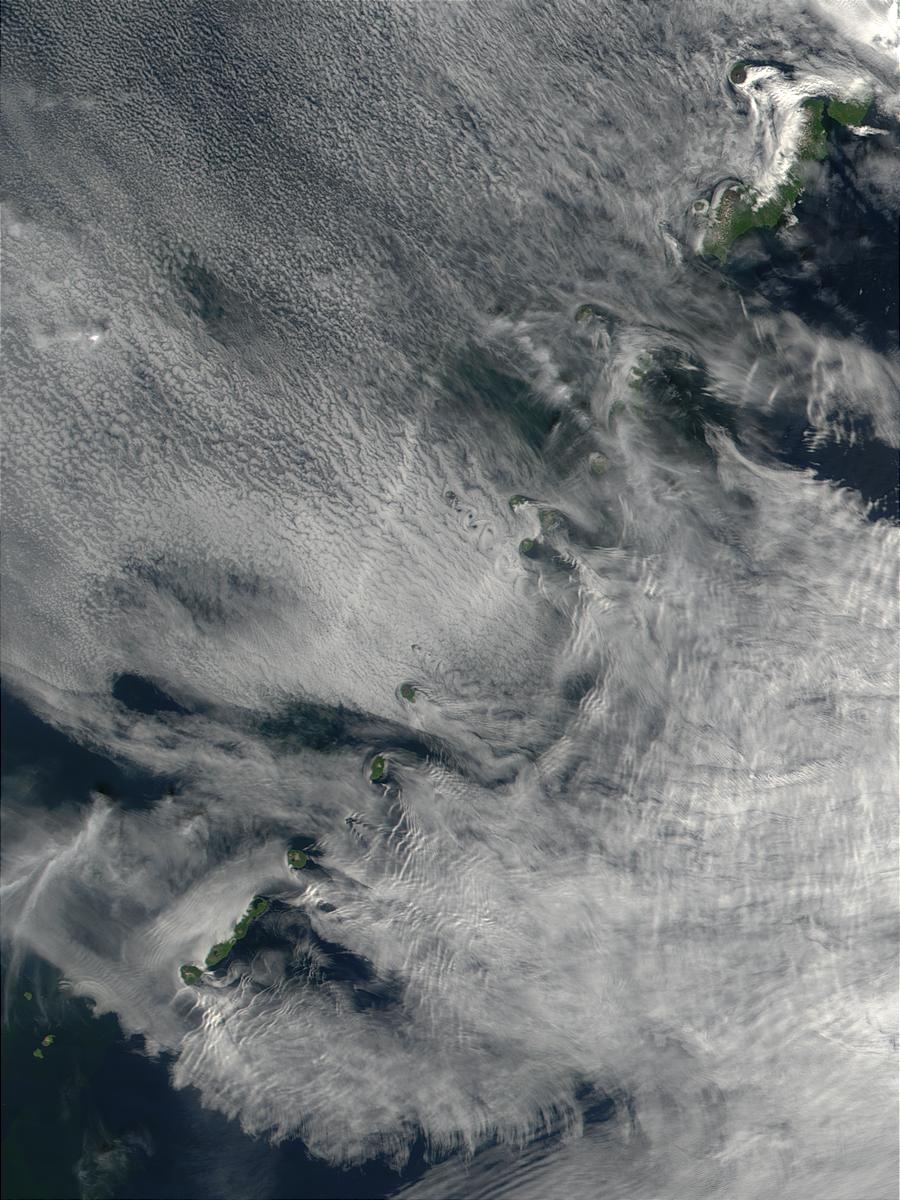 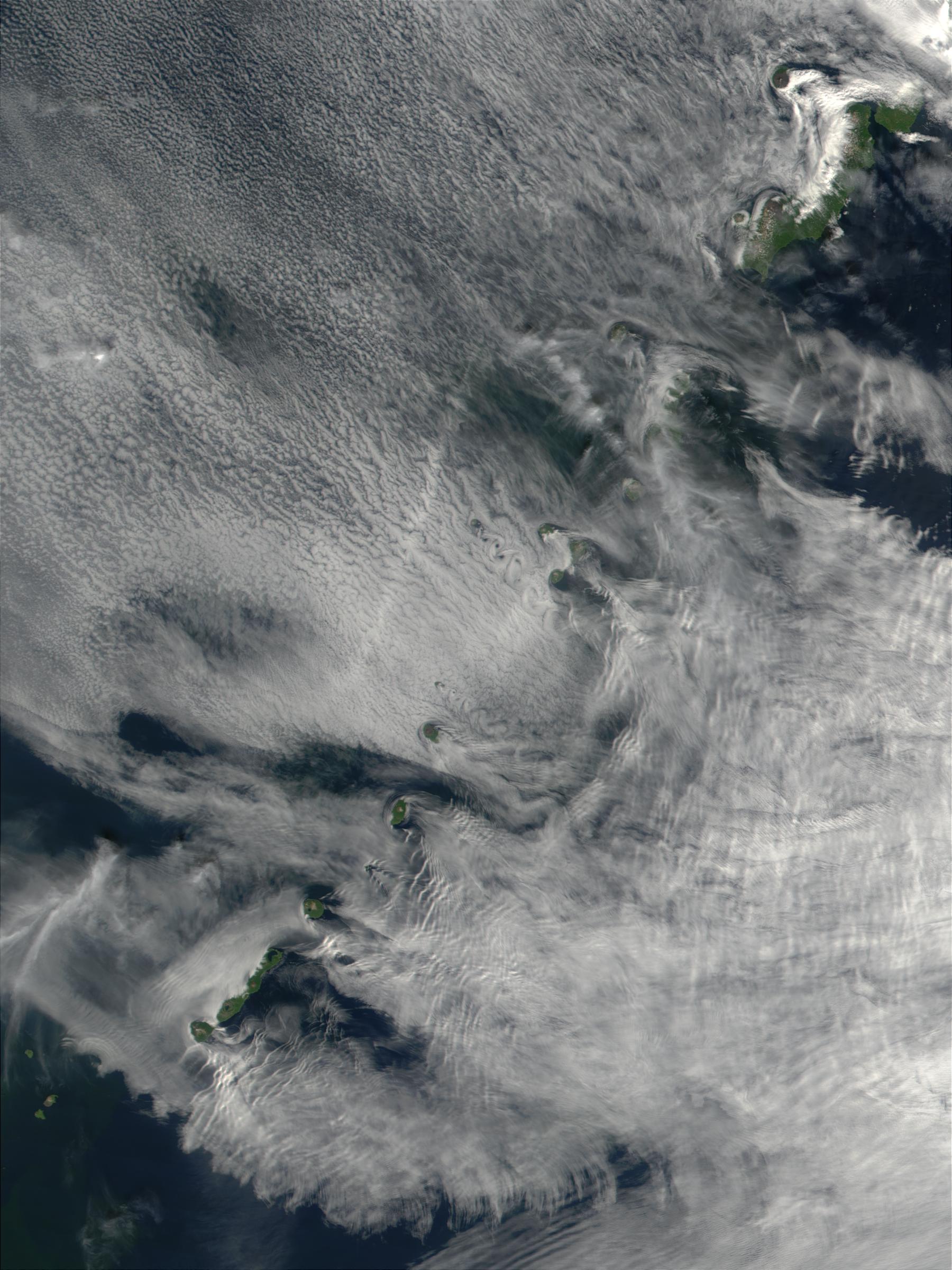 Running in an arc between Japan to the south and the southern tip of Russia's Kamchatka Peninsula to the north (neither of which are visible in the image), the Kuril Islands produce a wake effect in the region's clouds. The islands are between the Sea of Okhotsk to the northwest and the Pacific Ocean to the southeast.