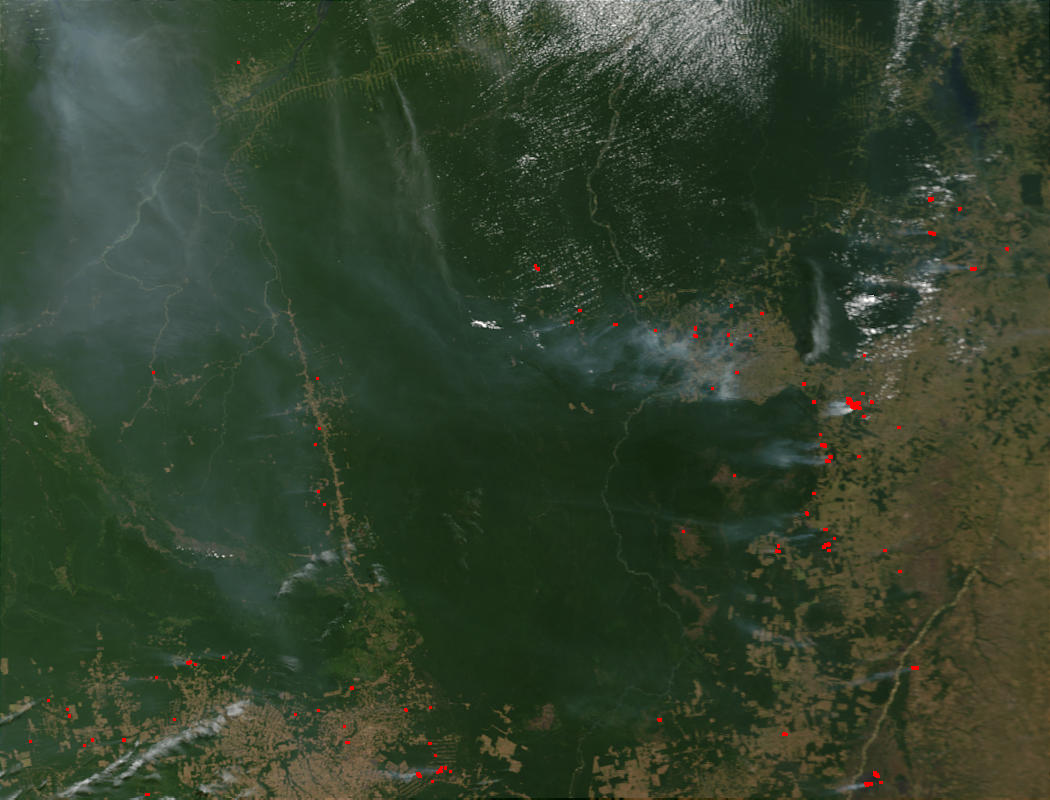 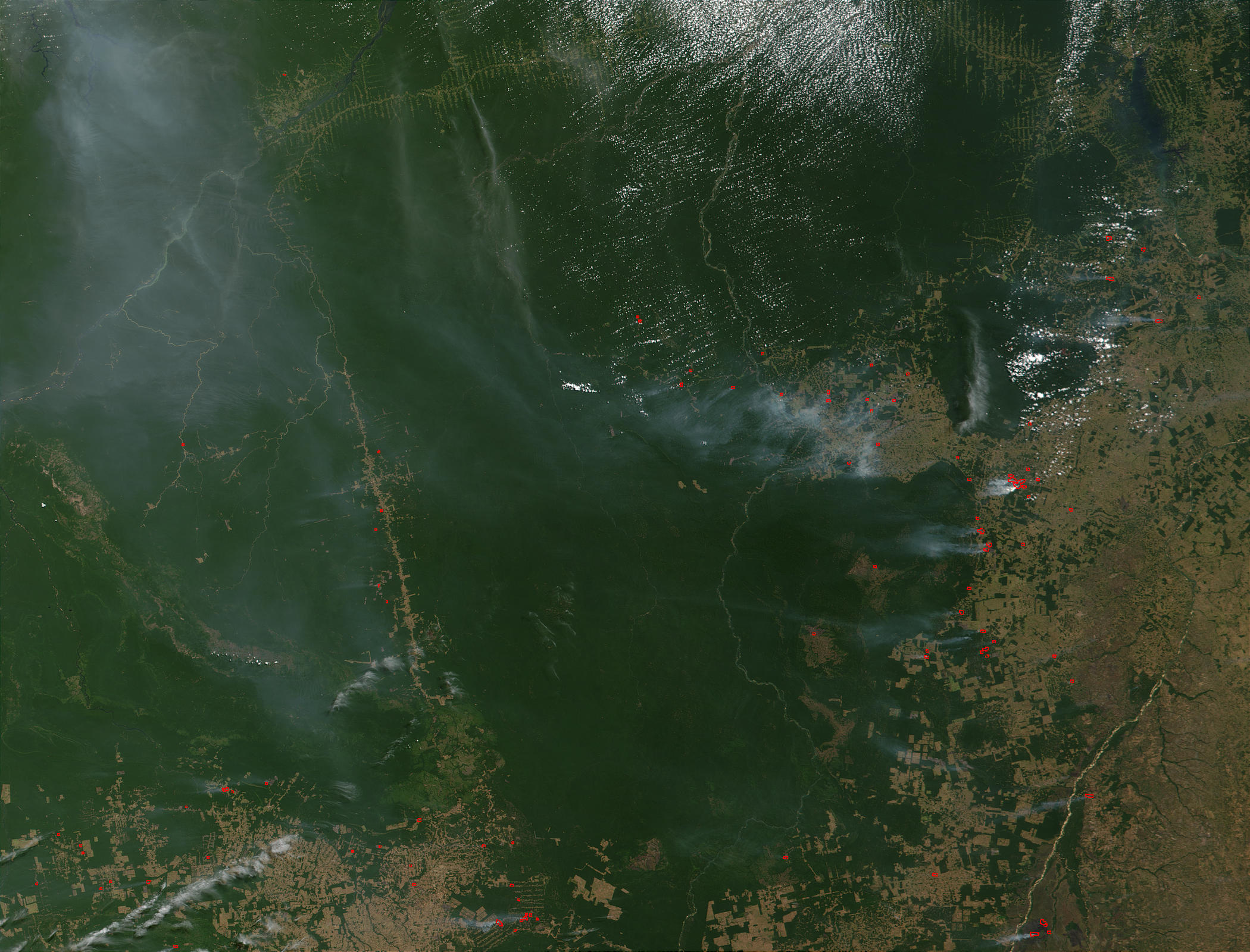 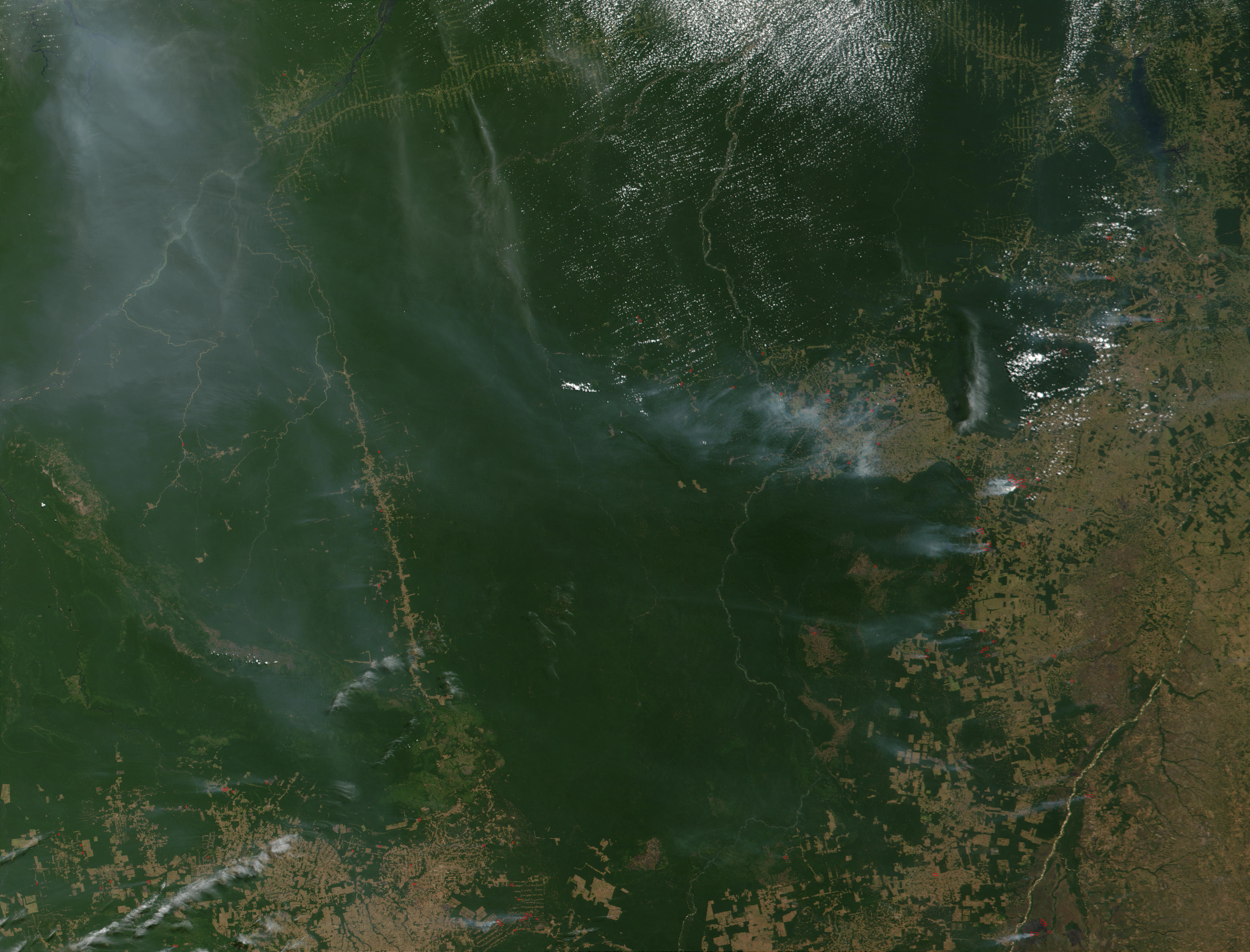 This true-color MODIS image highlights the increasing environmental pressures on South America’s Amazon River basin. The area shown is part of the Brazilian state of Pará. In the far upper right corner is the reservoir created by the Tucuruí Dam on the Tocantins River, a huge hydroelectric project that was constructed amid controversy over negative environmental impacts and human rights violations. According to a report released in November 2000 by the World Commission on Dams, the project ultimately displaced over 14, 000 indigenous people, resulted in high rates of fish mortality, and provided breeding grounds for increasing numbers of mosquitoes, which increased occurrence of malaria.

The area shown in this MODIS image, which is south of the Amazon River, also indicates that the region’s forests are increasingly under pressure. With fires (red dots) on all sides, this vast tract of rainforest is being encroached upon by deforestation for farming and cattle ranching. Deforestation is especially evident in the lower right of the image, which is virtually denuded except for thin stretches of vegetation that remain along the banks of the creeks that feed the Araguaia River, which runs southwest from the center of the image’s right edge. The impact of deforestation on water quality in the Araguaia seems clear; the brown water is likely an indication of sediment that washes unchecked into the river. Does a similar fate await the Xingu River, seen running north to south to the west of the Araguaia? In the heart of the forest, a road deviates southward from the course of the Tapajós River (upper left, beneath the smoke), bringing fires with it.