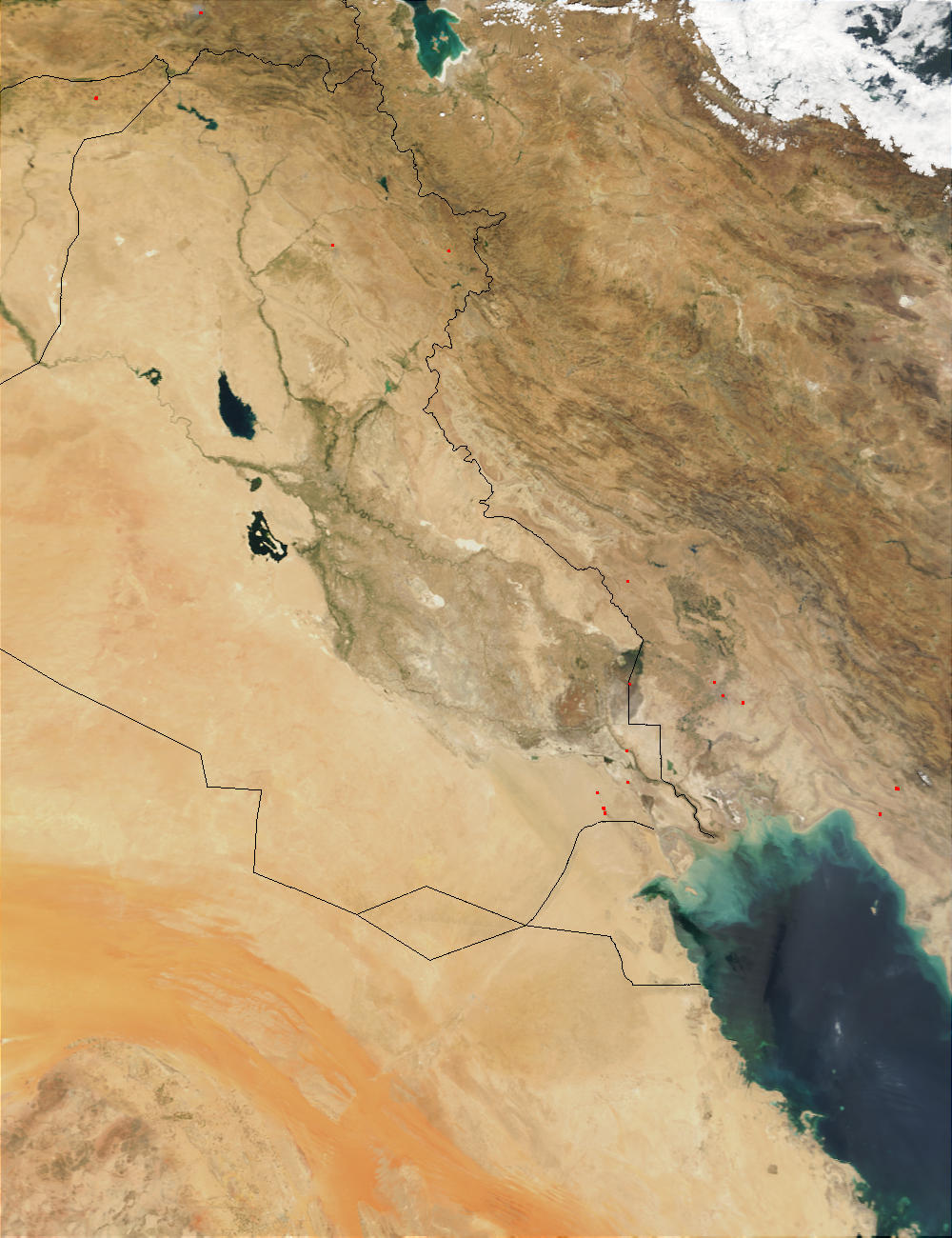 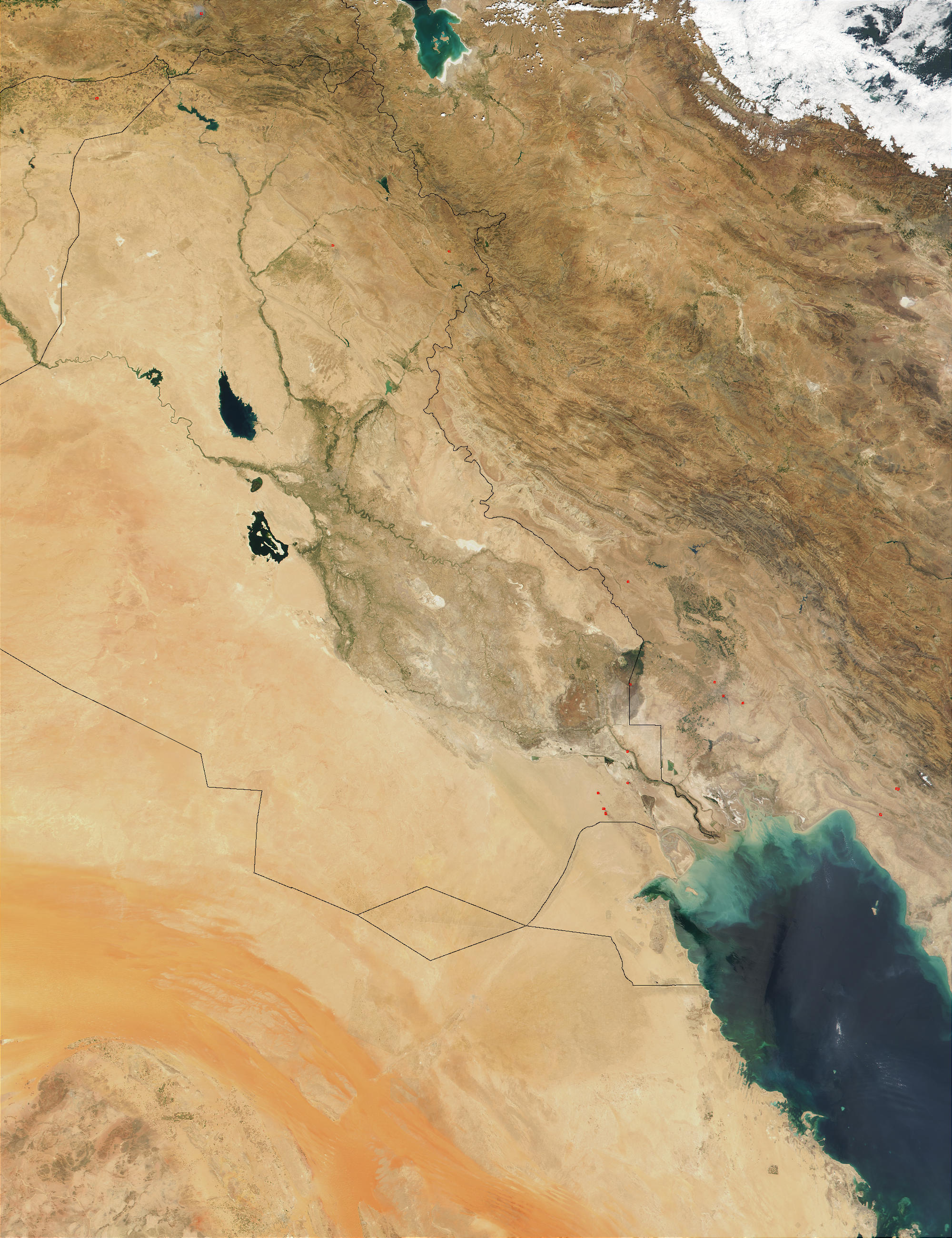 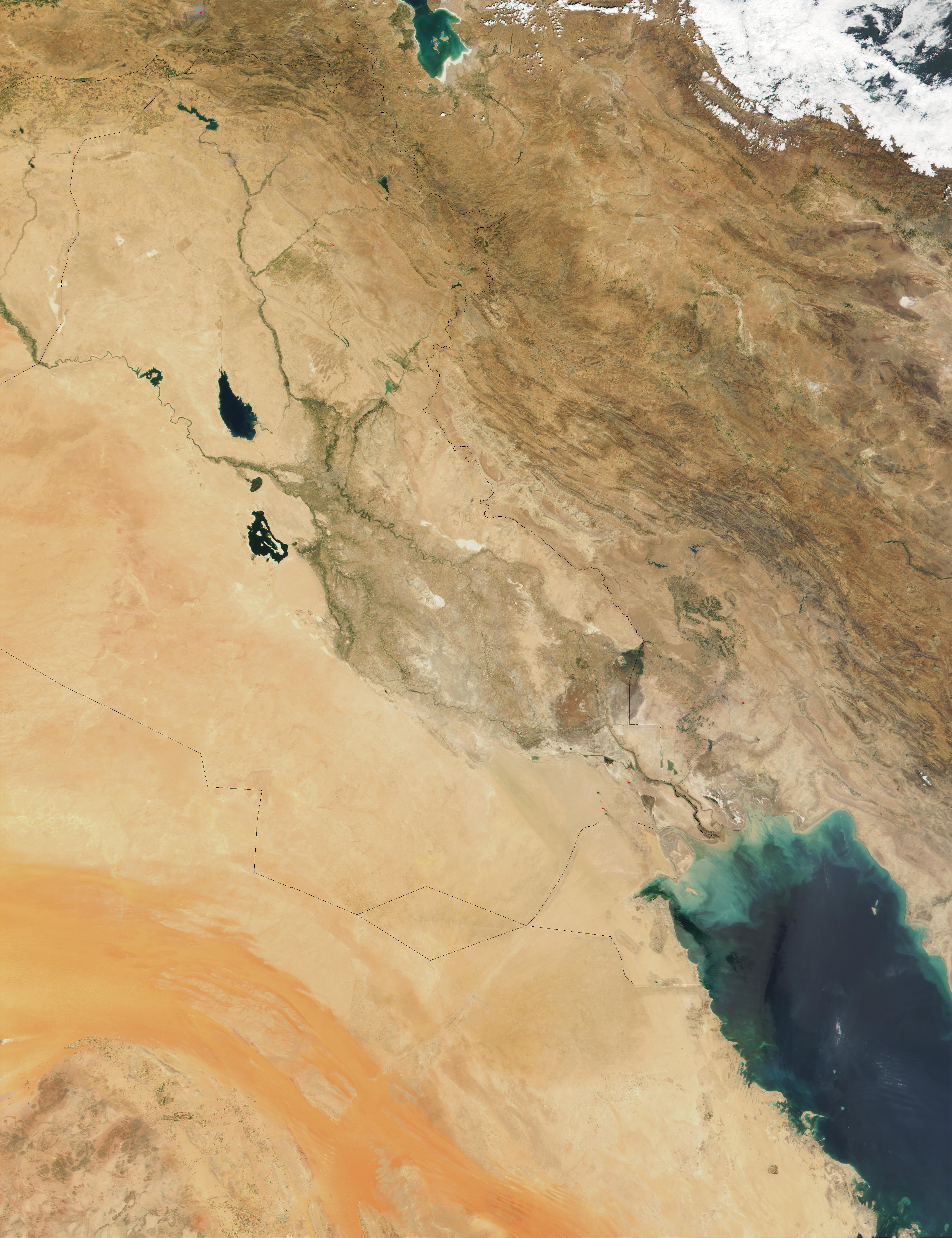 Running through the deserts of Iraq (image center) are the Tigris (right) and Euphrates (left) Rivers. The land between the confluence of the two rivers is the culturally, historically, and ecologically significant Mesopotamian Fertile Crescent, situated just southeast of center in this true-color image from NASA’s Moderate-resolution Imaging Spectroradiometer (MODIS), acquired on August 29, 2001. Recent reports estimate that within the past two decades, over 85 percent of the wetlands making up the Fertile Crescent have disappeared due to demand for irrigation in the region.

In the 250-m (full resolution) image, several remarkable features can be seen. Desert sands and sediments are pouring into the Persian Gulf, bottom right, bringing nutrients that have supported a phytoplankton bloom that colors the waters of the Gulf bright blue and green. In the upper right, beyond the mountainous terrain of northern Iran, the Caspian Sea is banked in by clouds. In the lower left of the image, the reddish-orange sands of Saudi Arabia’s An Nafud desert stretch eastward and become the Ad Dahna’, a narrow band of sand mountains also called the River of Sand.

Several manmade features are also apparent. At Iraq’s southeastern border with Kuwait, burning oil smoke is visible. Crisscrossing the deserts of southern Iraq and Saudi Arabia are white lines that reveal the location of oil pipelines. The unusual polygonal shapes that appear to the east of the Ad Dahna’ are areas that are protected from grazing.

MODIS is one of five sensors flying aboard NASA's Terra satellite.