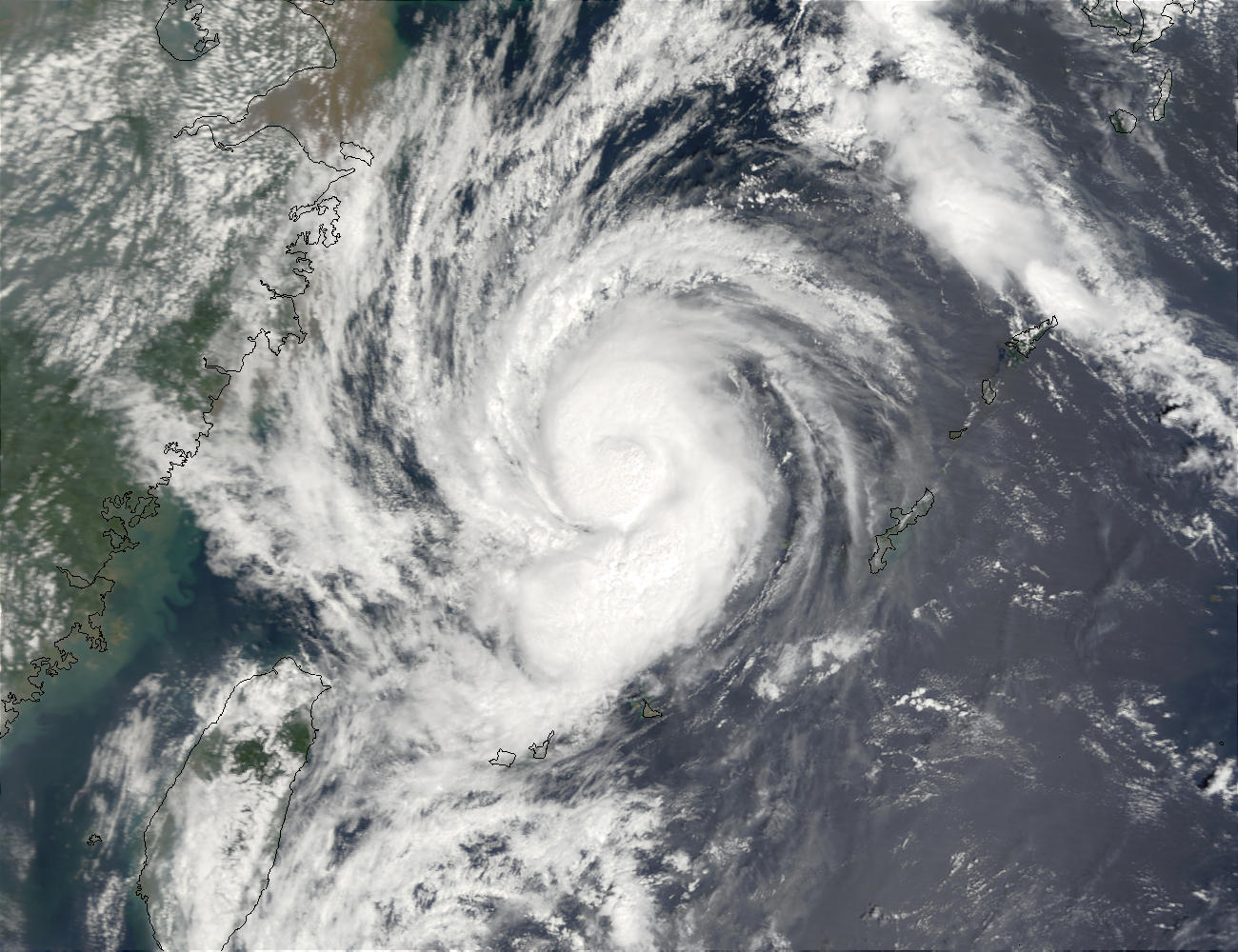 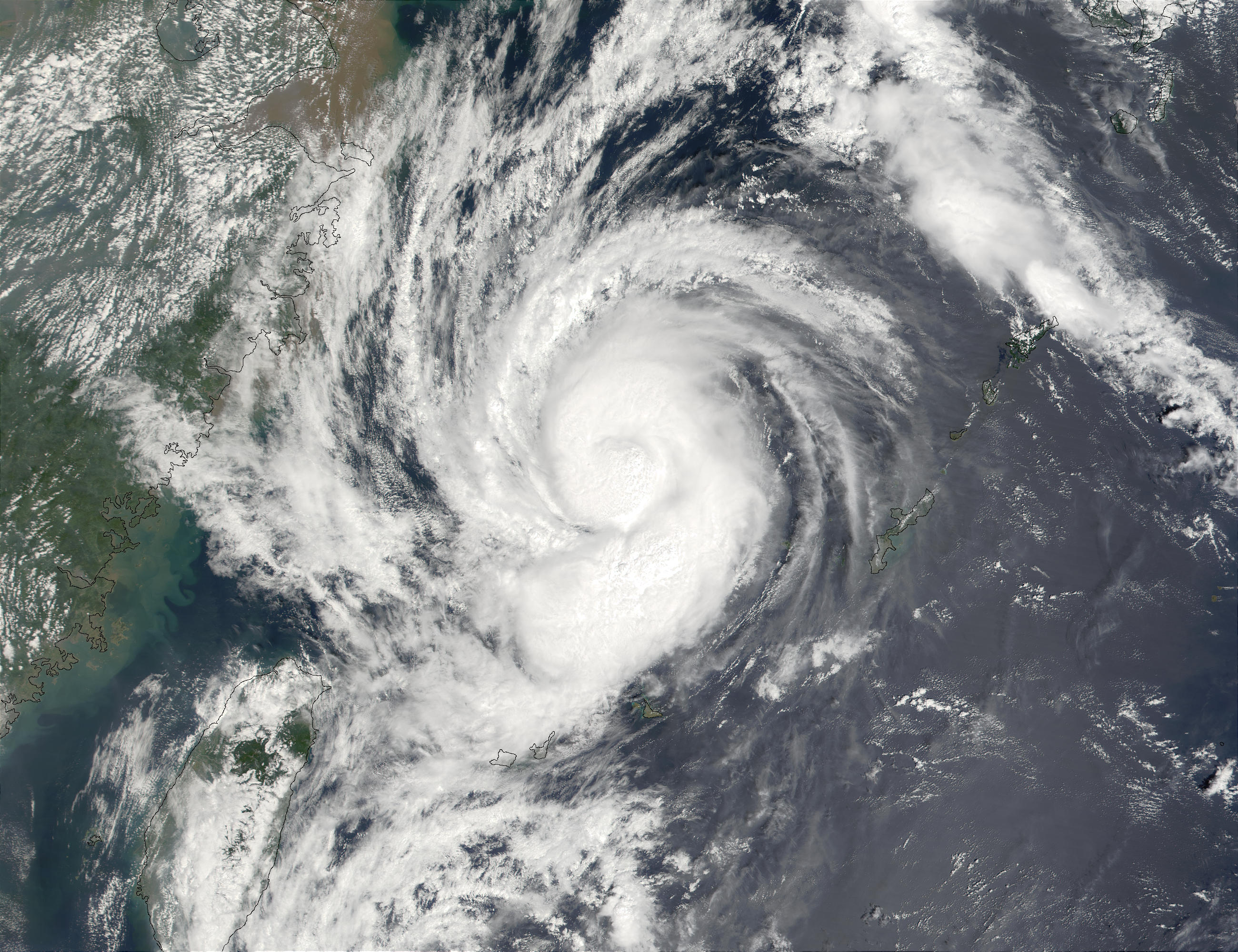 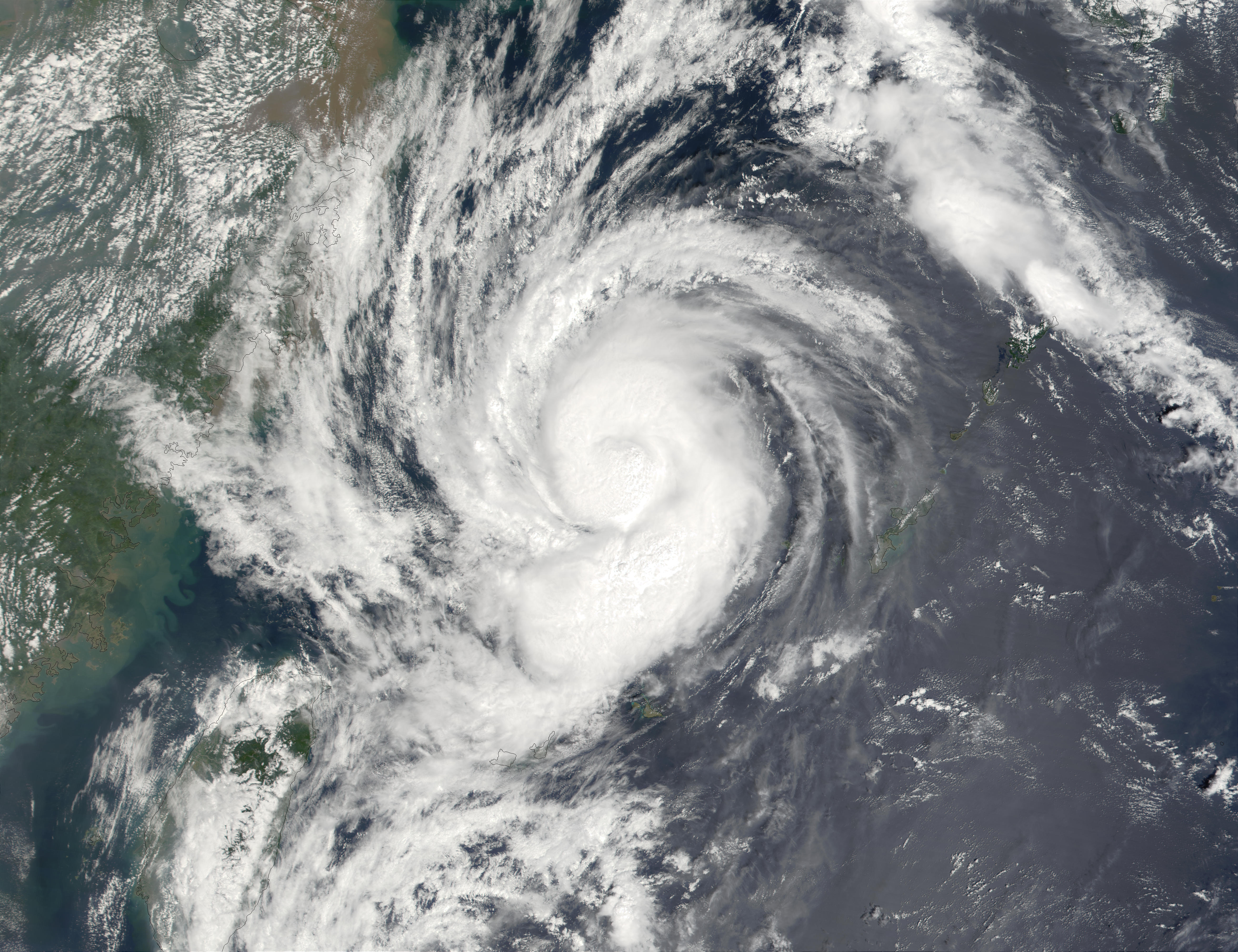 Typhoon Nari (20W) off the coast of China and Tapei

Typhoon Nari seems to have overtaken the entire East China Sea in this true-color MODIS image from September 9, 2001. Nari is situated between China on the left; Taiwan, at bottom left; and the Ryukyu Islands, whose outlines arc around the right of the image. The center most island is Okinawa. Nari has been forecasted to drift southeastward for a time, and then reverse course to move westward. The tracks of cyclones and hurricanes are influenced strongly by the prevailing winds in a region. At higher latitudes the winds tend to be from the west, pushing storms eastward. At lower latitudes, prevailing winds typically come from the east, pushing storms westward. Nari's location in the East China Sea puts it in a zone of transition with respect to prevailing winds, which means that it may be steered alternatively by winds from either direction. A similar phenomenon often happens to storms and hurricanes that enter the Gulf of Mexico.