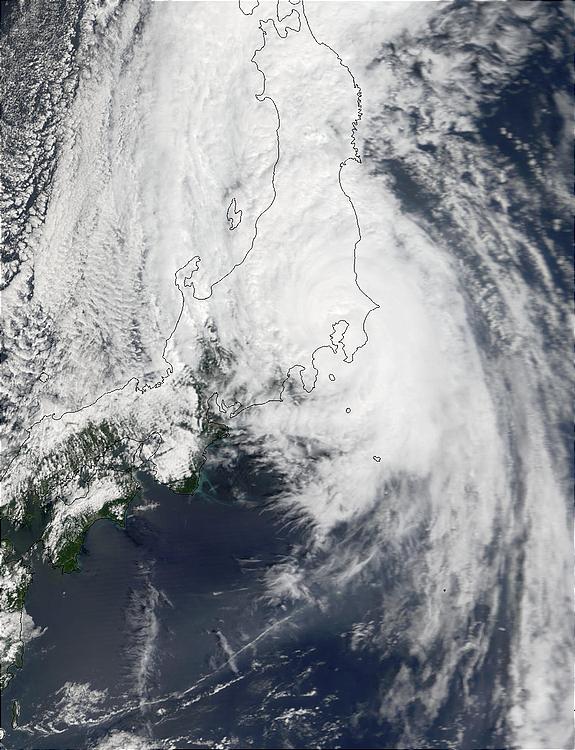 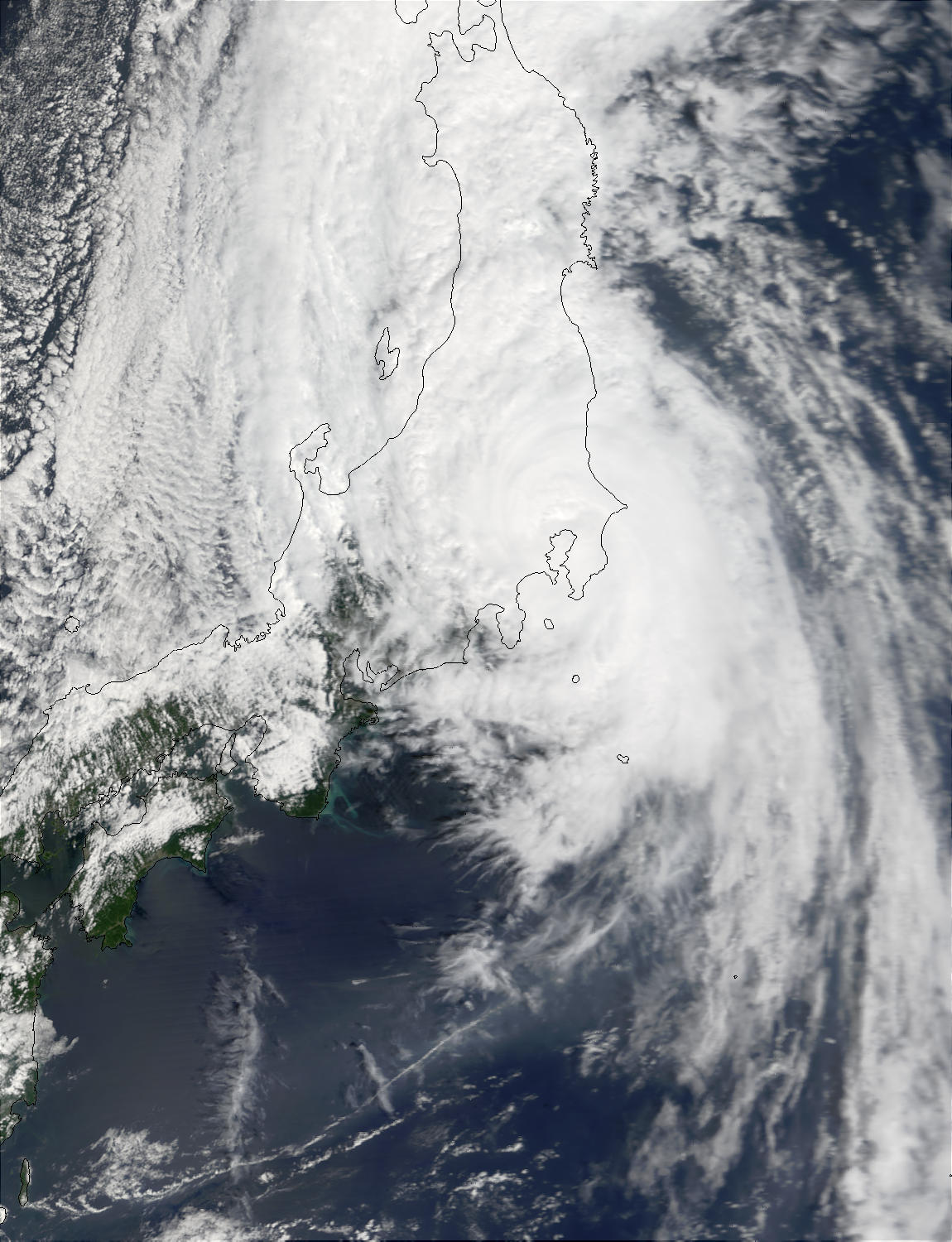 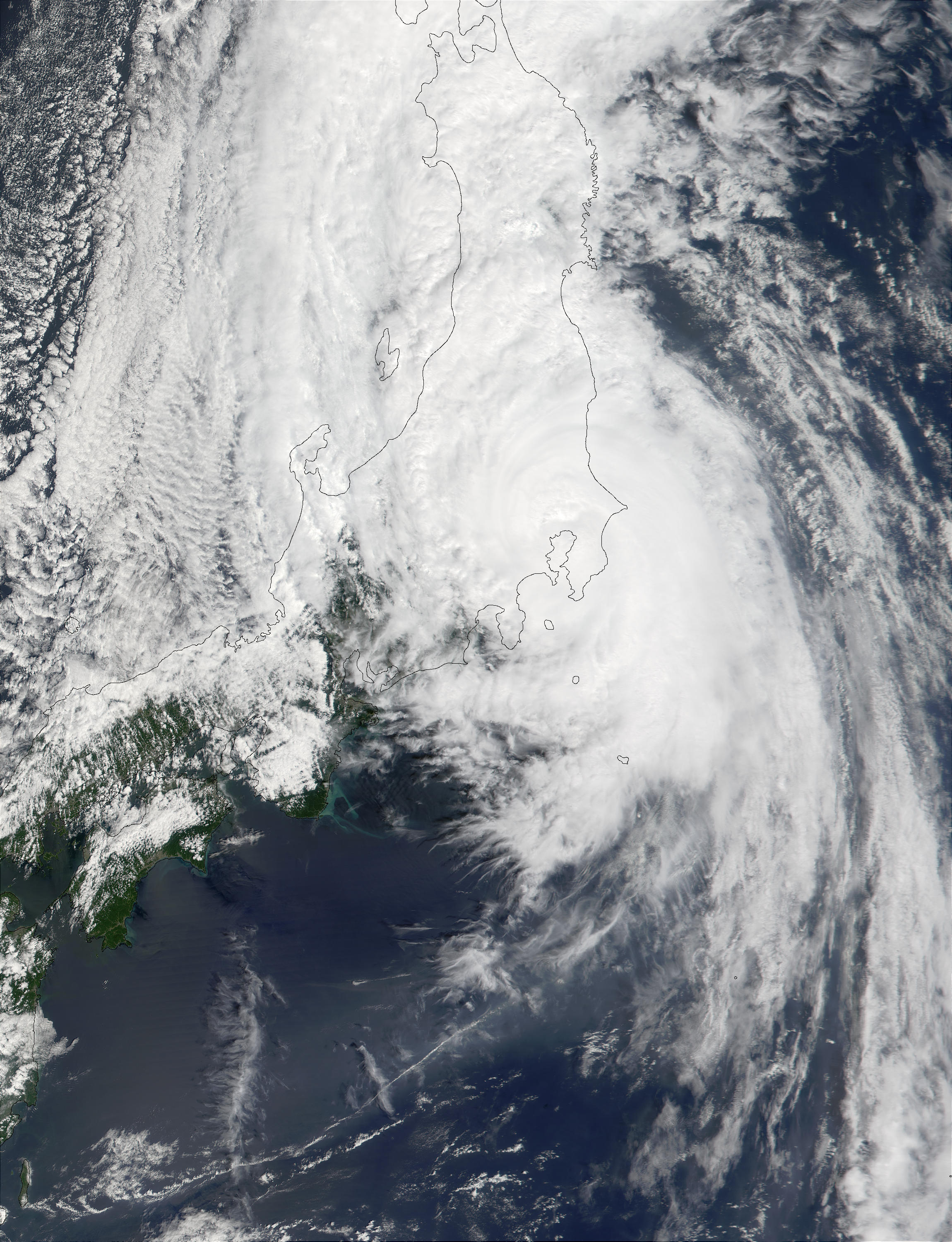 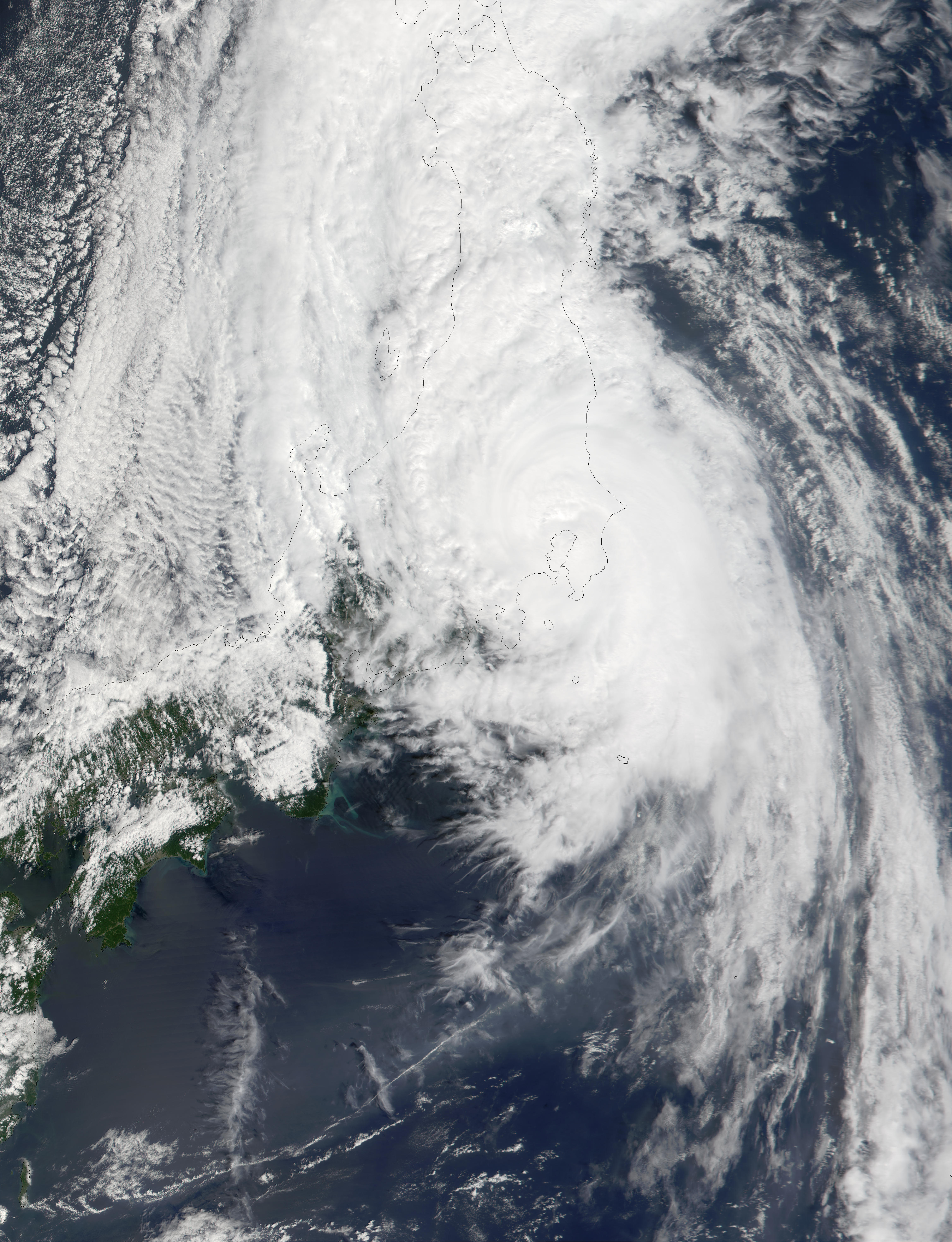 Typhoon Danas positions itself over Japan in this true-color image acquired by MODIS on September 11, 2001. Danas was downgraded to a tropical storm as it reached Tokyo, but was still powerful enough to wreak havoc throughout the country. The storm triggered mudslides that killed four people, and high winds that claimed another life. In addition 350,000 homes were left without power, nearly 150 domestic flights were cancelled, and 55 of Japan's famous bullet trains were also forced to remain stationary.