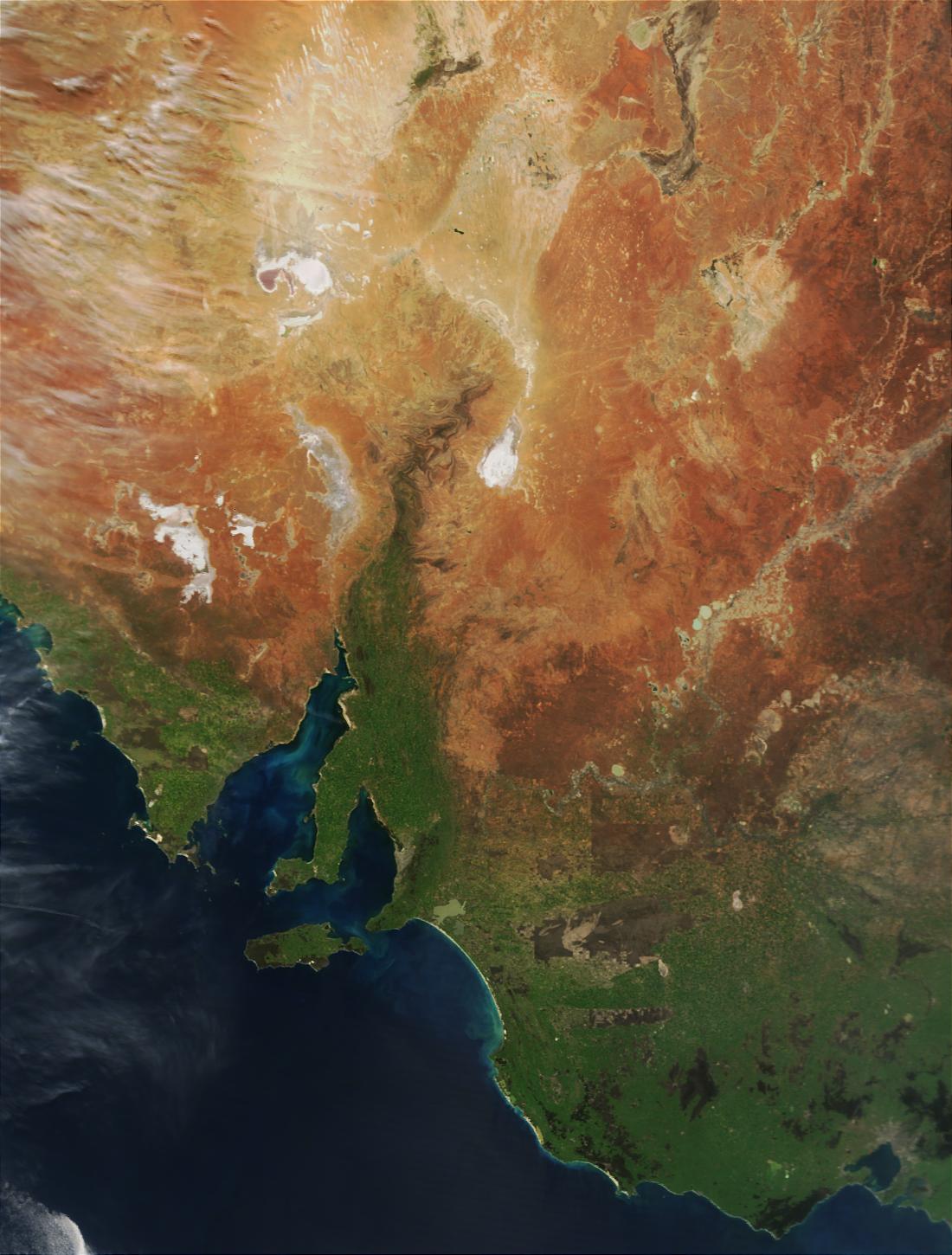 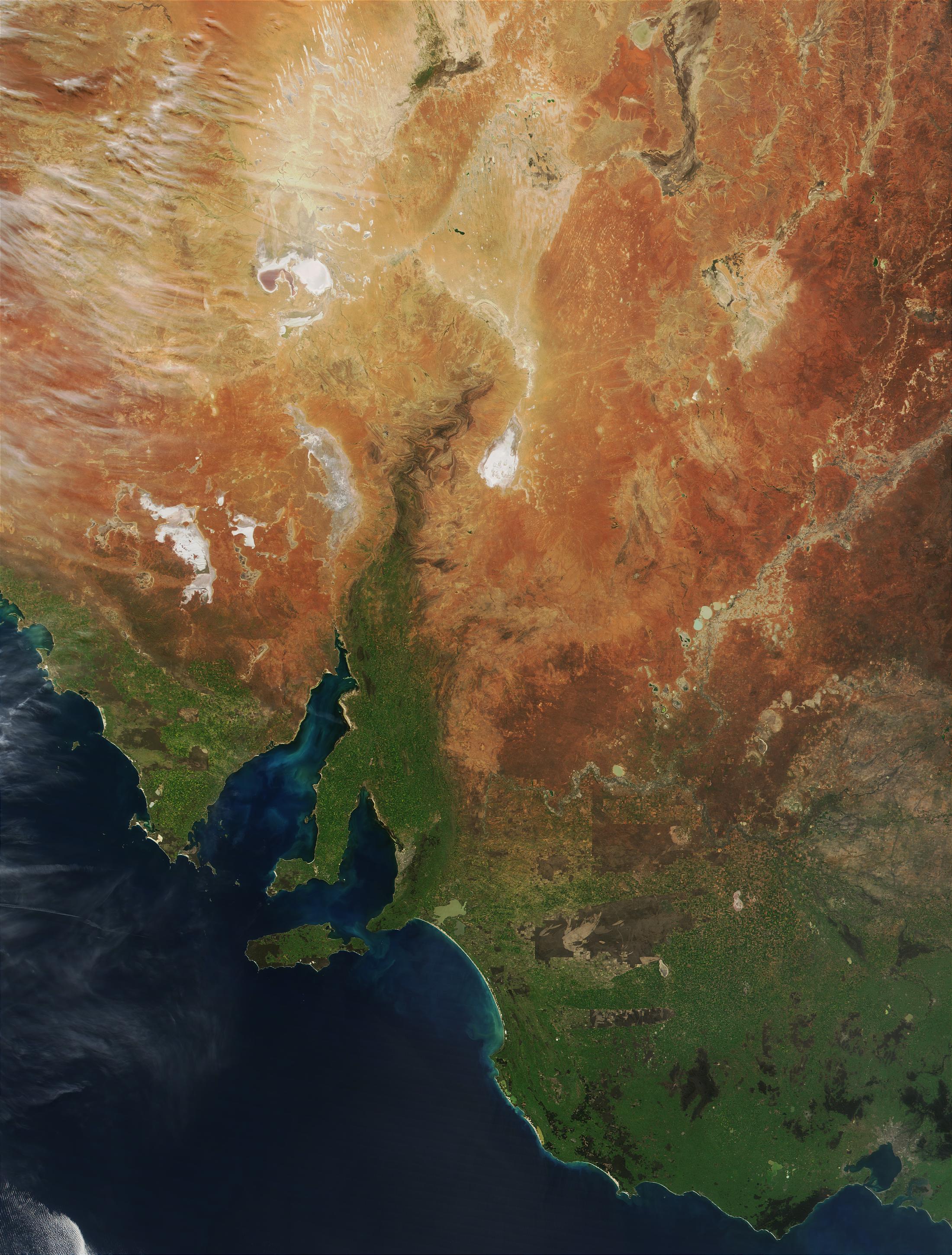 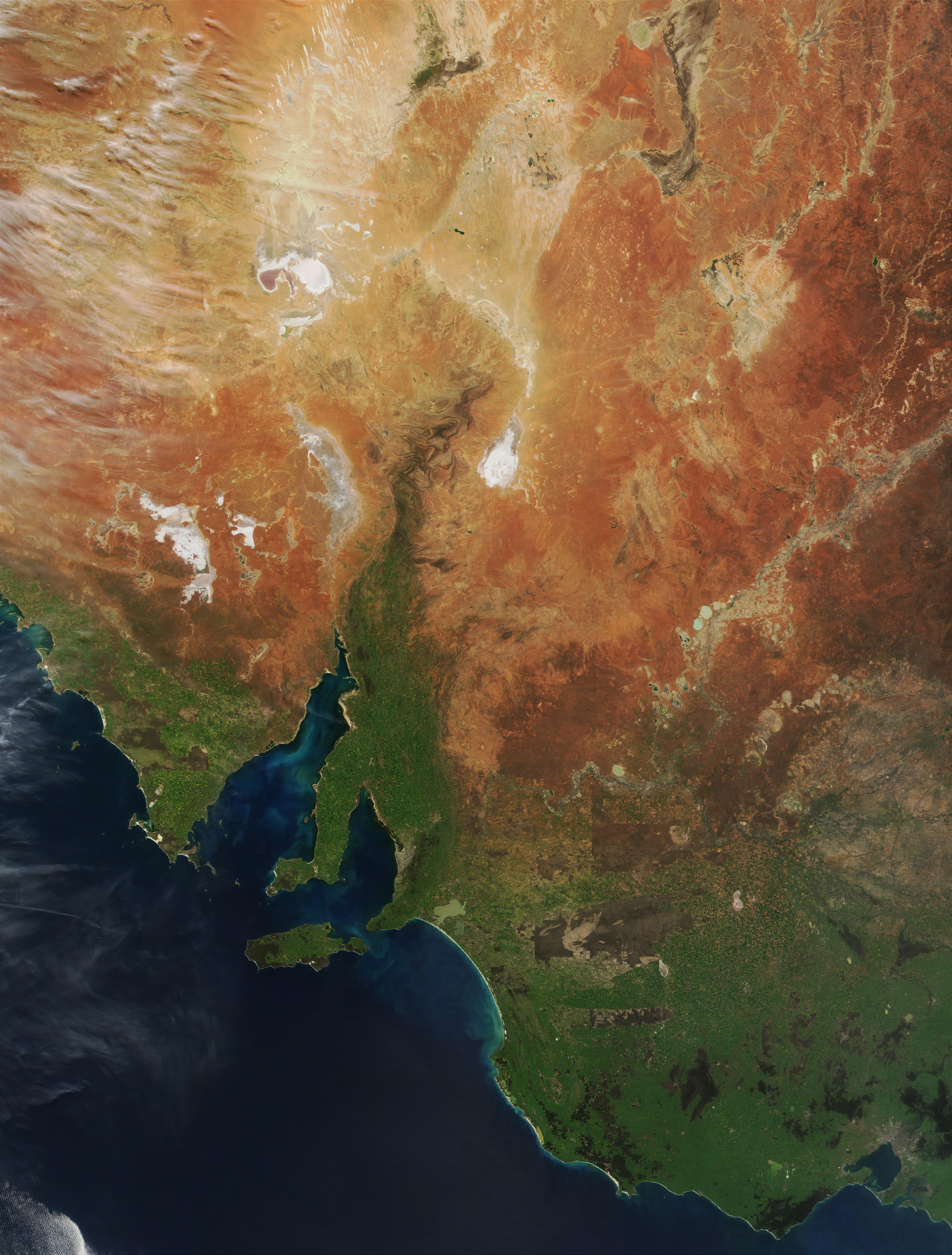 South Australia occupies the center of the Australian continent. The deserts of the interior give way to more fertile land along the coast of the Southern Ocean. This true-color MODIS image from September 17, 2001, shows the marked contrast between the country's arid interior--where seasonal salt lakes stand out in white against the deserts' vast, red expanse--and the coastal regions, including Spencer Gulf, to the lower left of the image's center. The characteristic blue-green swirls of a phytoplankton bloom can be seen in the Gulf and southeastward along the coast. To Spencer Gulf's east, the brownish-gray pixels on the eastern coast of the Gulf of St. Vincent indicate the location of the city of Adelaide, the region's capital. The large dark areas that stand out amid the green vegetation do not indicate areas where vegetation had been damaged or burned. In fact, the opposite is actually true. In many cases, those areas are land protected by national and state parks and preserves, where the natural vegetation of the semi-arid landscape is allowed to exist undisturbed. For example, due east of Adelaide are Billiat Conservation Park and the semi-rectangular Murray Sunset National Park, which is across the border from South Australia in Victoria. South of those parks are the parks of the Big Desert (top) and Little Desert (bottom).