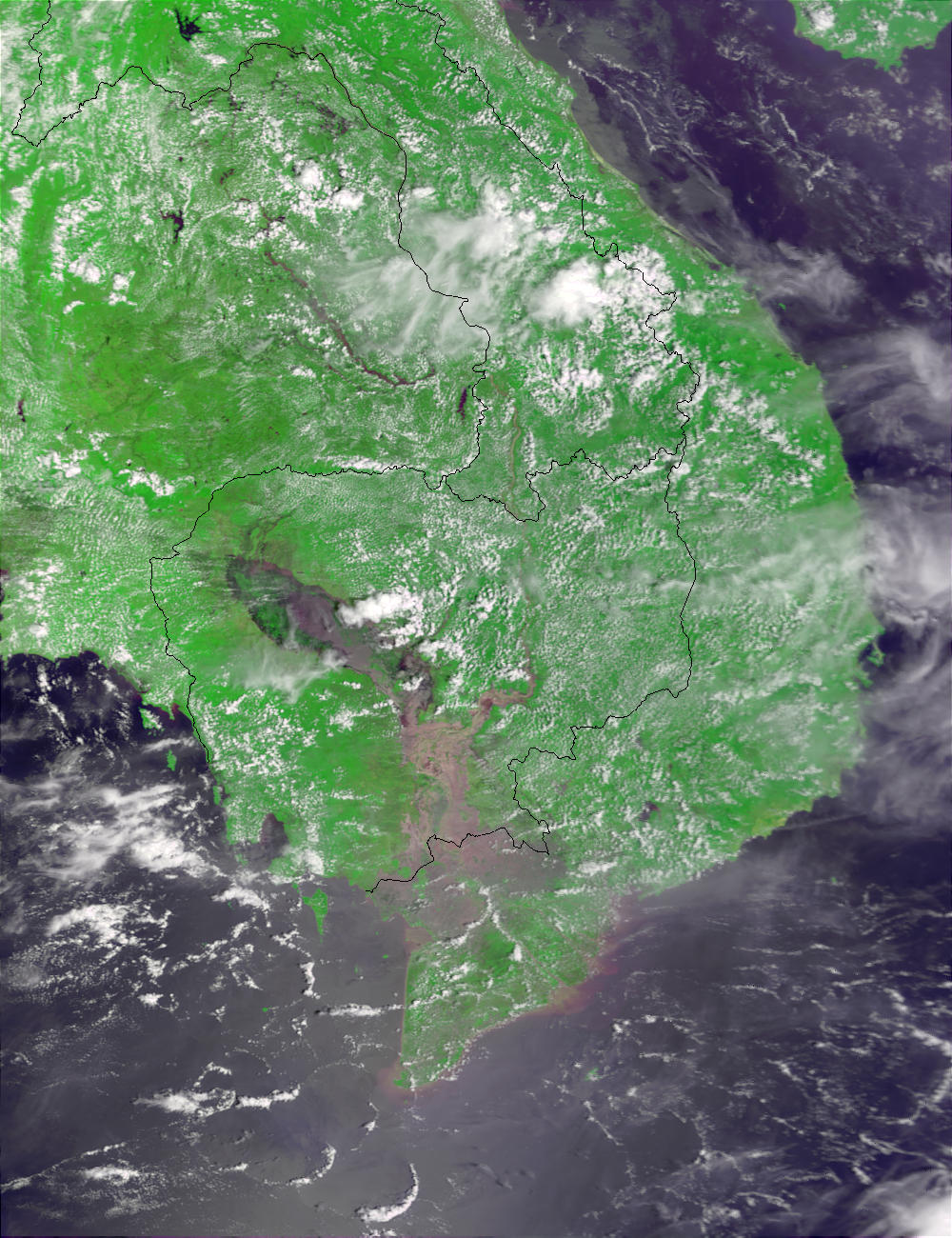 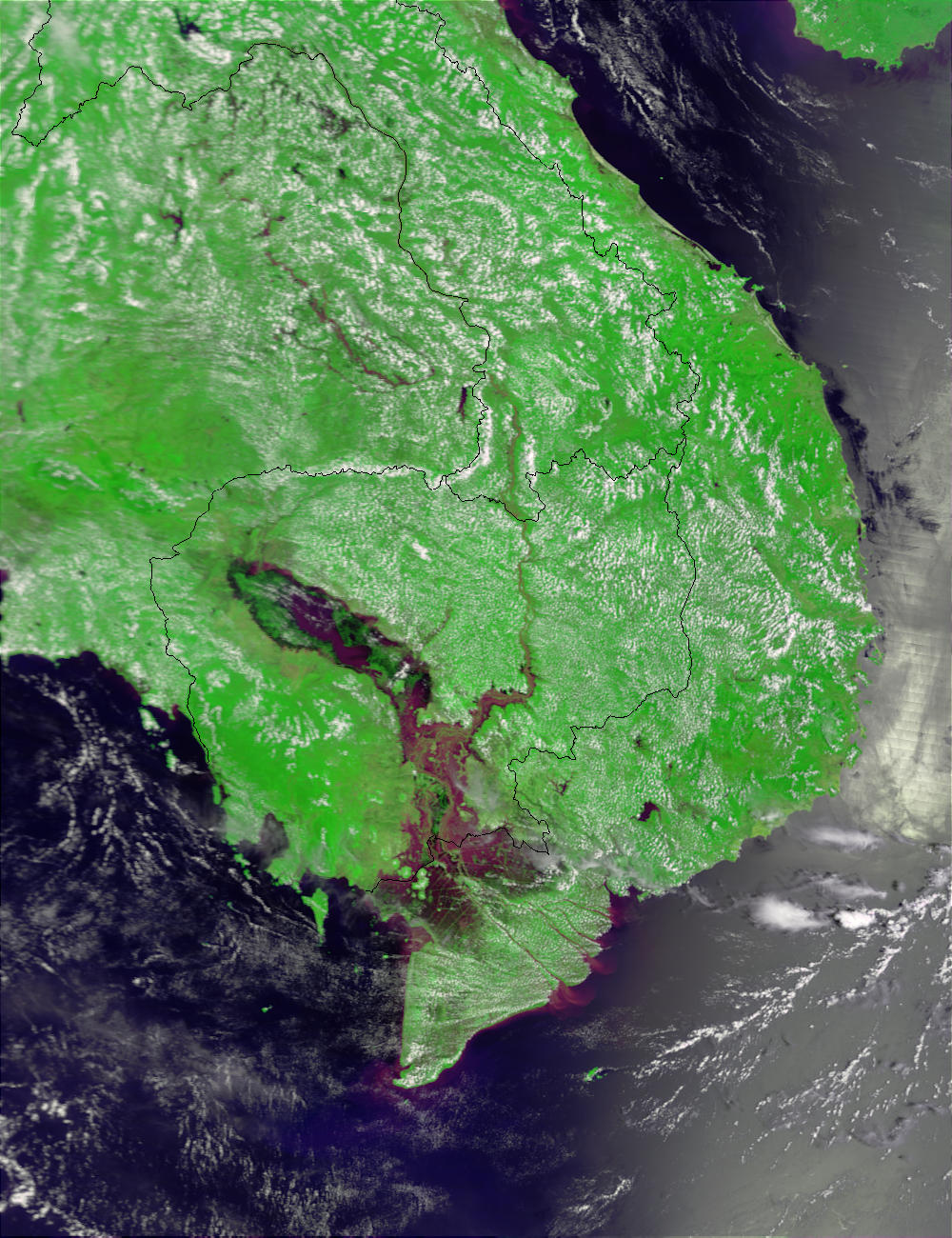 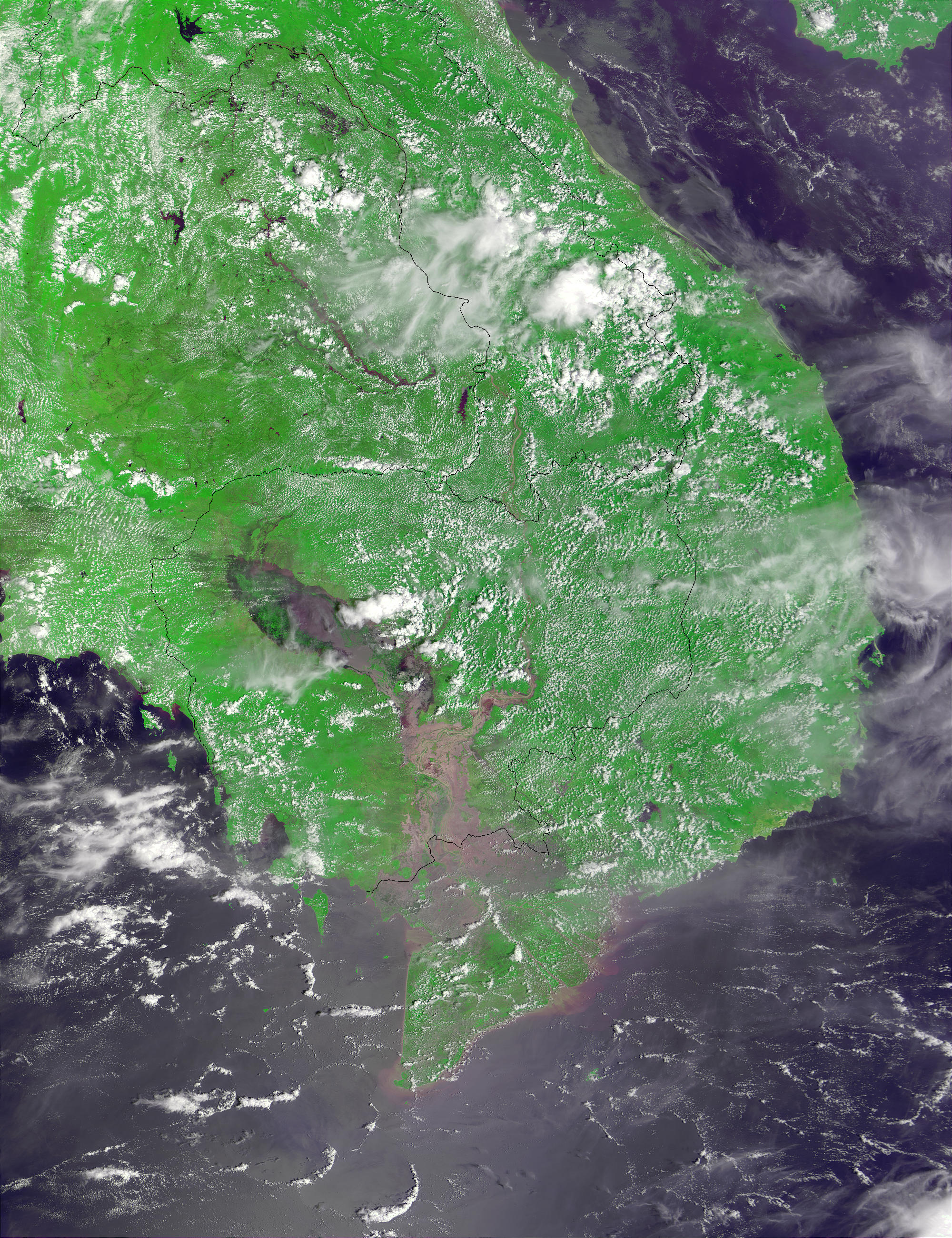 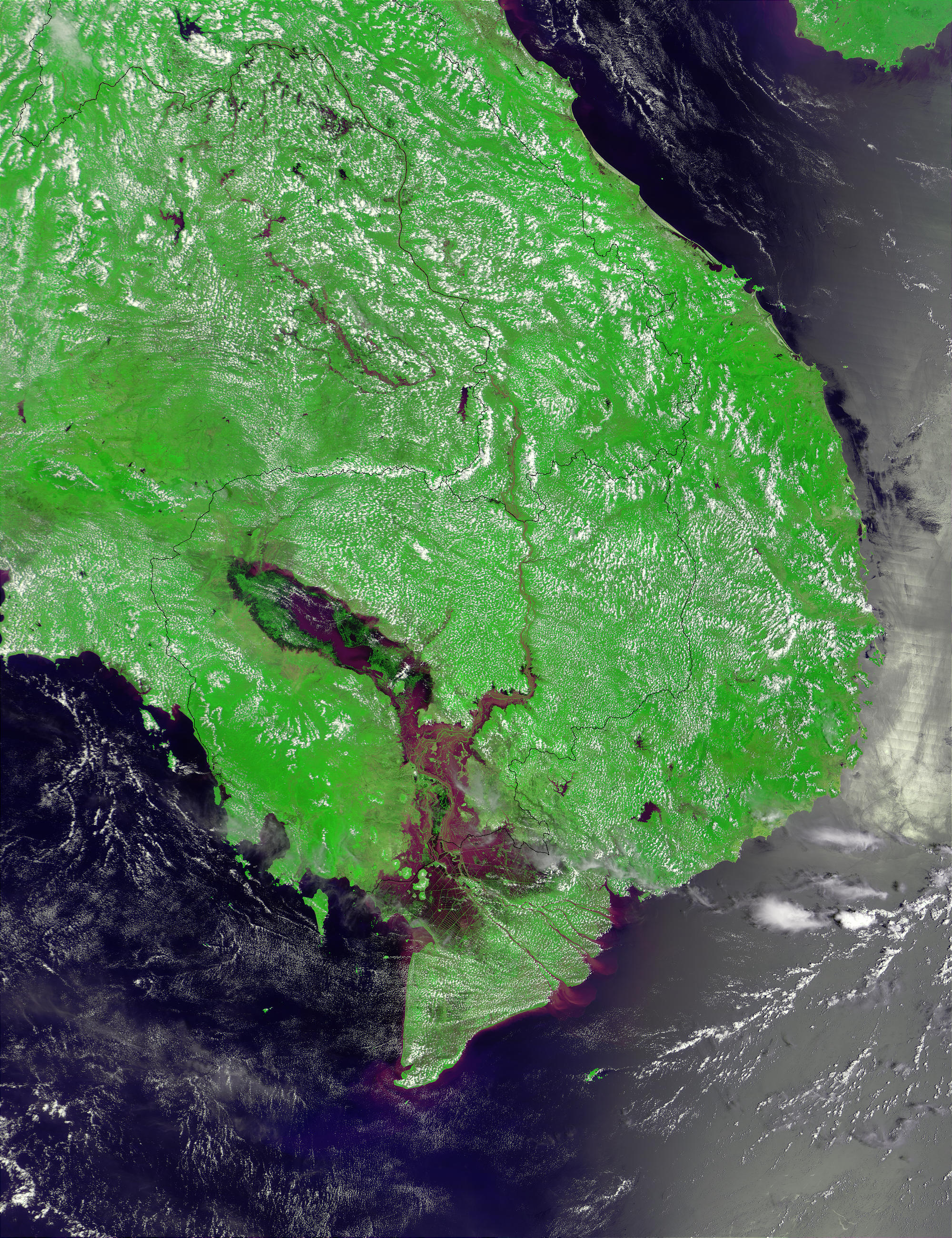 Flooding of the Mekong in Vietnam and Cambodia

The monsoon season in Southeast Asia brings recurring, often devastating floods to countries in the region, but these floods also play a necessary role in the region’s water cycle. These MODIS images centered on Cambodia reveal extensive flooding of the Mekong River, which comes in from Laos in the north, to the right of center in the images, and flows south through Cambodia and southeast through Vietnam to empty into the South China Sea. The true-color image shows the brownish, sediment-laden floodwaters filling the Mekong Delta in southern Cambodia and Vietnam on September 15, 2001. The false color image above has been enhanced to bring out the contrast between the floodwaters and the lands, with sediment-carrying floodwaters in purple. Sediment can be seen flowing into the South China Sea as well. This year’s floods have affected over a million people, and 100 people have been killed in Vietnam alone.

The monsoon floods bring not only devastation, but renewal. The large body of water just left of center in Cambodia is the Tônlé Sap. This shallow lake plays a changing role in the regional water cycle. During the dry season, the stream-fed Tônlé Sap drains via the Tônlé Sab River into the Mekong River. During the wet season (June-November), flooding of the Mekong reverses the course of the Tônlé Sab, roughly tripling the lake’s size from about 3000 km2 to about 10,000. When the dry season returns, the lake once again begins to drain into the Mekong Delta, where it provides a flow of fresh water that balances the intrusion of salty seawater into the delta’s agricultural lands.