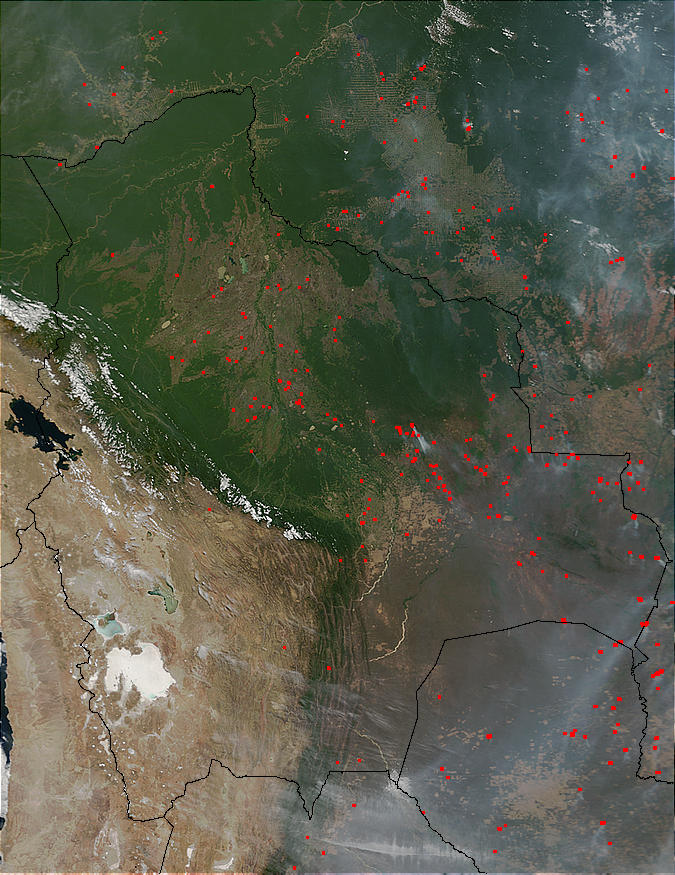 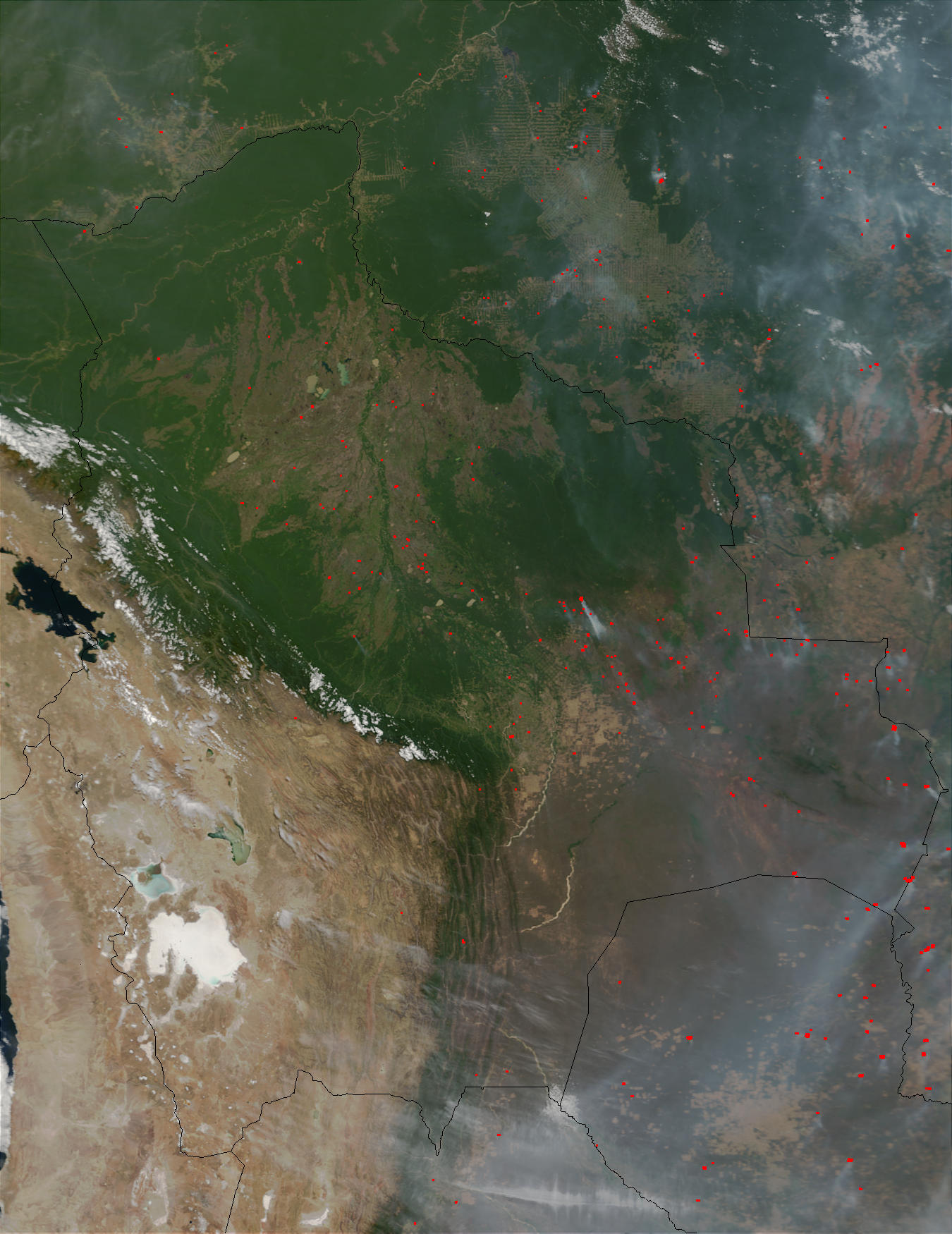 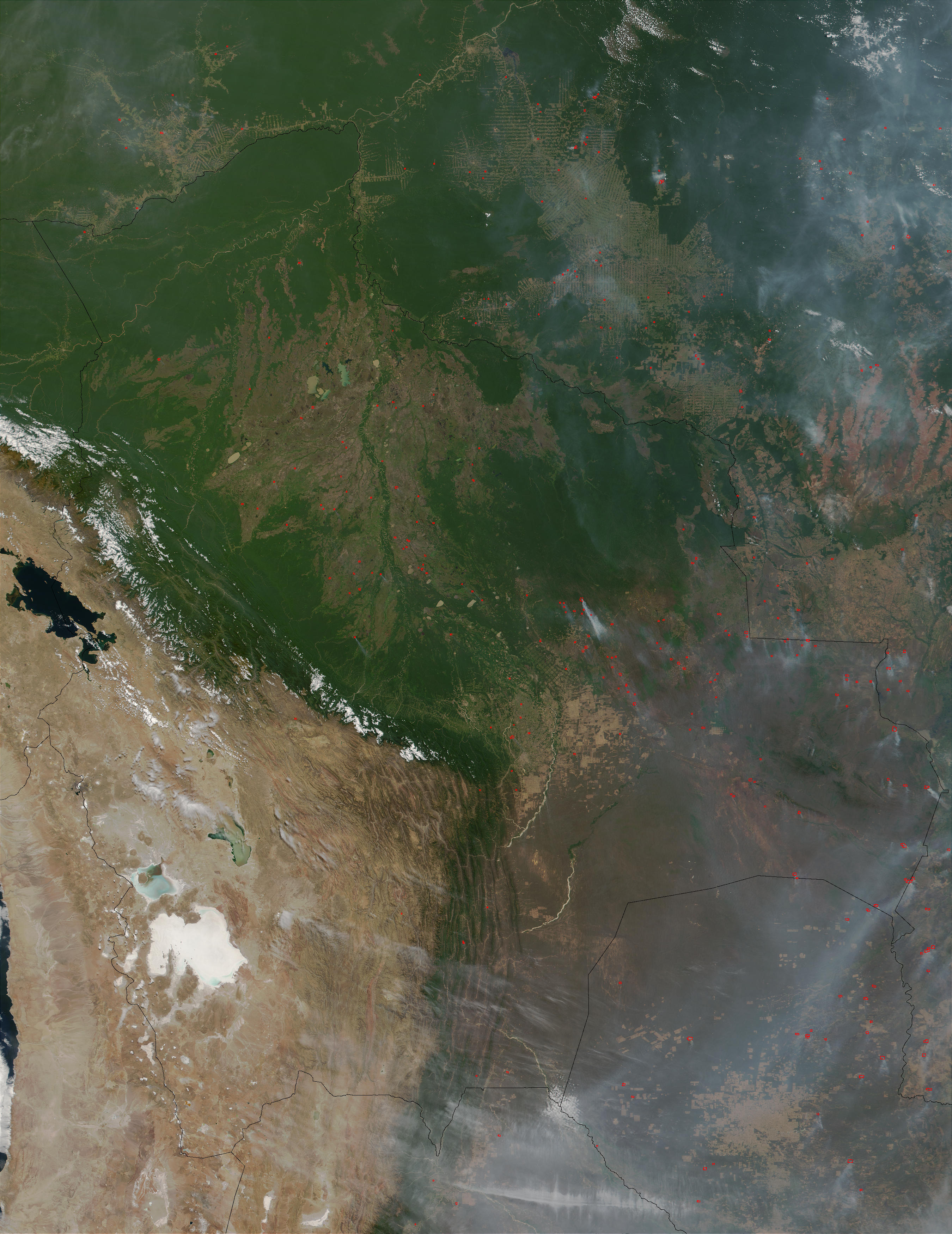 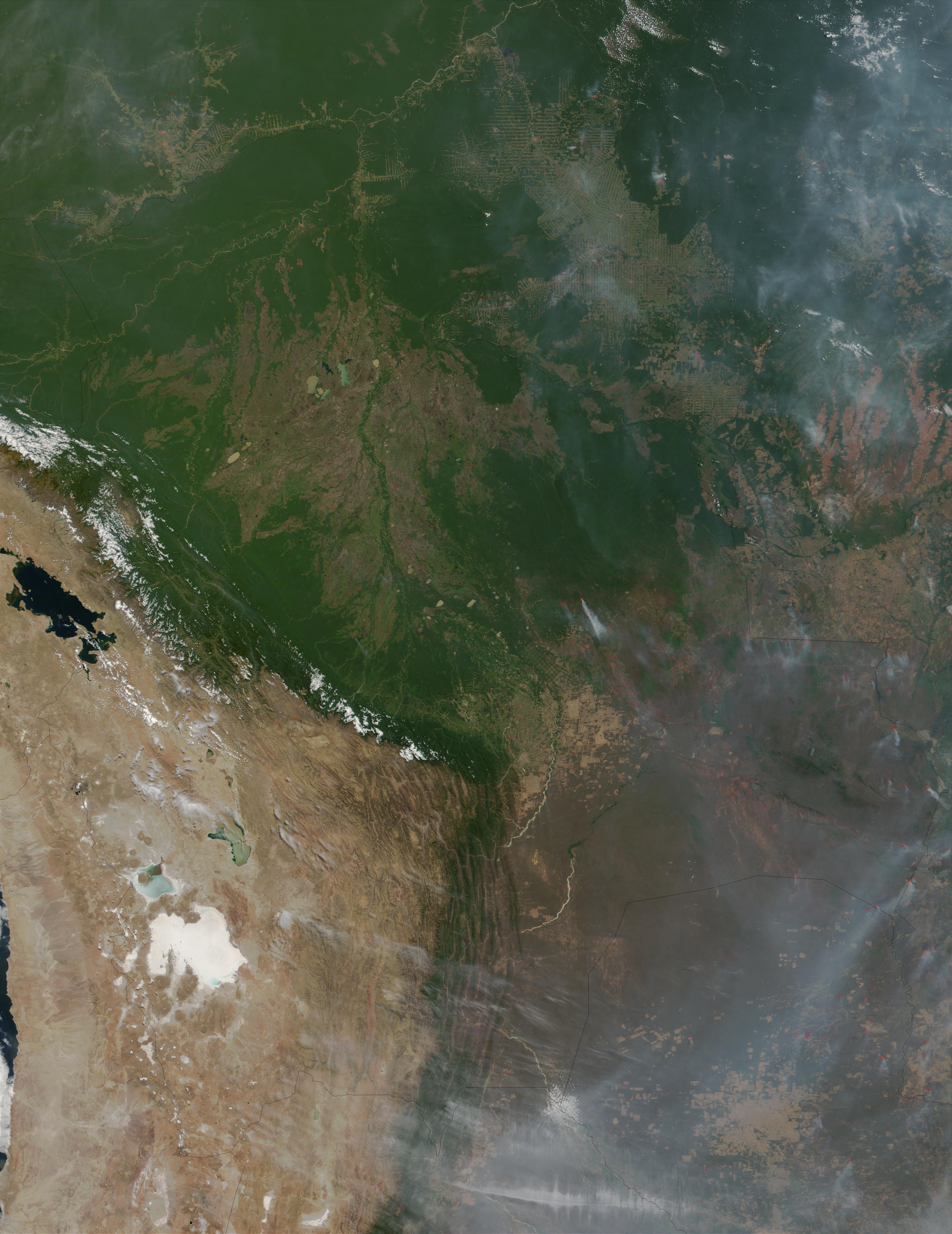 Fires in Bolivia, Brazil, and Paraguay

This true-color image from NASA's Terra satellite shows a staggering number of fires burning across central South America on September 19, 2001. As a result, there is a thick layer of smoke and haze blanketing much of southwestern Brazil, Bolivia, and Paraguay. The image serves as a reminder that the forests in this region are increasingly under pressure from ongoing human deforestation.

The area shown in this Moderate-resolution Imaging Spectroradiometer (MODIS) image spans from just south of the Amazon Basin (about 10 degrees south latitude at the northern edge) across Bolivia and Paraguay and into the northern plains of Argentina (at the southern edge). Lake Titicaca is visible at the left center edge of the scene. Scanning eastward, the scene extends into Brazil's Mato Grosso Plateau.