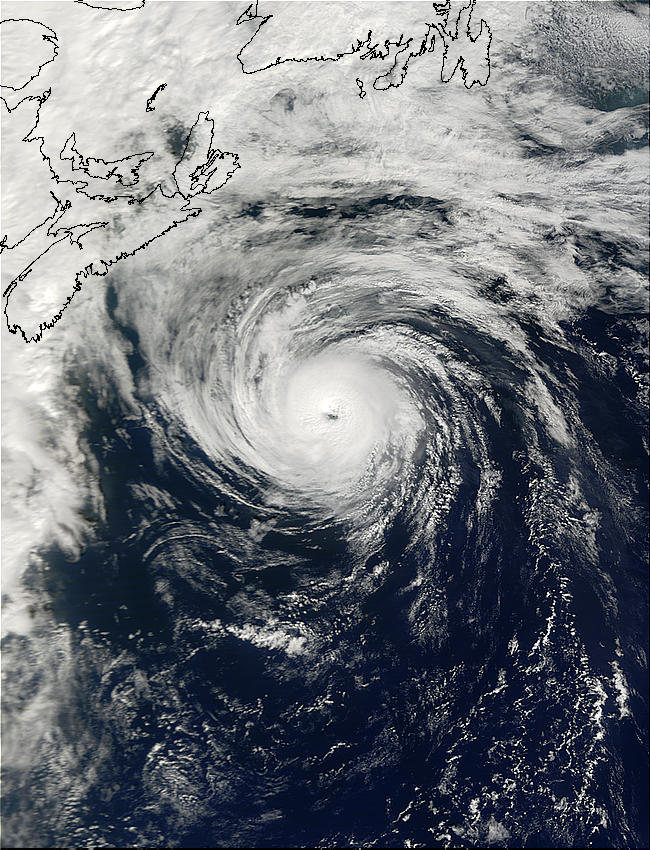 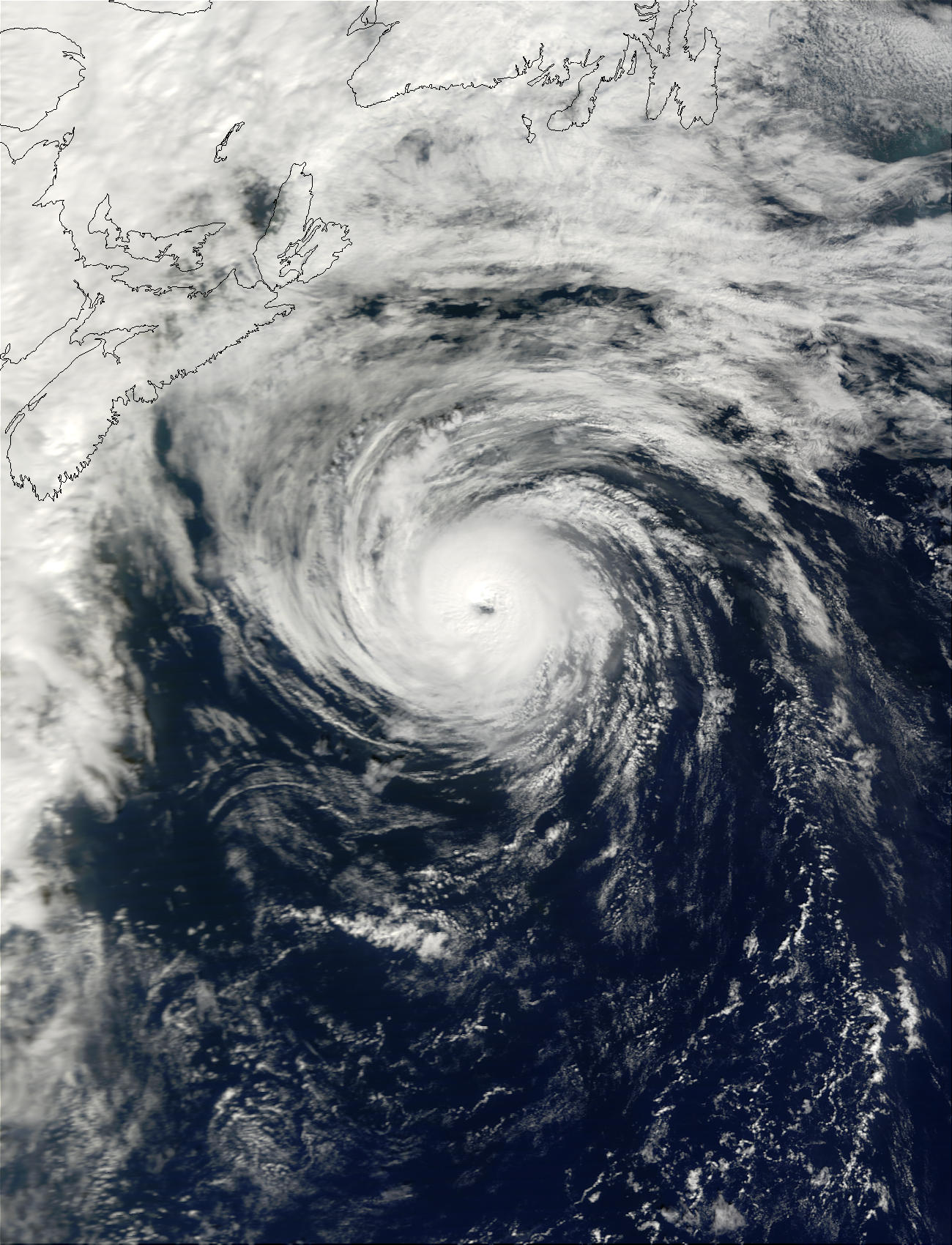 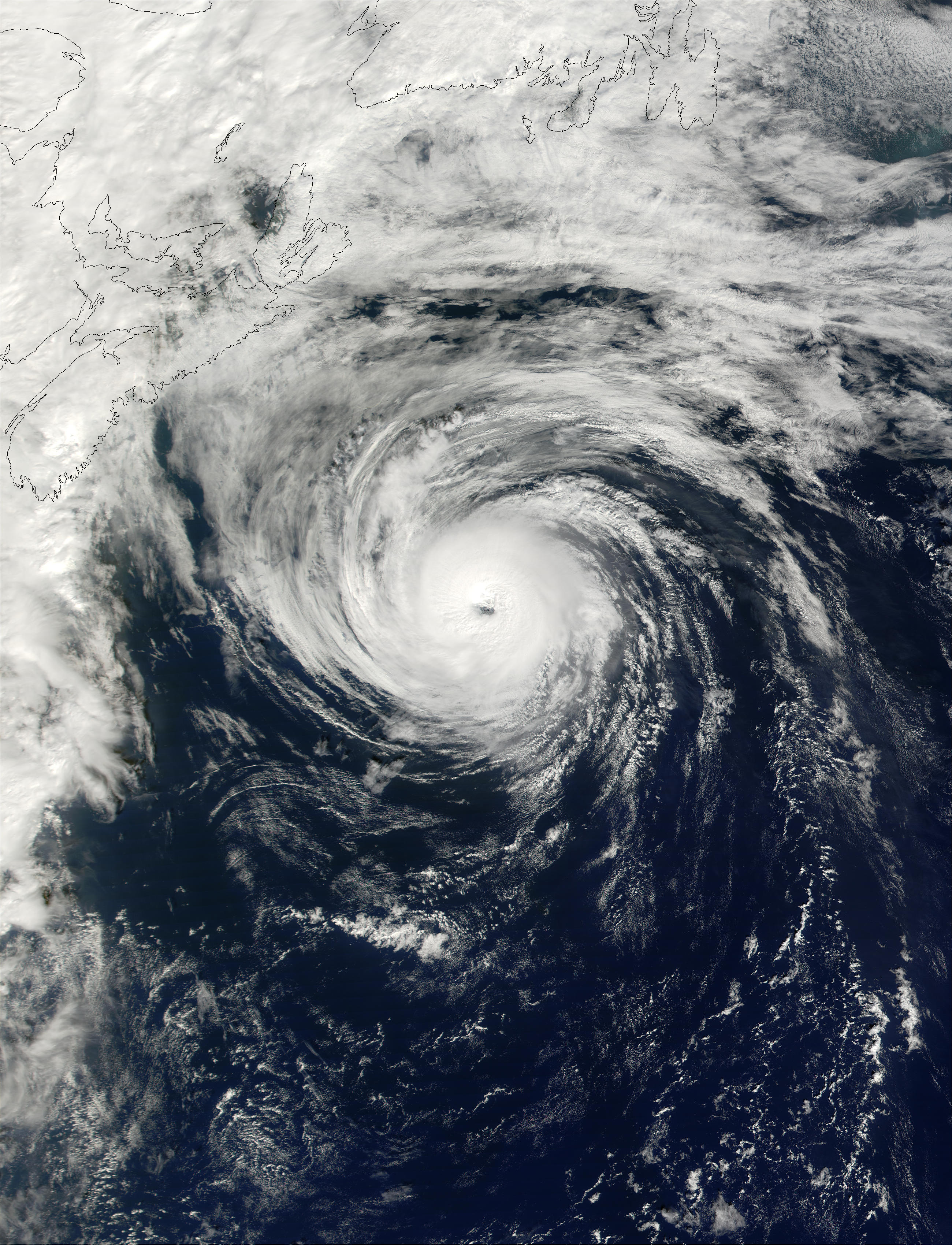 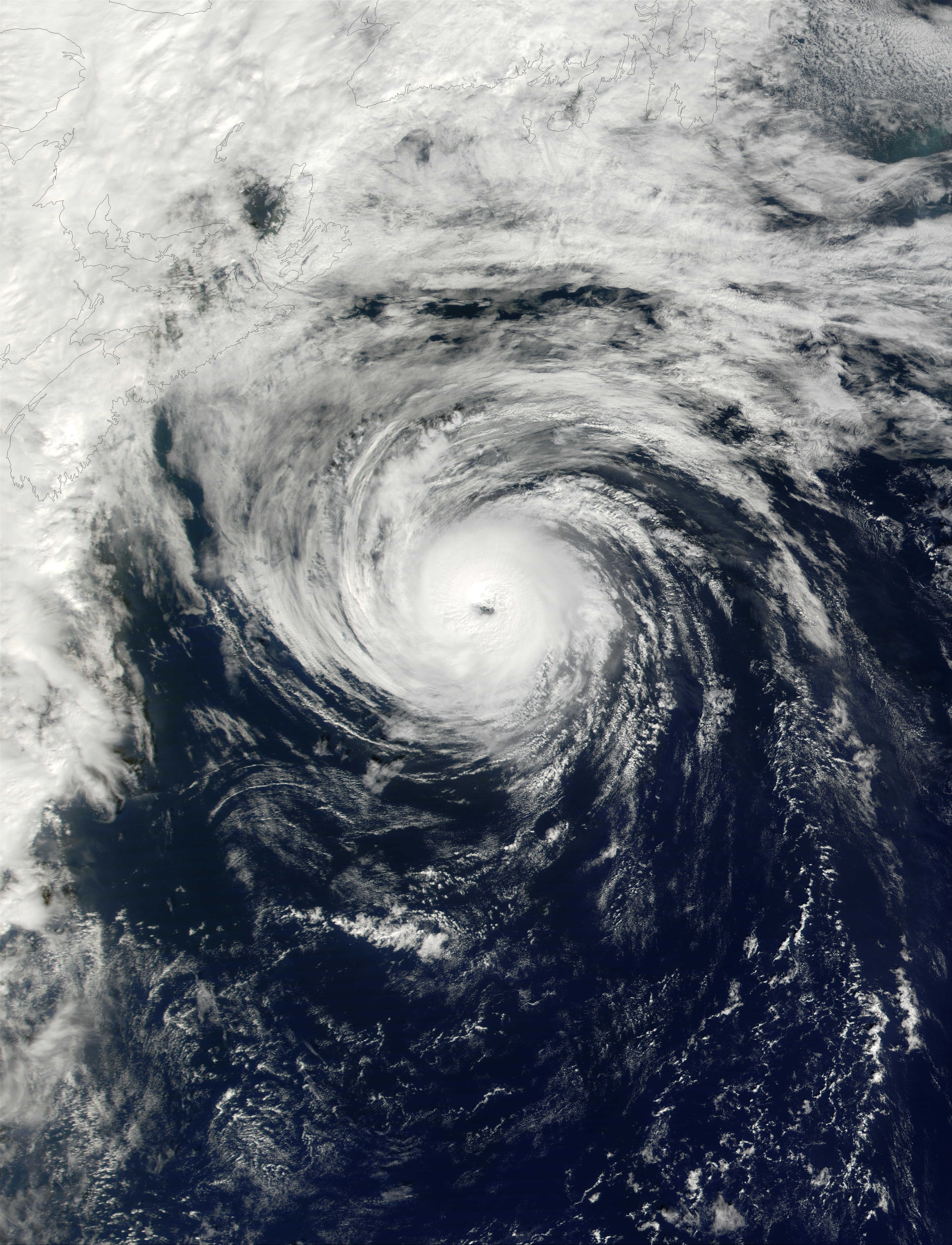 With wind gusts approaching 100 knots, or 127 miles per hour, Hurricane Humberto is shown here just off of the southeastern coast of Nova Scotia. This true-color image was aquired from data collected by MODIS at 14:35 UTC on September 26, 2001, and captures the hurricane before it turned away from Canada and began to head eastward out over the North Atlantic.

The storm originated northeast of Puerto Rico on September 21, 2001 as a tropical depression, progressed into a tropical storm, and finally became a hurricane as it moved northward parallel to the eastern seabord of the U.S. Forecasters are projecting that the storm will continue to weaken over the next 24 hours as it continues to track across the Atlantic.