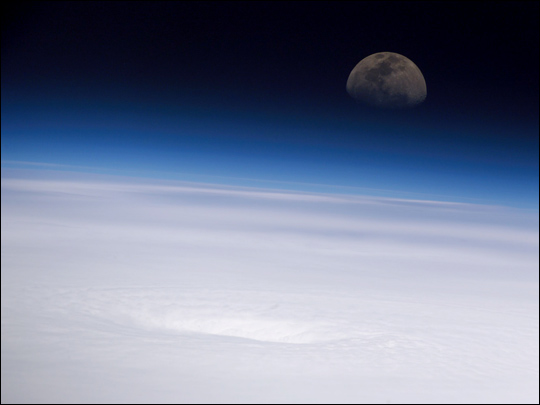 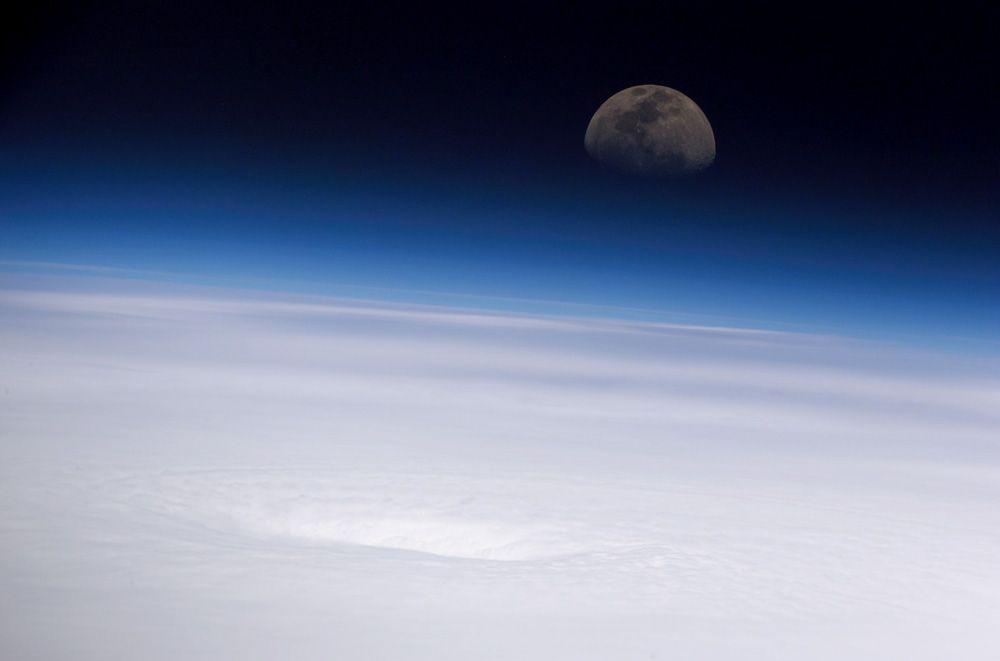 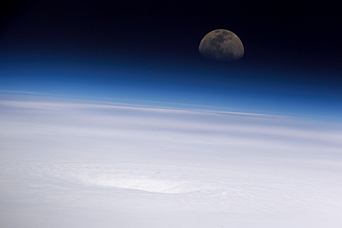 This unusual high-oblique (from the side) panoramic view of the eye of Hurricane Emily in 2005 was shot by the crew of the International Space Station while they passed over the southern Gulf of Mexico looking eastward toward the rising moon. The eye appears as a depression in the cloud deck, which stretches out to the horizon and fades into the limb (the bright blue cross-section) of the Earth’s atmosphere. At the time this image was taken, Emily was a strengthening Category 4 hurricane with wind speeds approaching 155 miles per hour. The hurricane was moving west-northwest over the northwest Caribbean Sea about 135 miles southwest of Kingston, Jamaica.

Astronaut photograph ISS011-E-10509 was acquired July 16, 2005, with a Kodak 760C digital camera with a 400 mm lens, and is provided by the ISS Crew Earth Observations experiment and the Image Science & Analysis Group, Johnson Space Center. The International Space Station Program supports the laboratory to help astronauts take pictures of Earth that will be of the greatest value to scientists and the public, and to make those images freely available on the Internet. Additional images taken by astronauts and cosmonauts can be viewed at the NASA/JSC Gateway to Astronaut Photography of Earth.