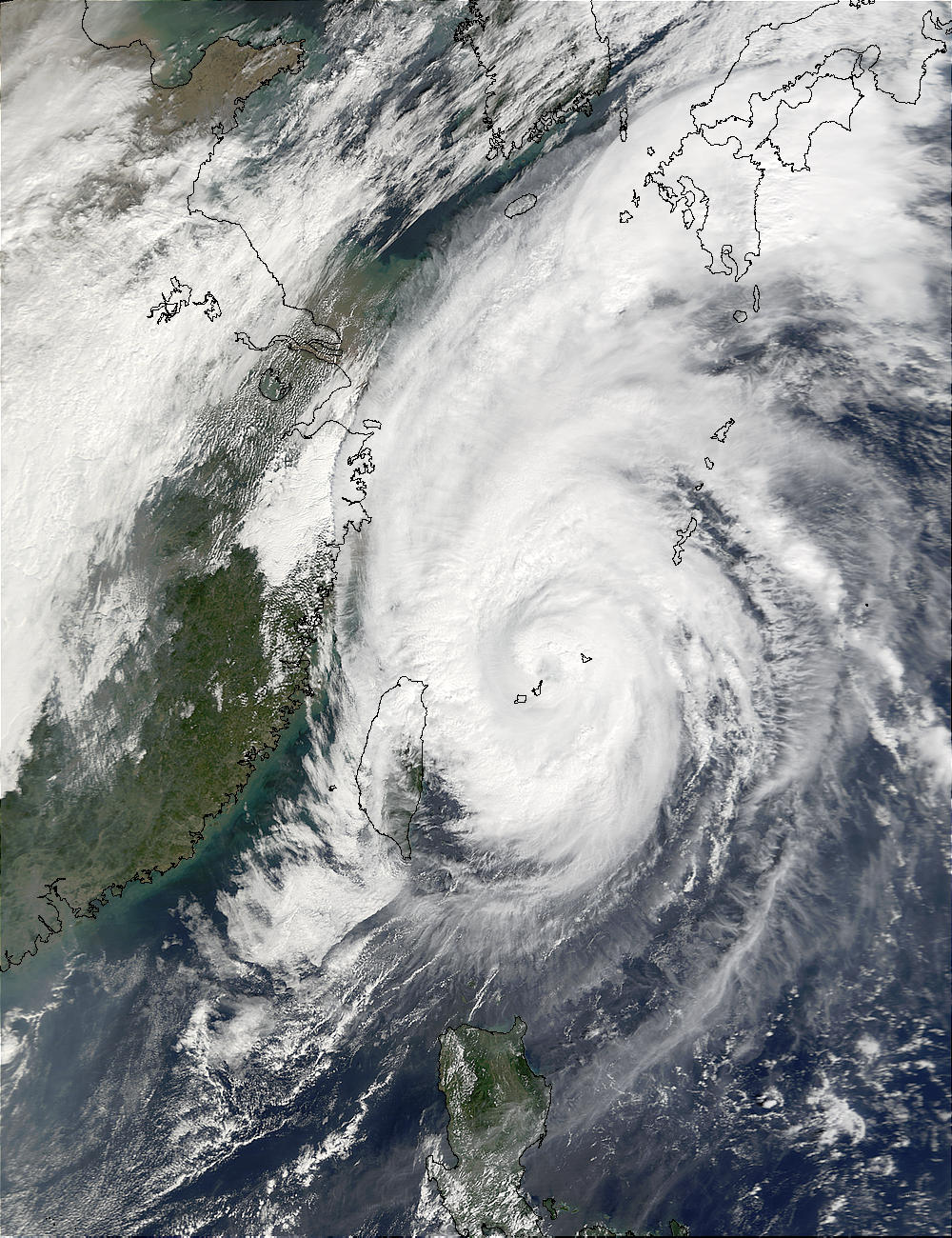 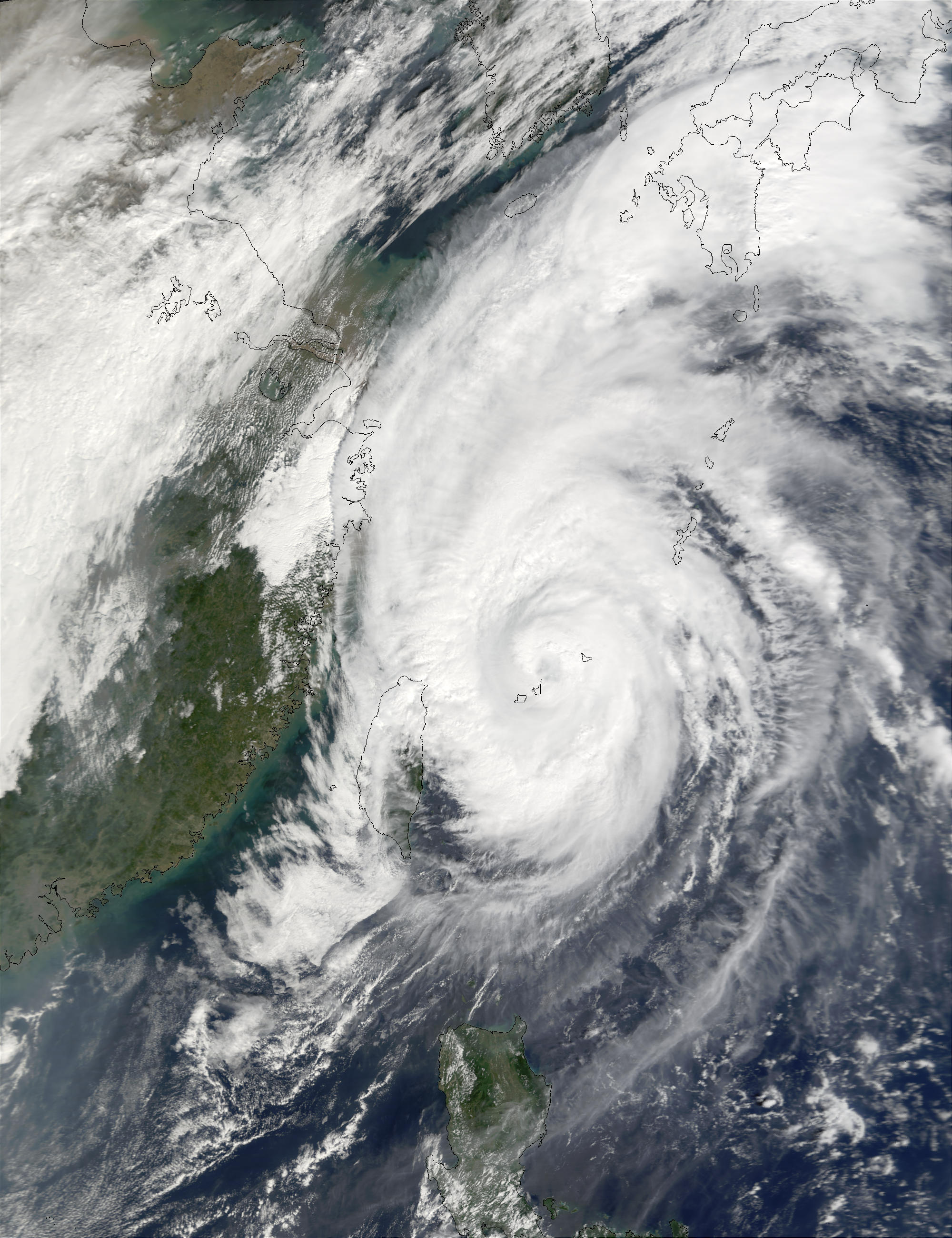 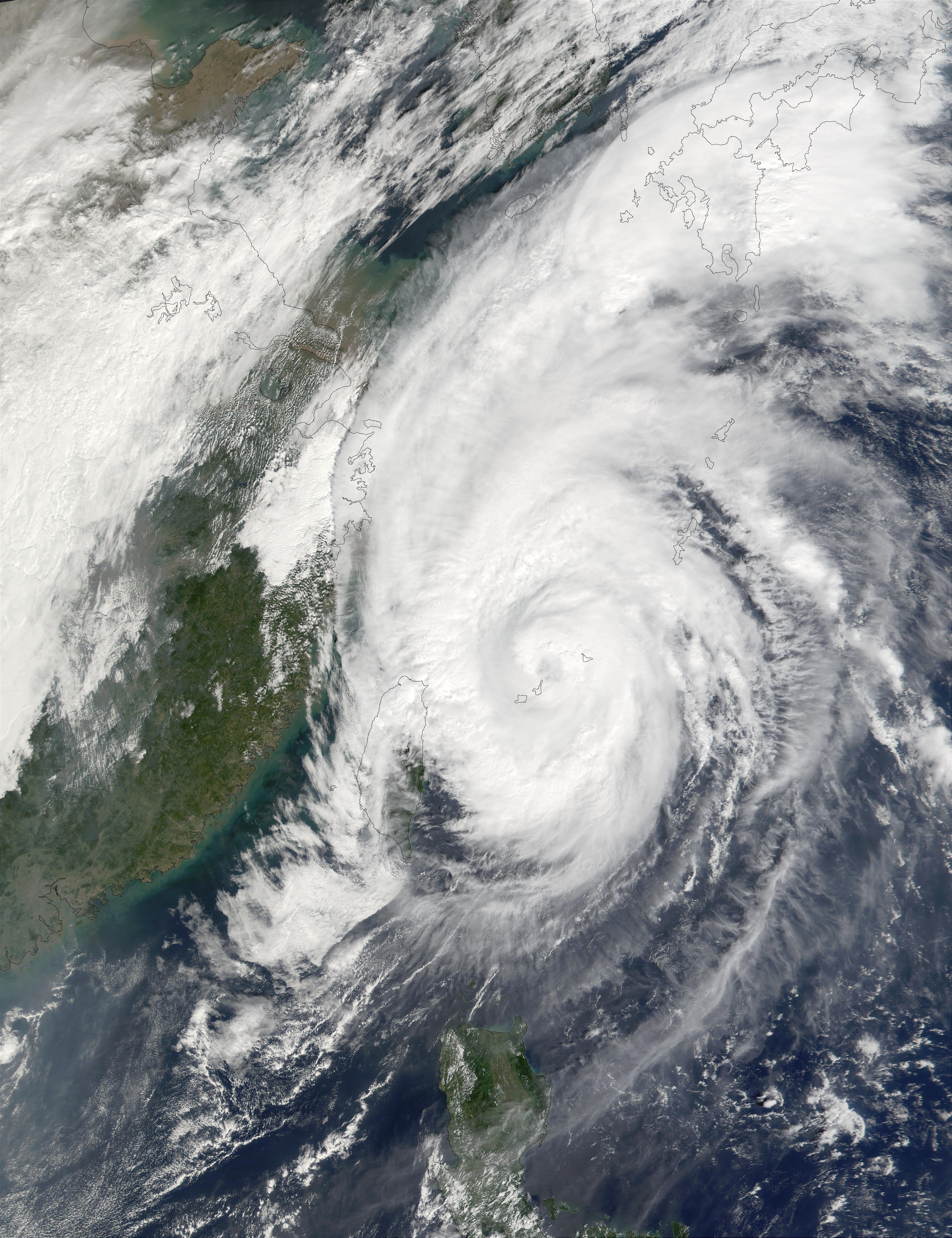 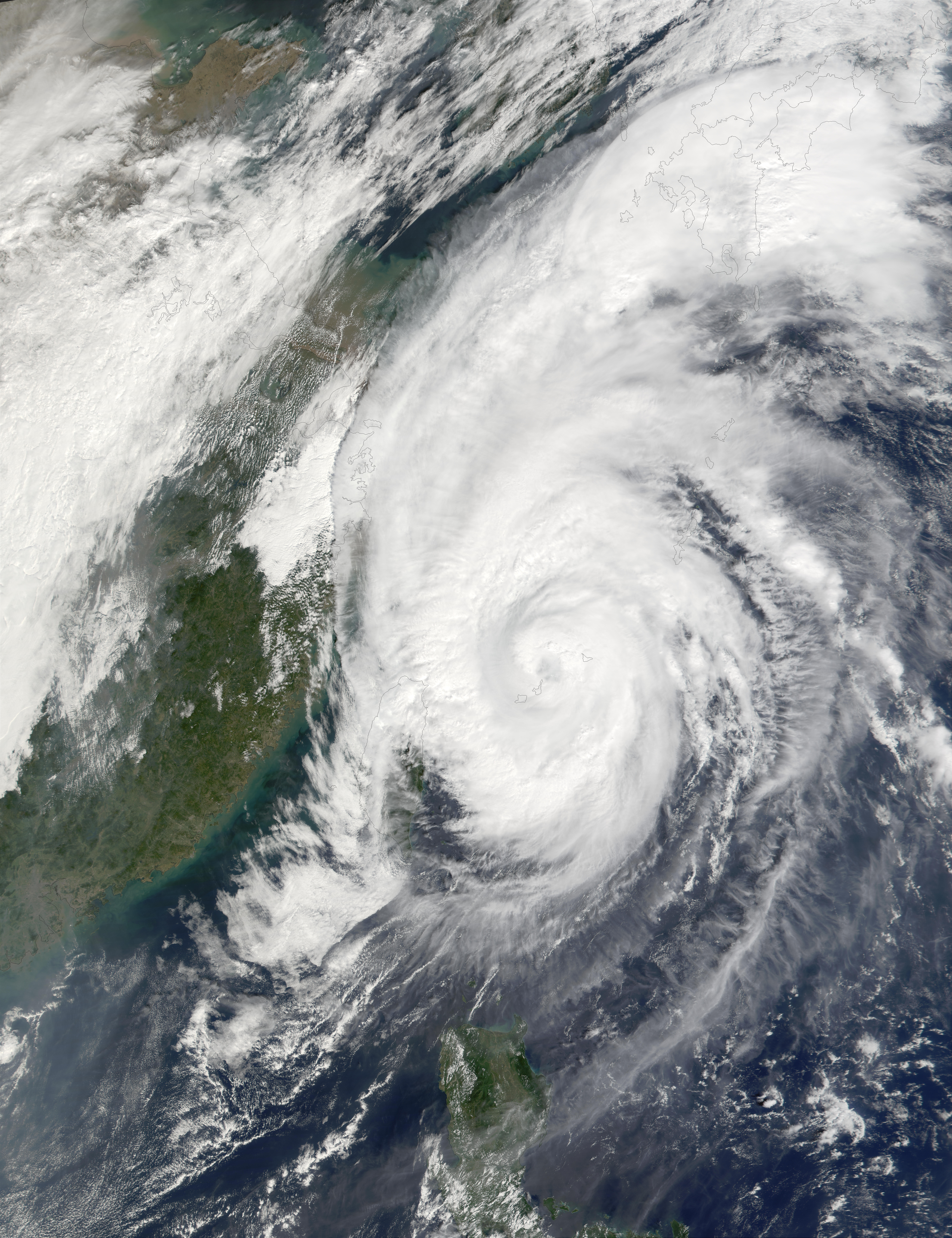 In the northwest Pacific Ocean, Typhoon Haiyan was downgraded to a tropical storm as of October 17, 2001. This Moderate-resolution Imaging Spectroradiometer (MODIS) image from October 16 shows Haiyan while it was still a typhoon, covering the Ryukyu Islands, which run in an arc between Taiwan (left of center) and Japan (upper right). The storm moved east-northeast, and was predicted to weaken as it moved out of warmer waters.