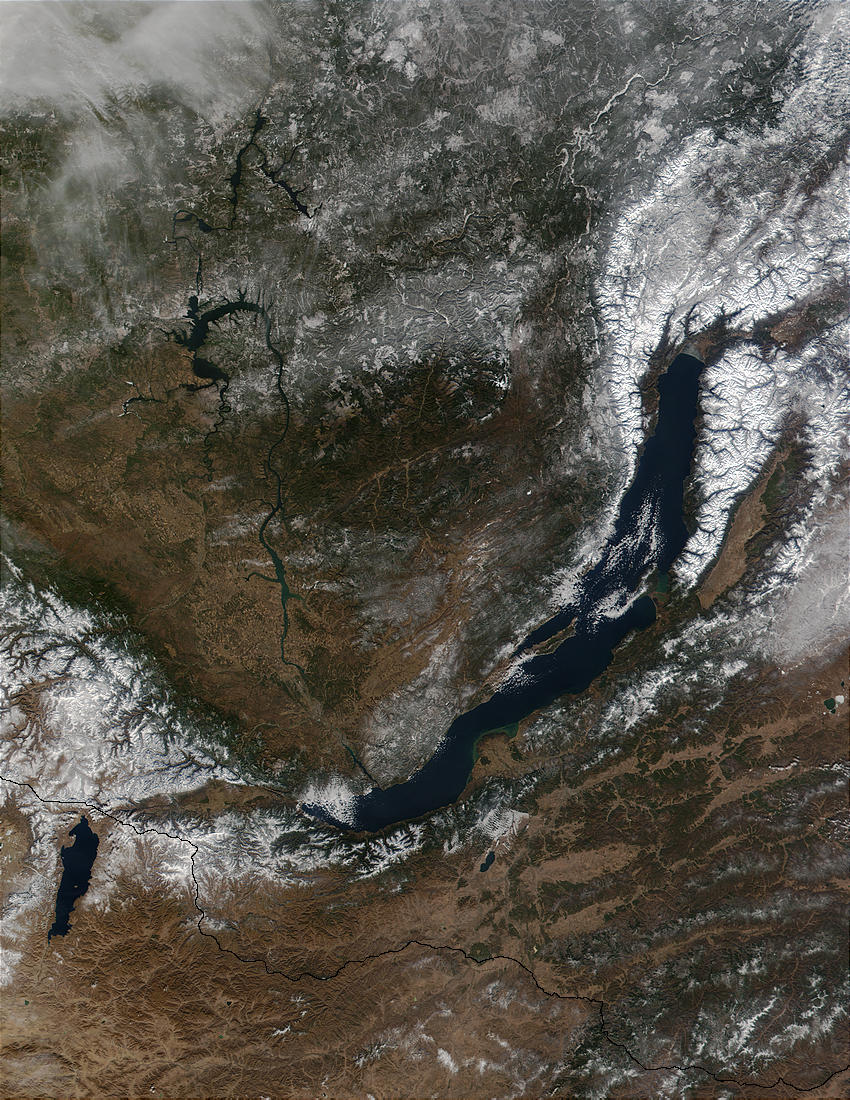 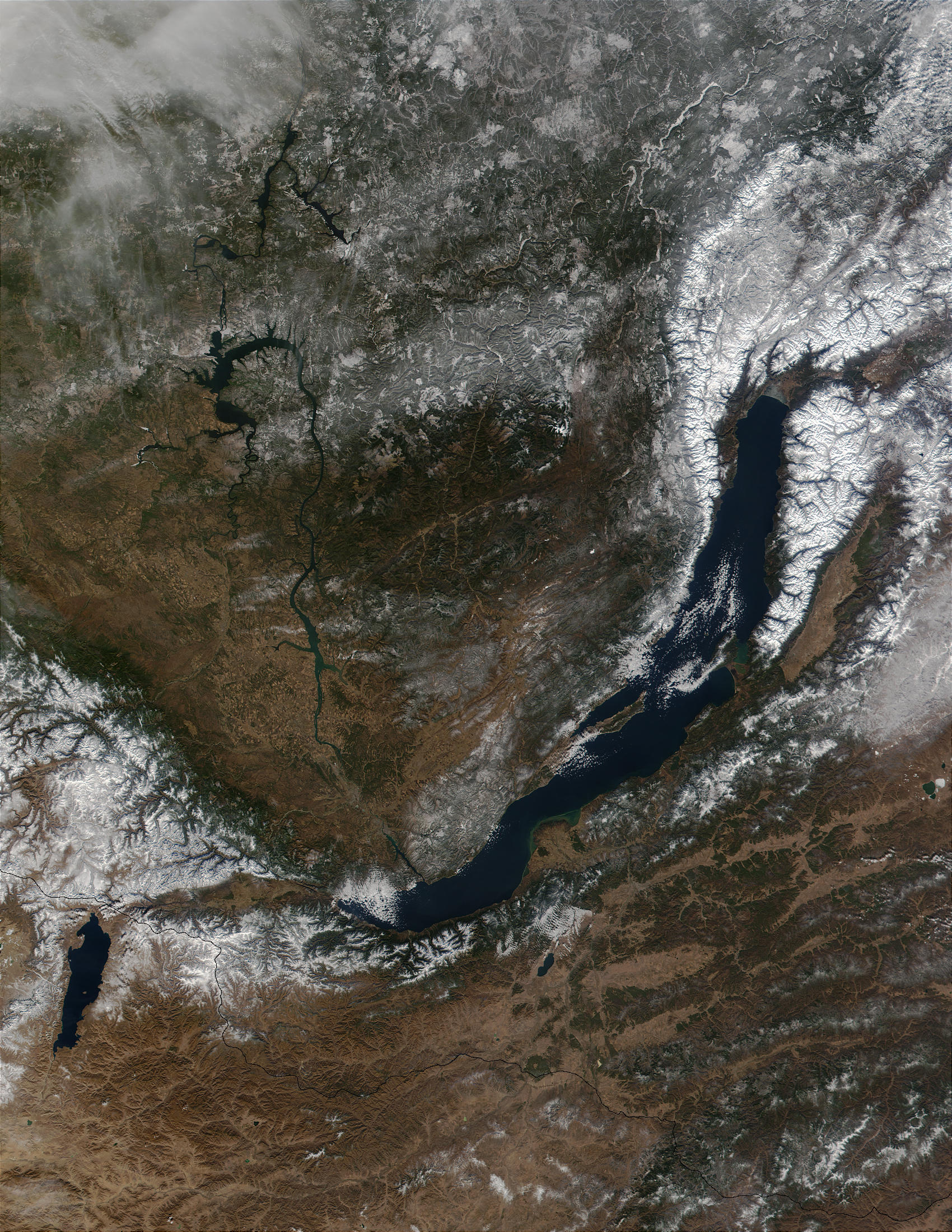 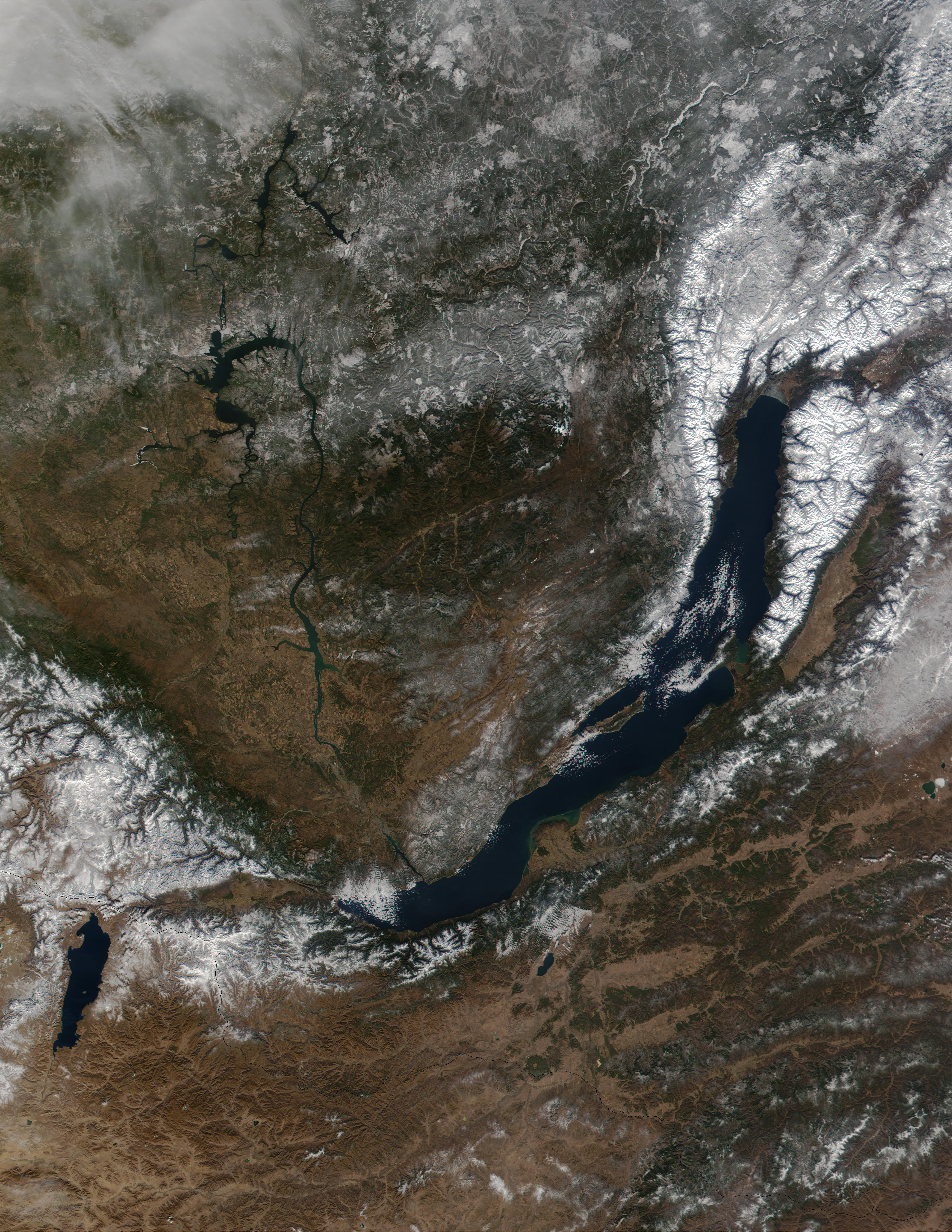 South of the Central Siberian Plateau in Russia, the mountains surrounding Lake Baikal (right) are beginning to accumulate their winter snow pack, as seen in this image from October 23, 2001. Lake Baikal is the world's oldest, largest, and deepest freshwater lake. Nearly a mile deep and holding over 23,000 km3 of water, it would require the total volume of all the Great Lakes to fill it up if it were ever drained! Lake Baikal provides a unique opportunity for climate change studies.

Beneath the lake is a deep, 25-million-year-old continental rift containing thick, undisturbed sediment layers. The depth of sediments in some portions of the lake are as thick as 4 miles, providing a record of the effects of past climate variation on this high latitude lake. While the sediments do reveal previous glaciations of the nearby mountains, the sediments of the lake have never been scoured over by continental ice sheets, providing scientists a detailed record of climatic variation over the past 250,000 years.

Over three hundred rivers feed the Lake, but only ones drains out. The Angara River, seen exiting the lake at its southwestern end, flows north to the top left of the image, where a horseshoe bend marks the location of a large hydroelectric project.