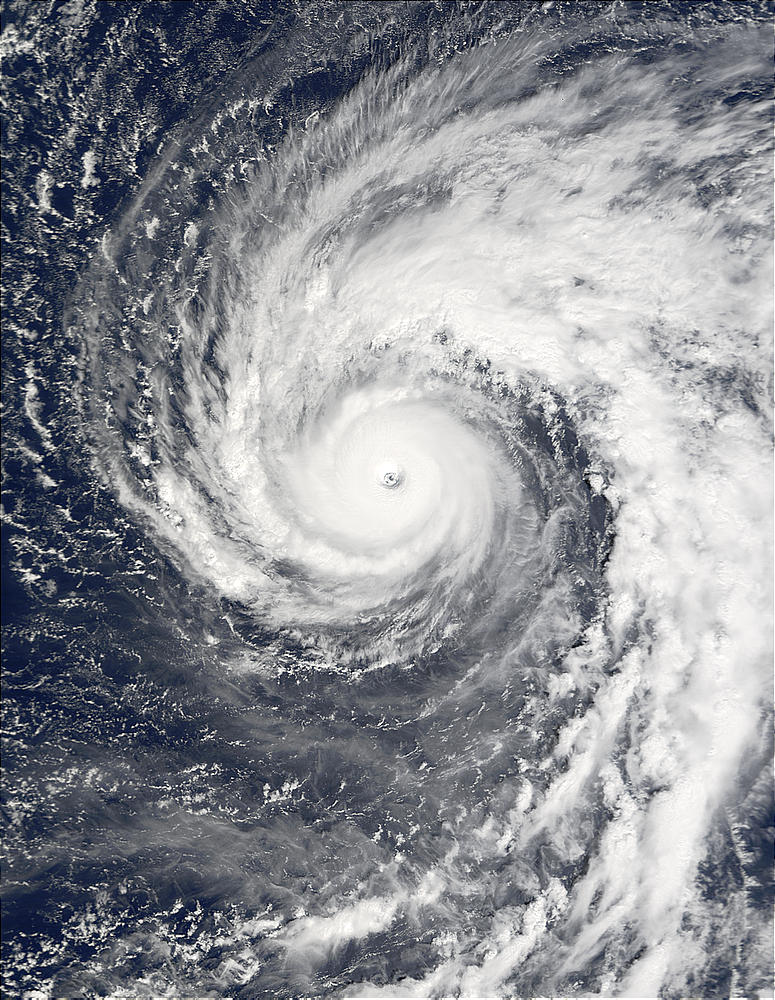 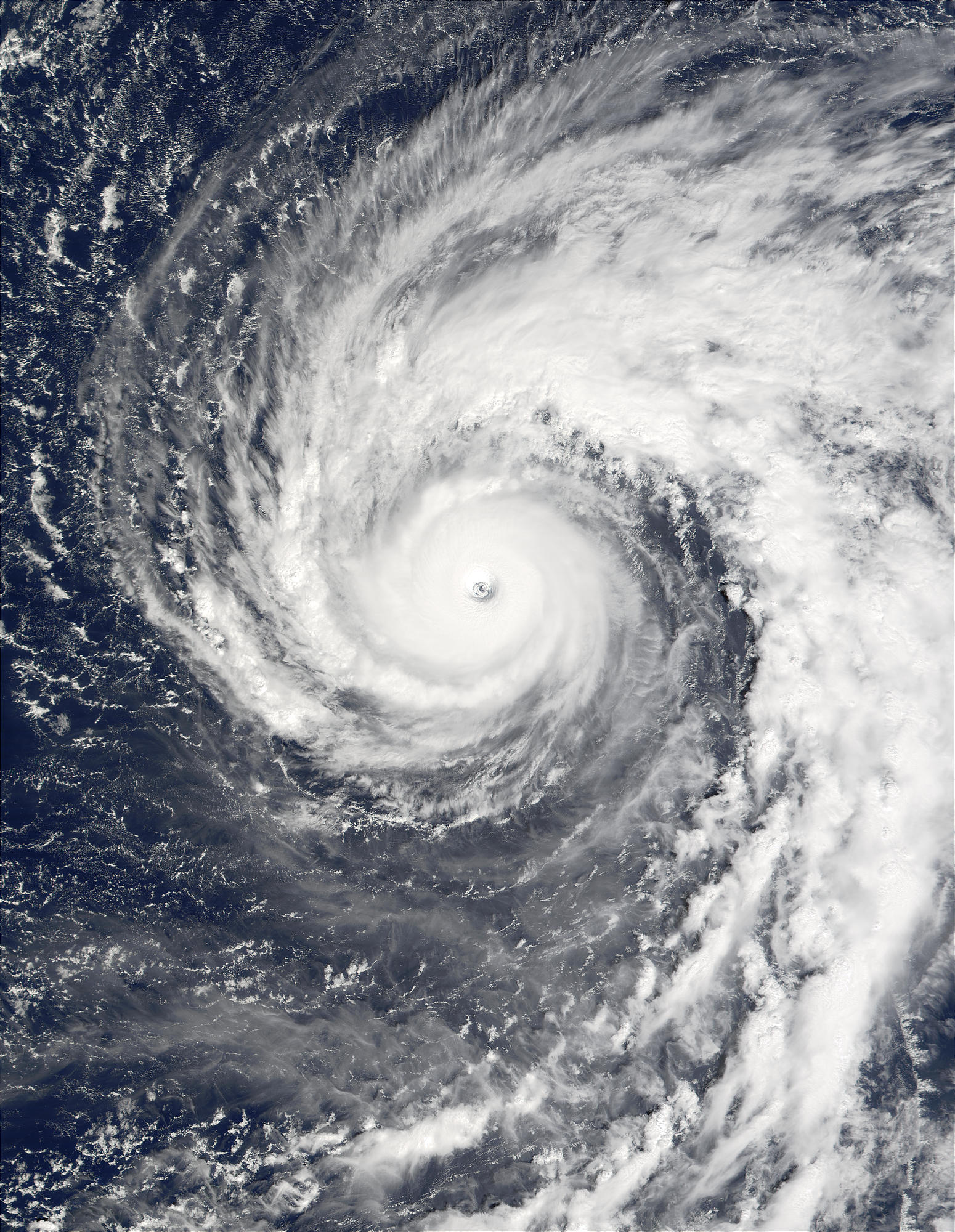 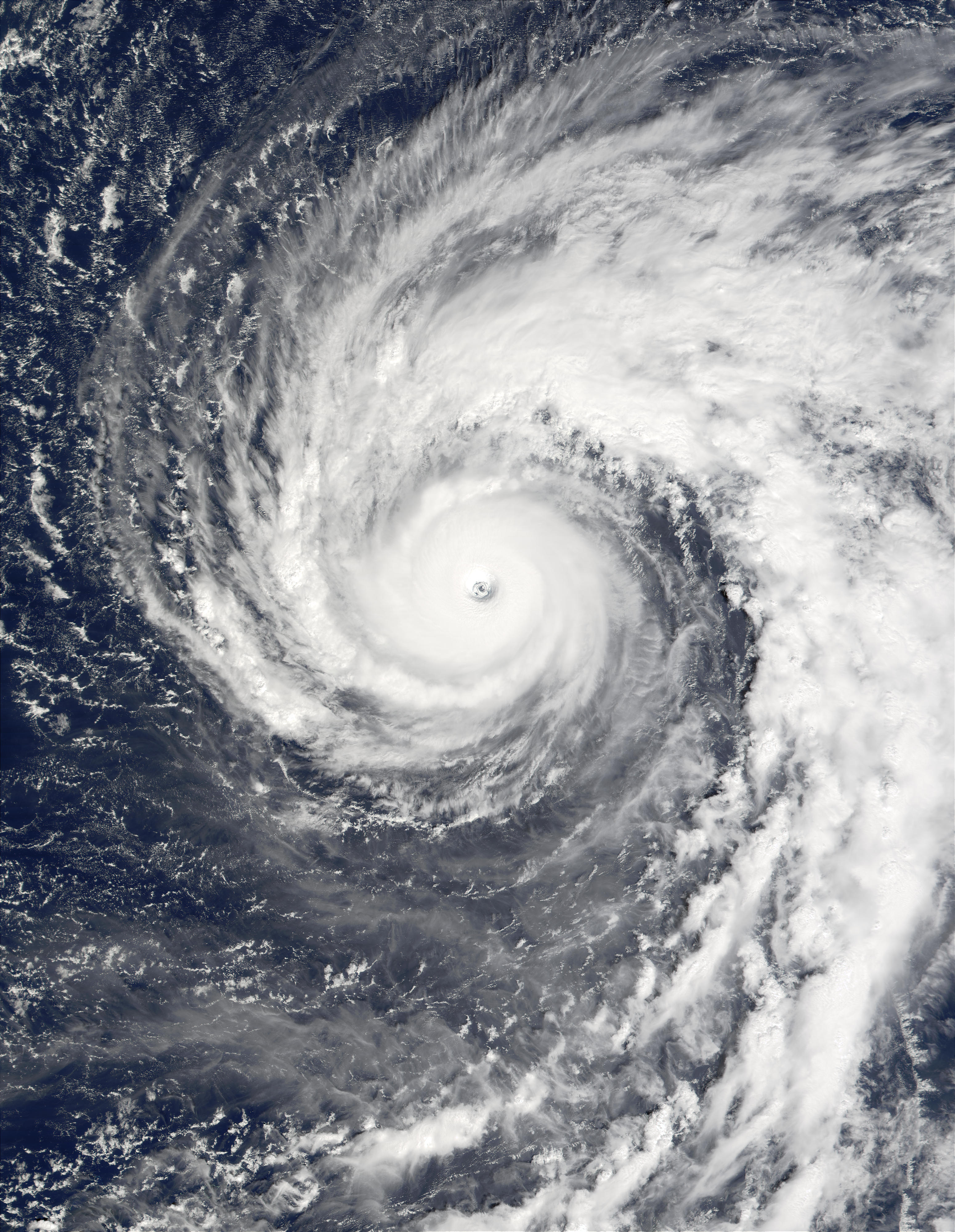 Super Typhoon Podul is off to the east of the Mariana Islands in the western Pacific Ocean, in this true-color MODIS image. This image was captured on October 24, 2001, when Podul had sustained winds of 140 knots (167 mph), and achieved gusts of 170 knots (190 mph). The storm was anticipated to continue on a north-northeastern path, becoming a potent extratropical storm before it moves into the Gulf of Alaska early next week.