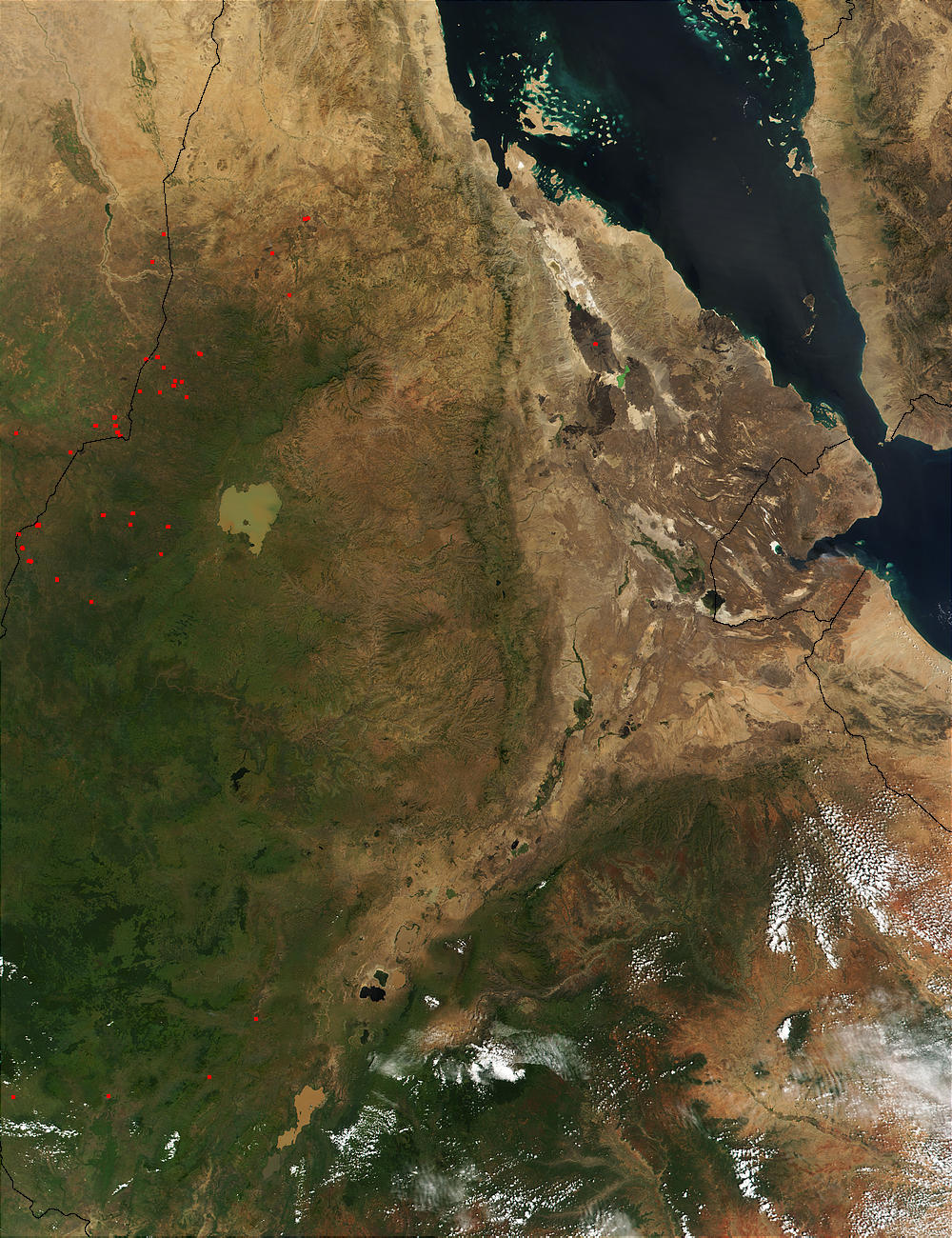 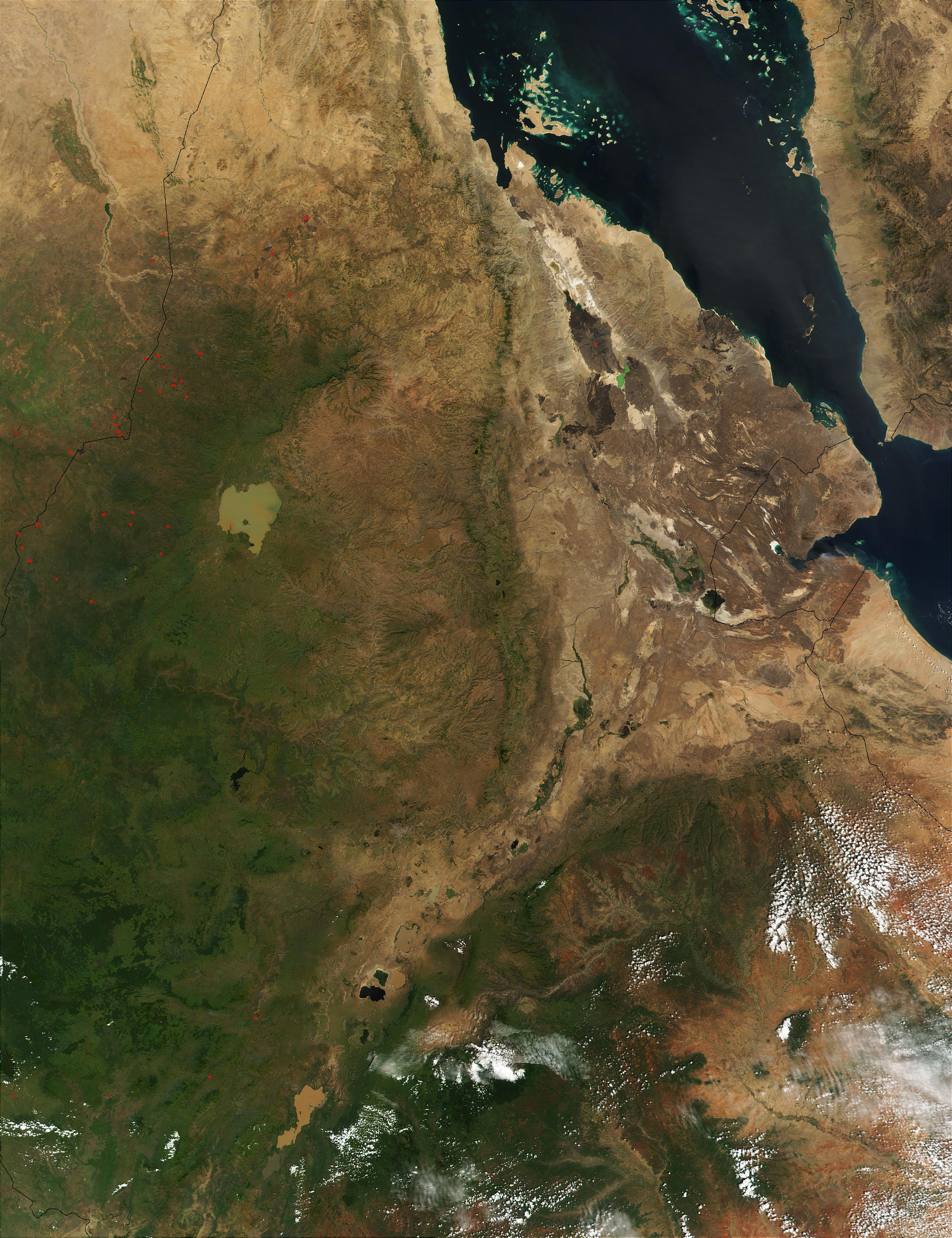 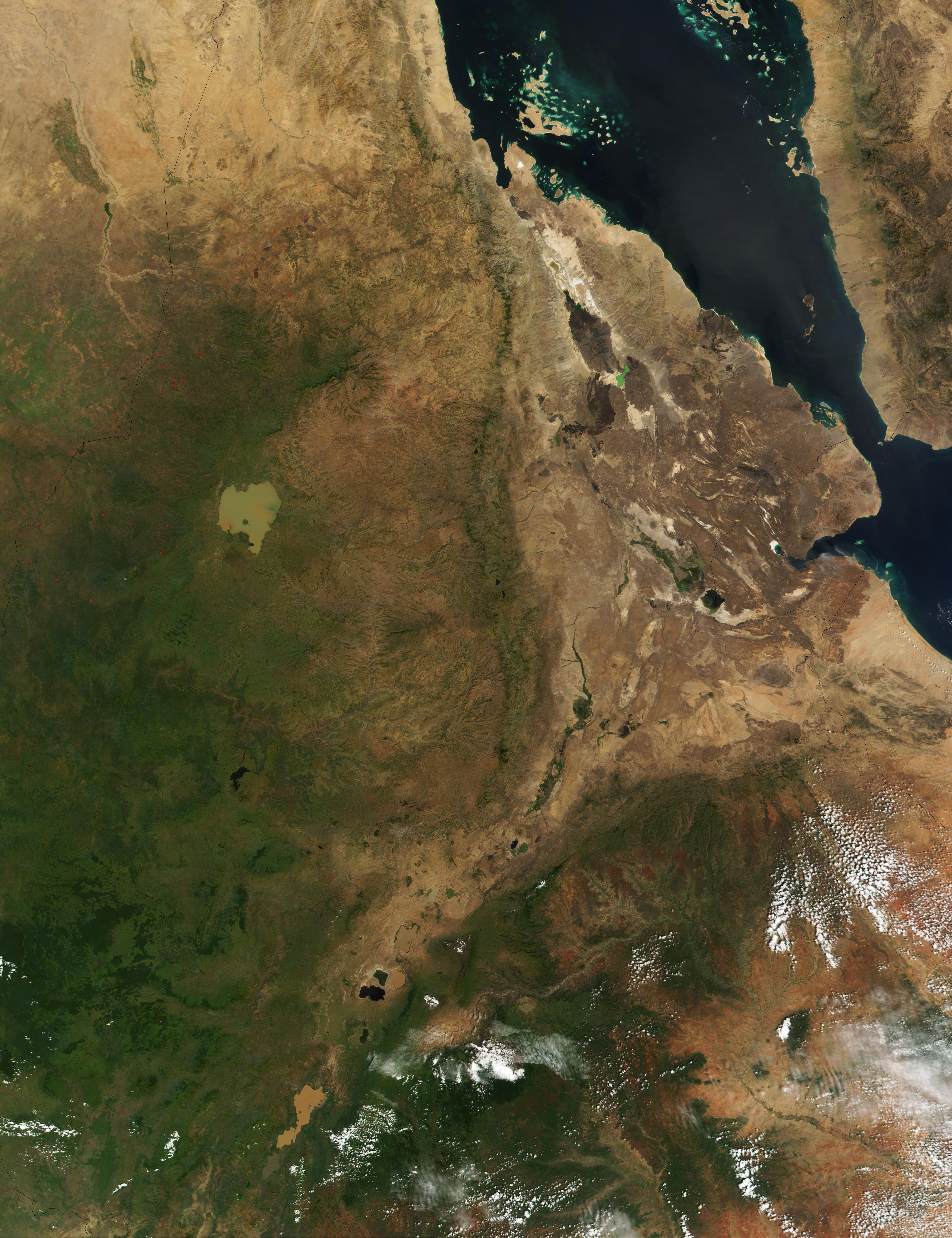 Fires in Ethiopia and Sudan

This true-color MODIS image from November 6, 2001, shows the African countries of Sudan (upper left), Ethiopia (center), Djibouti (where the red sea narrows), part of Somalia (lower right). The country of Eritrea (boundary not shown) runs along the western coast of the Red Sea from the top of the image down to the boundary of Djibouti.

Along the border of Sudan and Ethiopia several fires were detected by MODIS, and are indicated with red dots. To the east, however, the red dot centered in the dark brown area is more likely an indication of volcanic activity. At Ethiopia's eastern boundary lies the Afar Depression, home to three volcanoes. The dark brown patches indicate lava flows.