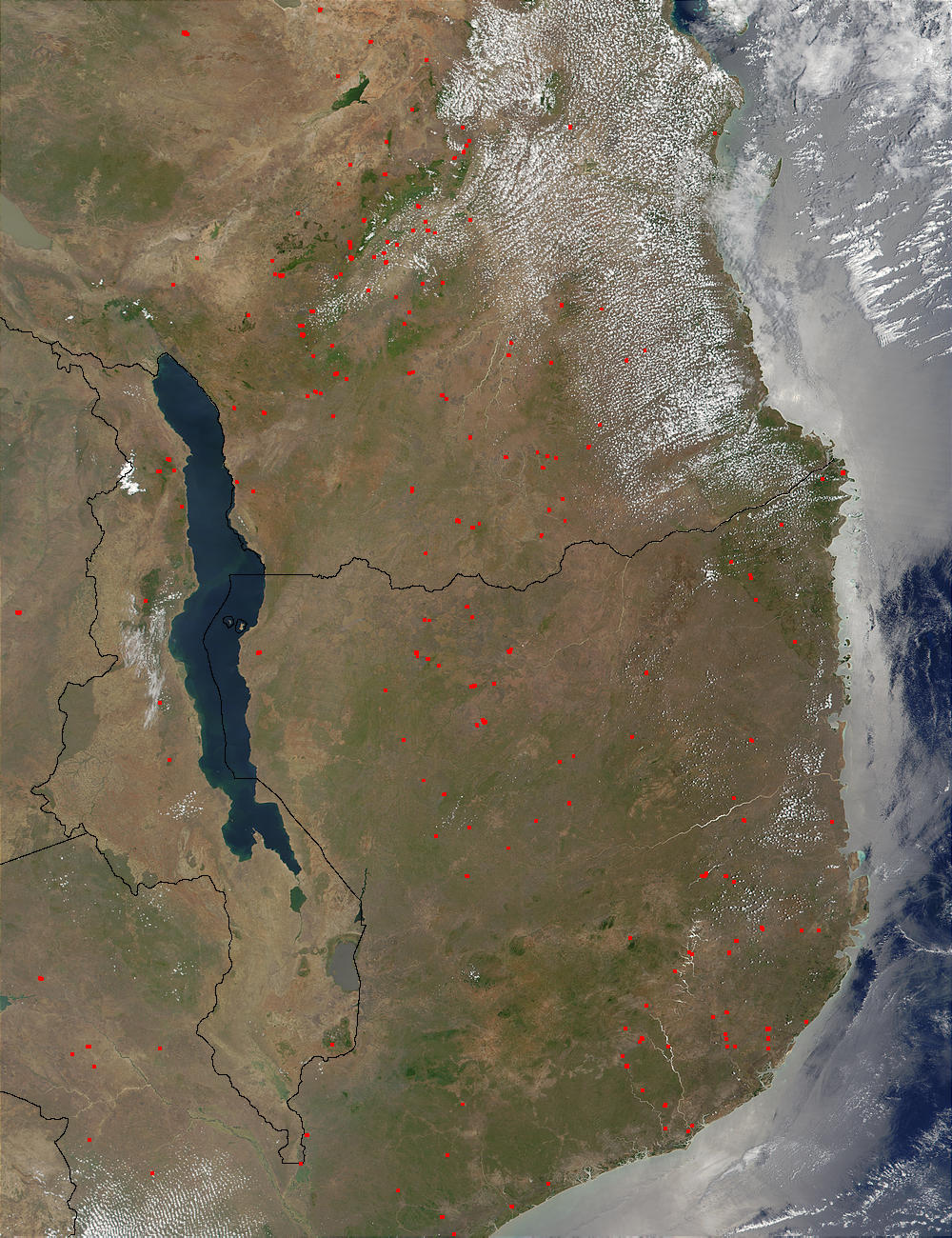 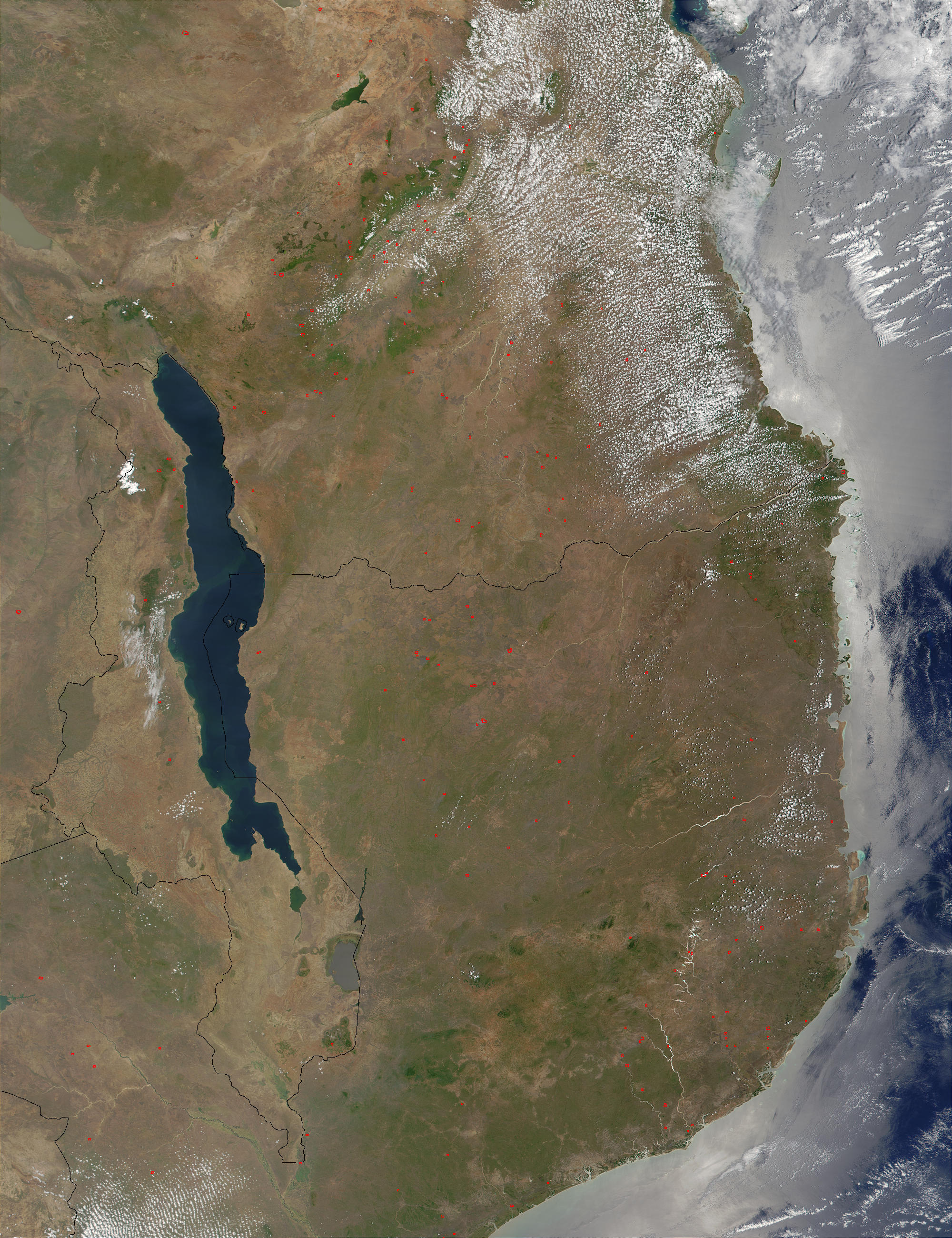 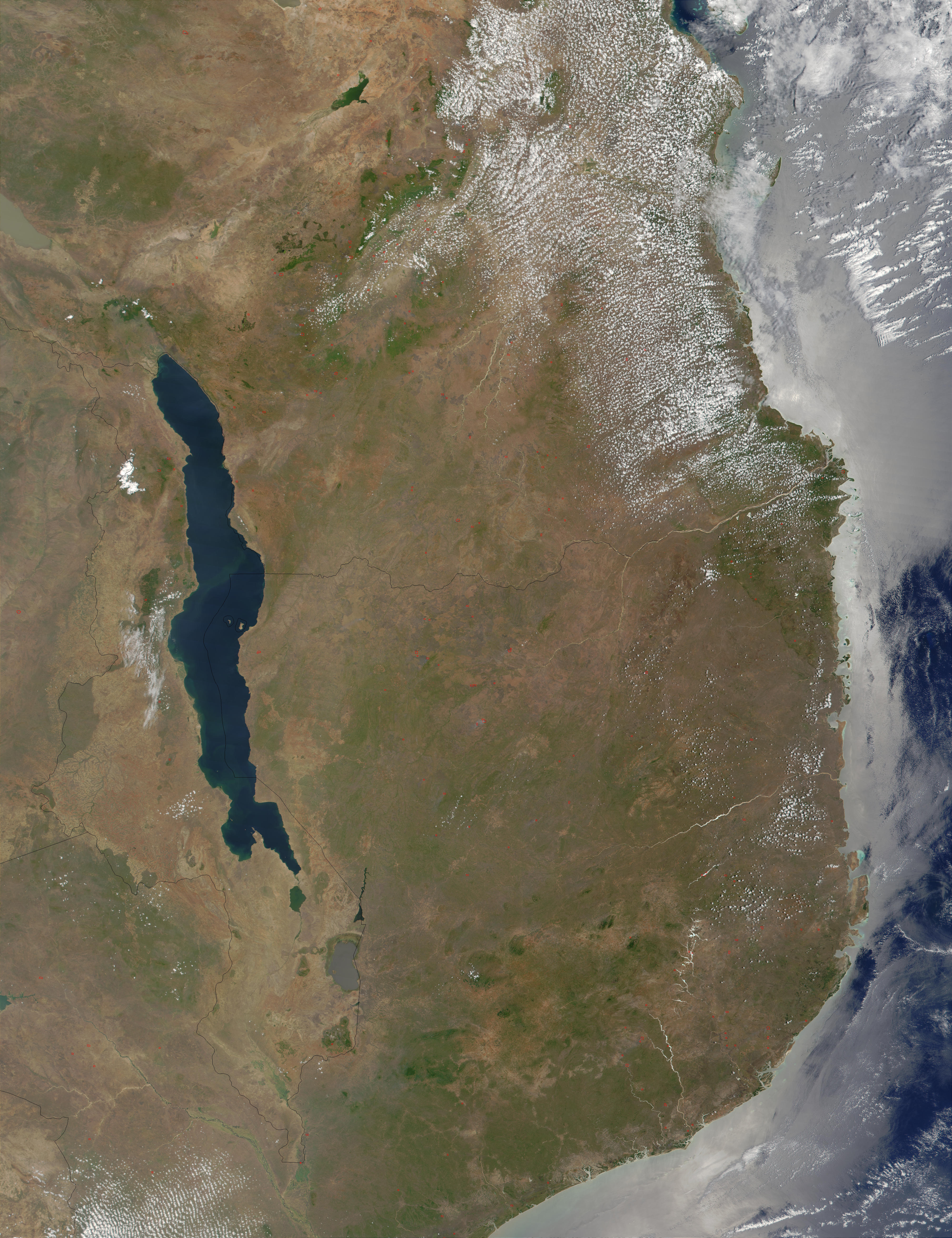 Fires in Tanzania and Mozambique

Like many countries, the southeastern African country of Malawi faces the challenge of balancing a growing population's need for food and energy with preservation of natural resources. This MODIS image from November 8, 2001, shows Malawi surrounded by (starting from top and moving clockwise) Tanzania, Mozambique, and northern Zambia.

Lake Malawi runs north-south through the eastern part of the country, and is the southern-most of Africa's Great Rift Lakes, a series of deep lakes that run roughly north-south along the Great Rift Valley in eastern Africa, formed when the earth buckled and then sank after the collision of Africa and Eurasia millions of years ago.

Most of the land around the lake and throughout the country has been cleared of its natural vegetation and converted to agricultural land. This causes soil erosion problems and sedimentation in the lake, which affects the sustainability of fishing in the lake. In this image, greenish swirls in the water around the shores could indicate a mixture of sediment and phytoplankton or algae.

Deforestation is also a major issue, especially since wood for fuel is the primary source of the country's energy. The difference between the lands protected by parks and preserves stand out dramatically. The largest protected area is halfway down the western border of the country-Kasungu National Park. Several smaller preserves also exist, and where they do, they stand out in green against the paler landscape.