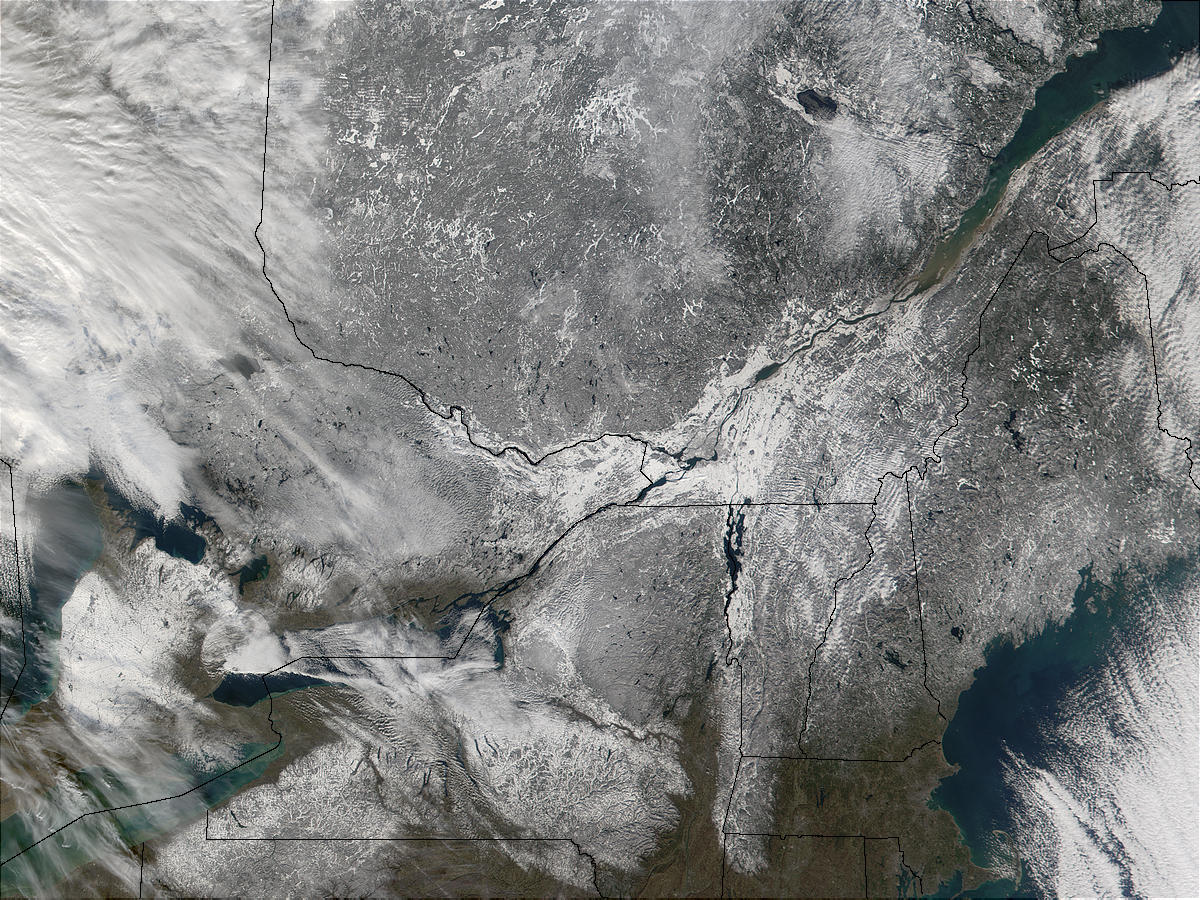 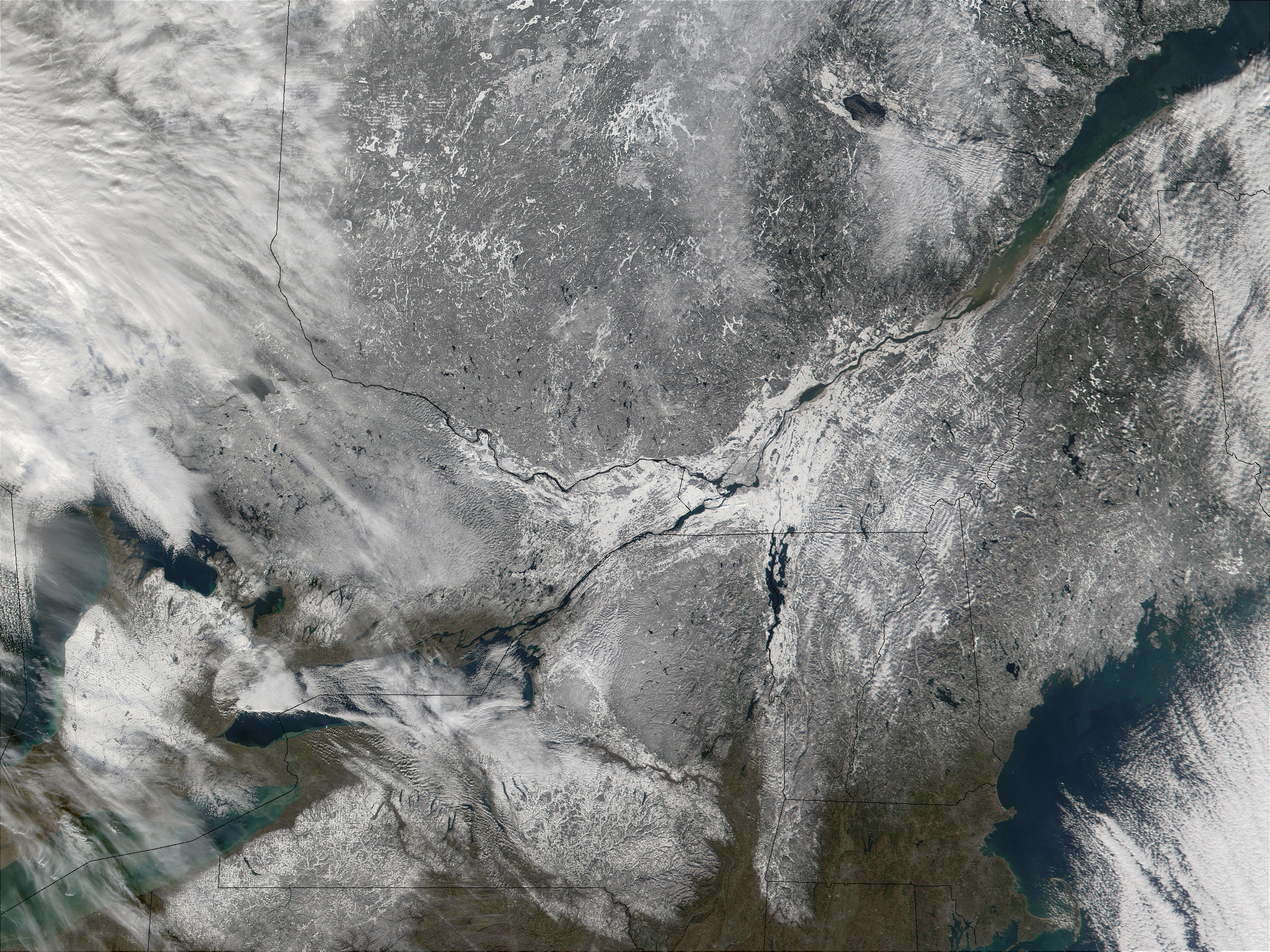 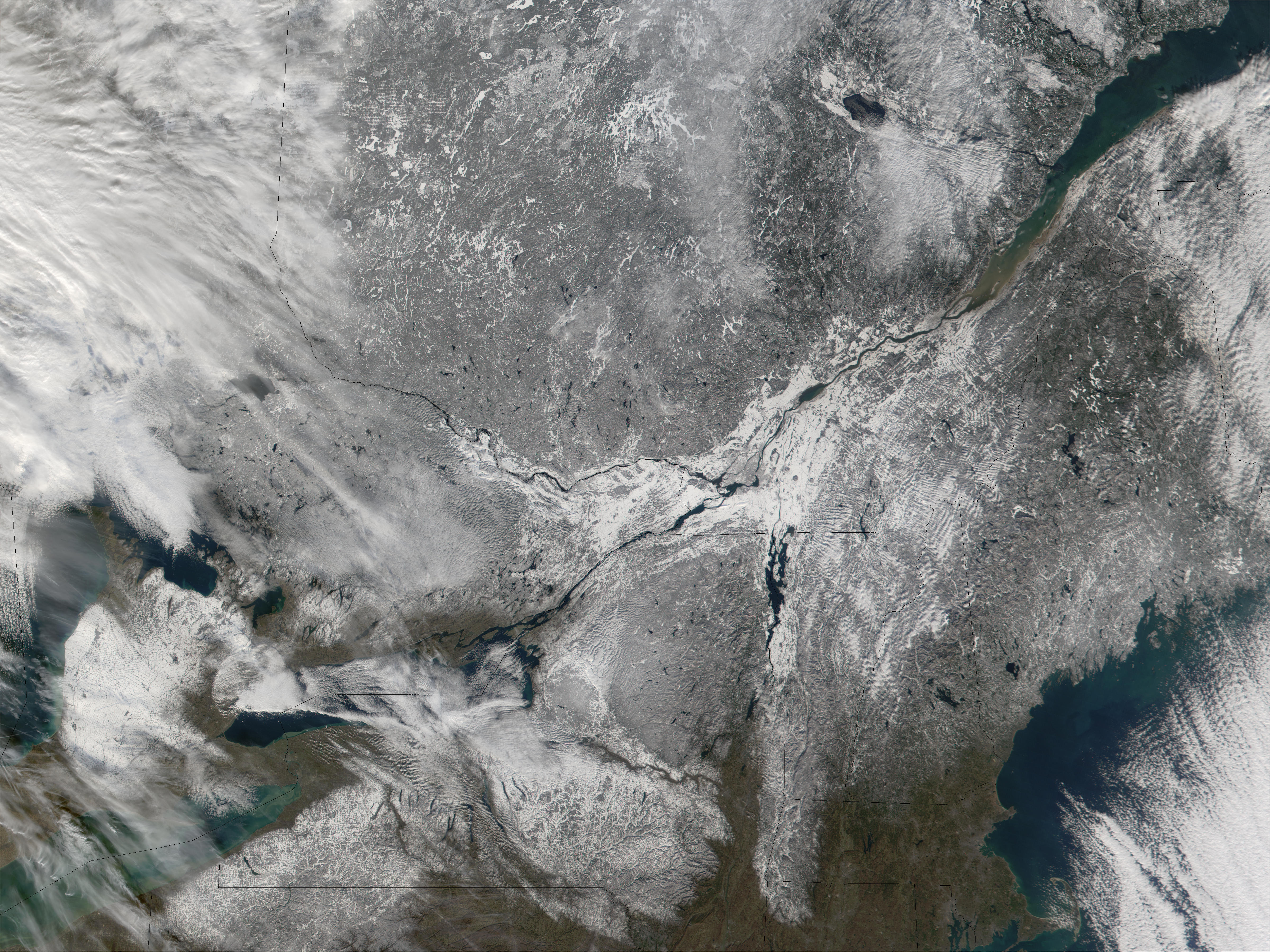 A pre-Christmas snowfall covers southeastern Quebec and the northeastern United States in this true-color MODIS image from December 22, 2001. At the upper right of the image, the mouth of the St. Lawrence River is brown with sediment in the narrow, southernmost part. From the mouth all the way back to Lake Ontario, the river is free of ice, but will not likely remain that way. Though navigation continues throughout the winter with the aid of ice breaking ships, the river will eventually freeze all the way out to the Atlantic Ocean.

The white backdrop of snow across the northeastern U.S. makes several bodies of water stand out in deep blue, including New York's Finger Lakes (thin, vertical slashes to the south of Lake Ontario) and Lake Champlain, on the border of New York and Vermont.