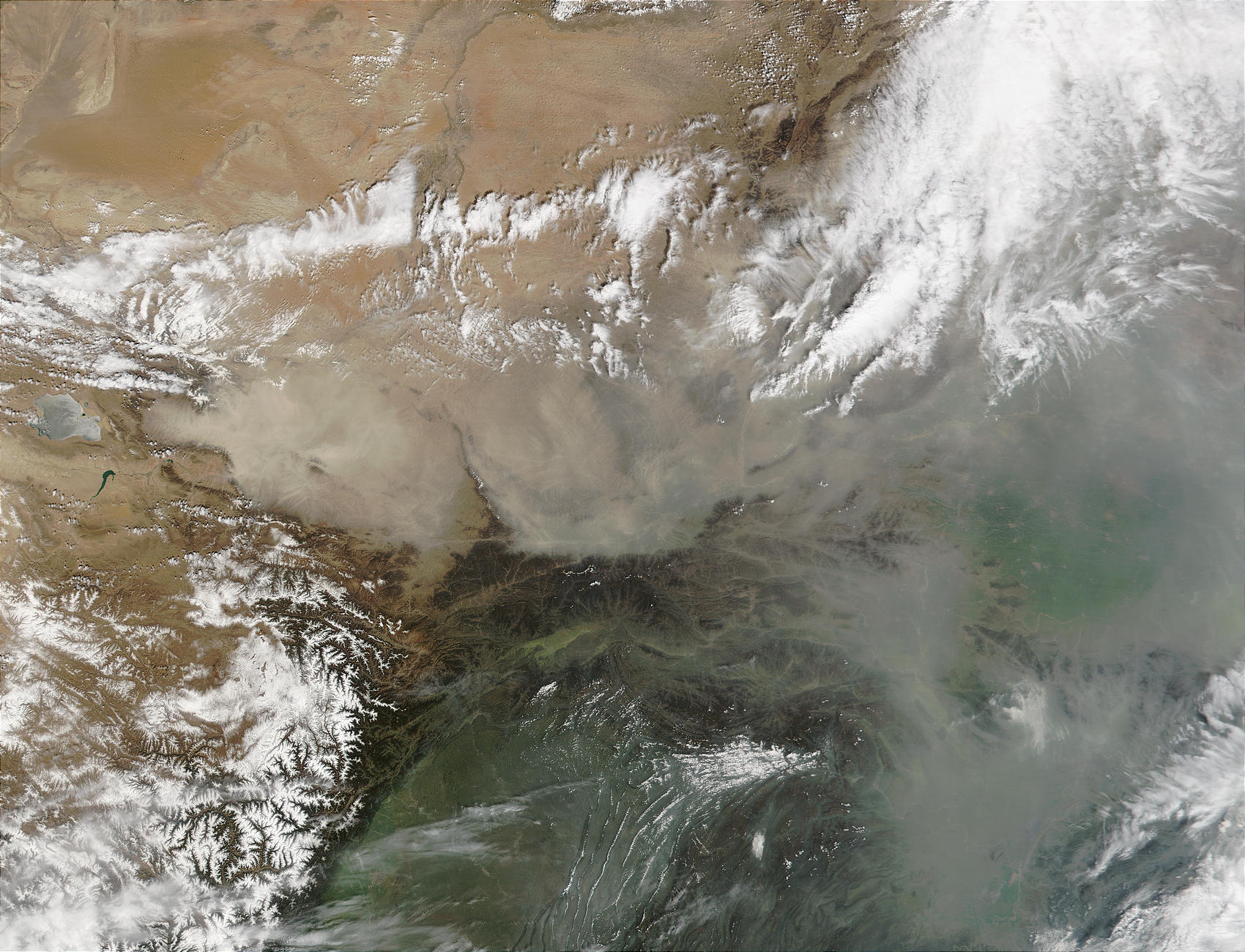 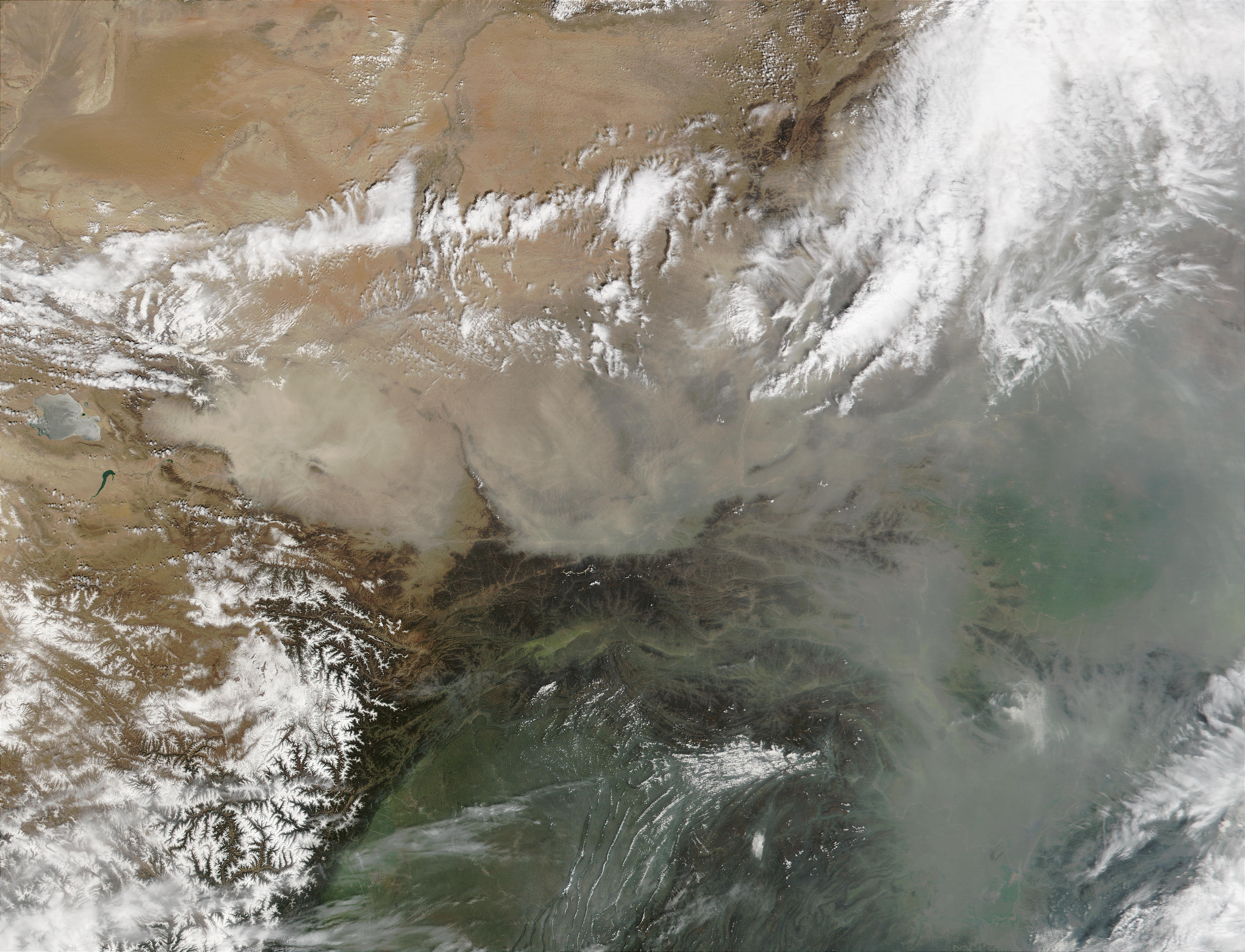 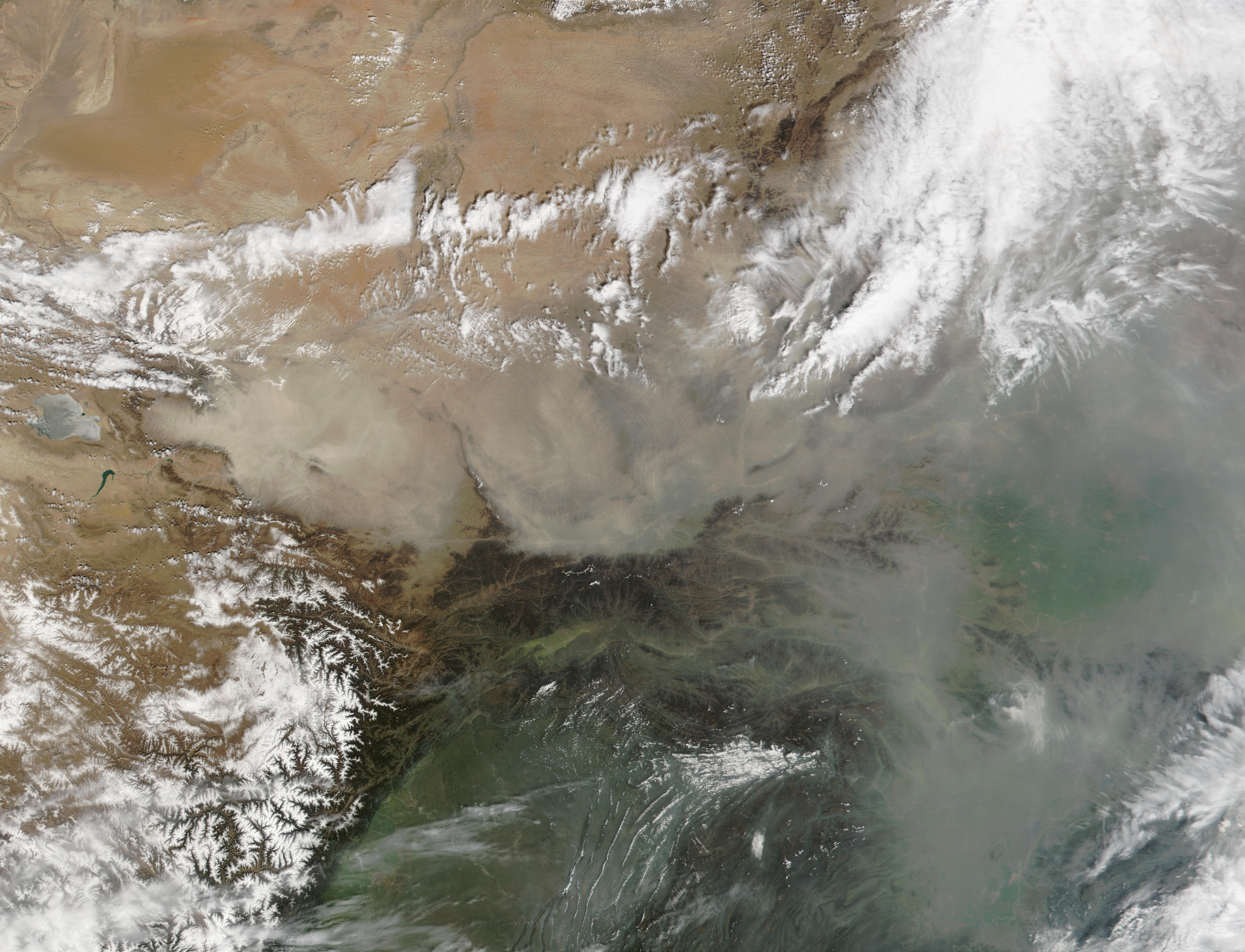 Dust and pollution in Northern China

There is a thick pall of haze (greyish pixels) over Eastern China, while there appears to be a new dust storm (brownish pixels) blowing out from the deserts of Mongolia on March 29, 2002. This true-color image of the region was acquired by the Moderate-resolution Imaging Spectroradiometer (MODIS), flying aboard NASA's Terra spacecraft.