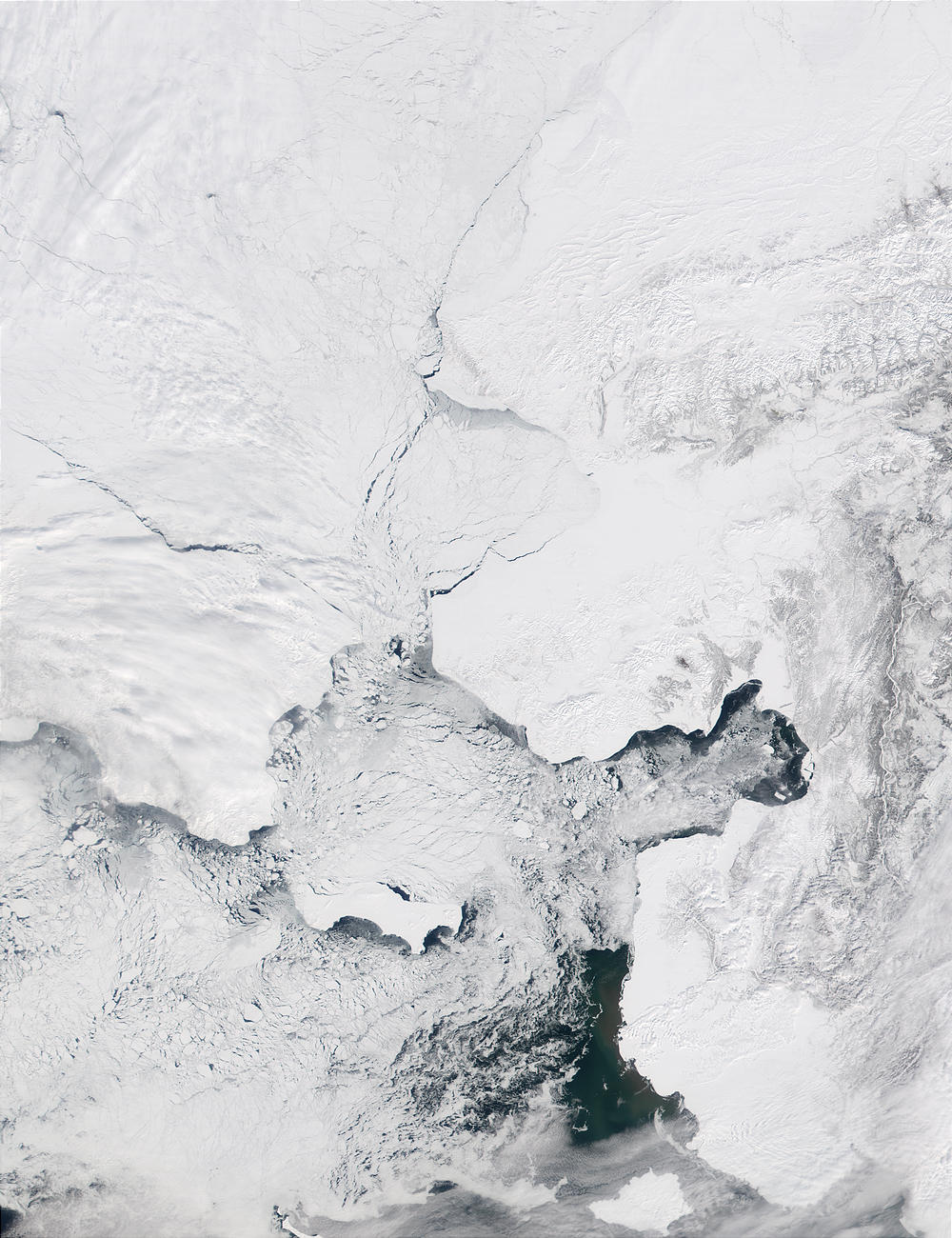 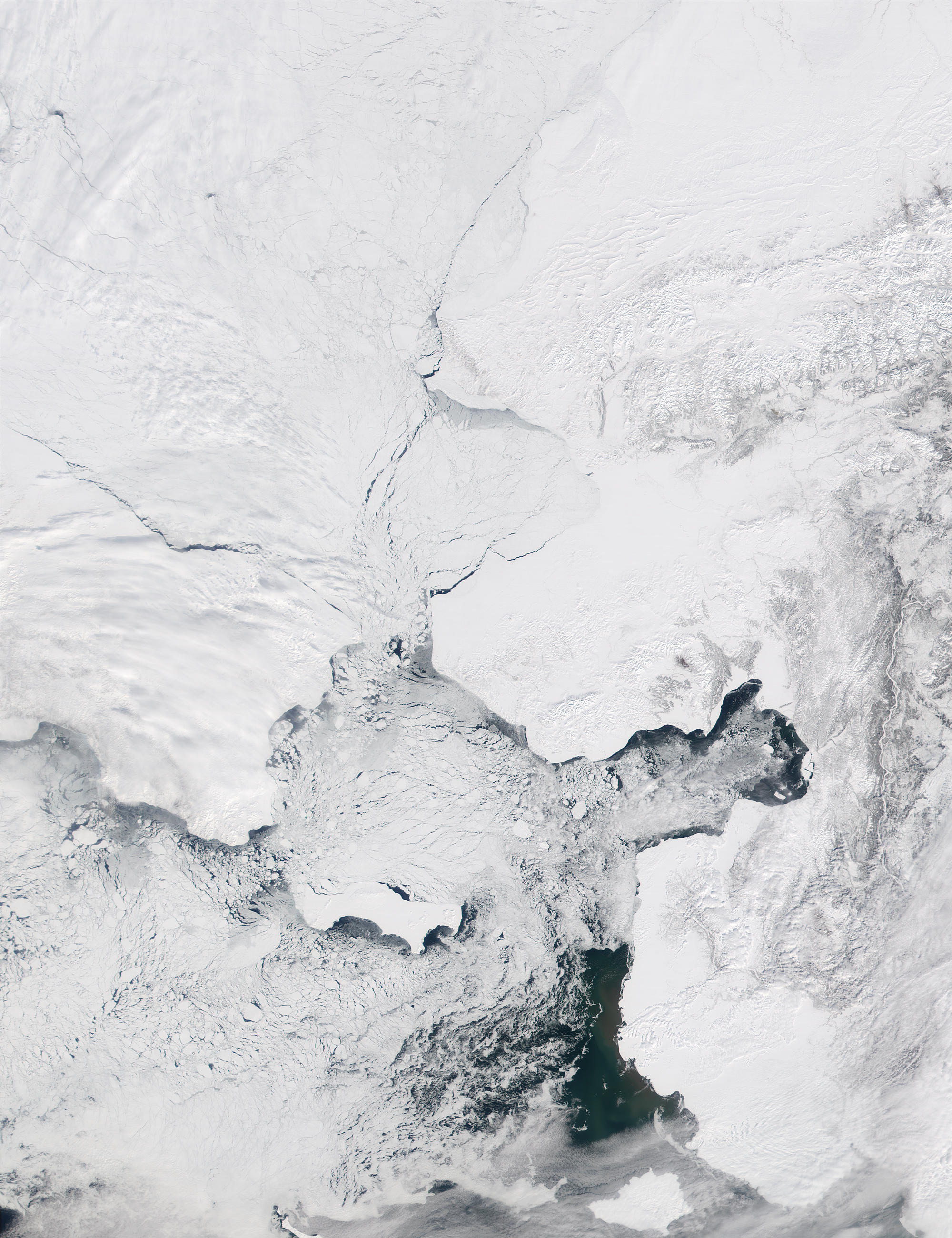 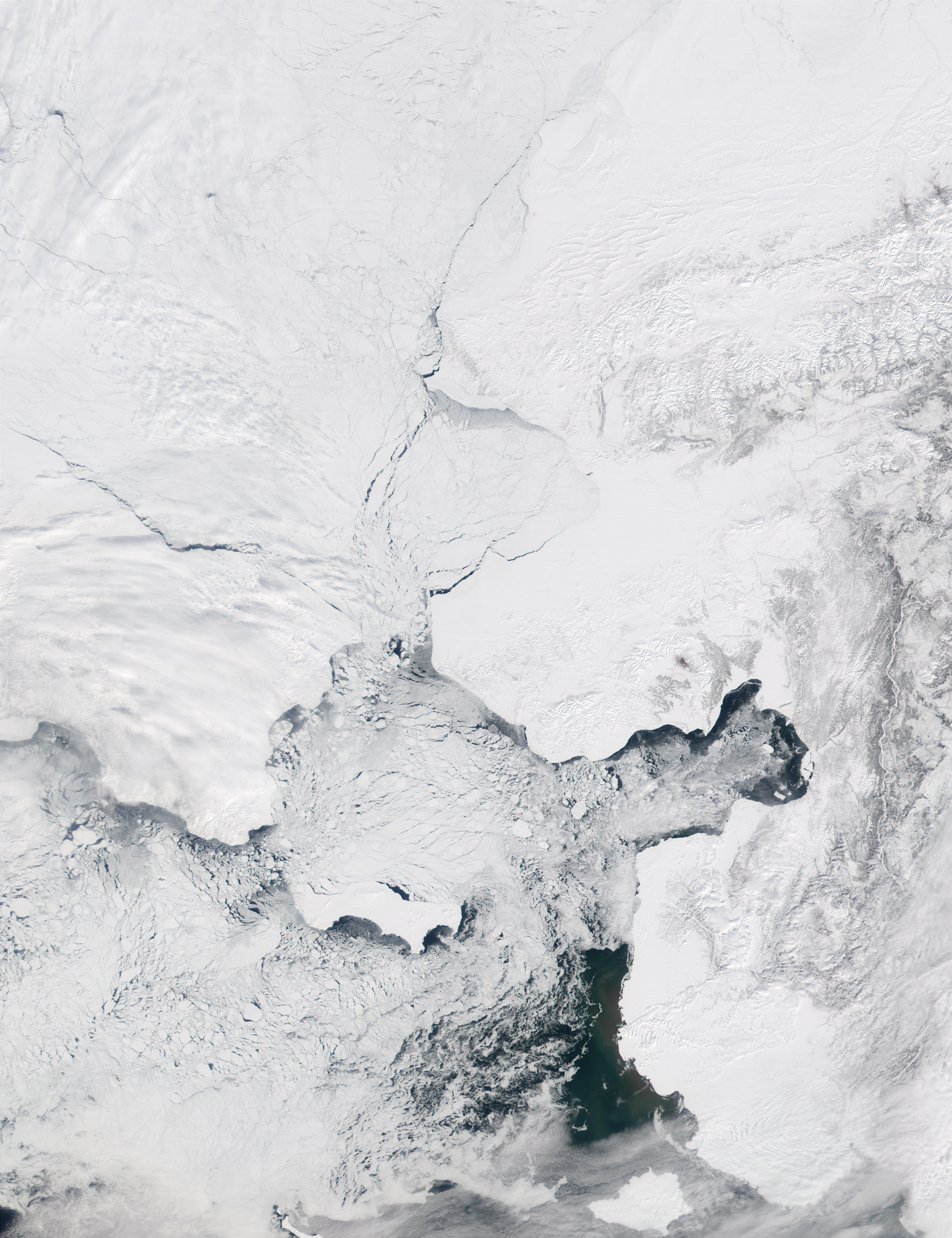 Although the landscapes of Alaska (right) and Russia (left) were covered in snow, the sea ice in the Bering Strait between them appears to be breaking up and receding slightly in this MODIS image from April 22, 2002. The coastal waters of southwestern Alaska are showing dark swirls that could be a mixture of sediment and phytoplankton.

This series of images from late April to early May shows the thawing of the Bering Strait between Siberia (left) and Alaska’s Seward Peninsula (right). To the north is the Chukchi Sea. The series also shows the retreat of winter snow cover from Alaska.