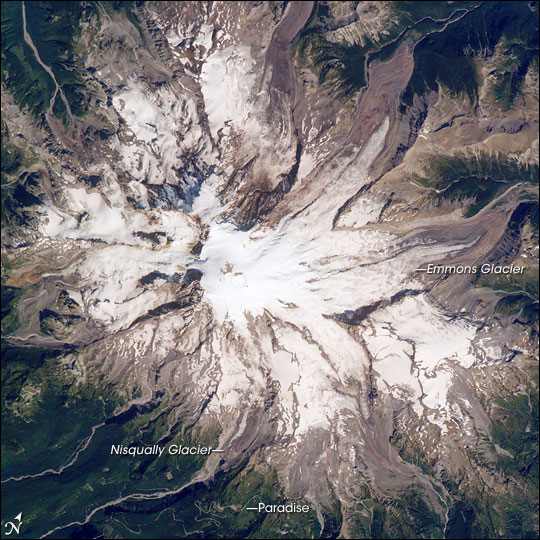 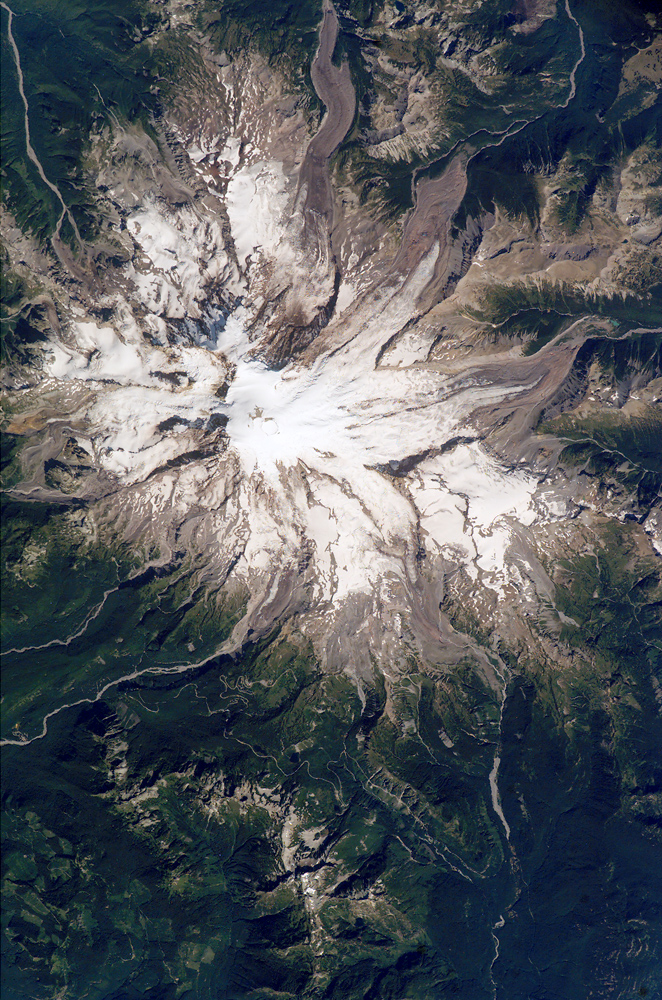 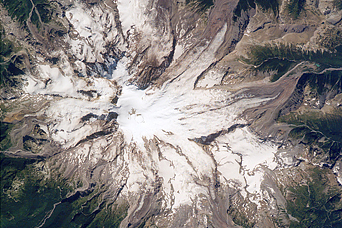 A clear summer day over Washington state provided the International Space Station crew the chance to observe Mt. Rainier—a volcano that overlooks the Seattle metropolitan area and the 2.5 million people who live there. In addition to its presence on the Seattle skyline, Mt. Rainier also looms large among volcanoes in the United States.

Astronaut photograph ISS011-E-11428 was acquired July 31, 2005, with a Kodak 760C digital camera with a 400 mm lens, and is provided by the ISS Crew Earth Observations experiment and the Image Science & Analysis Group, Johnson Space Center. The International Space Station Program supports the laboratory to help astronauts take pictures of Earth that will be of the greatest value to scientists and the public, and to make those images freely available on the Internet. Additional images taken by astronauts and cosmonauts can be viewed at the NASA/JSC Gateway to Astronaut Photography of Earth.

note: web sites at Johnson Space Center are temporarily shut down due to Hurricane Rita