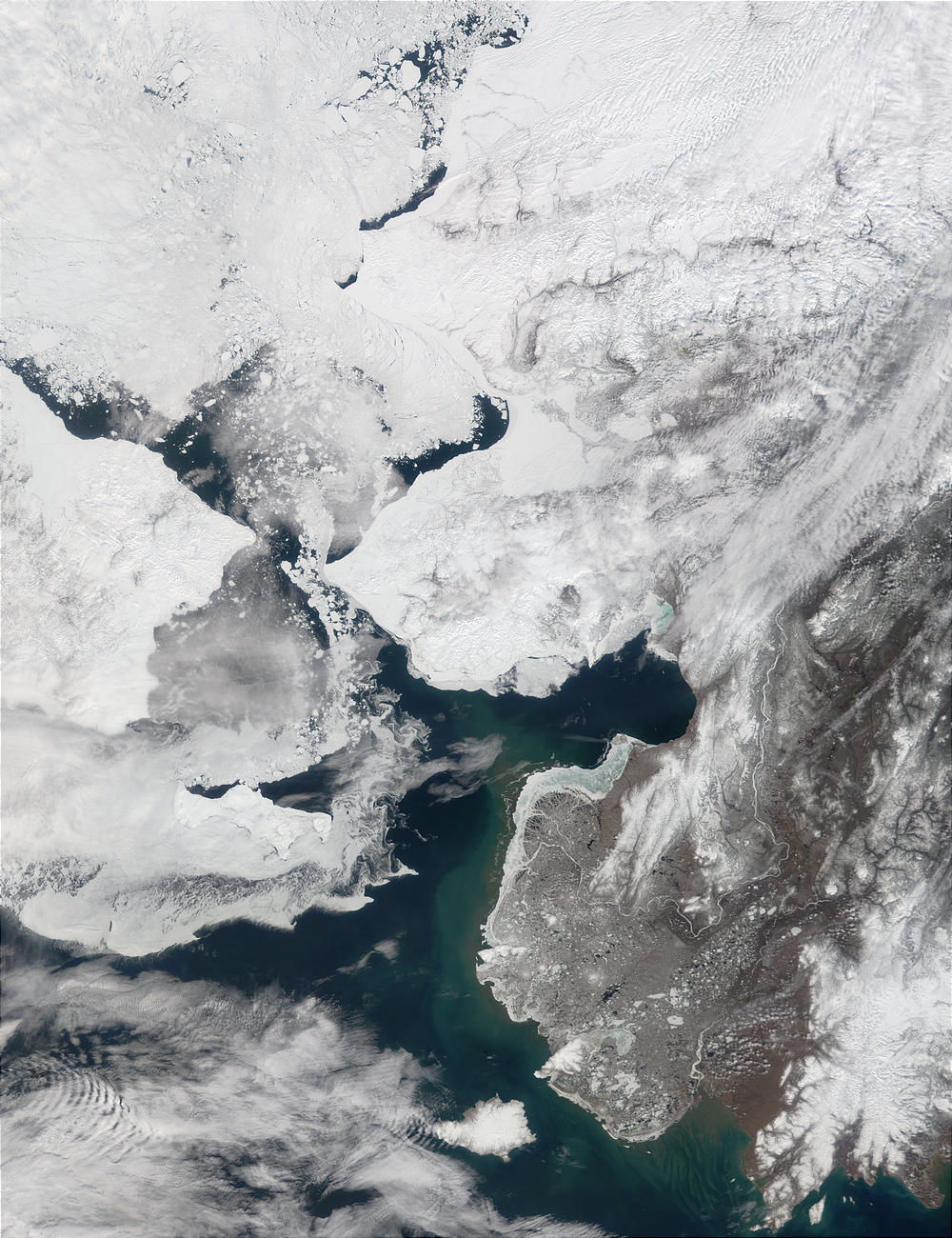 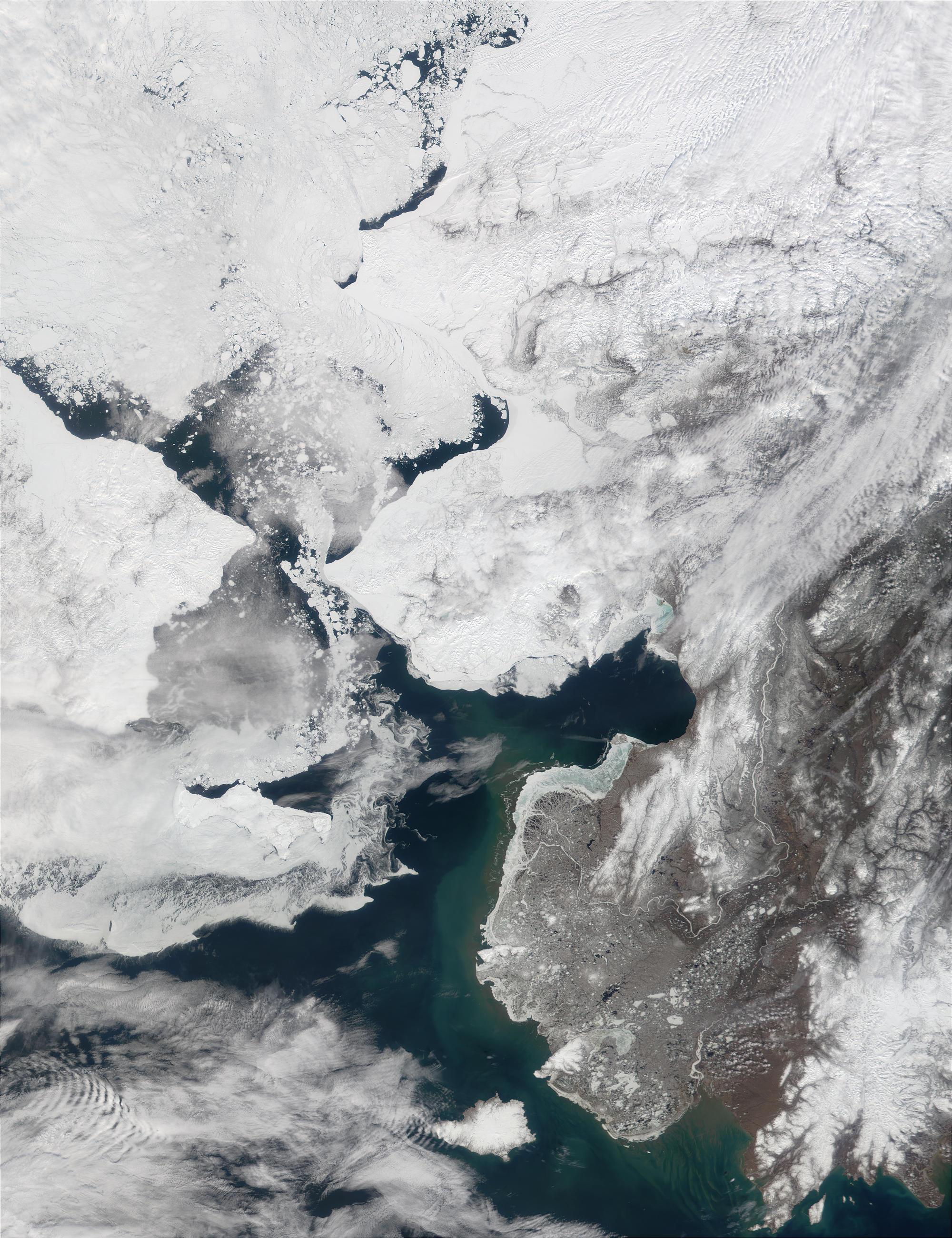 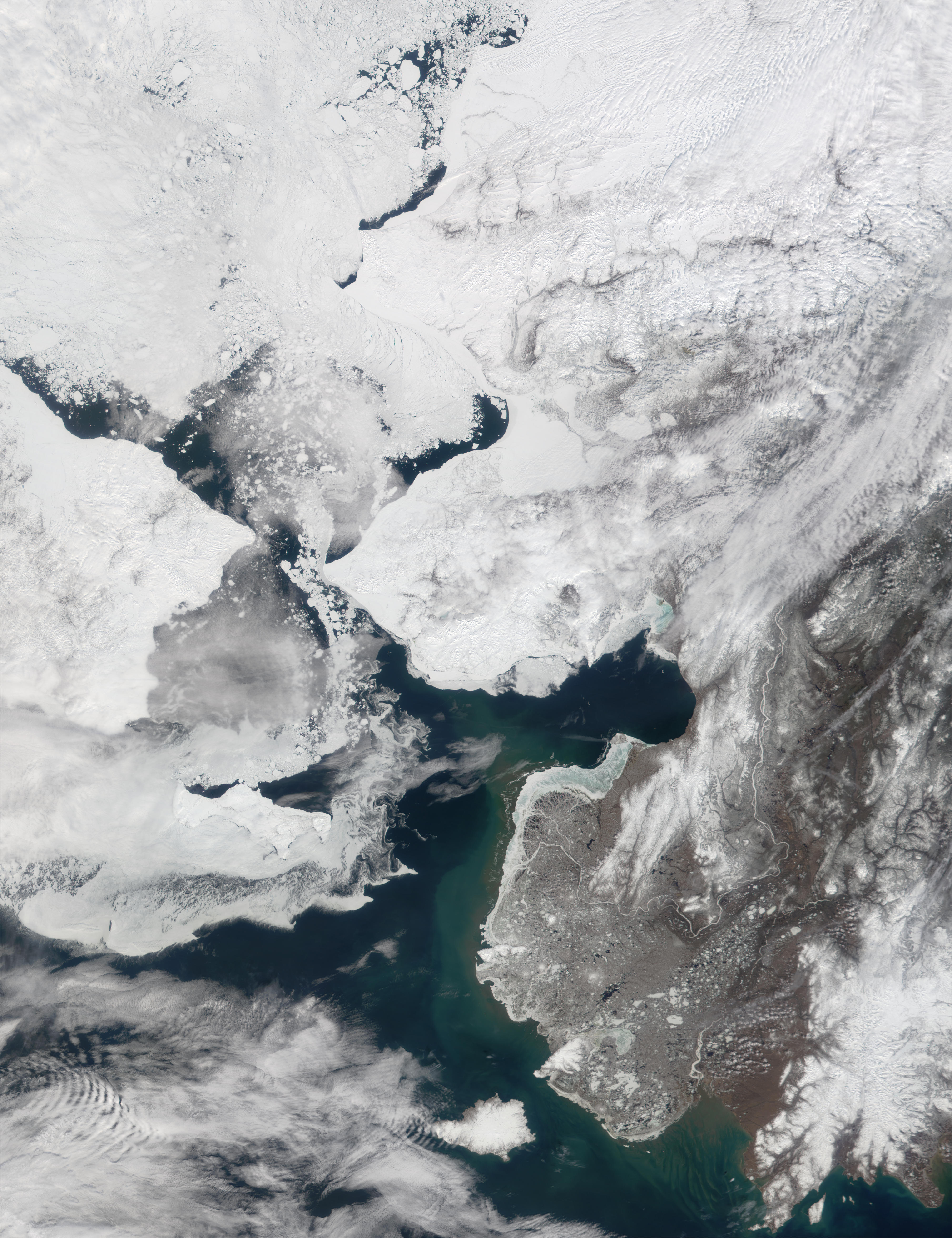 Between Alaska’s Seward Peninsula and far northeastern Siberia, spring temperatures are clearing the Bering Strait (left of center) of its seasonal sea ice. South of the Bering Strait, winds have blown the ice away from the north shore of St. Lawrence Island. South of Seward’s Peninsula, Norton Sound is free of ice, and the murky waters in the western end and southward along the coast are most likely due to suspended sediments for the most part, with a small contribution from tiny marine plants called phytoplankton. The sediments take on the appearance of streamers or filaments down in Kuskokwim Bay (lower right).

Right of center, a white ribbon running north-south and then west shows the path of the still-frozen Yukon River. At upper left, several polynyas (areas of open water or reduced ice within an ice pack) are evident in the ice in the Chukchi Sea.