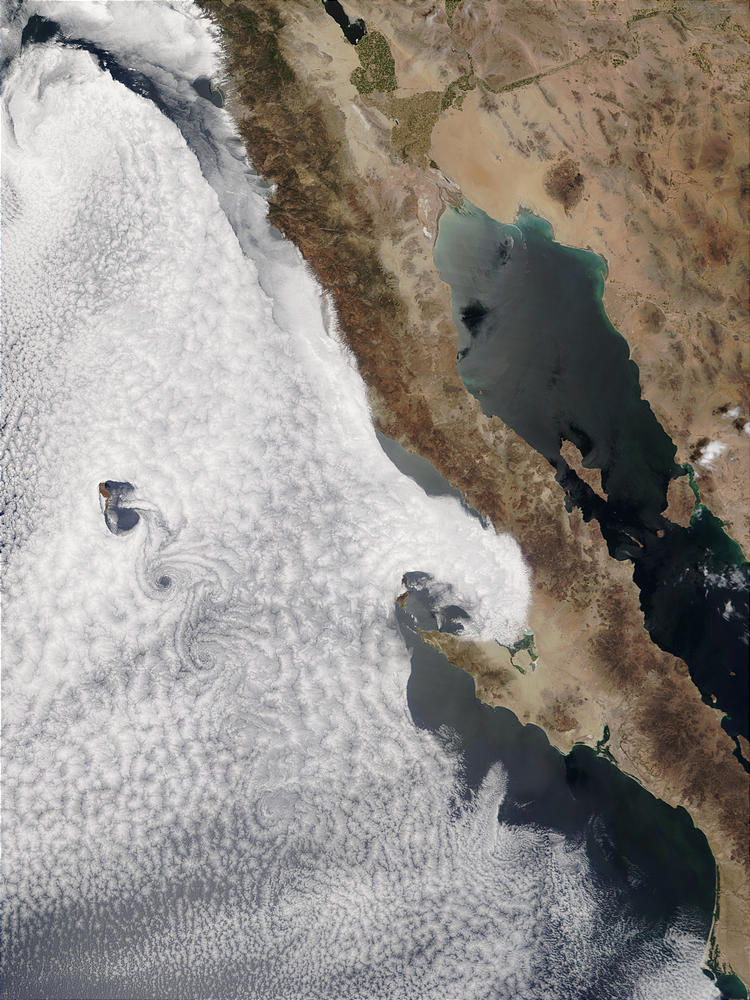 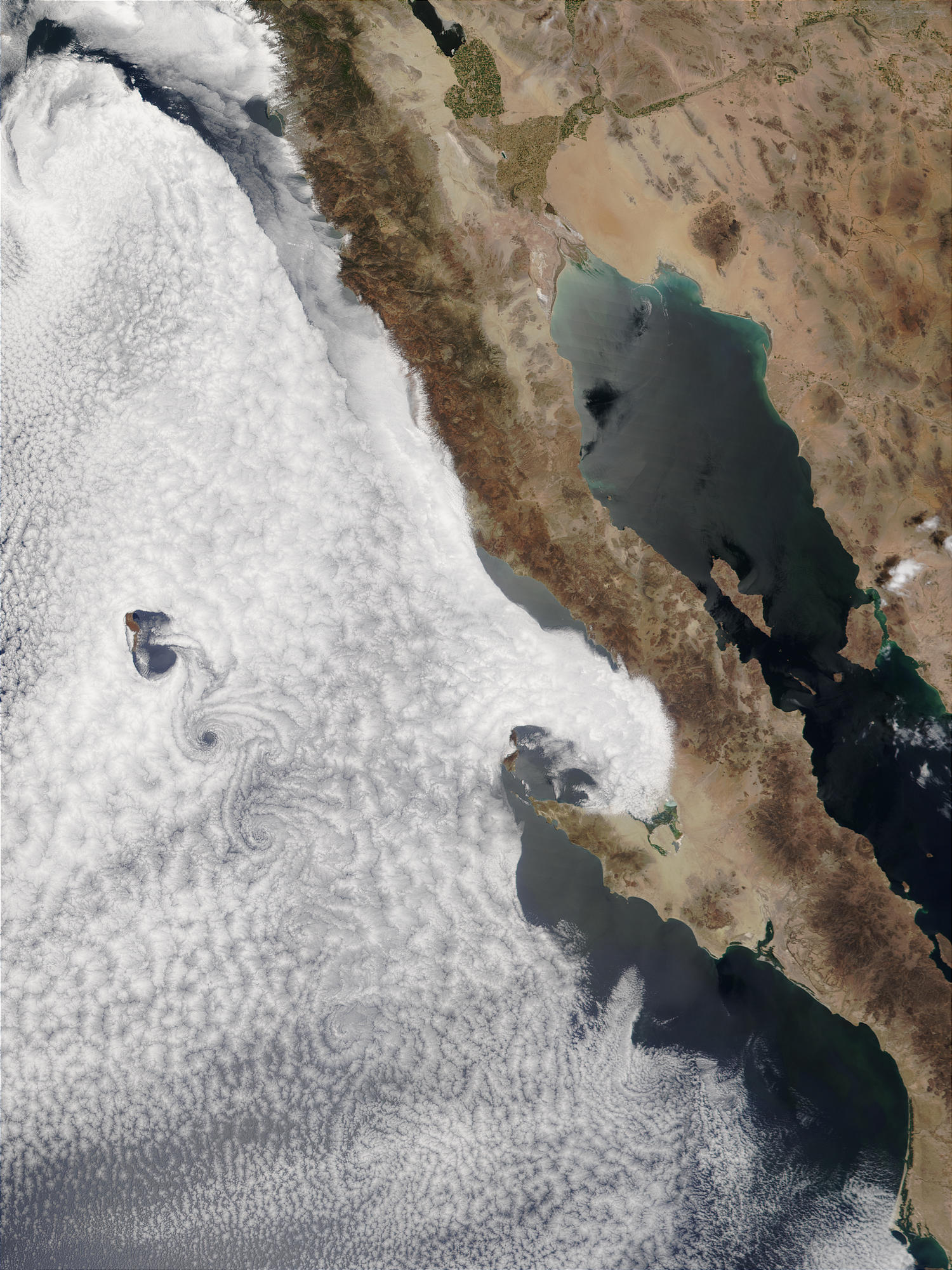 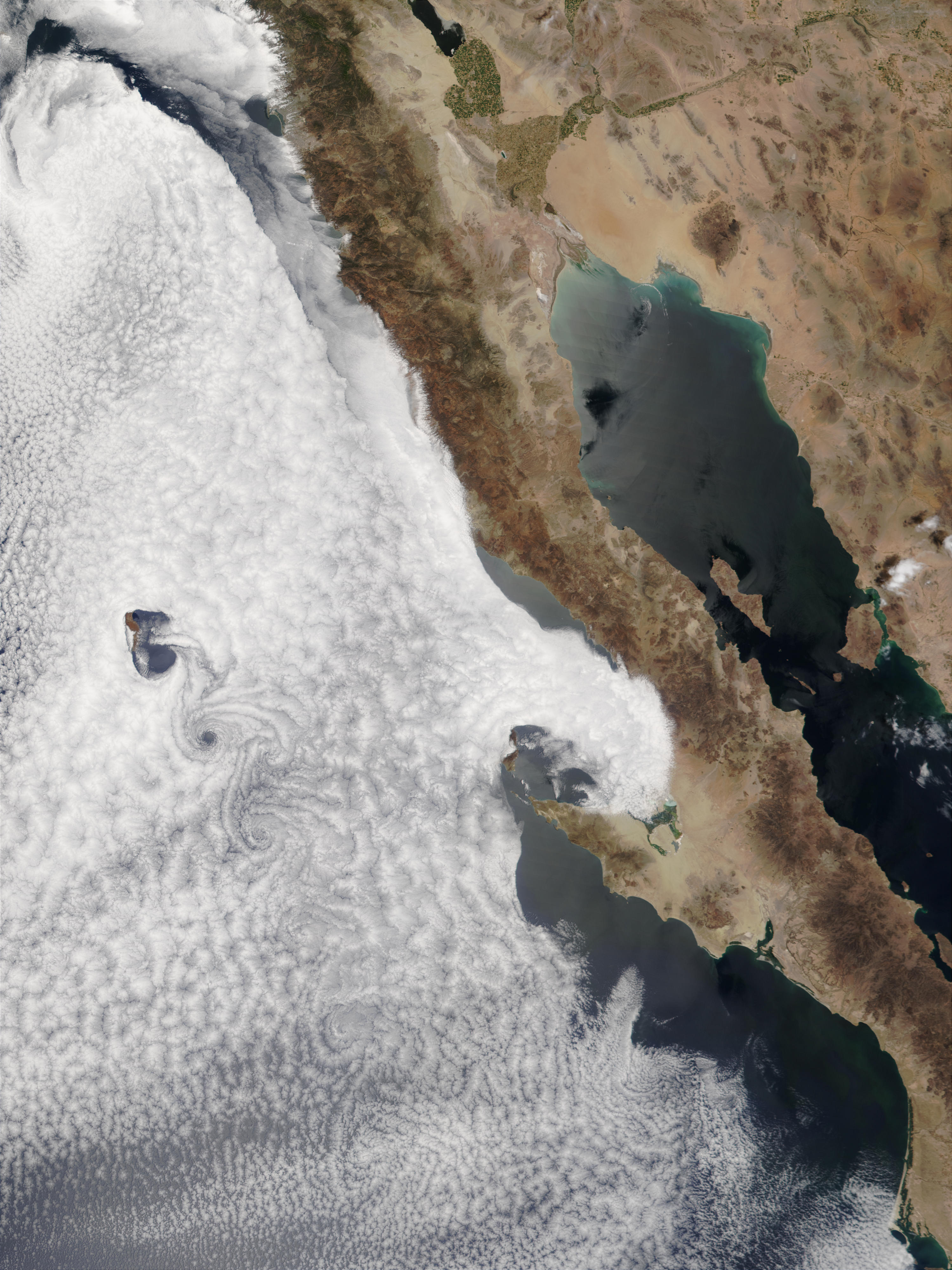 South of Guadalupe Island off Mexico's Baja Peninsula, turbulence caused by the wind passing over the island has produced eddies that swirl the clouds into a pattern known as a vortex street. Over the ocean, clouds will often become aligned with the direction of a low-level wind, producing parallel rows, or streets, of clouds. When that flow is interrupted by a land mass, turbulence can create vortices that are responsible for the "eye" features, hence the name "vortex streets."At upper right, a body of water in the middle of a desert is the Salton Sea, formed in early 1900s when irrigation channels that were diverting the Colorado River bust and the entire flow of the mighty river gushed into the Colorado Desert for almost two years. The sea became an important source of irrigation, as can be seen by the green vegetation growing in the middle of a sandy desert. The Sea is also import in the migratory patters of birds, which use it as a resting place during annual migrations. This MODIS image was acquired on May 16, 2002.