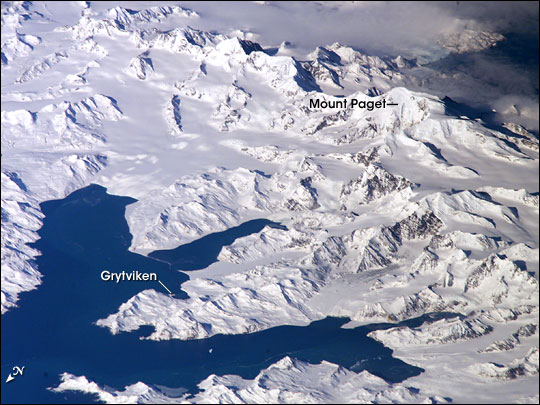 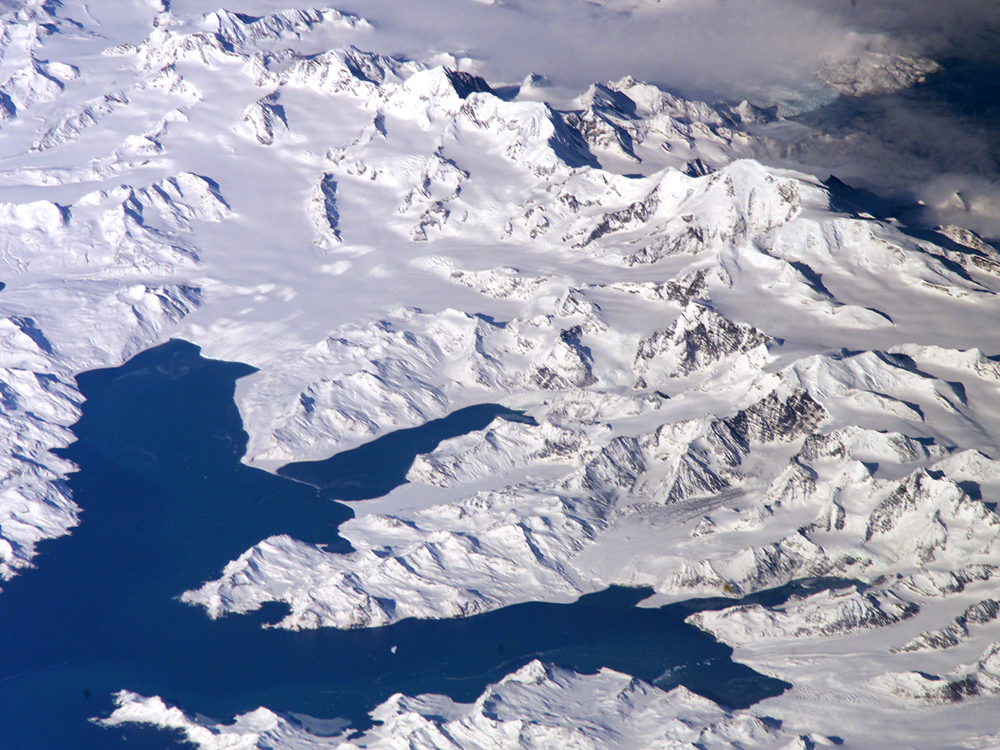 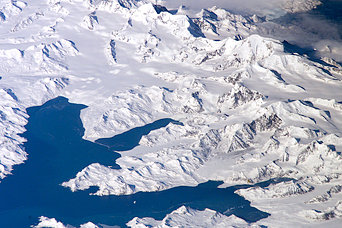 There is no permanent human base on South Georgia Island, a British territory in the South Atlantic Ocean that lies 1,300 kilometers east of the Falkland Islands. The crew of the International Space Station captured this image of the rugged and isolated landscape of the northern shore of the island. The first recorded explorer to land on the island was Captain James Cook aboard the HMS Resolution in 1775. He mapped part of the coastline, but was discouraged by the thick ice cover, lack of vegetation, and steep mountains. Mt. Paget, the highest peak, rises to 2,934 meters (9,625 feet) above sea level, and the island supports 161 glaciers. Cook named the southernmost point of the island “Cape Disappointment” when he realized he had not reached Antarctica.

Astronaut photograph ISS011-E-12148 was acquired August 26, 2005, with a Kodak 760C digital camera fitted with an 800-millimeter lens, and is provided by the ISS Crew Earth Observations experiment and the Image Science & Analysis Group, Johnson Space Center. The International Space Station Program supports the laboratory to help astronauts take pictures of Earth that will be of the greatest value to scientists and the public, and to make those images freely available on the Internet. Additional images taken by astronauts and cosmonauts can be viewed at the NASA/JSC Gateway to Astronaut Photography of Earth.