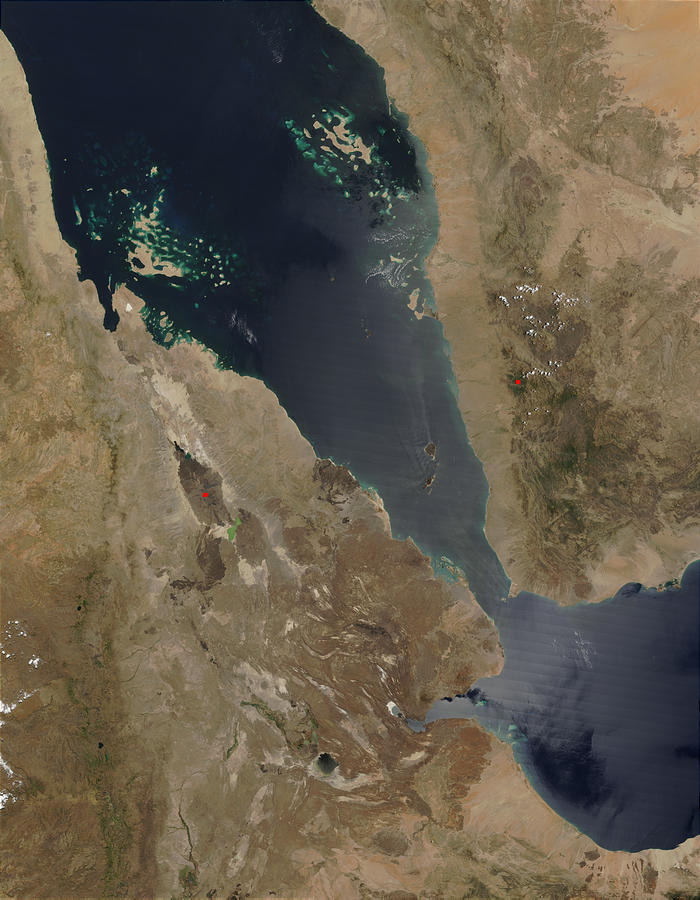 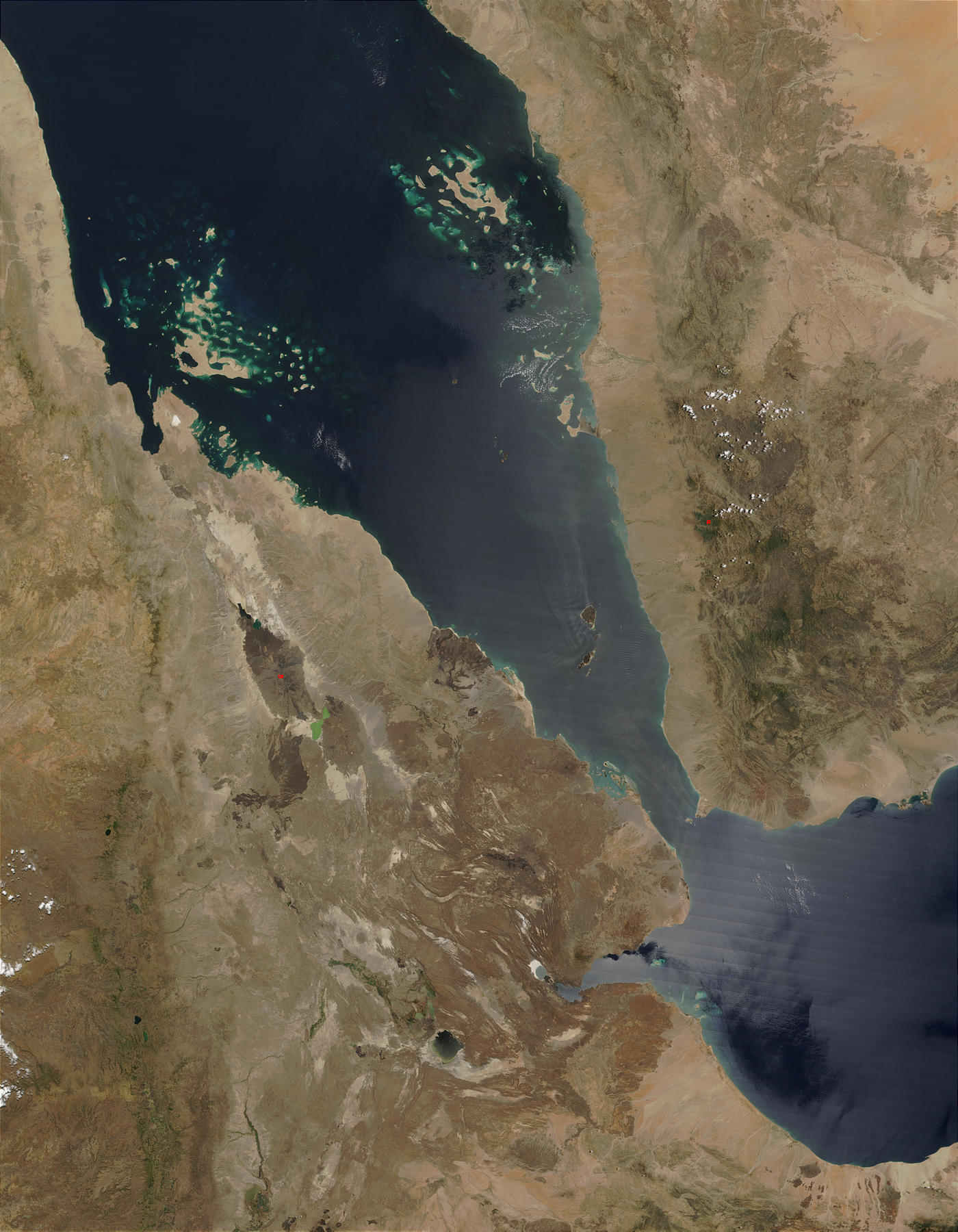 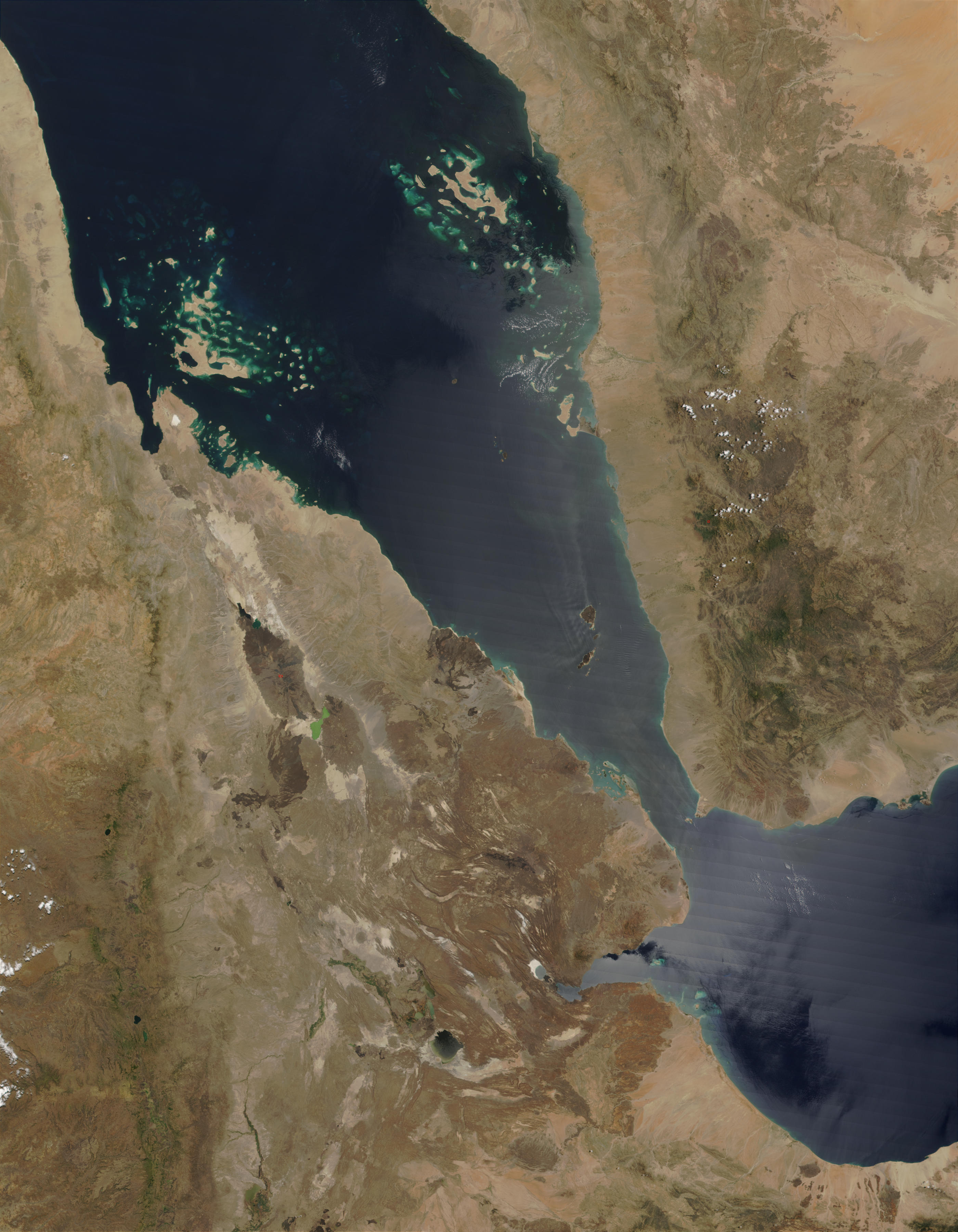 On May 26, 2002, the Moderate Resolution Imaging Spectroradiometer (MODIS) captured this image of sun glint in the Red Sea, between Africa (left) and the Arabian Peninsula (right). The Red Sea opens to the south into the Gulf of Aden, and then into the Indian Ocean. In Africa, dark splotches show the location of lava flows in the Afar Depression, which is home to some still-active volcanoes.