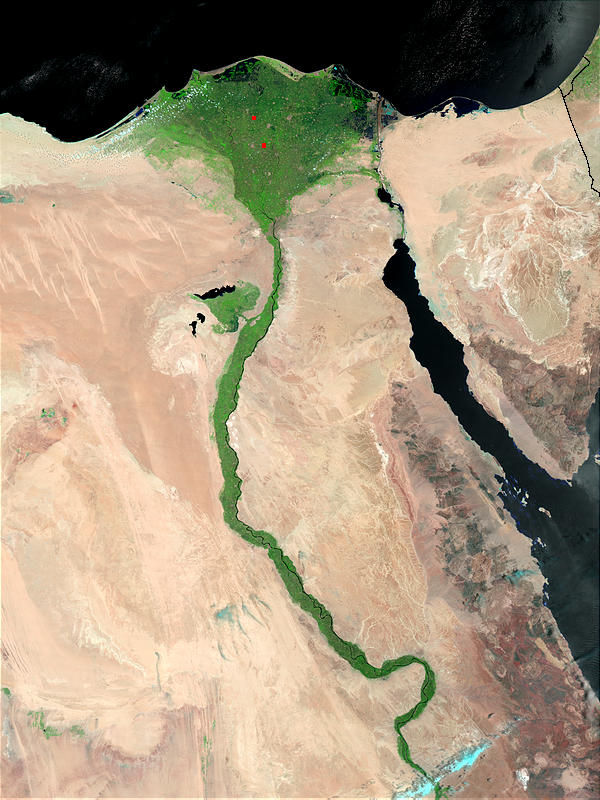 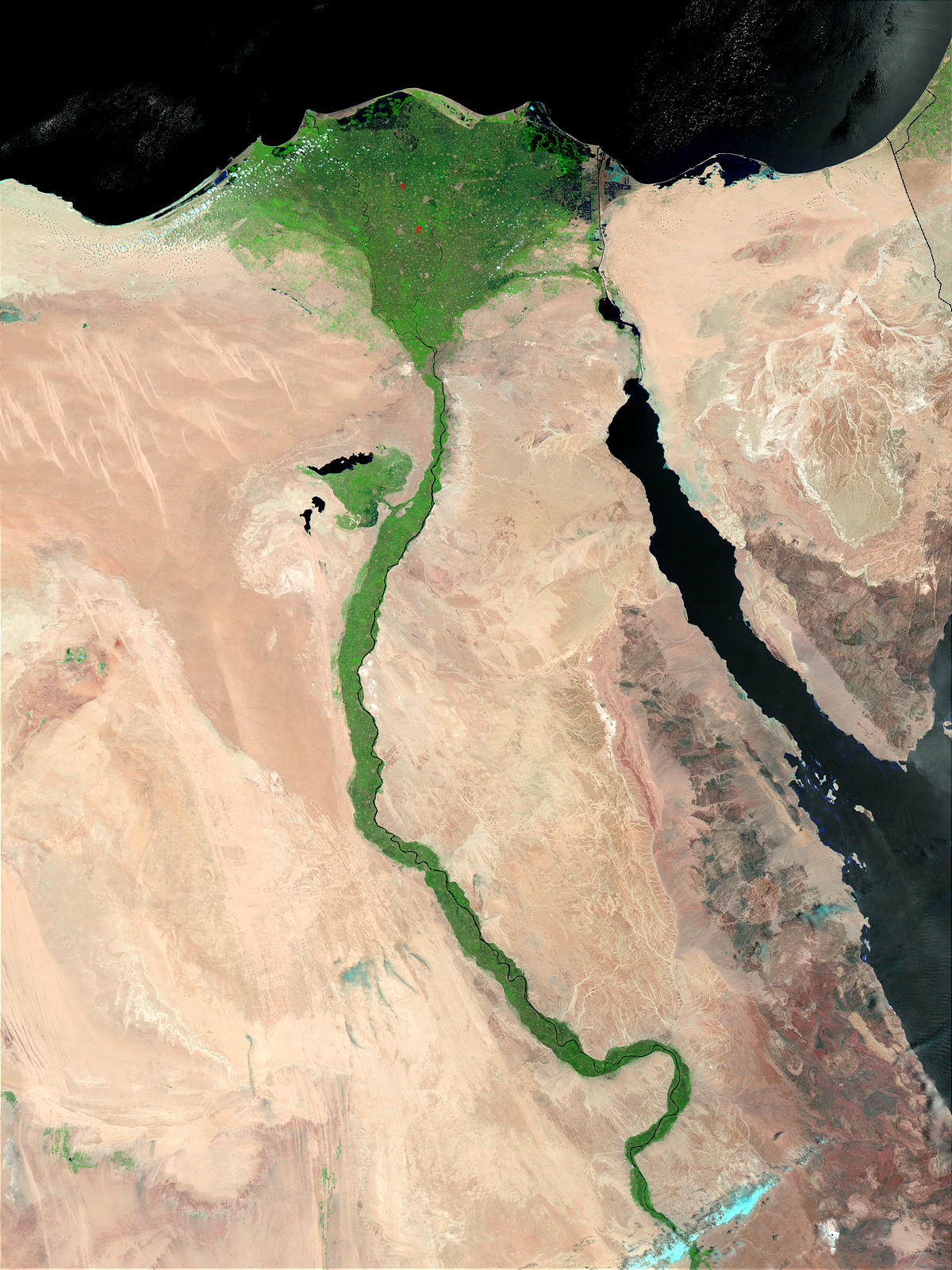 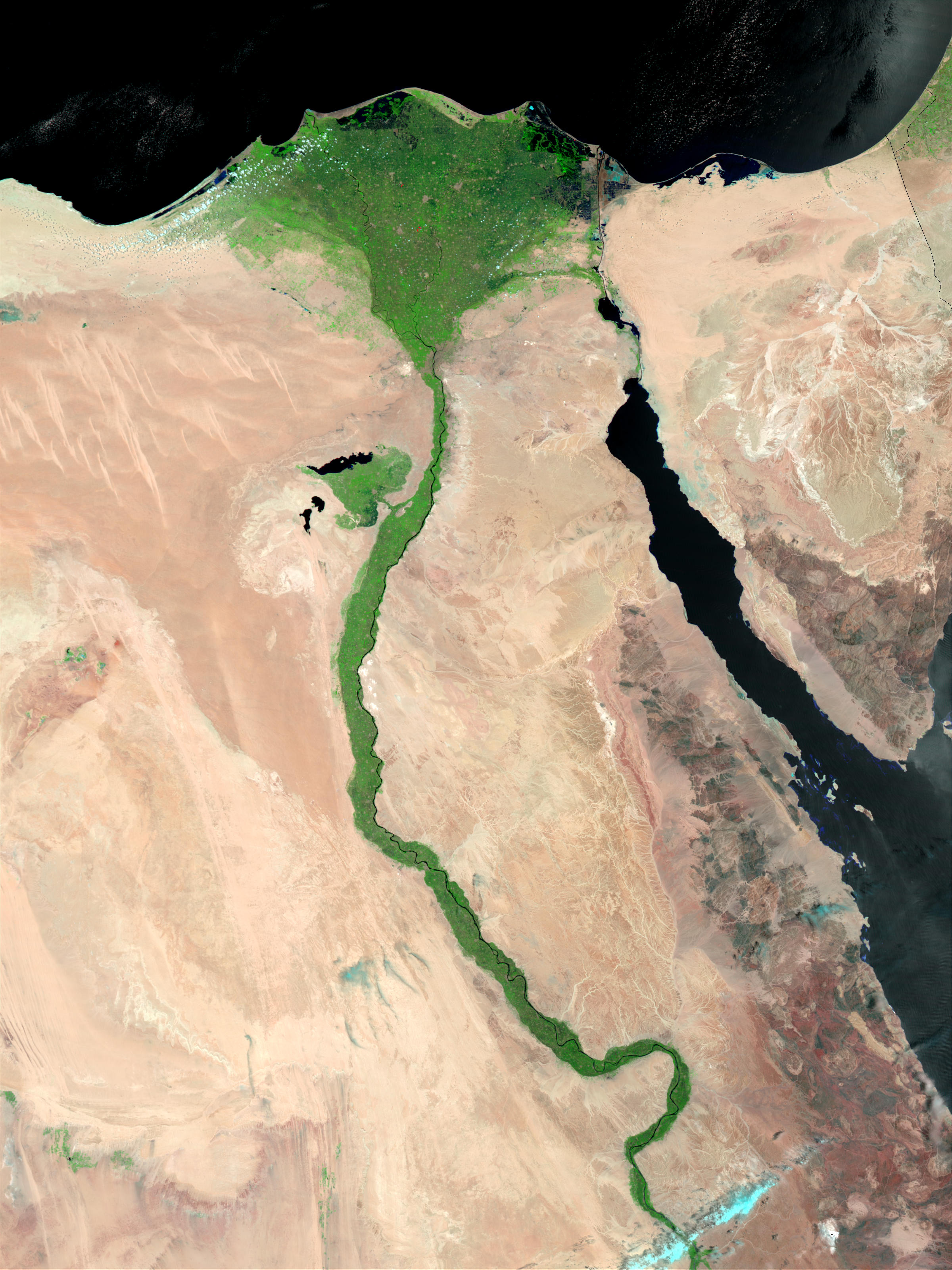 This pair of true- and false-color images from the Moderate Resolution Imaging Spectroradiometer was acquired on June 3, 2002. The fertile land along the Nile River supports lush green vegetation, amid the desert landscape. At its delta at the Mediterranean Sea, the Nile broadens into a large fan-shaped delta. All of Egypt’s large cities fall along the Nile, which sustains life in a region of scant rainfall.

At the point where the river widens into the delta, a grayish cluster of pixels marks the location of Cairo. To the east is the Sinai Peninsula, whose impermanent water courses create silvery streaks on the pale brown, arid landscape. At lower right is the Red Sea.