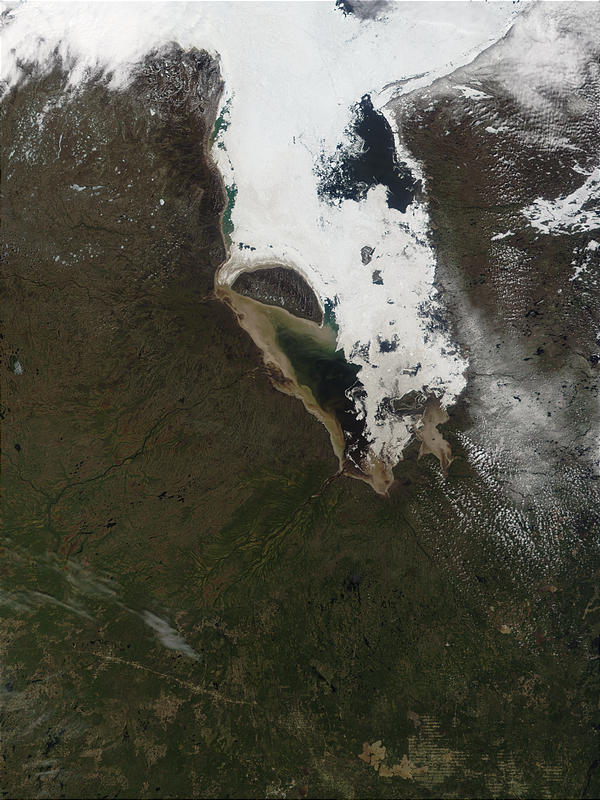 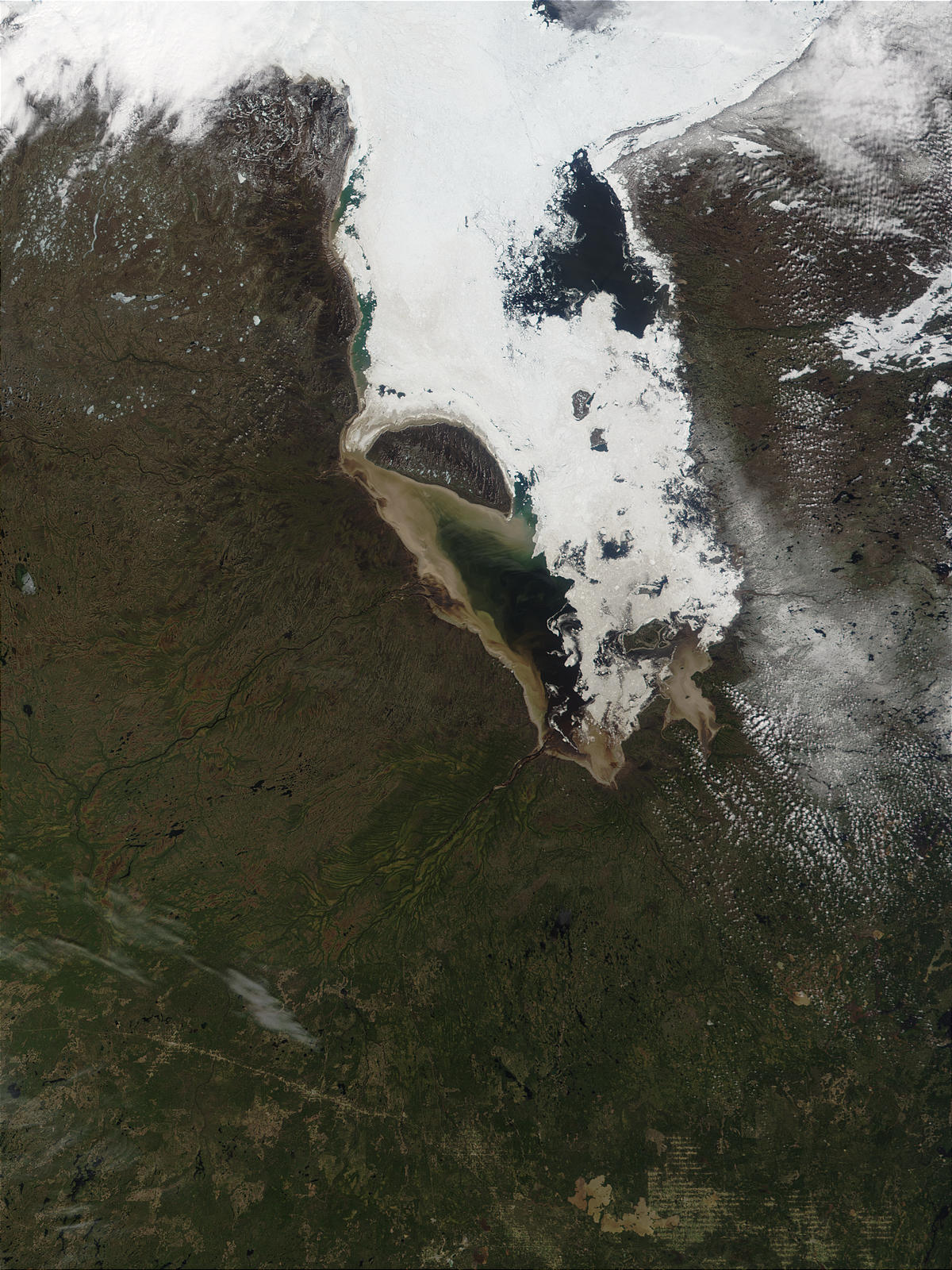 James Bay (top) is the southern extension of the larger Hudson Bay in eastern Canada. In early June, the winter ice was making its way north, receding from the Ontario (left) and Québec (right) provinces. Wetlands and tundra surround James Bay and Hudson Bay (to the north, not visible), and nearly a third of all rivers in Canada make their way into these bays, including the Moose River, seen entering the bay at it southwestern tip. South of Akamiski Island, the thaw seems most complete, and the water is filled with brownish sediment and possibly organic matter being carried in by rivers. The presence of sediment or dirt on or in the snow and ice can change the rate at which it thaws. Clean, bright white ice and snow reflect a large percentage of the sun.s rays right back into the atmosphere. But darker-colored sediment and dirt absorb more of the rays, heating up the snow and ice, melting them more quickly. At the bottom of the image, just right of center, an interesting land use feature can be seen. A brownish-green, irregularly shaped lake called Lake Abitibi straddles the border between Ontario and Québec. Due north of the lake, a large tract of land called the Lake Abitibi Model Forest is one of ten such projects in Canada, designed as a giant laboratory in which to design and test forest management techniques that will retain viable, sustainable forests while allowing a certain level of development, such as logging. A sharp line running vertically along the eastern part of the lake marks the Model Forest.s boundary with Québec, and deforestation is clear to the east. This image was acquired by MODIS on June 3, 2002.