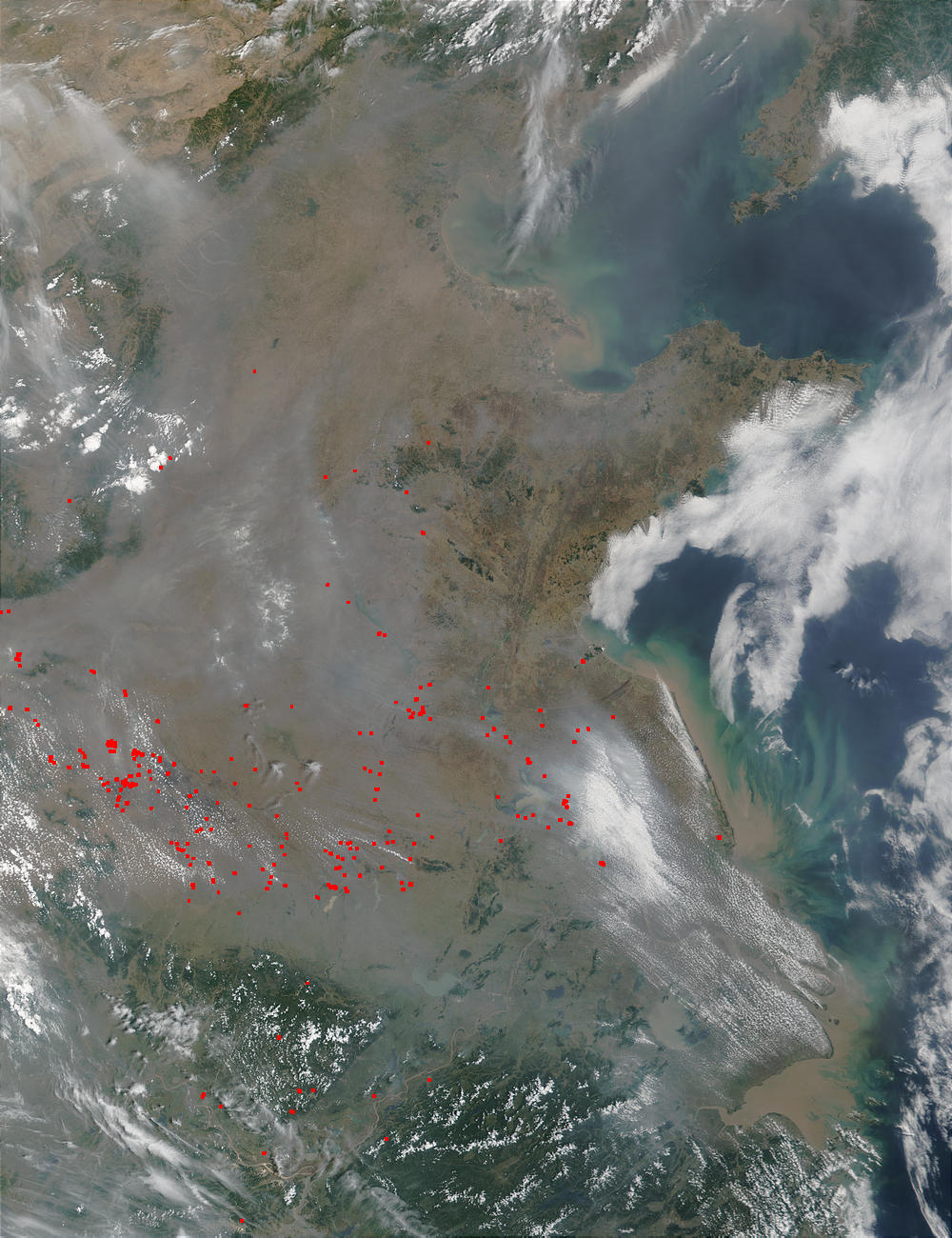 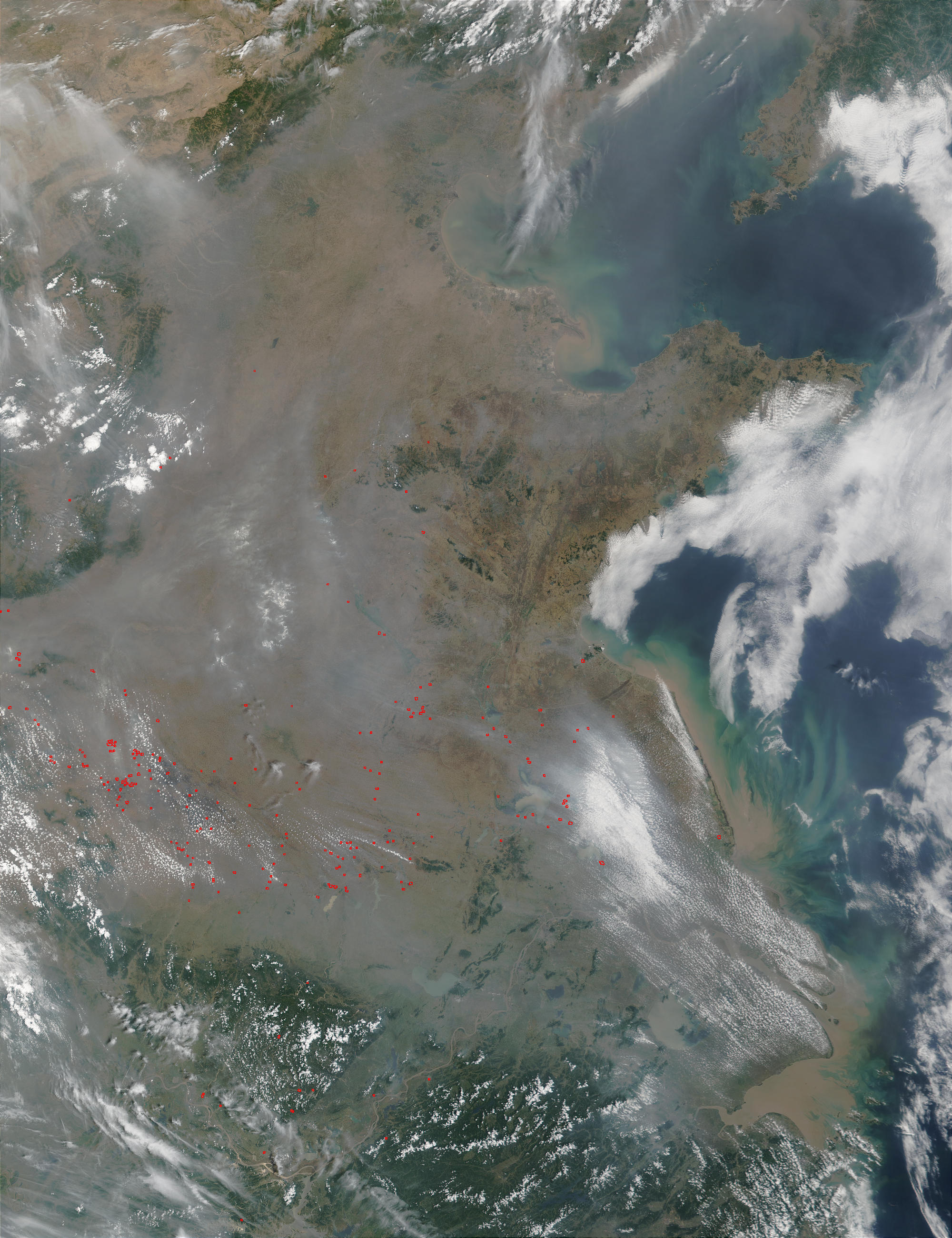 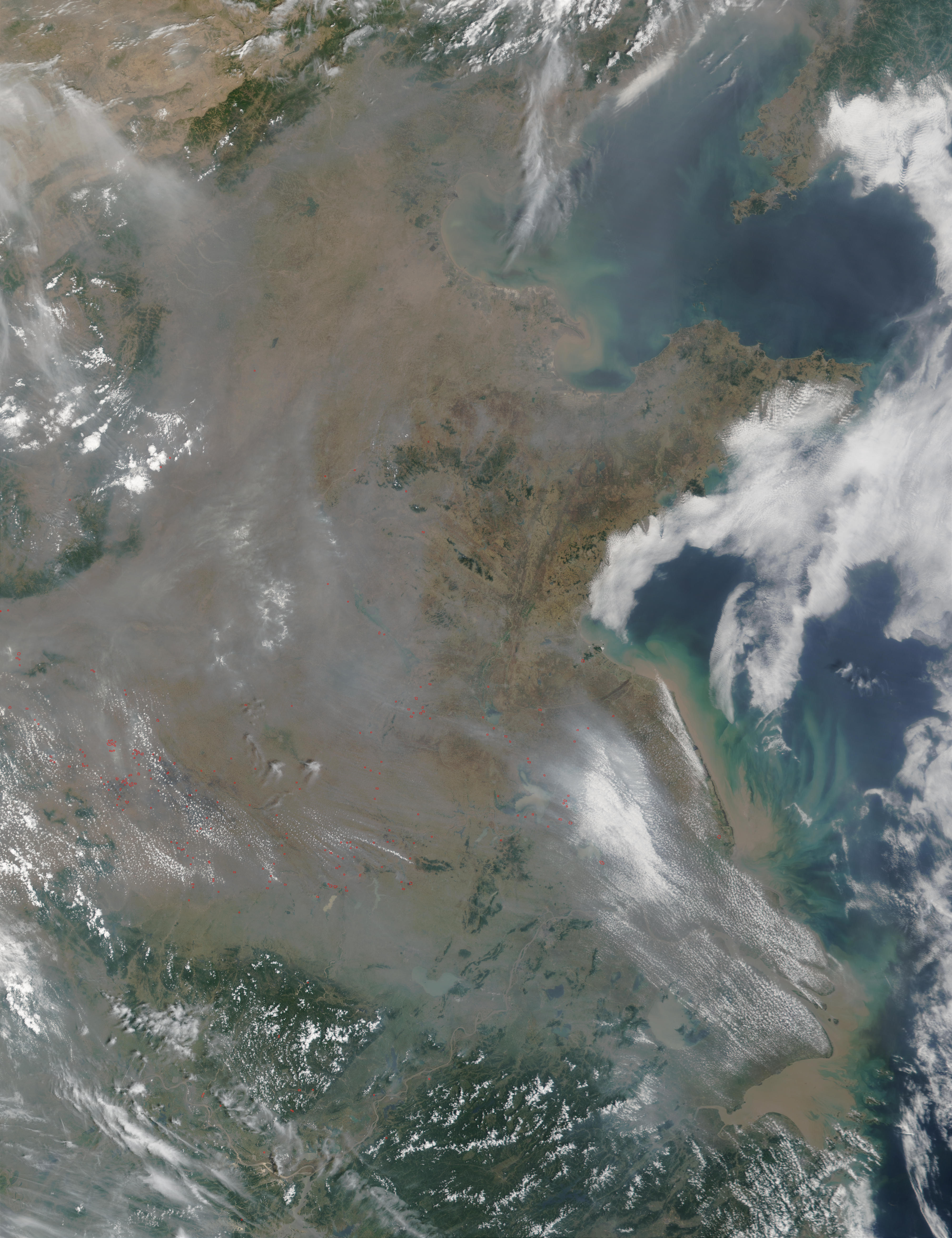 Fires and smoke in China

A variety of air quality challenges face eastern China: a large population, combined with dependence on coal, dust from the Gobi and Taklimakan deserts to the west, and, as seen, in this MODIS image from June 7, 2002, smoke from biomass burning. Many of these fires are burning in the Henan Province, one of China.s most agriculturally productive areas, and these fires may be related to land-use practices associated with farming. Because the entire region is a essentially a low basin trapped between the mountains to the south and west, smoke and other air pollution tends to spread out over the basin, but does not readily dissipate.At top right, the smoke is obscuring Bo Hai Bay, but yellowish-brown sediment can be seen at the mouth of the Yellow River. Other rivers are delivering large amounts of sediment to the Yellow Sea at bottom right; the southernmost inlet is the mouth of the Fuchun Jiang River, and north is the Yangtze River, which comes into the image on the lower left edge, and flows eastward to the Yellow Sea. At the top center of the image, smoke from the fires to the south may be mingling with pollution from Beijing, which can be seen faintly through the haze as a grayish cluster of pixels about 150 kilometers northwest of the westernmost point of Bo Hai Bay.