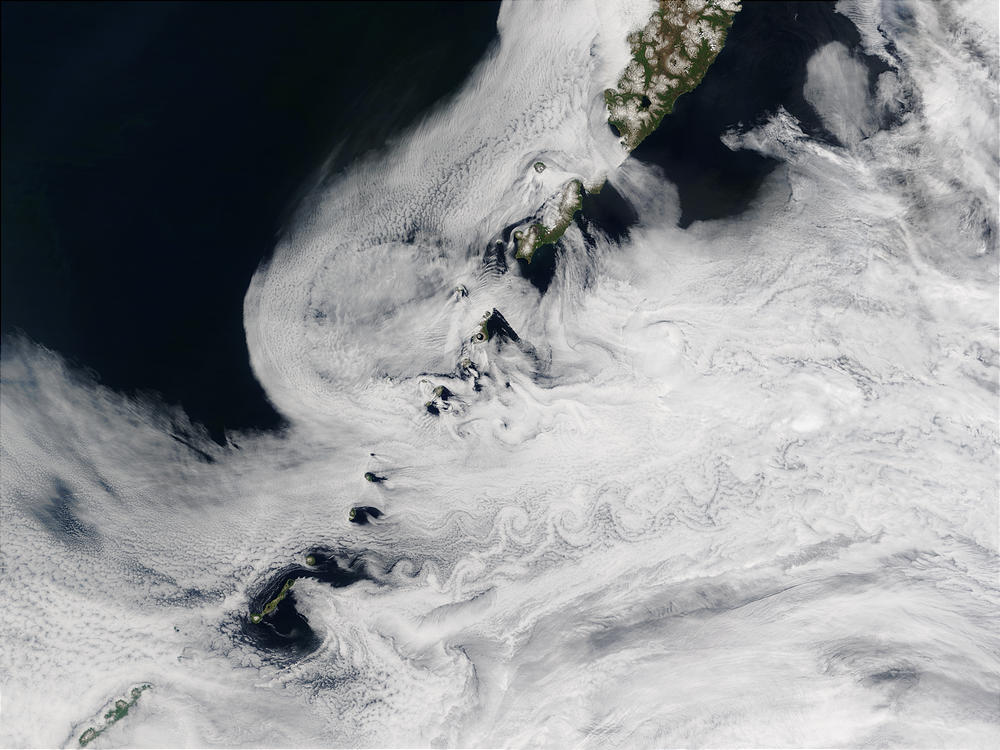 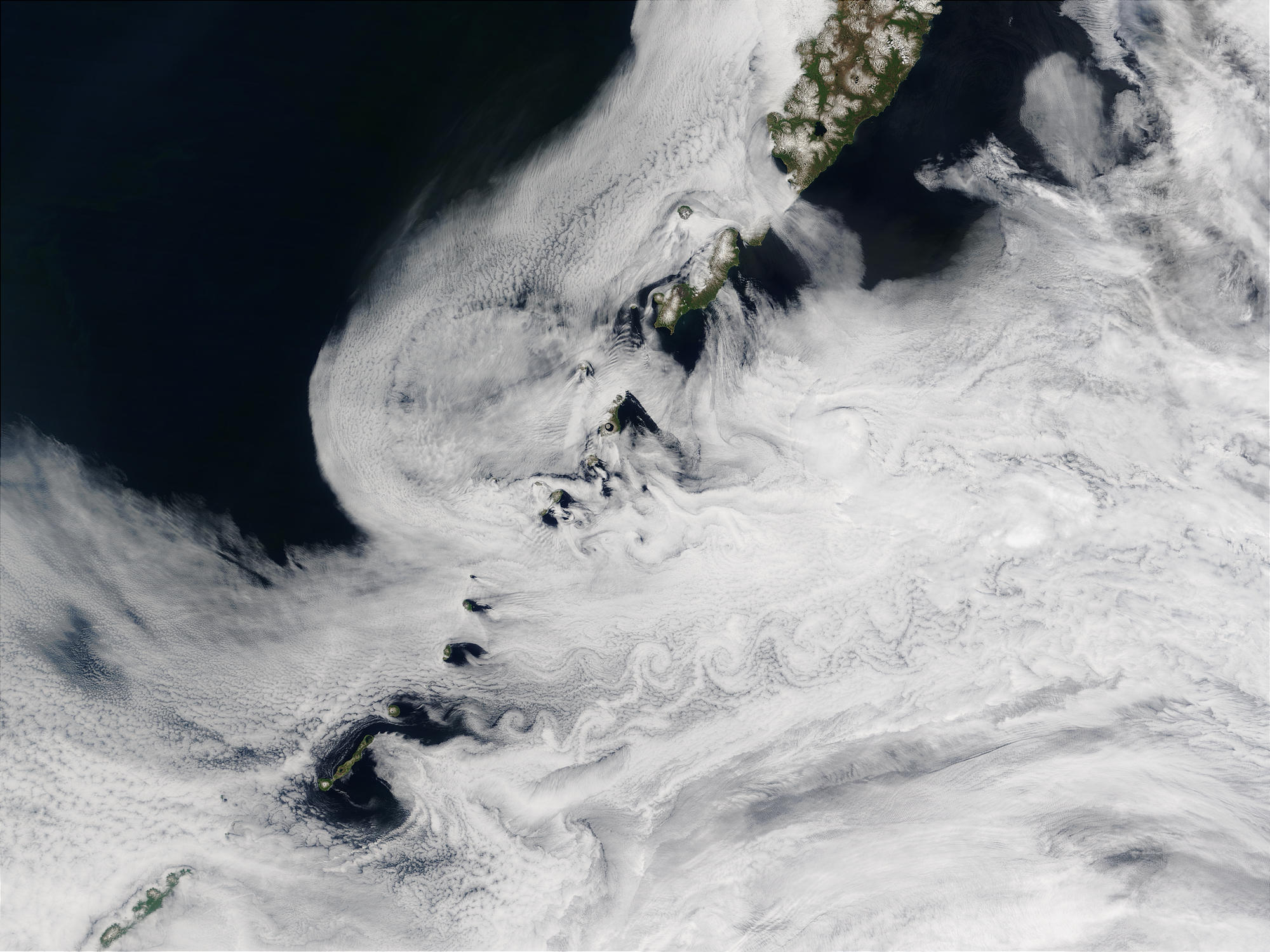 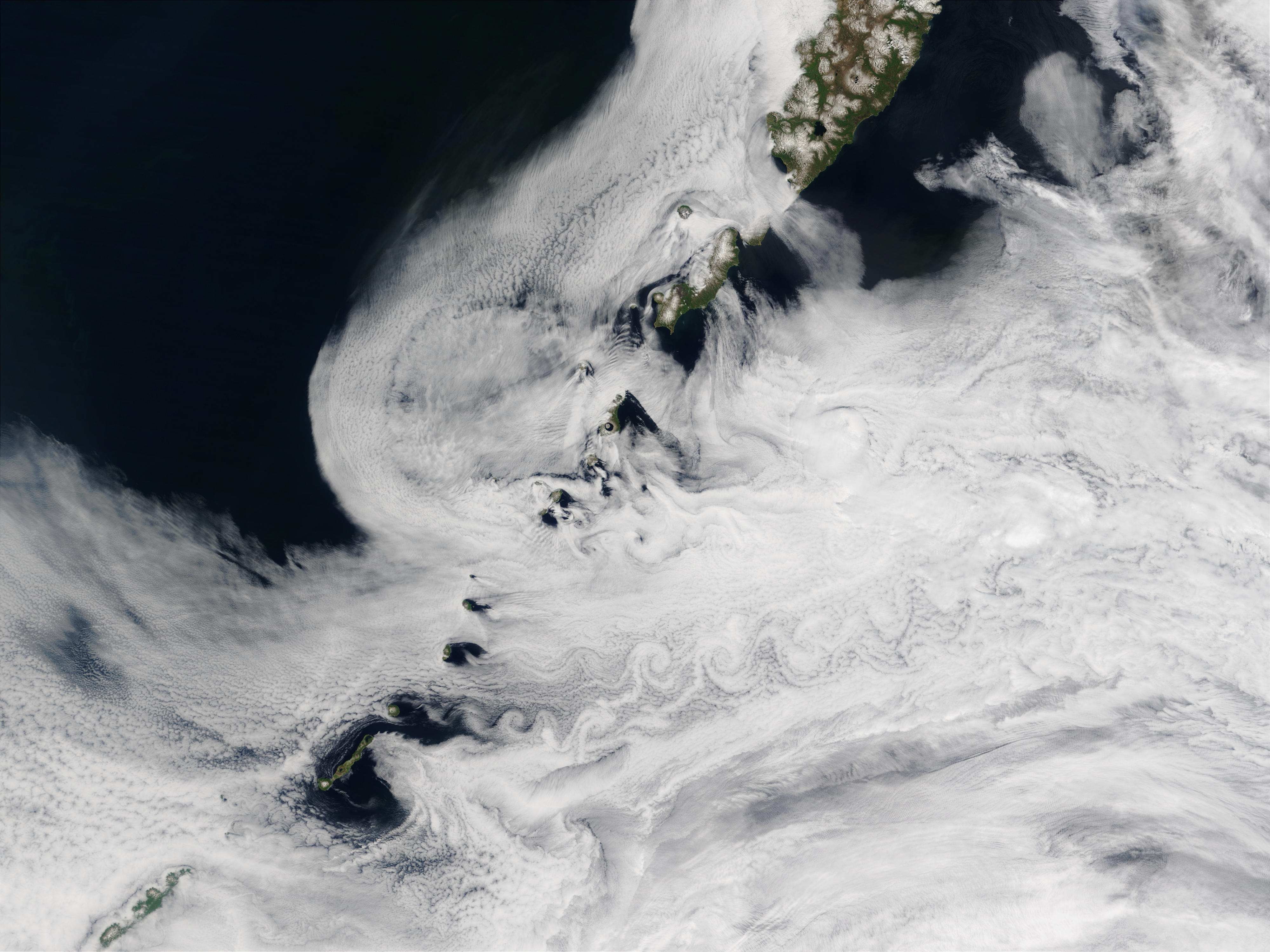 The Kuril Islands run in a general northeast to southwest arc between the Kamchatka Peninsula of northeastern Russia and Hokkaido, Japan. In this image, their presence is disturbing air flow over the northwest Pacific Ocean and causing vortex streets to form in the clouds on the eastern side of the islands. The vortex street, as this pattern is called, runs from left to right through the bottom center of the image. This Moderate resolution Imaging Spectroradiometer (MODIS) image was acquired on June 15, 2002.