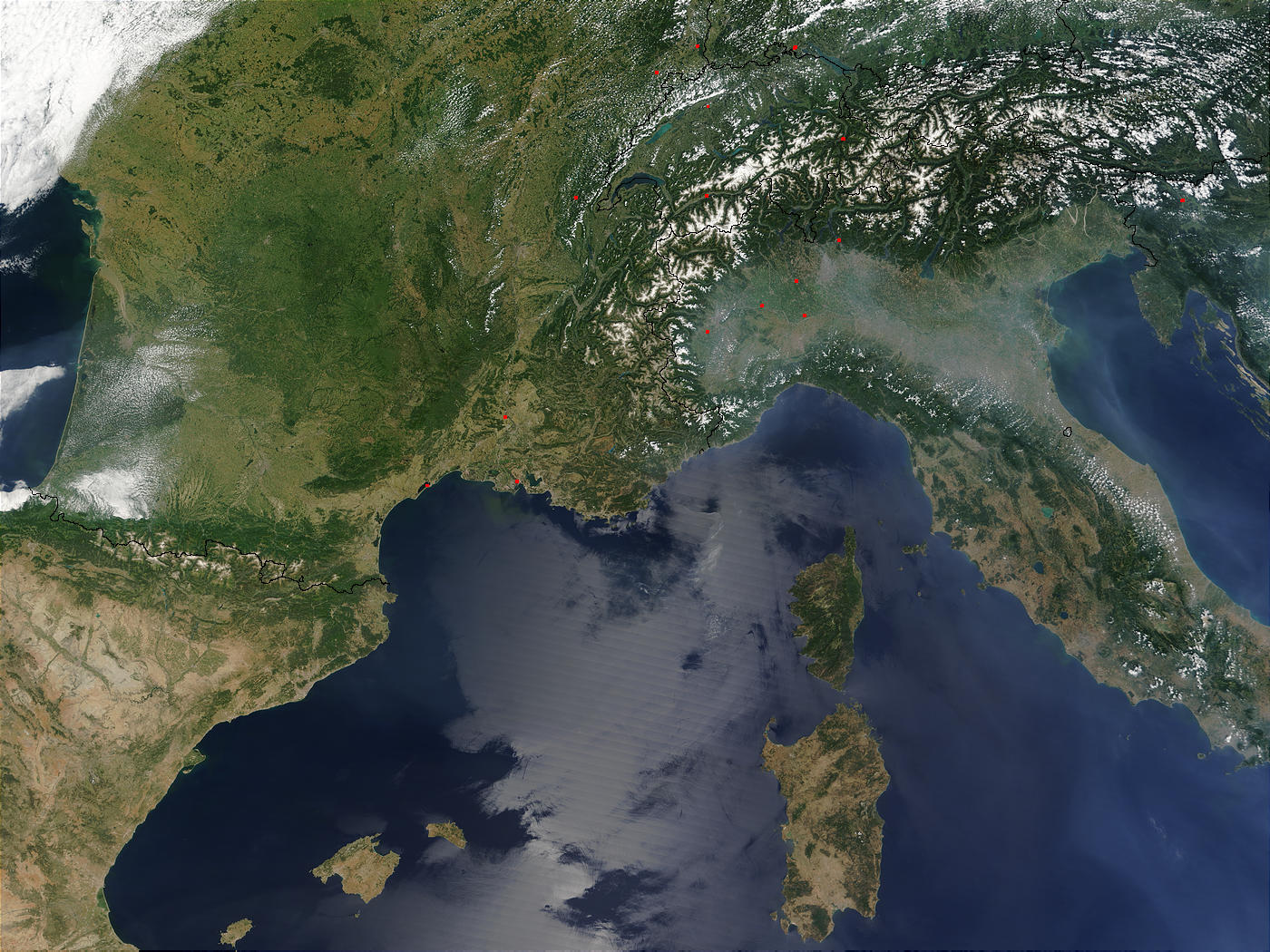 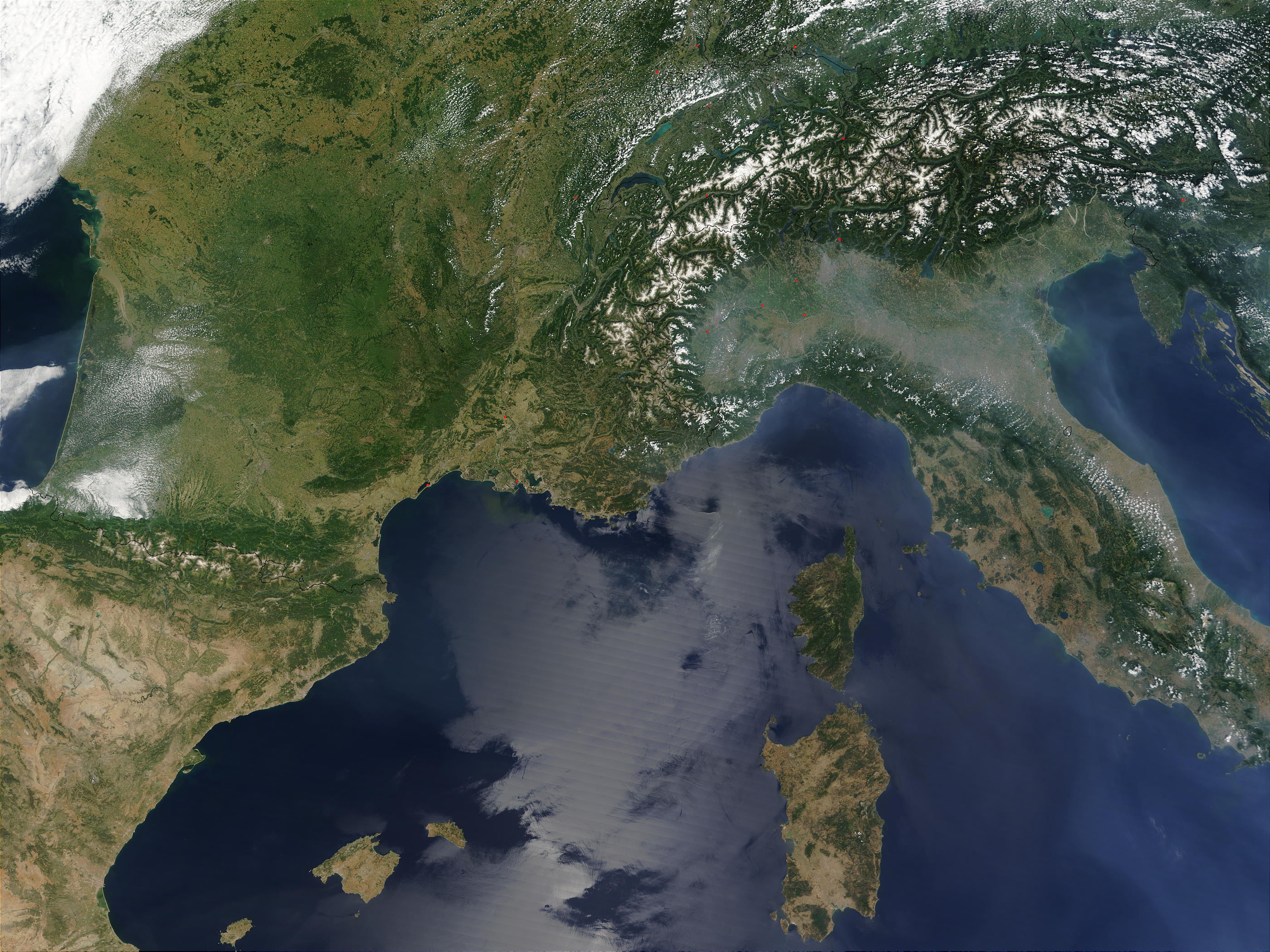 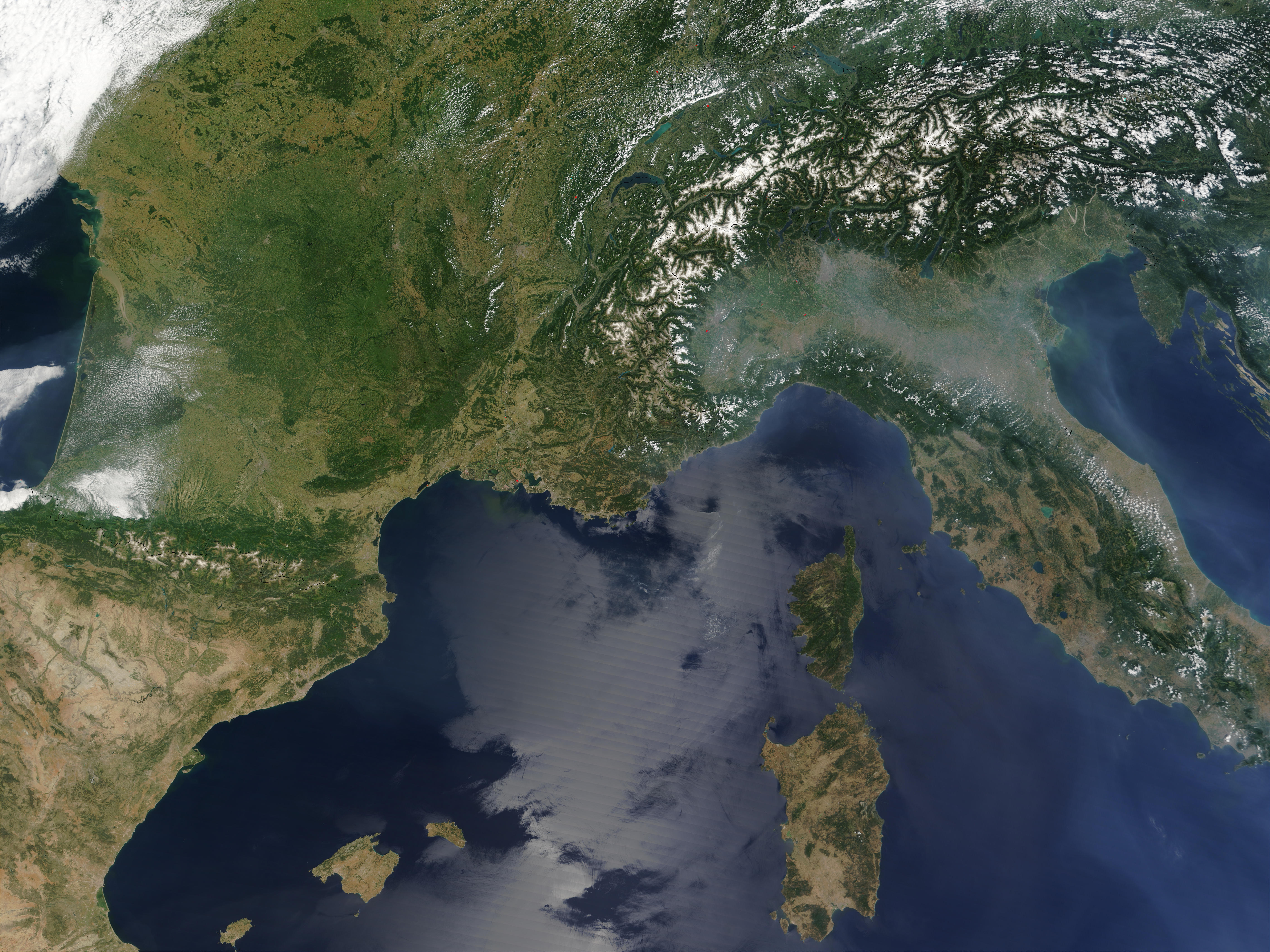 Sun is glinting off the calm water of the Mediterranean Sea south of France and west of boot-shaped Italy in this true-color Moderate Resolution Imaging Spectroradiometer (MODIS) image from June 22, 2002. When the water is very calm, and the angle of the sun is just right, the glare that is produced by the reflection off the water shows the workings of MODIS. continuously rotating scan mirror. With each rotation of its double-sided, earth-observation mirror, MODIS sees a swath of land or ocean surface that is about 2300 kilometers long and 10 kilometers wide. Each of these swaths is stitched together to make an image. The two mirror sides are so nearly identical that most of the time, the swaths appear to be seamless. This is especially true when the surface that MODIS is observing is uneven or rough, and therefore scattering light in many directions, but when the surface is smooth and calm, almost all the light is reflected in nearly the same direction. Under these conditions, minute differences between mirror sides give the area over the sun glint a lined appearance, as first one mirror side makes its observations, and the other follows. Europe.s two big mountain ranges are visible in this image: the Pyrenees separating France and Spain at lower left, and the Alps separating France from Italy to the right of image center. The Alps appear to be holding on to more snow than their border-making counterparts to the west. In northern Italy, hazy skies could be a mixture of smoke from fires (red dots) and air pollution. The haze is reaching out over the Adriatic Sea to the far right of the image.