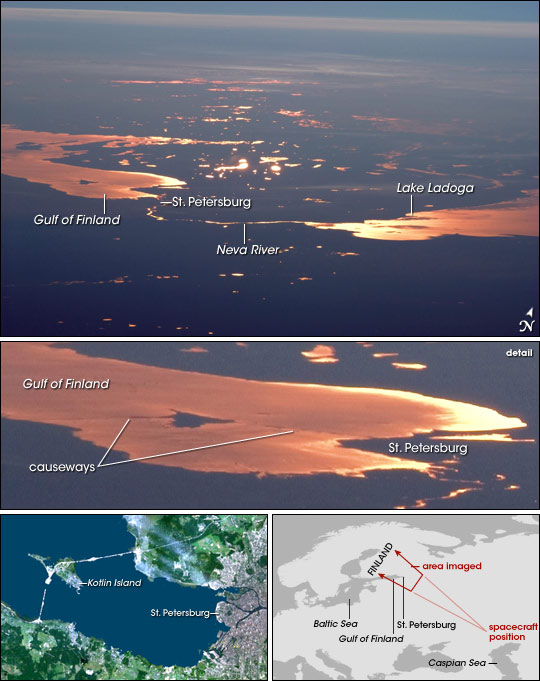 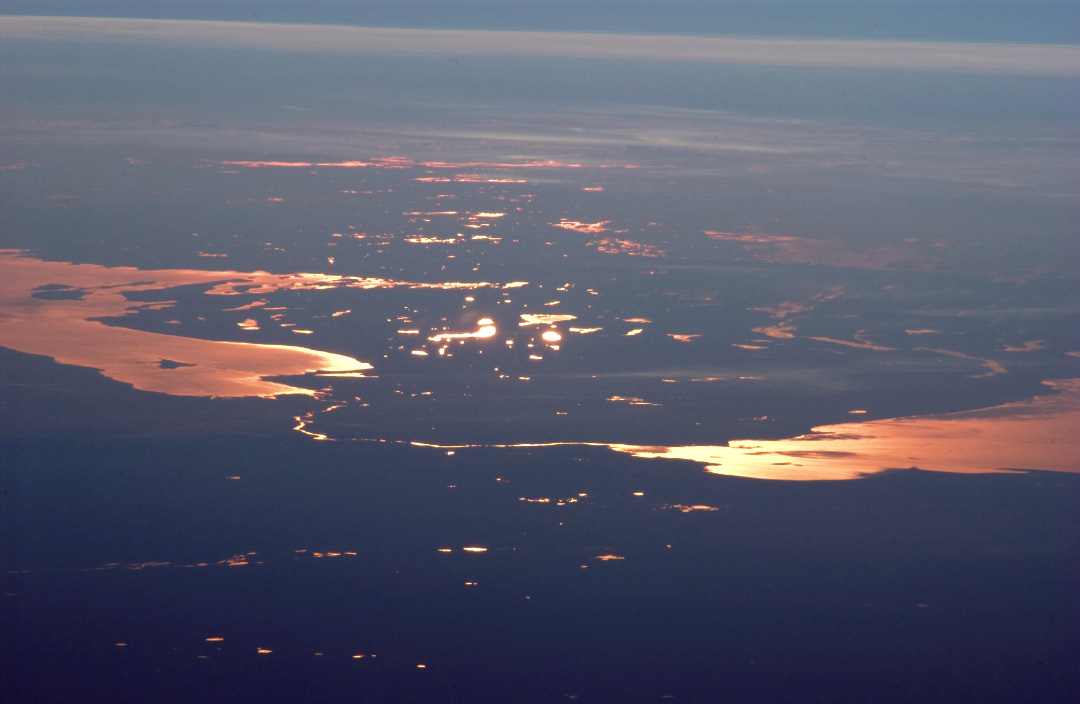 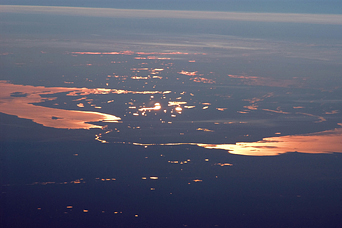 St. Petersburg and the Gulf of Finland

This strongly oblique (from the side) view shows the Gulf of Finland and Lake Ladoga in the late afternoon. At this time of day, sunglint—the reflection of sunlight into the camera lens—distinguishes the bodies of water from their surroundings. The image was taken from the International Space Station when the craft orbited north of the Caspian Sea, approximately 2,500 kilometers (1600 miles) to the southeast on the Russia-Kazakhstan border. Lakes in Finland in the middle of the view are 3,000 kilometers (1900 miles) from the camera.

This image originally appeared in the NASA Earth Observatory story St. Petersburg and the Gulf of Finland.

Astronaut photograph ISS011-E-12401 was acquired July 10, 2005, with a Kodak 760C digital camera with a 400 mm lens, and is provided by the ISS Crew Earth Observations experiment and the Image Science & Analysis Group, Johnson Space Center. The International Space Station Program supports the laboratory to help astronauts take pictures of Earth that will be of the greatest value to scientists and the public, and to make those images freely available on the Internet. Additional images taken by astronauts and cosmonauts can be viewed at the NASA/JSC Gateway to Astronaut Photography of Earth.