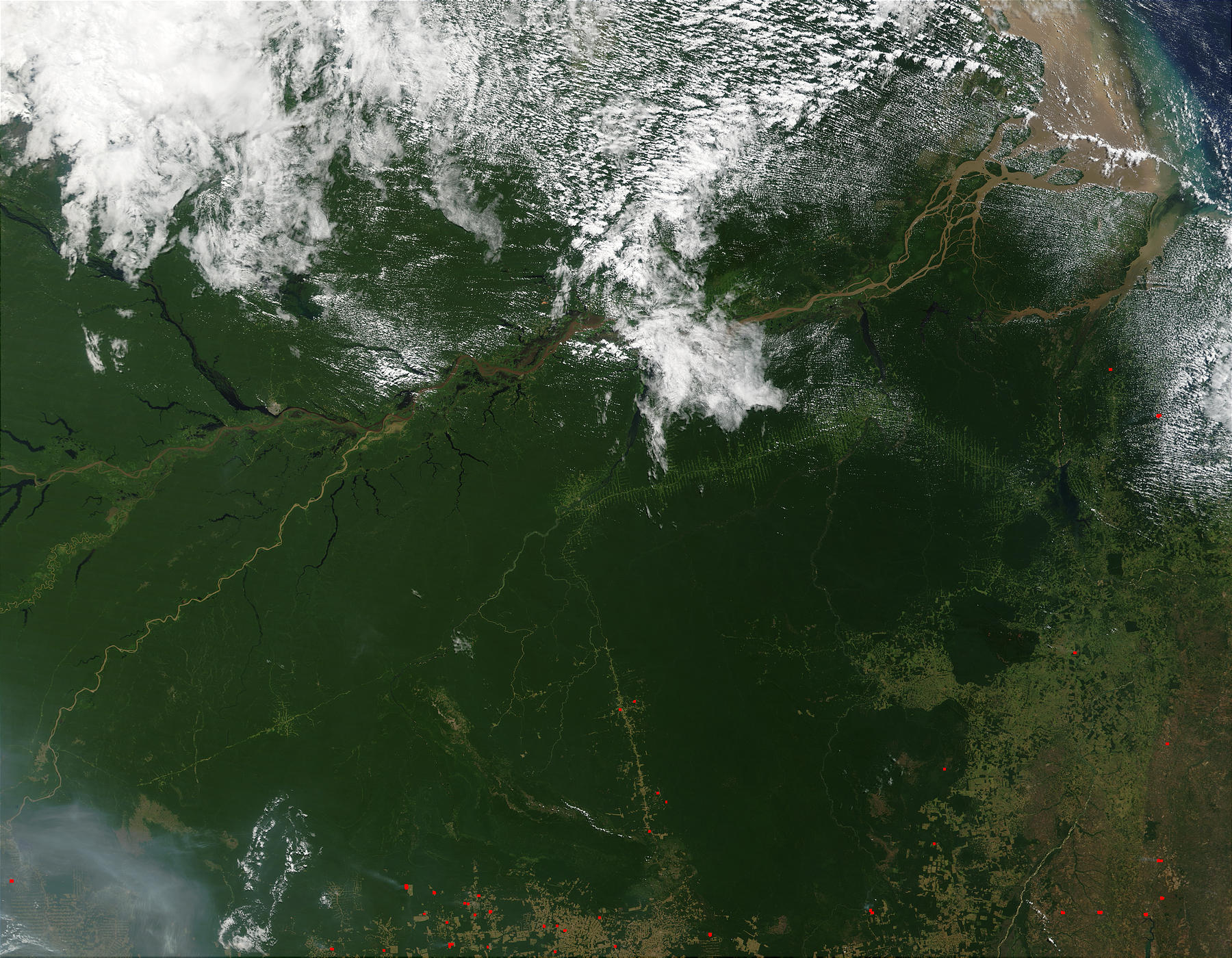 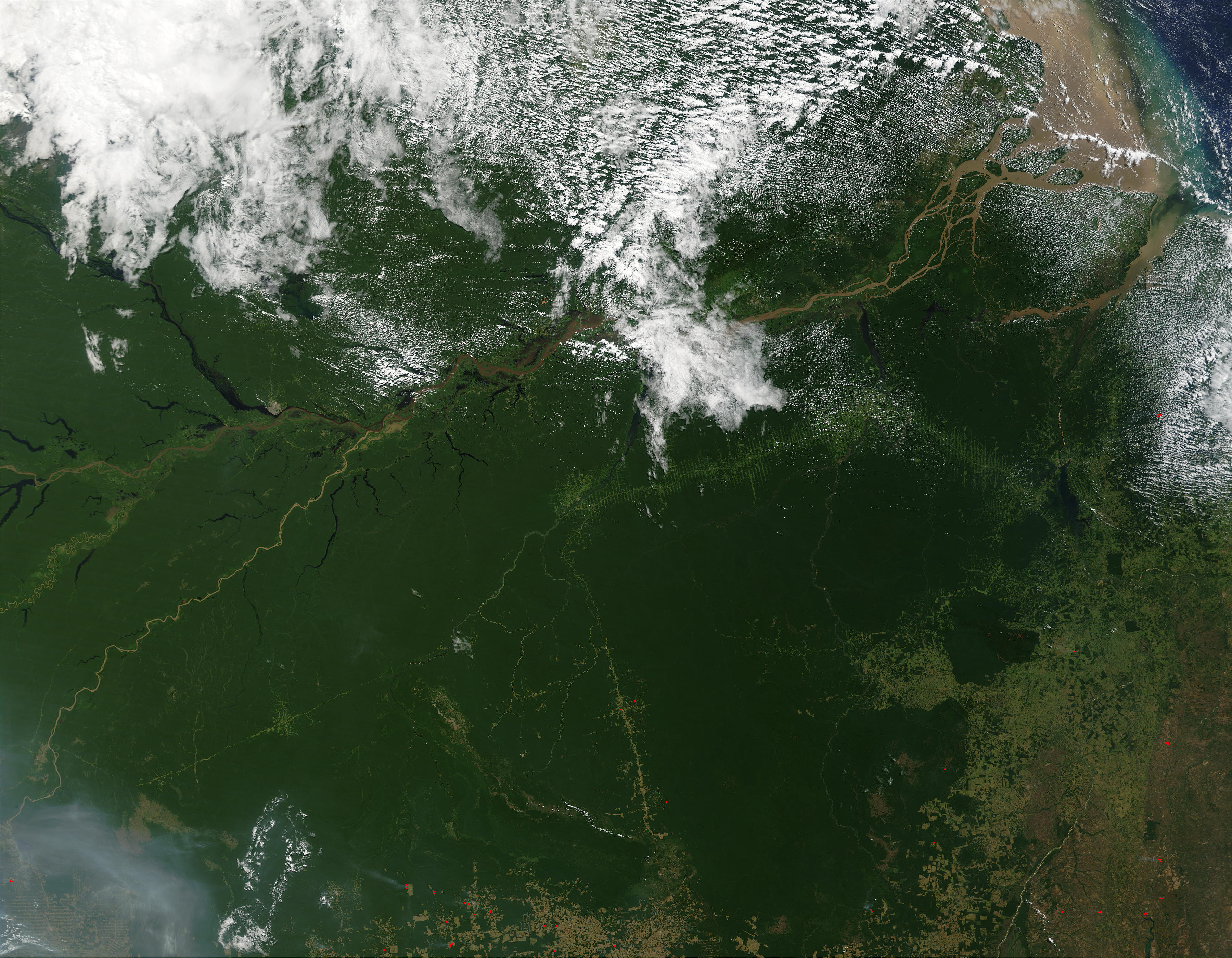 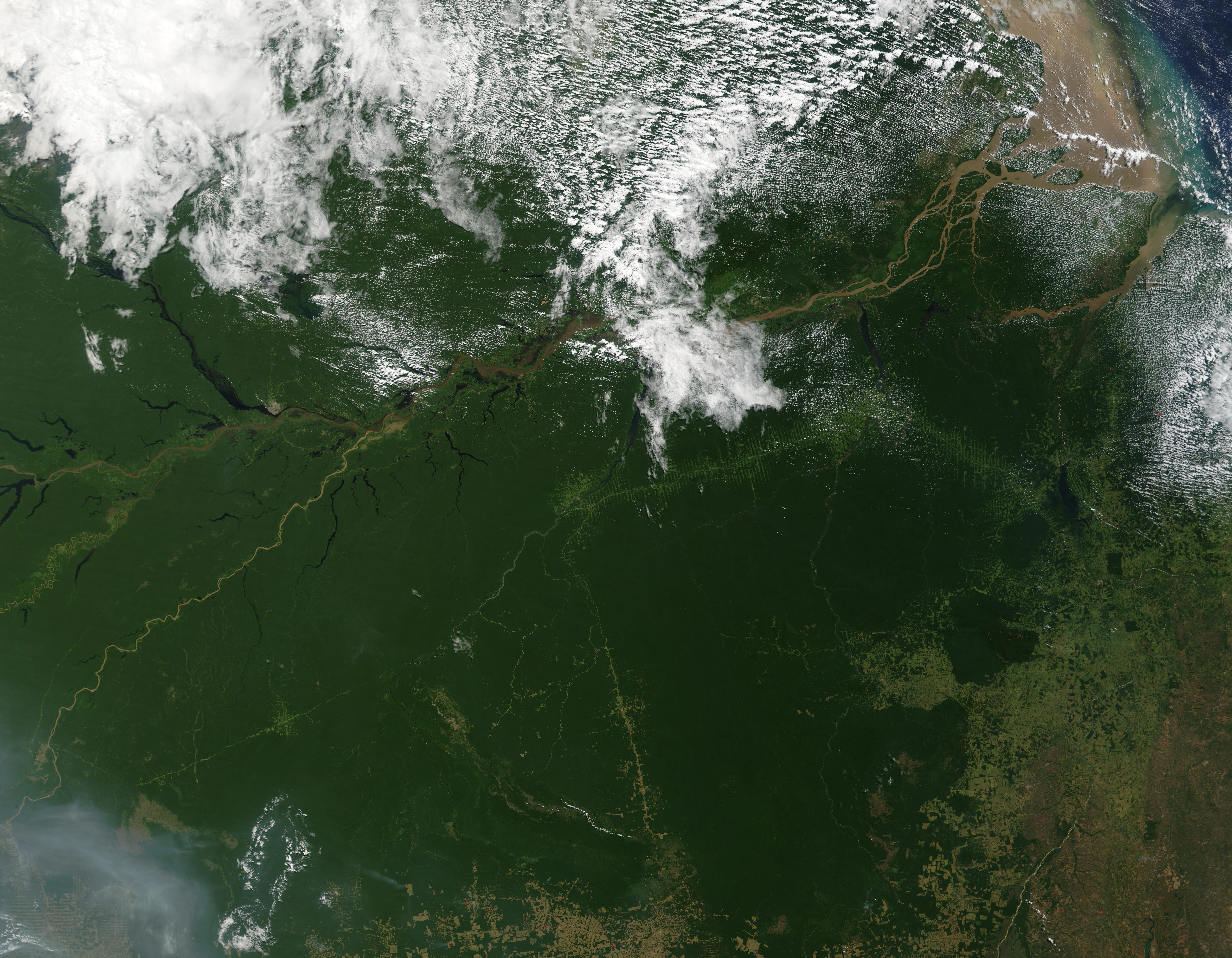 The Amazon Rainforest appears to have been colored solid with a green crayon in the western portion of this true-color image of northern Brazil captured by the Moderate Resolution Imaging Spectroradiometer (MODIS) on July 1, 2002. The Amazon River flows into the scene at the center left edge, a meandering brown line that widens as first the Rio Negro joins it from the north and then the Madeira joins it from the south. The Amazon flows eastward, eventually spilling its brownish, sediment-laden waters out into the Atlantic Ocean.

At bottom right and bottom center, deforestation and cultivation are evident by the regular, rectangular shapes that delineate plots. Fire is a common means of clearing land and this type of slash-and-burn agriculture is having a devastating impact on plant and animal communities as well as people who are native to the forests. MODIS has detected numerous fires (red dots) and thick smoke is visible at bottom left.

Once an impassable jungle, the Amazon is now crossed by at least a few roads, which make pale green lines across the dense forest. Cross hairs extending outward from the road may be a harbinger of future development.

In the false-color image, dense vegetation is deep orange-gold, while areas that have been deforested are paler yellow. Are that appear pale green or blueish green are naturally occurring areas of less dense vegetation. Water is dark blue or black.