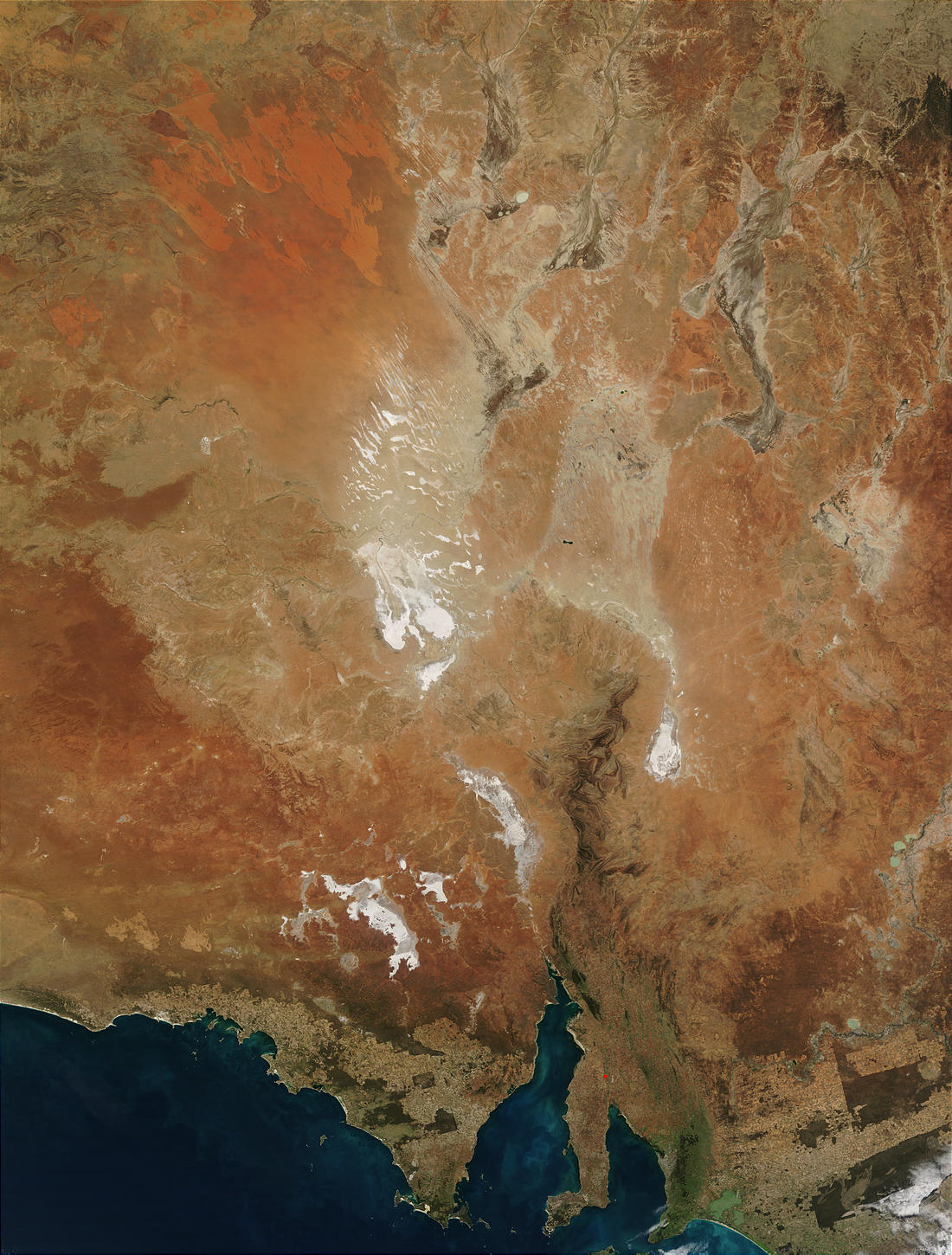 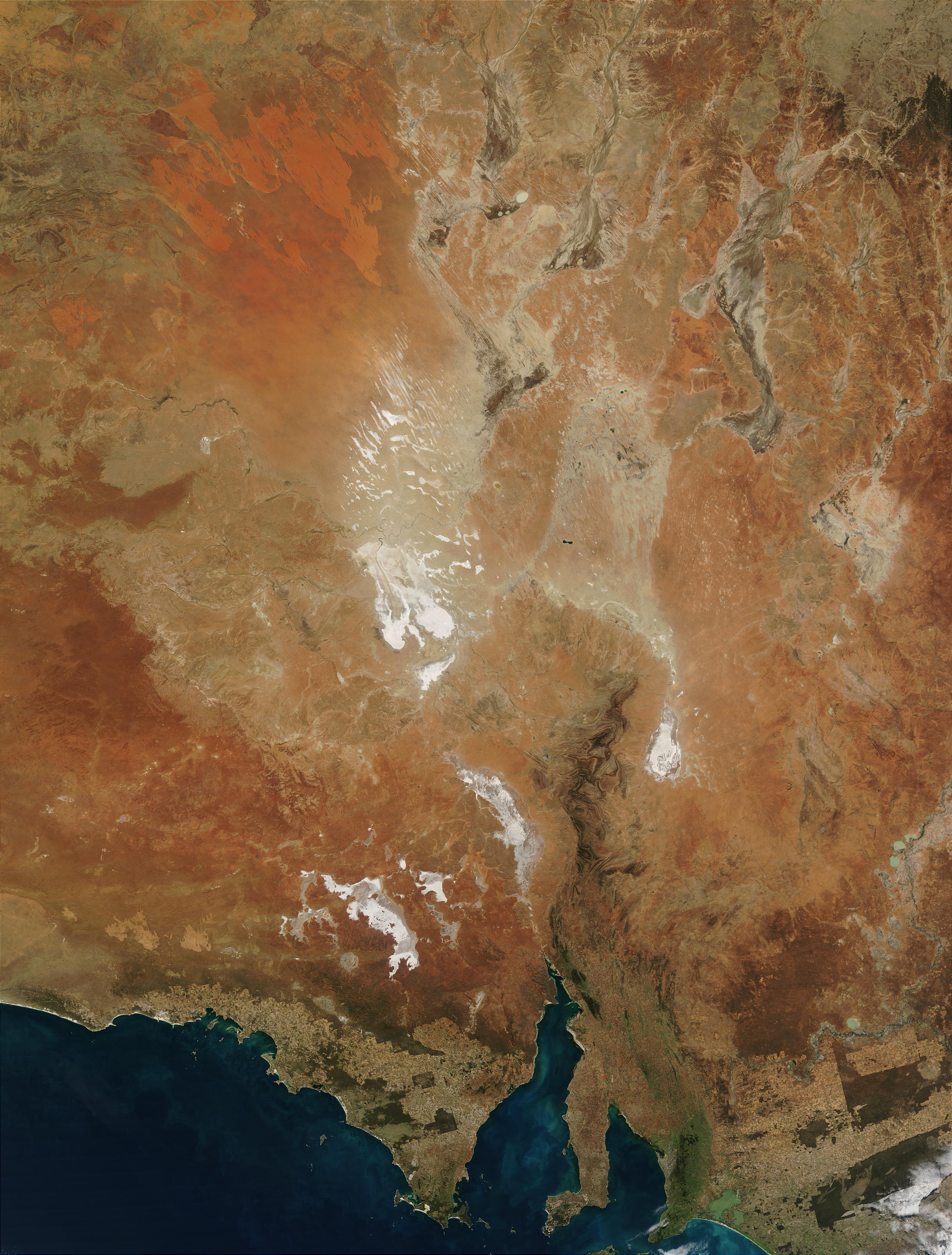 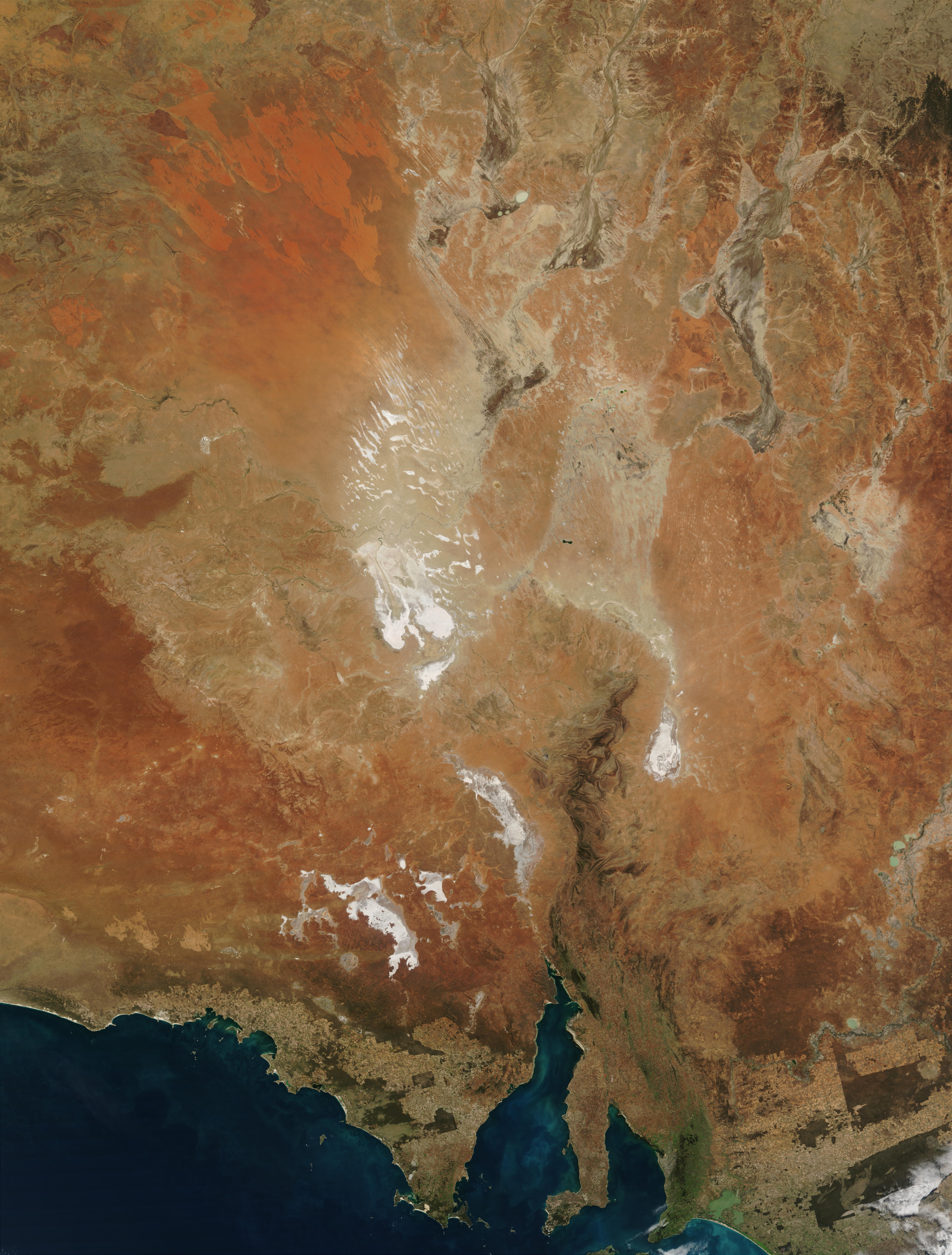 South-central Australia is home to several deserts, including the Simpson Desert, whose reddish-orange sands are seen in the upper left quadrant of this Moderate Resolution Imaging Spectroradiometer (MODIS) image from July 1, 2002. Several impermanent, salty, lakes stand whitely out against the arid terrain. The largest is North Lake Eyre, southwest of center.

At bottom center, Spencer Gulf separates the triangular Eyre Peninsula from the Yorke Peninsula. The Gulf of St. Vincent separates Yorke Peninsula from the mainland. In Spencer Gulf, colorful blue-green swirls indicate the presence of a bloom of marine plants called phytoplankton, whose brightly colored photosynthetic pigments stain the water. Water quality in the Gulf is an ongoing problem for Australia, as irrigation projects have diverted the already small flow of freshwater that empties into the Gulf. Other problems include contamination with pesticides and agricultural and residential fertilizer.

On both the Eyre Peninsula and in the Victoria Territory to the east of Spencer Gulf, dark-colored rectangles show the boundaries of parks and nature preserves where the natural, drought-tolerant vegetation thrives.