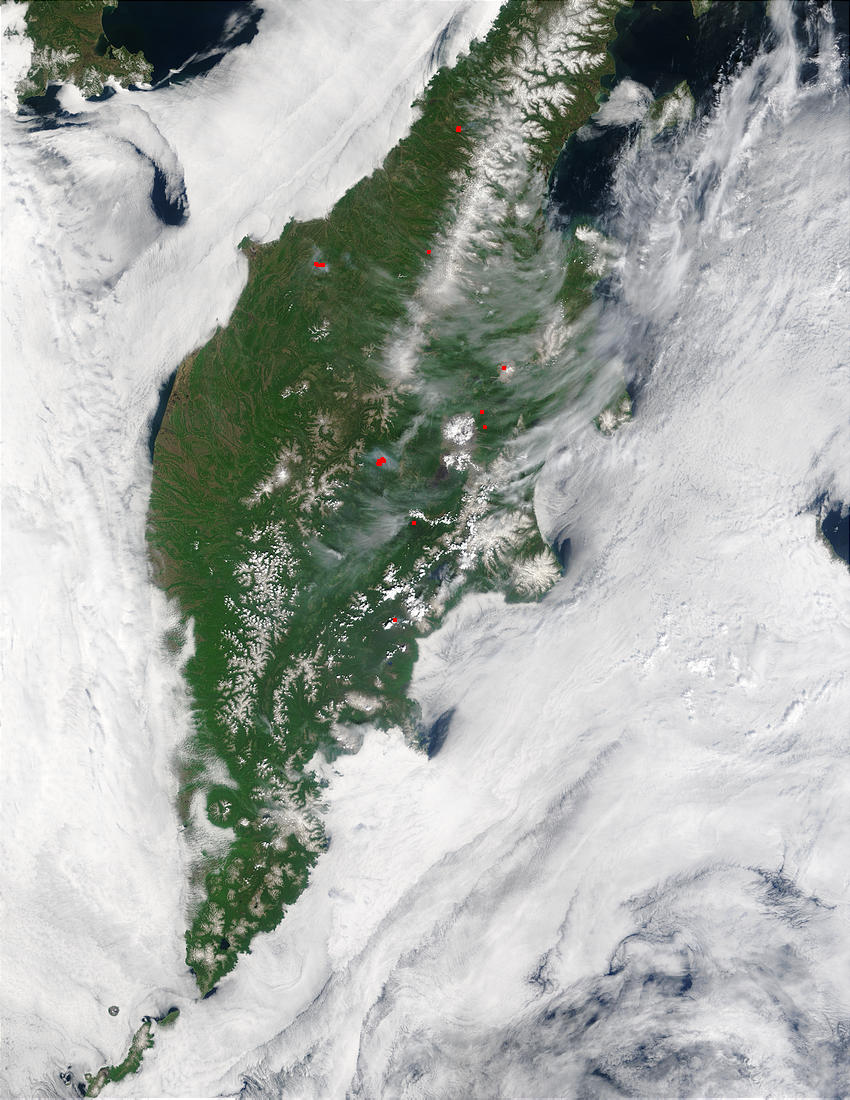 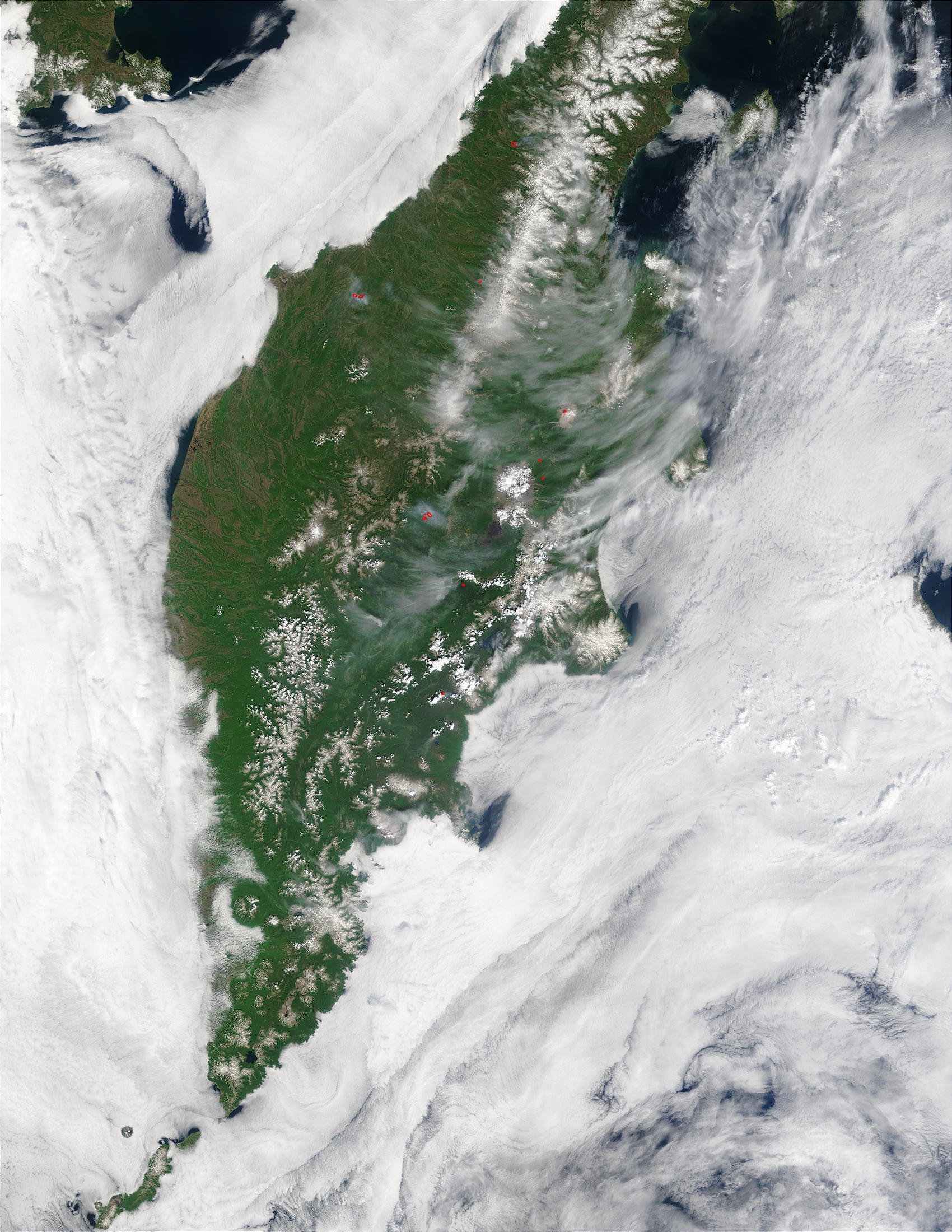 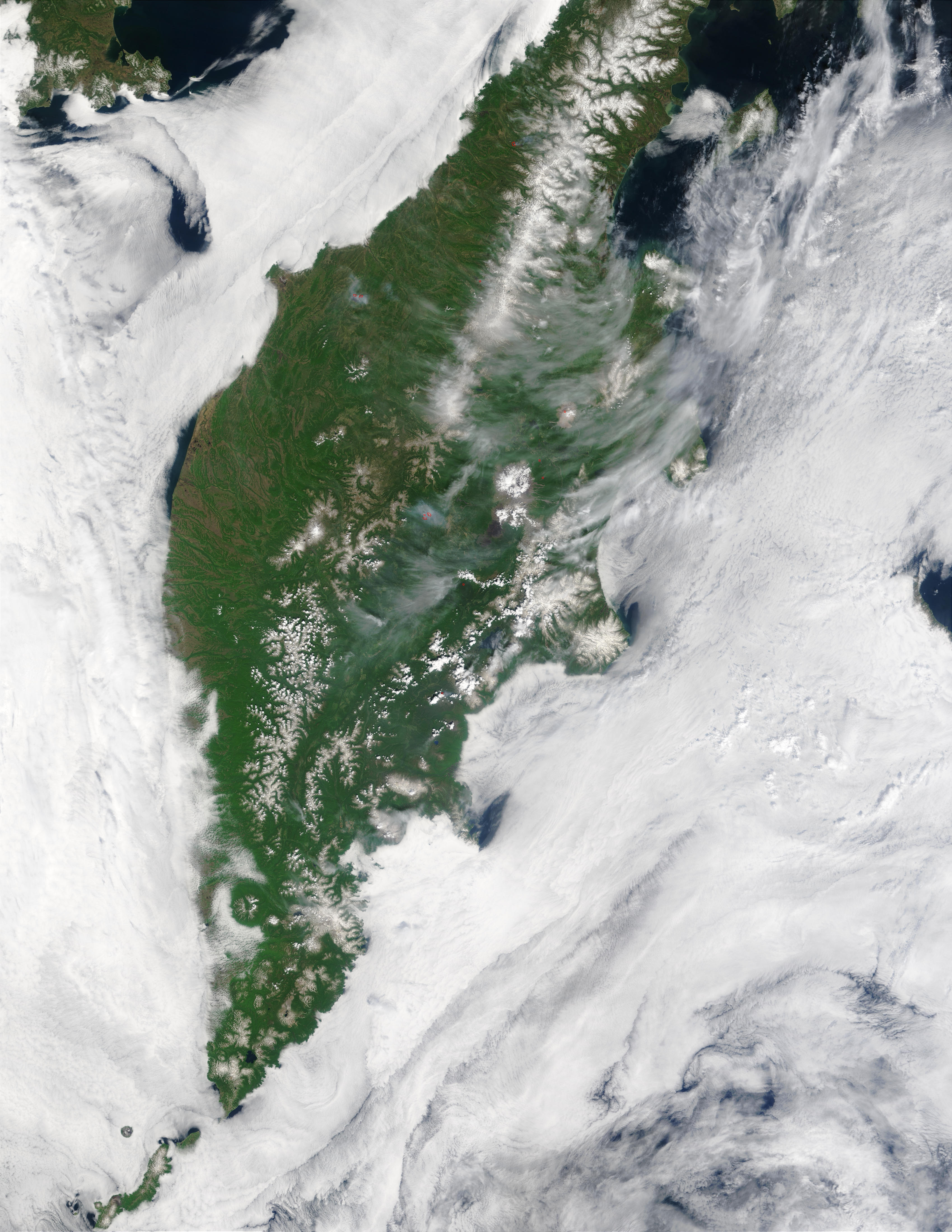 Numerous thermal anomalies were detected on the Kamchatka Peninsula in northeastern Russia in late June and early July by the Moderate Resolution Imaging Spectroradiometer (MODIS). Some of the anomalies (red dots) were fires, but at least one was the result of ongoing volcanic activity at one of the Peninsula’s numerous active volcanoes. The erupting volcano, called Sheveluch, can be seen most clearly in the image from July 8, 2002. It is located in the upper right quadrant of the image, and appears as a grayish circular patch amid the surrounding green vegetation. In its center is a red dot indicating that MODIS detected a thermal signature coming from the restless volcano.