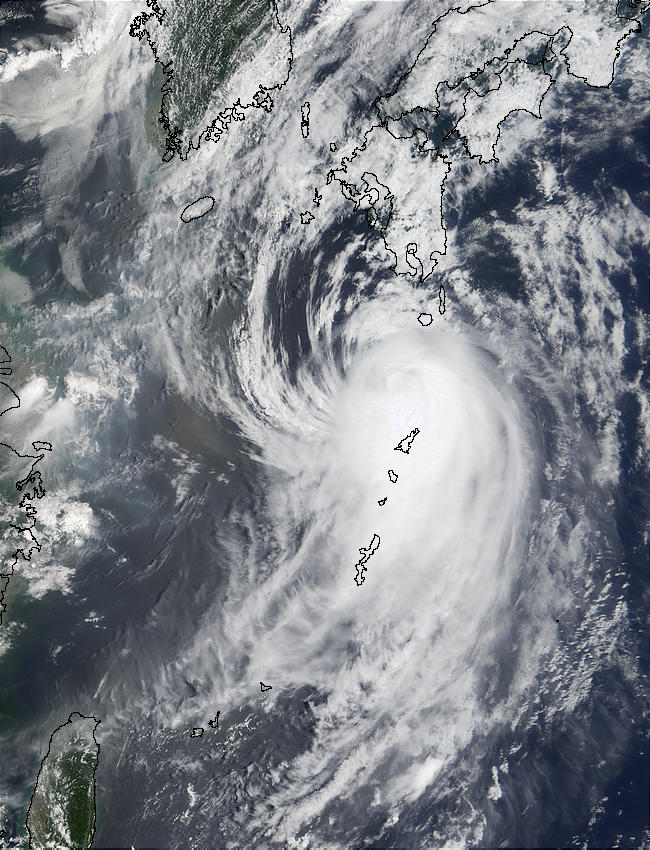 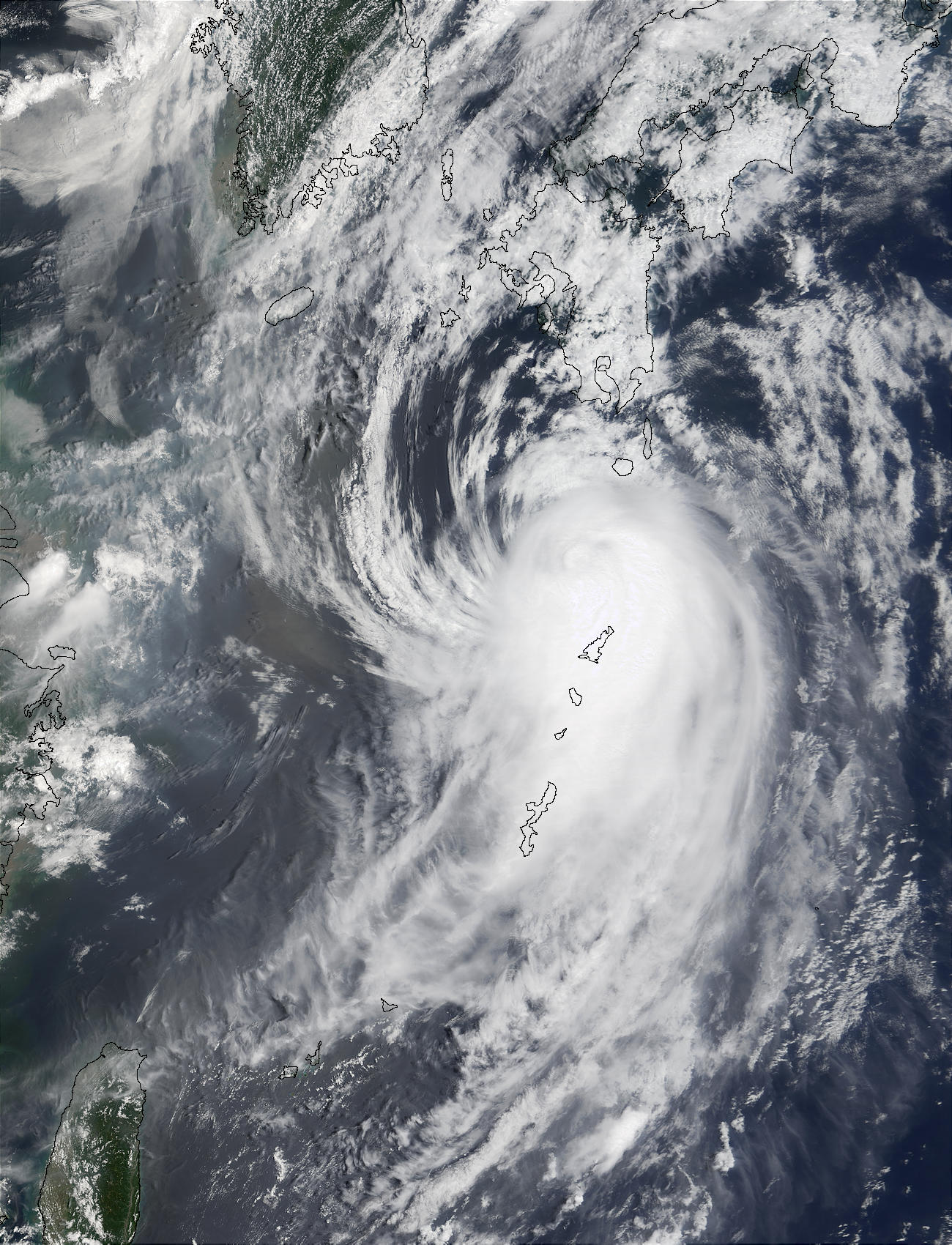 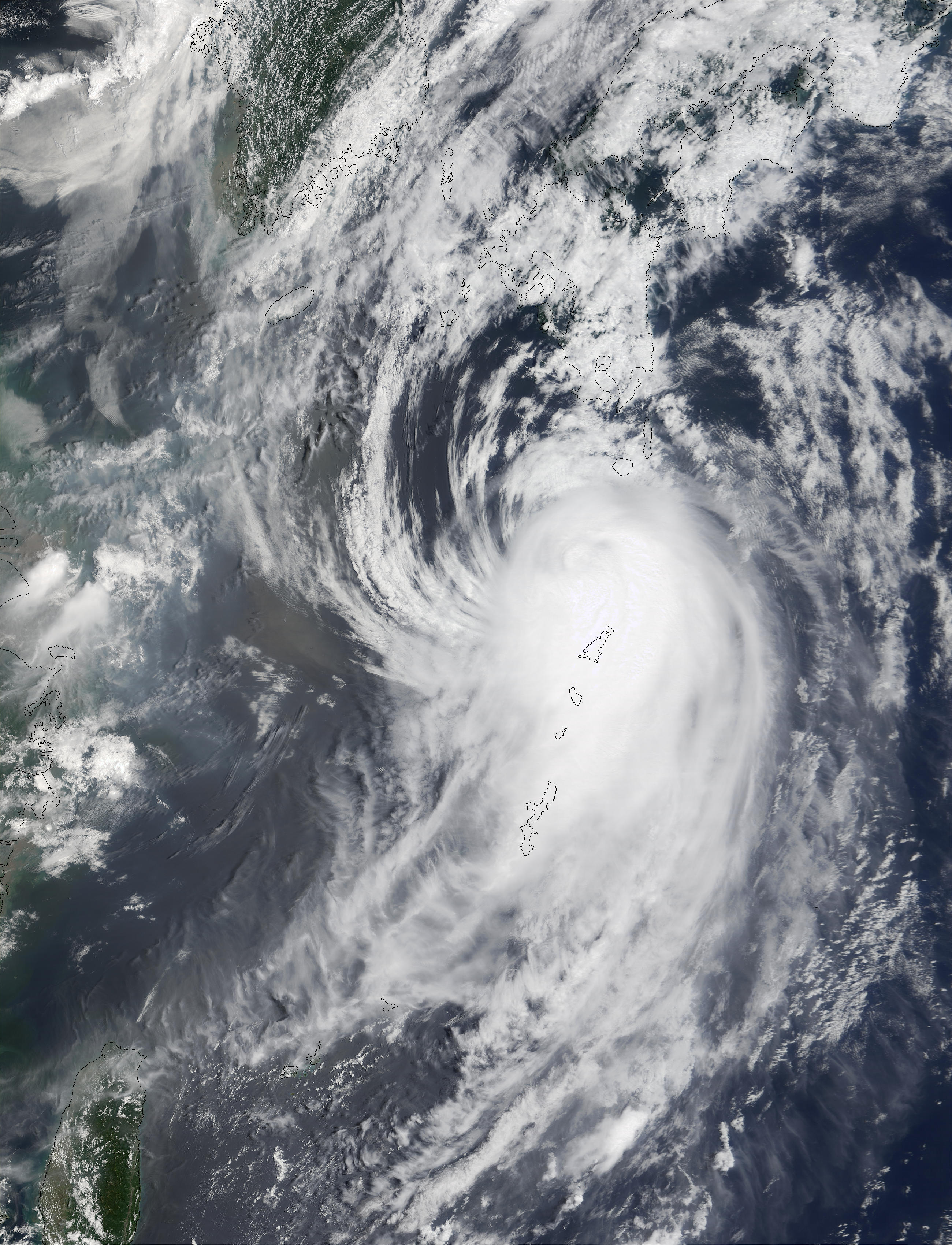 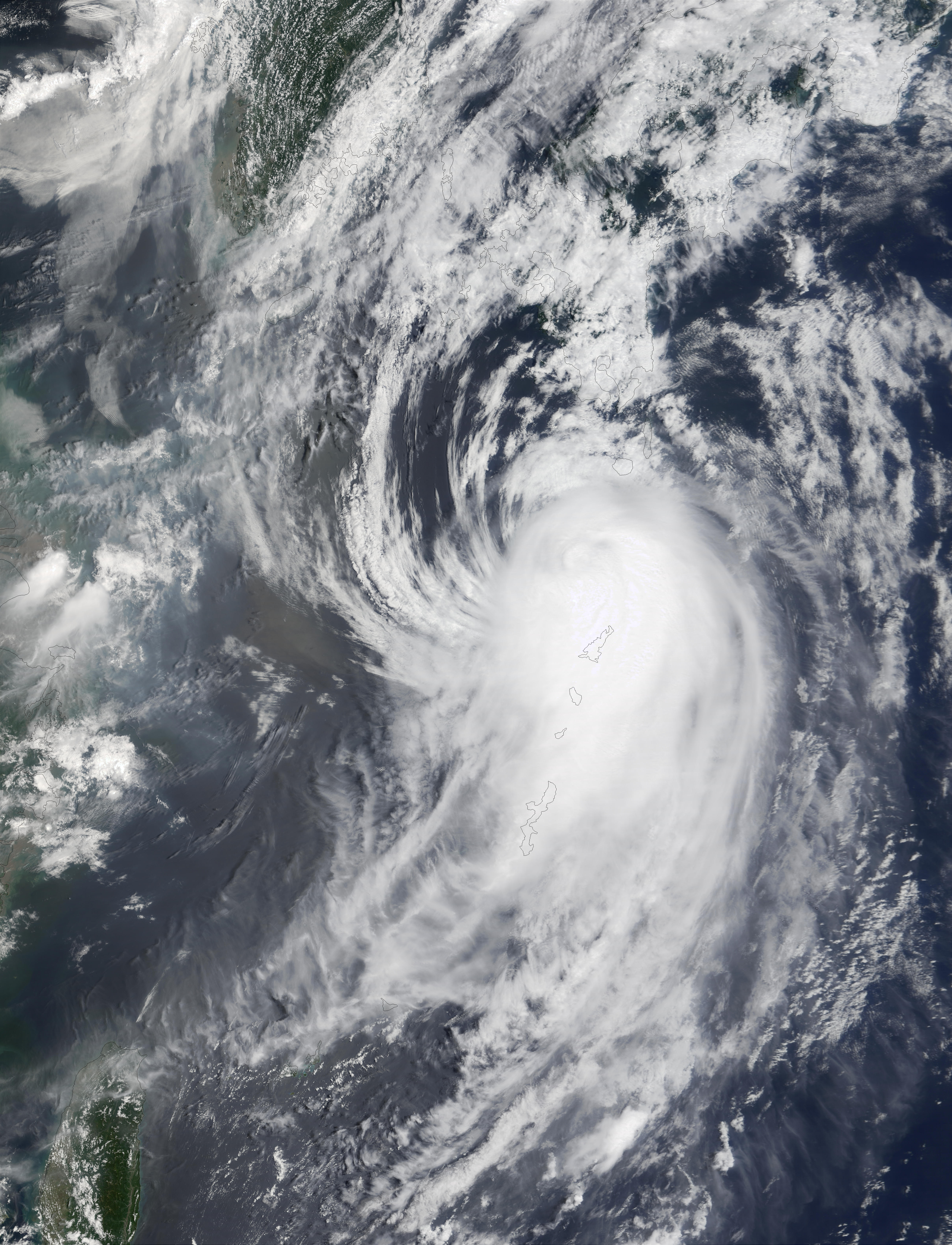 On July 15, 2002, Super Typhoon Halong was south of Japan (top edge) in the western Pacific Ocean. Over the past twenty four hours, the typhoon skirted eastern Japan, injuring 9 people and cutting off power to thousands. The storm fizzled out just east of the northern island of Sapporo. As recently as Sunday, this Category 4 hurricane was packing maximum sustained winds of 115 knots (132 miles per hour). This image was acquired by the Moderate Resolution Imaging Spectroradiometer (MODIS) on the Terra satellite on July 15, 2002.