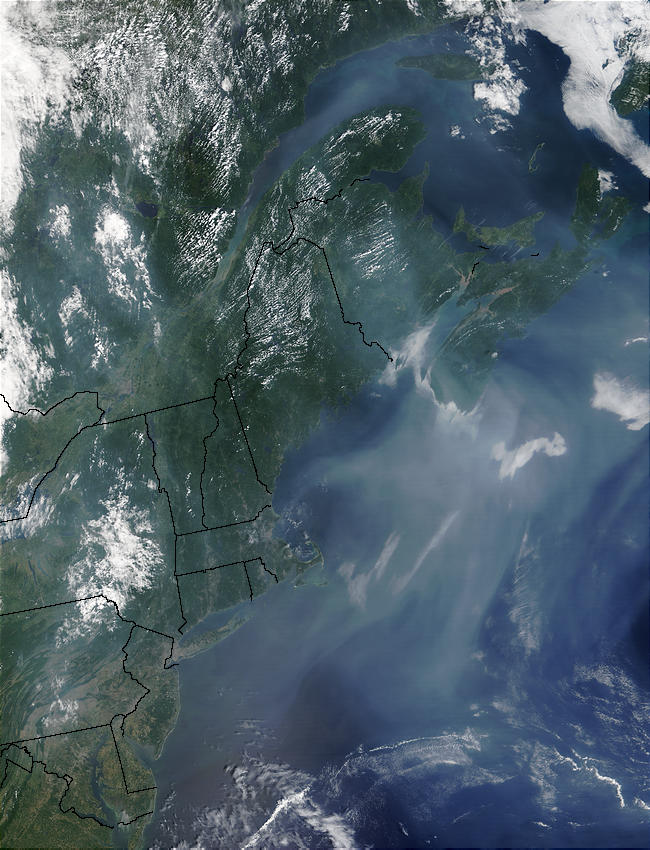 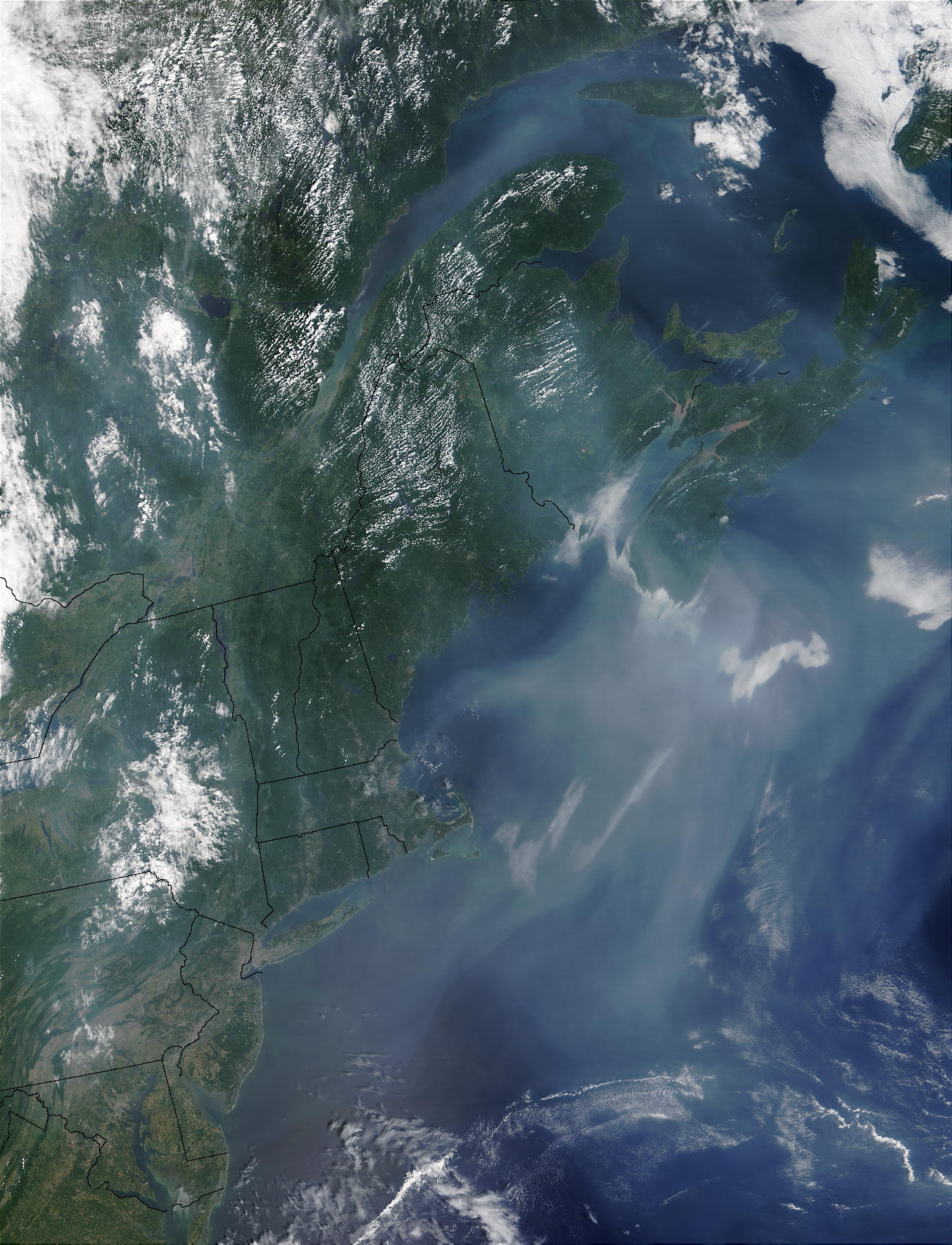 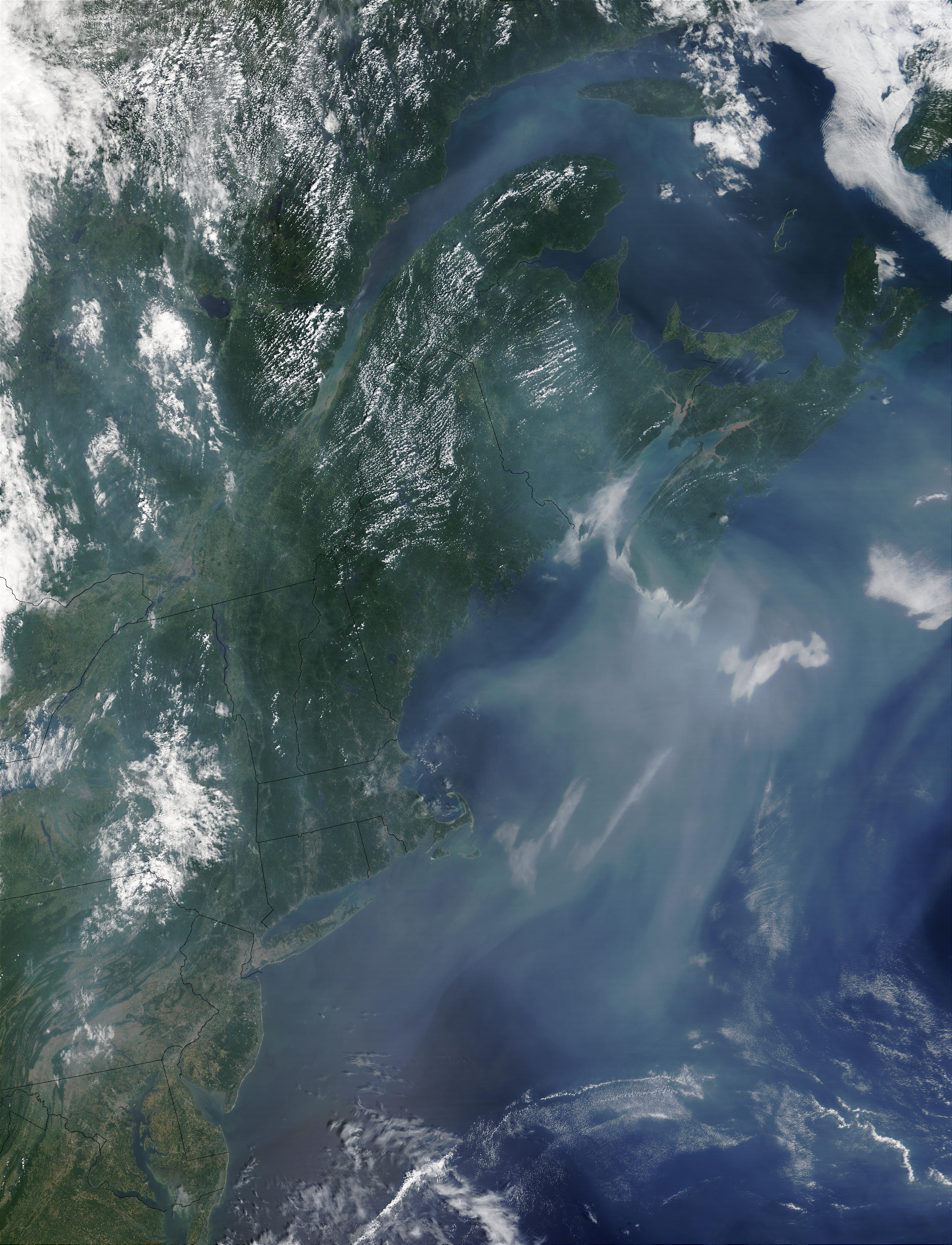 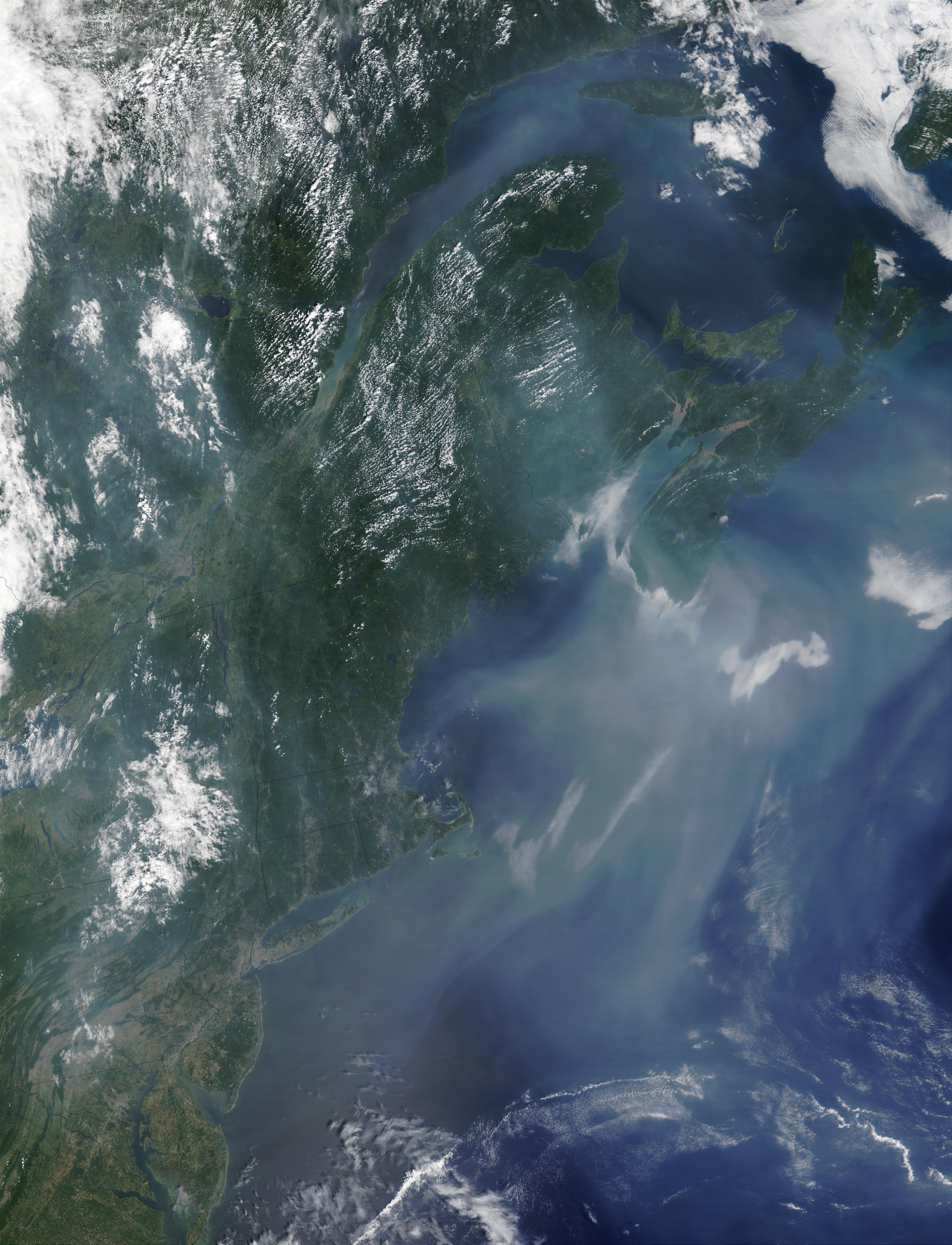 Great swirls of pollution cover the northeastern United States and parts of Canada in this true-color Terra MODIS image acquired August 14, 2002. While clouds in this image appear solidly white, the pollution is a murky, semi-transparent gray that makes indistinct the image’s geographic and aquatic features.

The pollution is worst in the Gulf of Maine and Atlantic Ocean, partially obscuring the southern edge of Nova Scotia. It also partially obscures a phytoplankton bloom in the waters of the Gulf of St. Lawrence (top center). Had the pollution been absent or not so severe, the bloom would appear to be a bright blue-green color, caused by sunlight reflecting off of the chlorophyll in the phytoplankton.