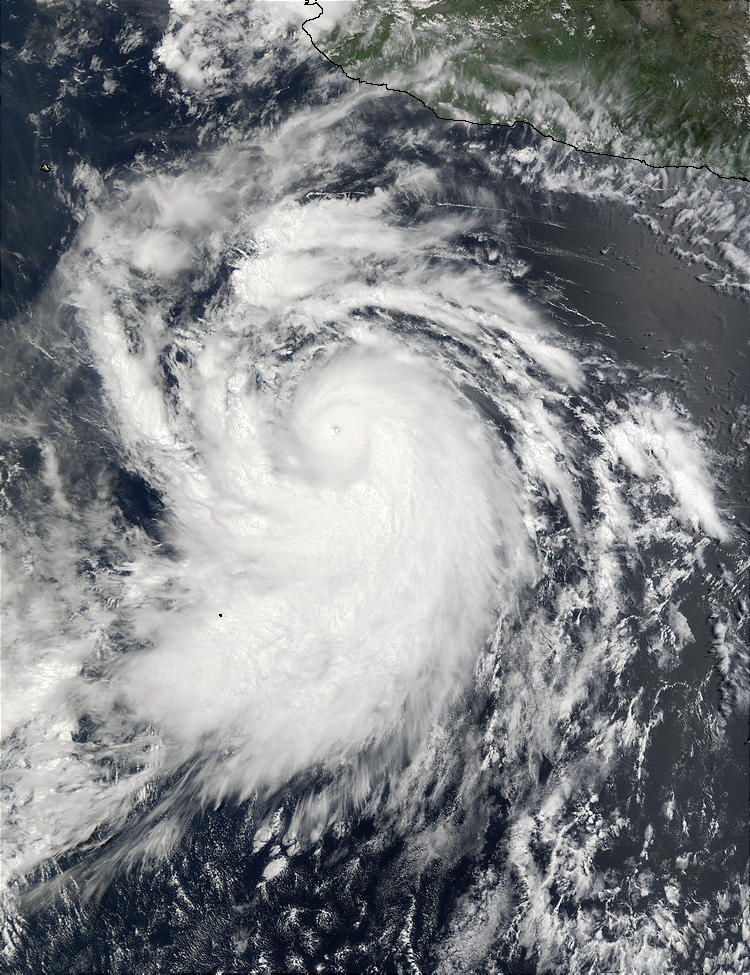 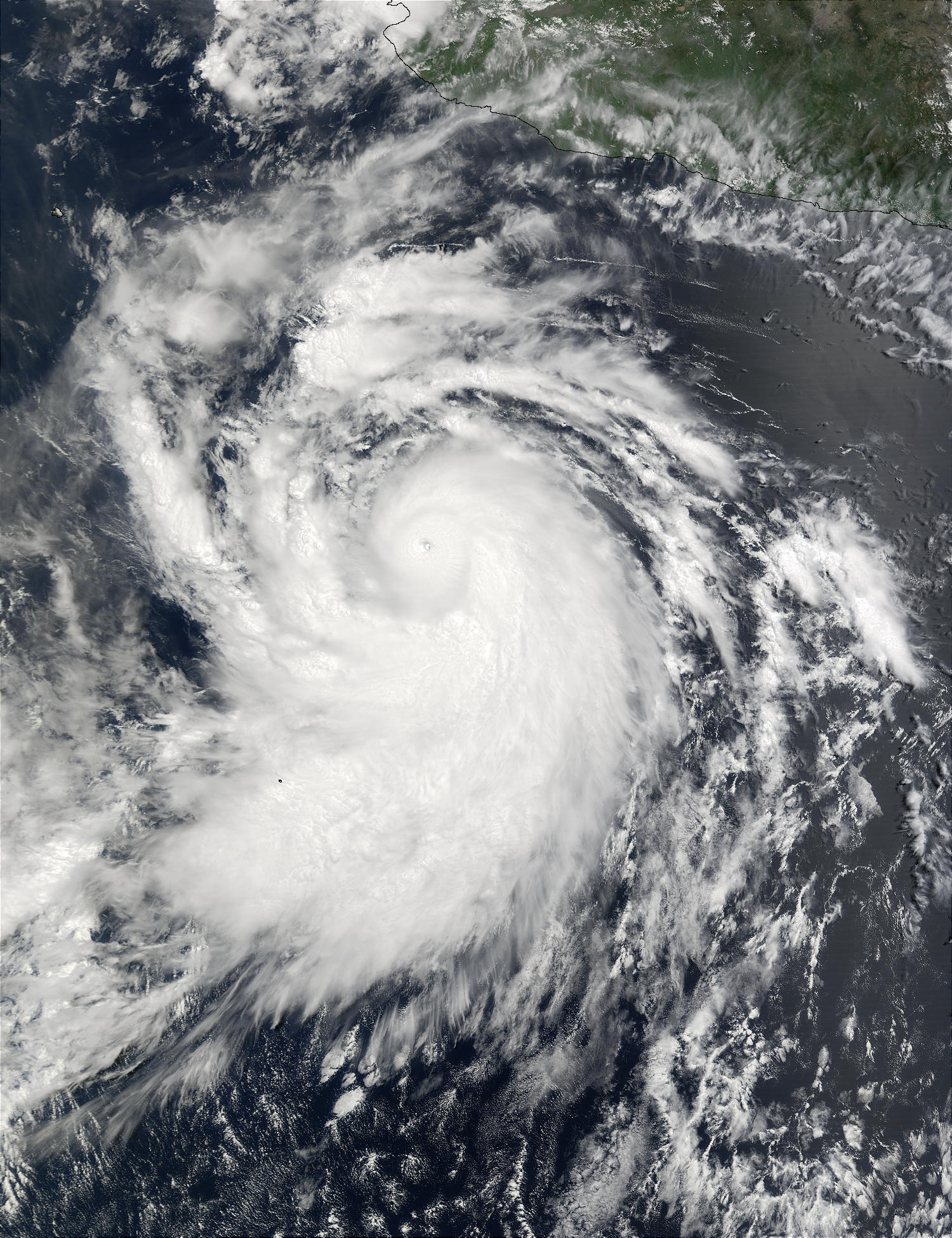 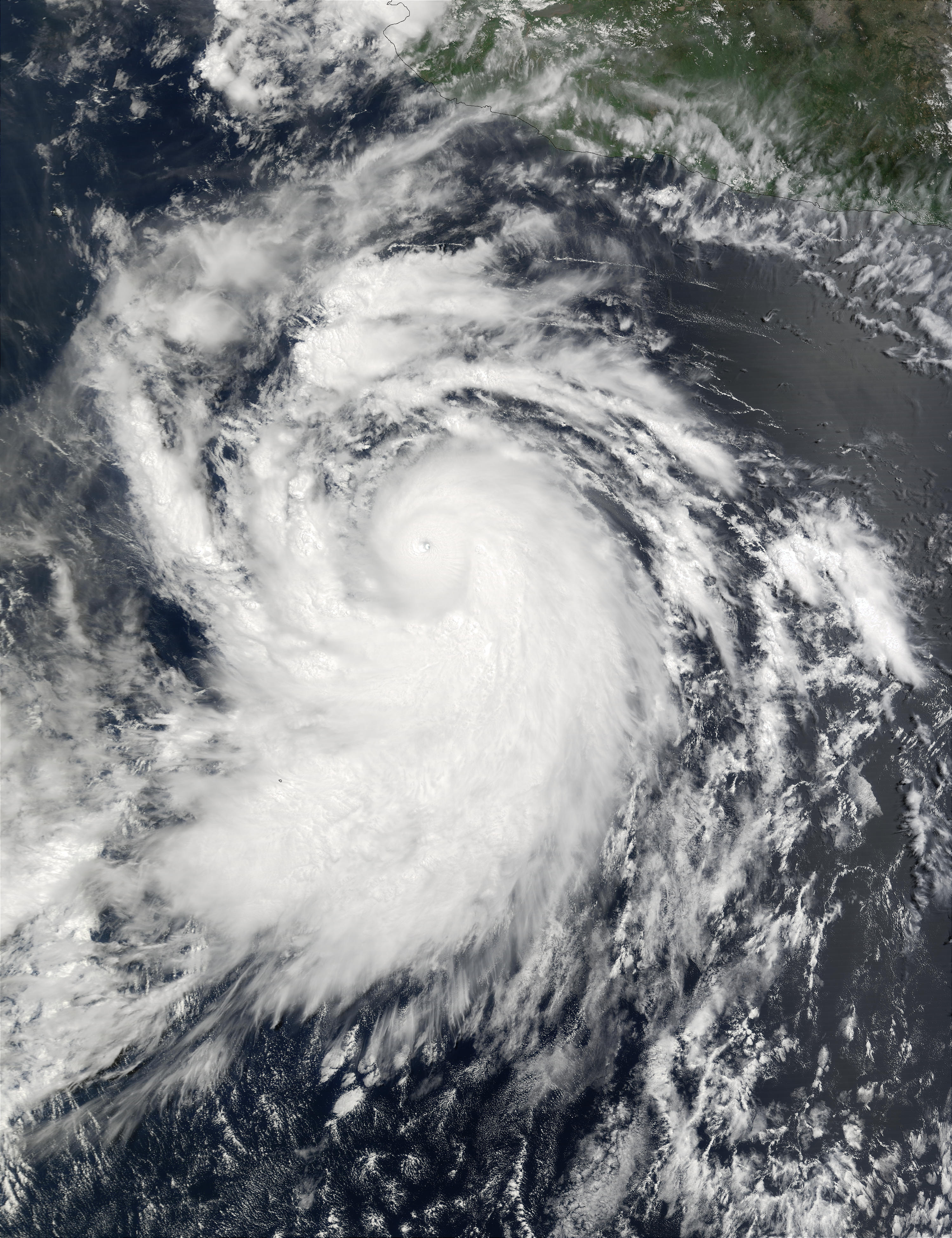 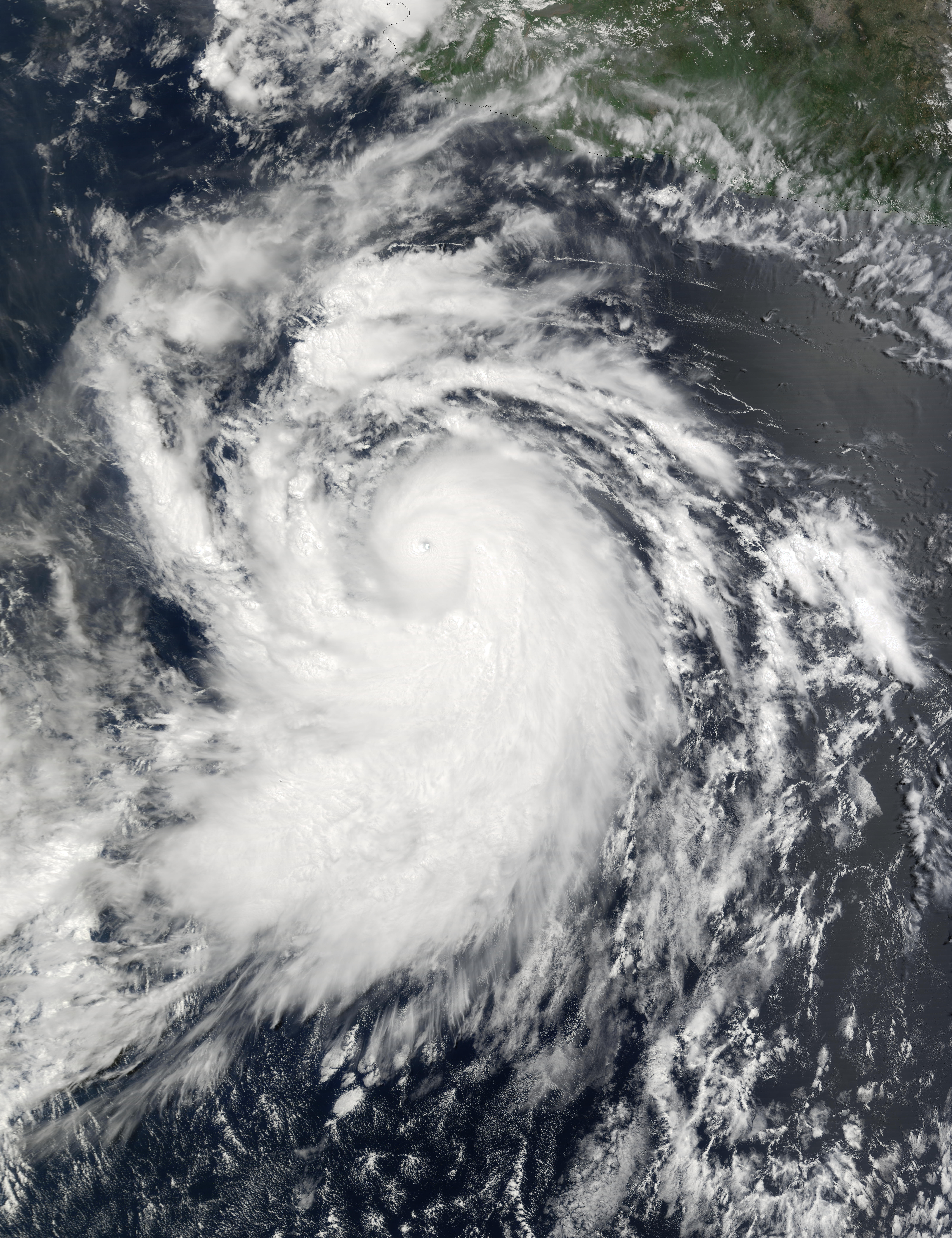 This true-color image from July 24, 2002, shows Hurricane Elida off the coast of Mexico in the Pacific Ocean. Elida may look like a large, menacing storm, but did not, in fact, make landfall. The common track for storms that originate in that part of the ocean is to drift northwest, away from land. They do, however, kick up powerful, which draws surfers from all over the world. The image wqas captured by the Moderate Resolution Imaging Spectroradiometer (MODIS) on NASA’s Terra satellite.