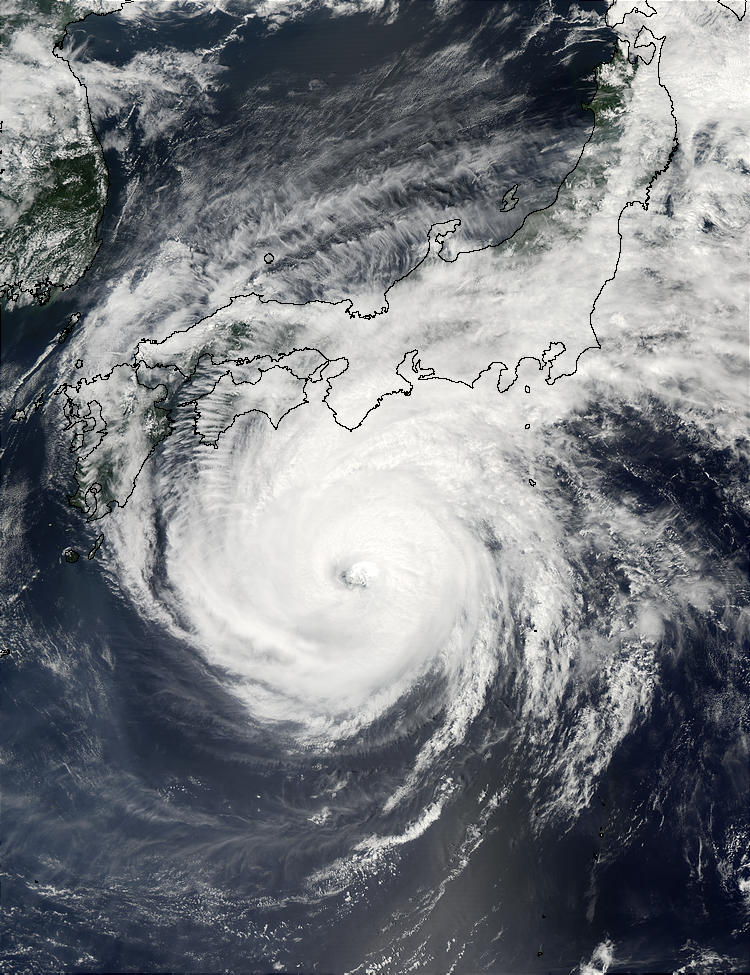 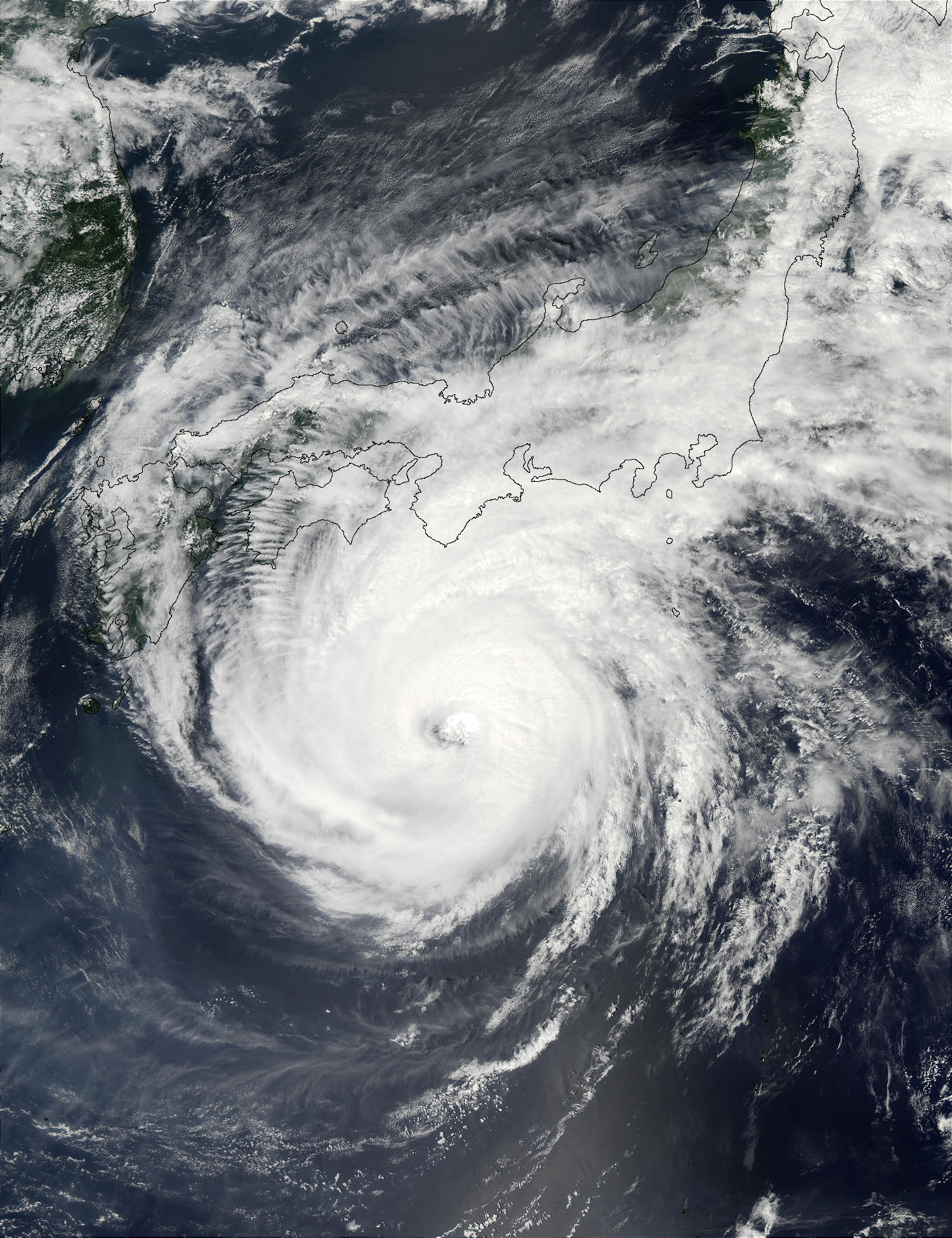 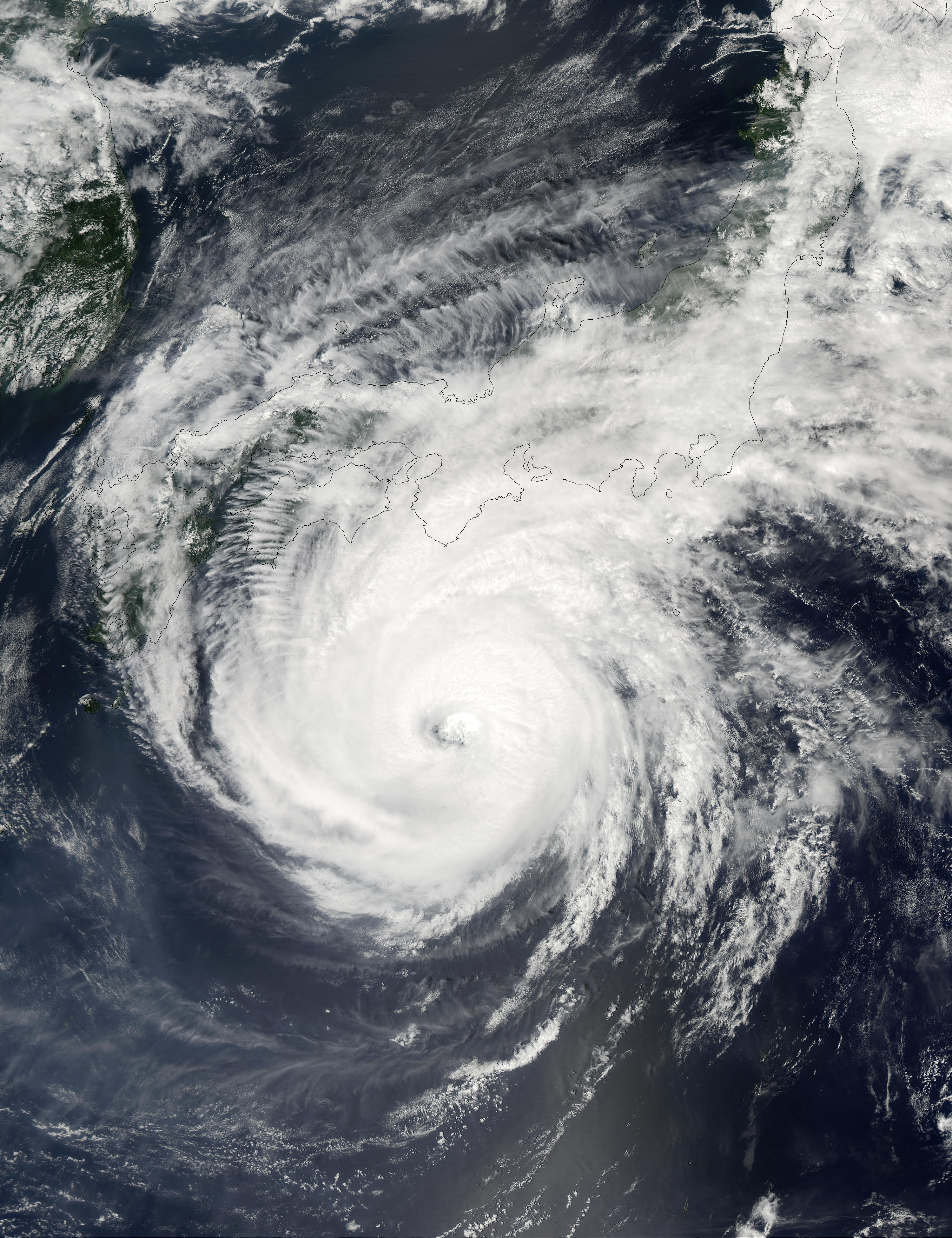 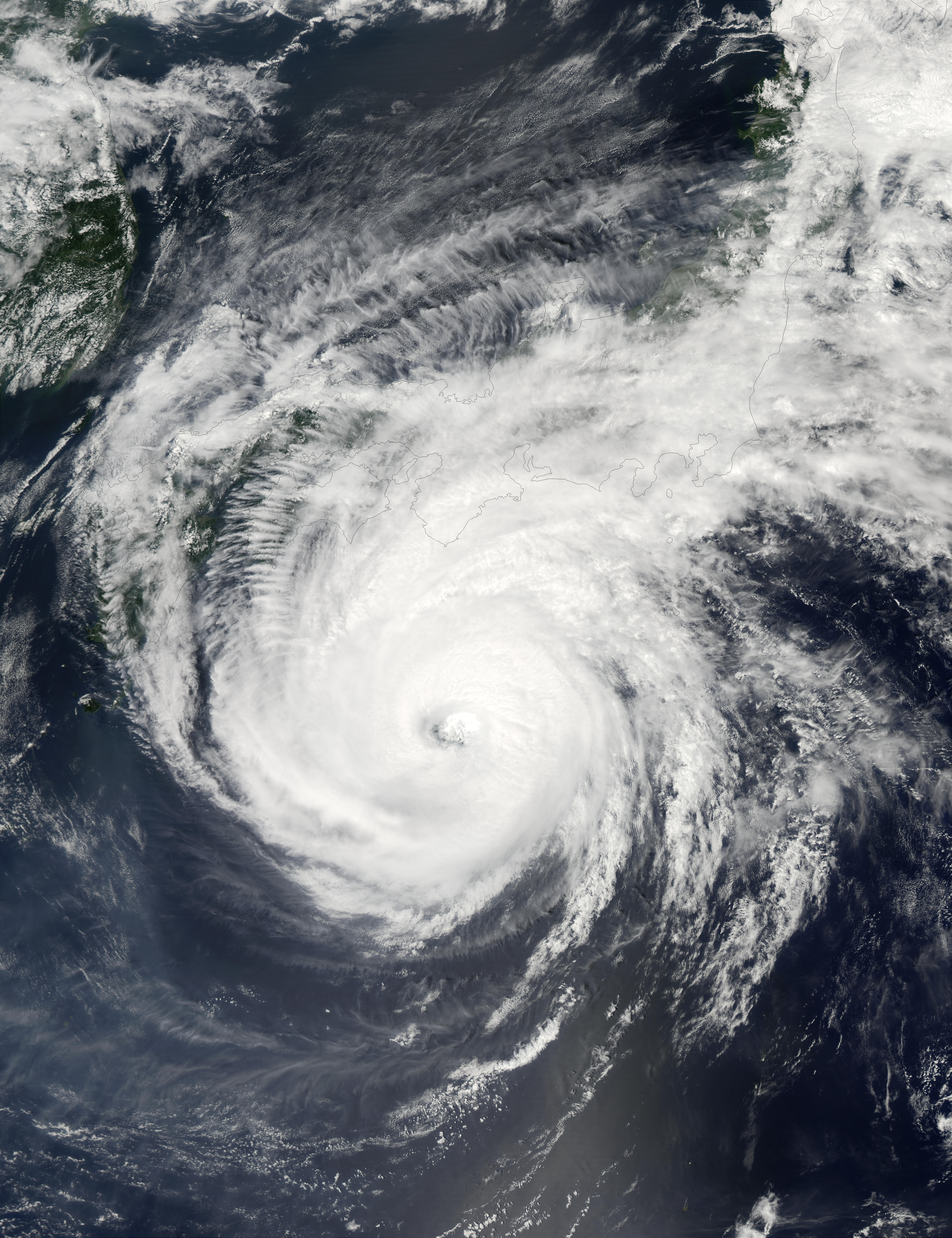 In these true-color Terra MODIS images acquired August 17 and 18, 2002, Super Typhoon Phanfone can be seen moving towards the coast of Japan. Phanfone is the year—s 16th typhoon and the 13th since April.

Phanfone is currently expected to rapidly weaken under increasing shear from westerly winds, and is projected to continue its northeasterly movement away from Japan. Super Typhoon Phanfone reached a category 4 status on August 15th, but by Monday August 19th had been downgraded to category 1. Other super typhoons this year include category 5 Mitag, category 5 Hagibis, category 4 Chataan, category 4 Halong, and category 5 Fengshen.