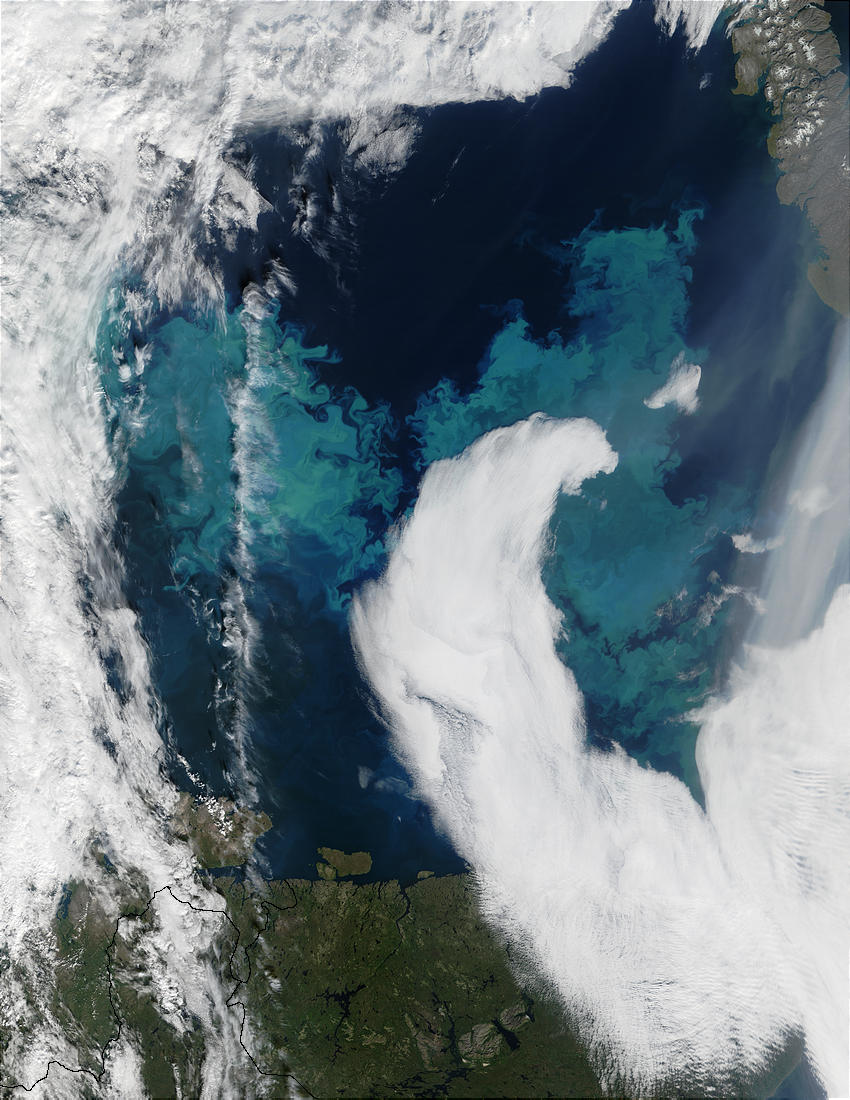 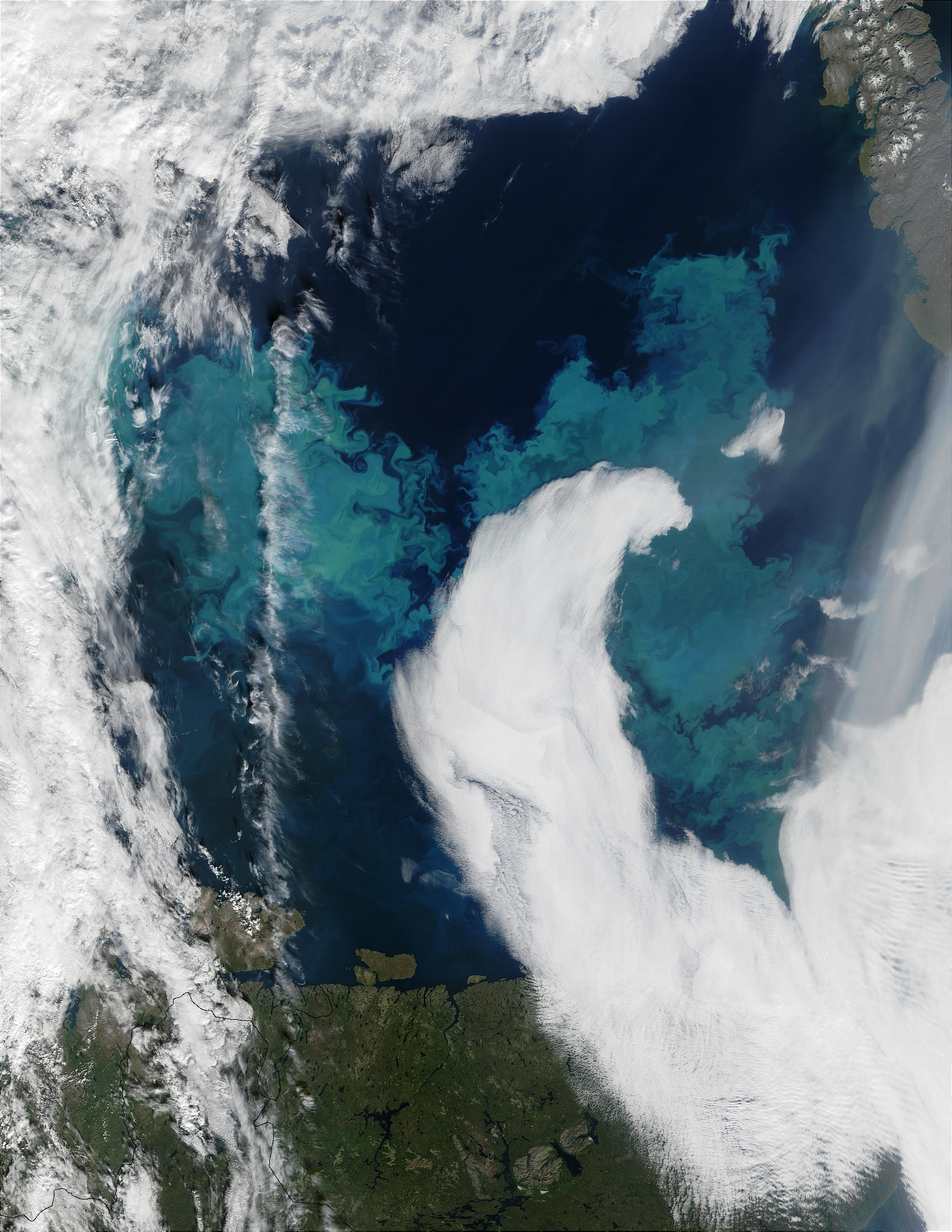 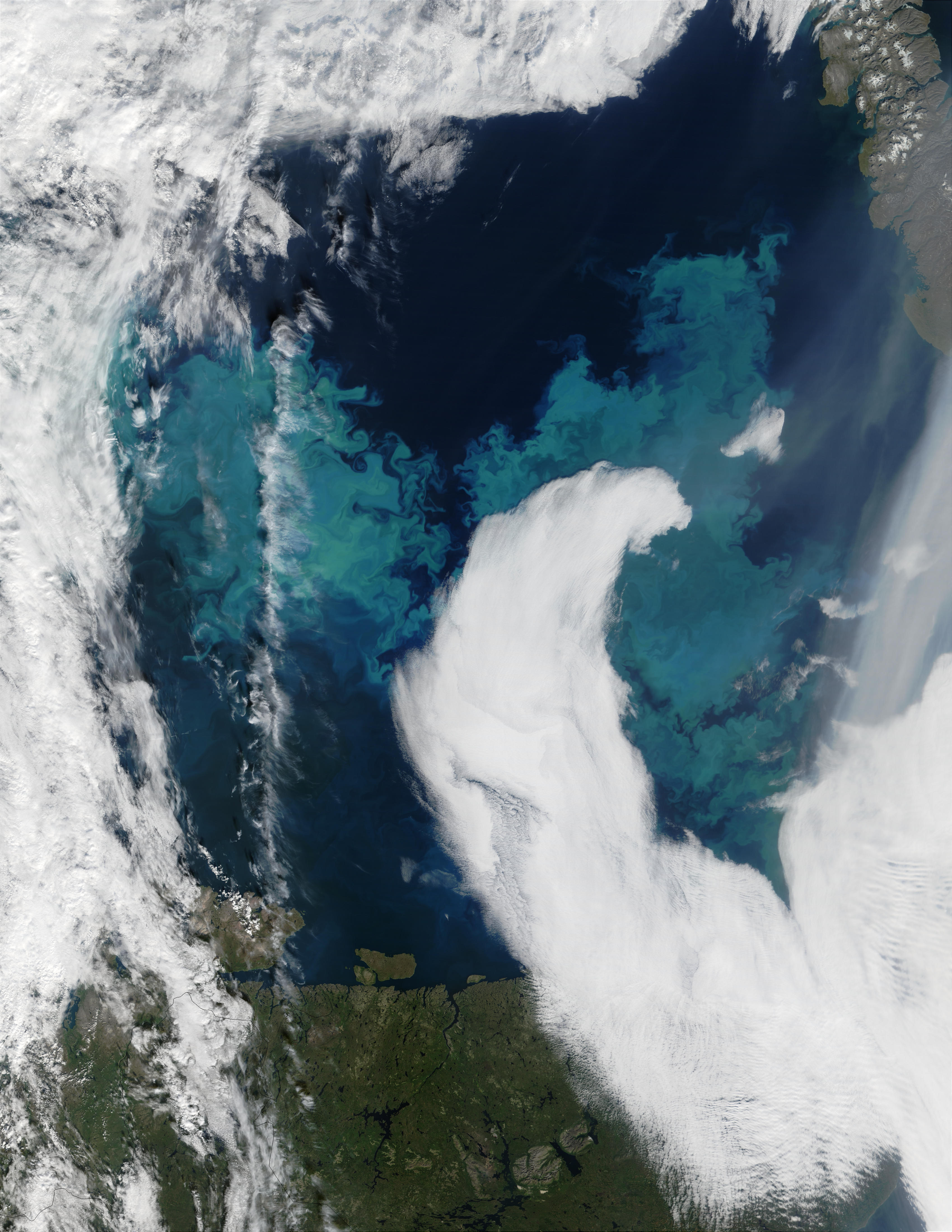 Coccolithophore bloom in the Barents Sea

The Barents Sea features a striking coccolithophore bloom in this image acquired August 22, 2002, by the Moderate Resolution Imaging Spectroradiometer (MODIS) on the Terra satellite. The Barents Sea, considered a part of the Arctic Ocean, is bordered by Franz Josef Land in the north (top left corner, obscured by clouds), Novaya Zemlya in the east (top right corner), and Svalbard in the west (not visible). The Barents Sea is warmed by the North Atlantic Drift, which helps to leave a number of ports in the Sea ice-free all year long.

In this image, the coccolithophores. calcite shells are in such abundance that they have changed the color of the sea from a normal deep blue to a bright blue-green, the result of sunlight reflecting off of the chalky shells. Coccolithophores can produce fantastic amounts of calcite—at 1.5 million tons per year they are the leading calcite producers in the ocean. Essentially made out of limestone, or chalk, these coverings are highly reflective and when large quantities of organisms are present, they are very reflective, creating colorful patterns on the ocean surface.