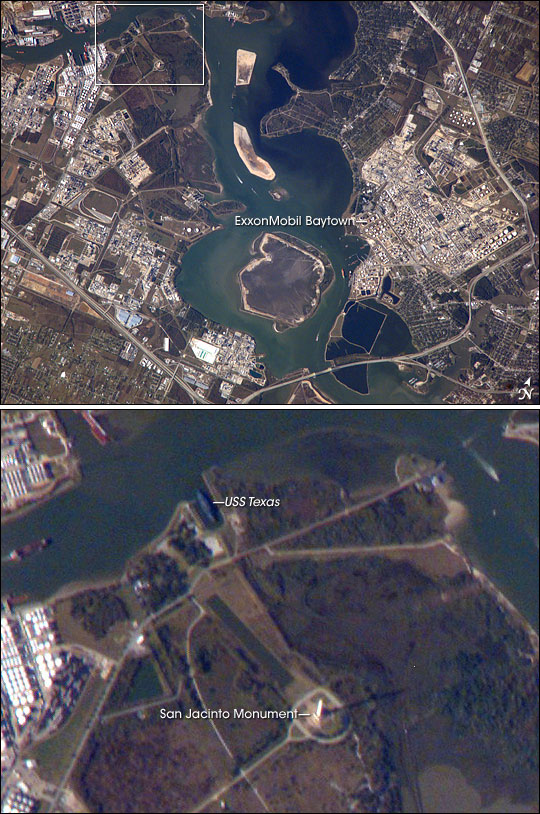 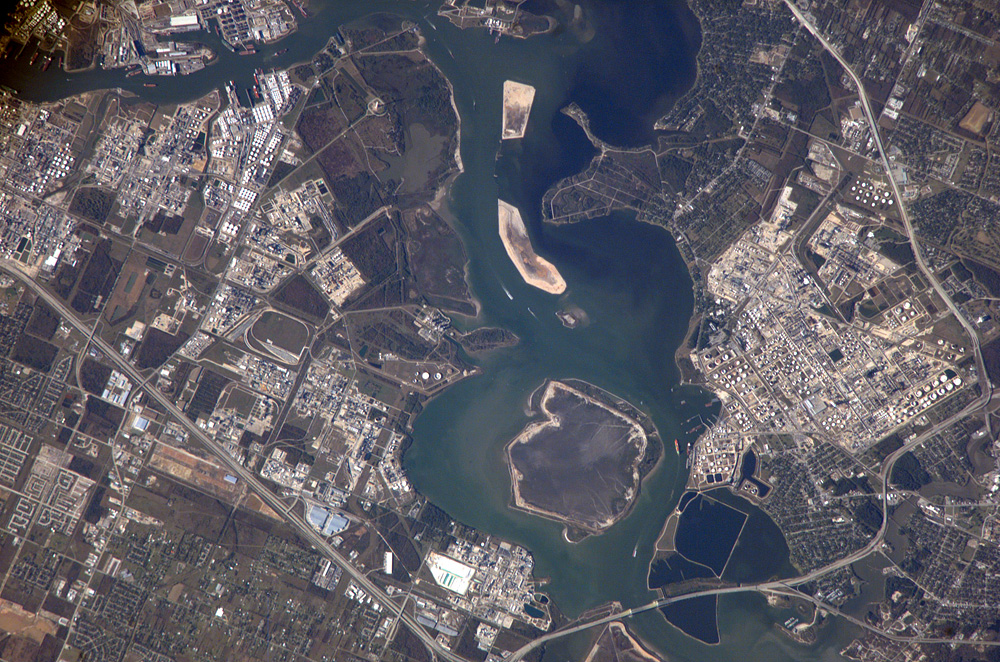 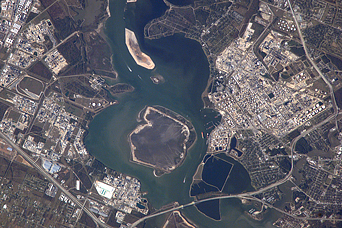 This astronaut photograph depicts the San Jacinto River portion of the Houston Ship Channel, one of the United States’ busiest sea ports. The channel is a conduit between the continental interior and the Gulf of Mexico for both petrochemical products and Midwestern grain. The original watercourse for the channel, Buffalo Bayou, has its headwaters thirty miles to the west of the city of Houston. It has been used to move goods to the sea since at least 1836. Wakes of ships traveling along the channel are visible to the south of the Goat Islands (bright, oblong islands at top center of image). The close proximity to Texas oilfields led to the establishment of numerous petrochemical refineries along the waterway, such as the ExxonMobil Baytown installation on the eastern bank of the San Jacinto River.

Astronaut photograph ISS012-E-9567 were acquired November 28, 2005, with a Kodak 760C digital camera using an 800 mm lens, and is provided by the ISS Crew Earth Observations experiment and the Image Science & Analysis Group, Johnson Space Center. The International Space Station Program supports the laboratory to help astronauts take pictures of Earth that will be of the greatest value to scientists and the public, and to make those images freely available on the Internet. Additional images taken by astronauts and cosmonauts can be viewed at the NASA/JSC Gateway to Astronaut Photography of Earth.