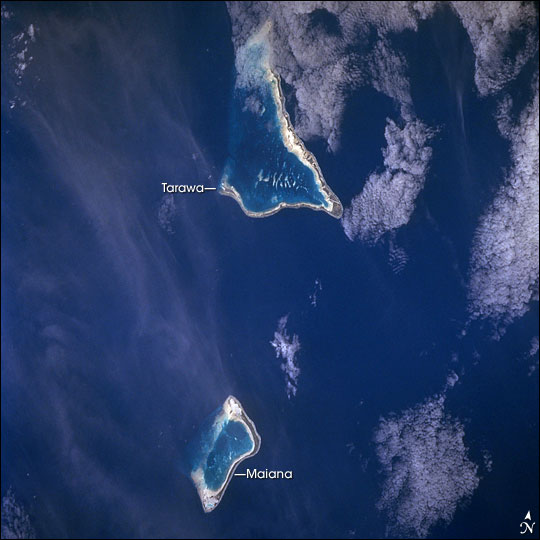 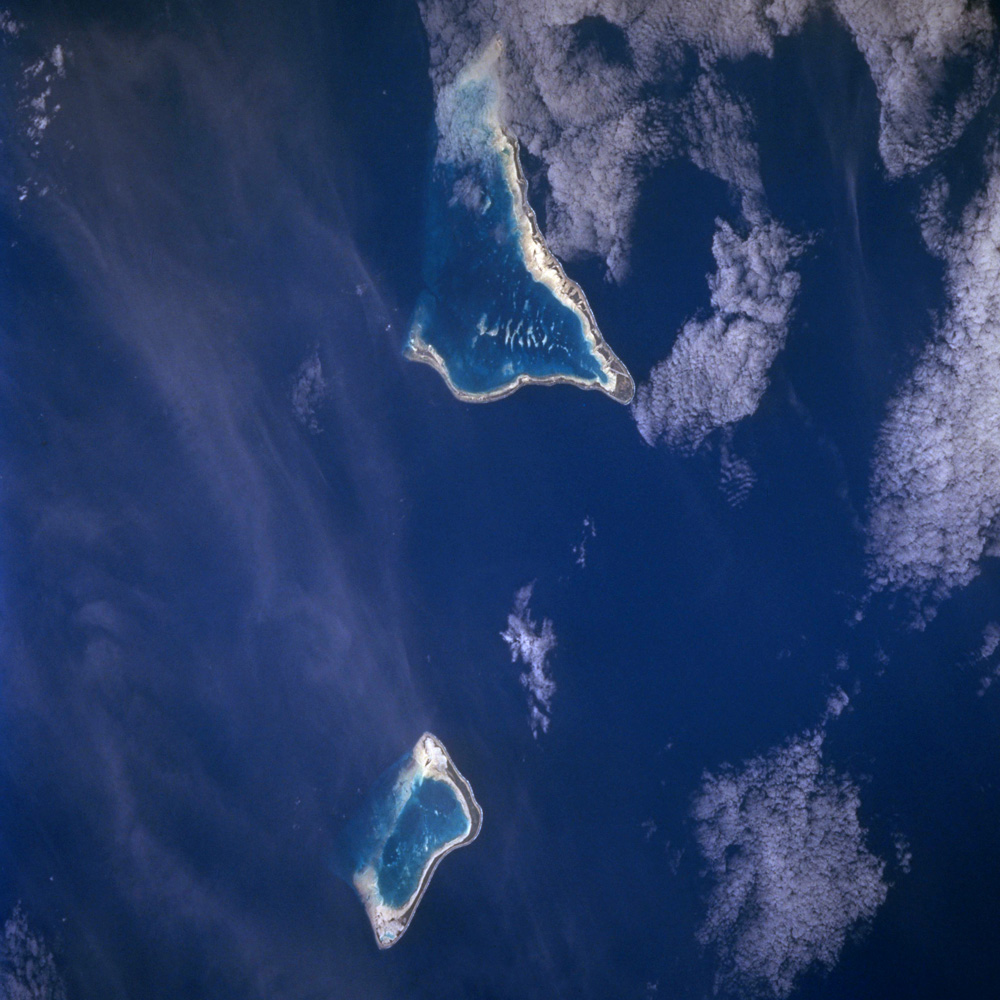 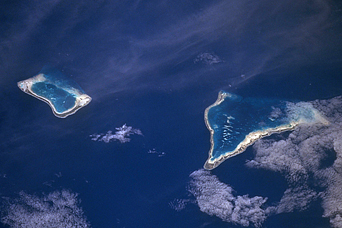 he Republic of Kiribati is an island nation consisting of some 33 atolls near the equator in the central Pacific. Before Europeans found the islands, they had been inhabited for two millennia by indigenous Micronesians. In 1820, the British named the islands the Gilbert Islands, after Captain Thomas Gilbert, who discovered some of the atolls in 1788. The islands eventually gained their independence in the 1970s.

Astronaut photograph STS088-707-6 was acquired December 14, 1998, with a Hasselbad medium format camera with a 250 mm lens loaded with Kodak Elite 100S film, and is provided by the ISS Crew Earth Observations experiment and the Image Science & Analysis Group, Johnson Space Center. The International Space Station Program supports the laboratory to help astronauts take pictures of Earth that will be of the greatest value to scientists and the public, and to make those images freely available on the Internet. Additional images taken by astronauts and cosmonauts can be viewed at the NASA/JSC Gateway to Astronaut Photography of Earth.