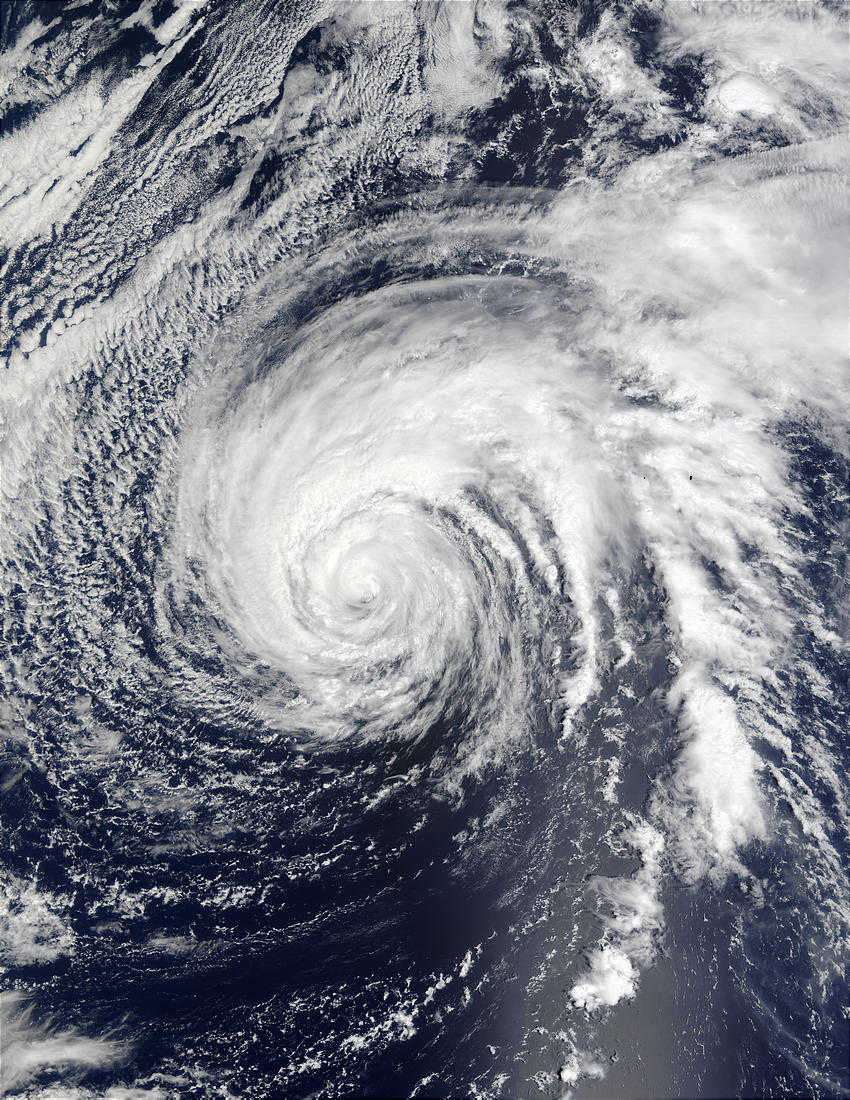 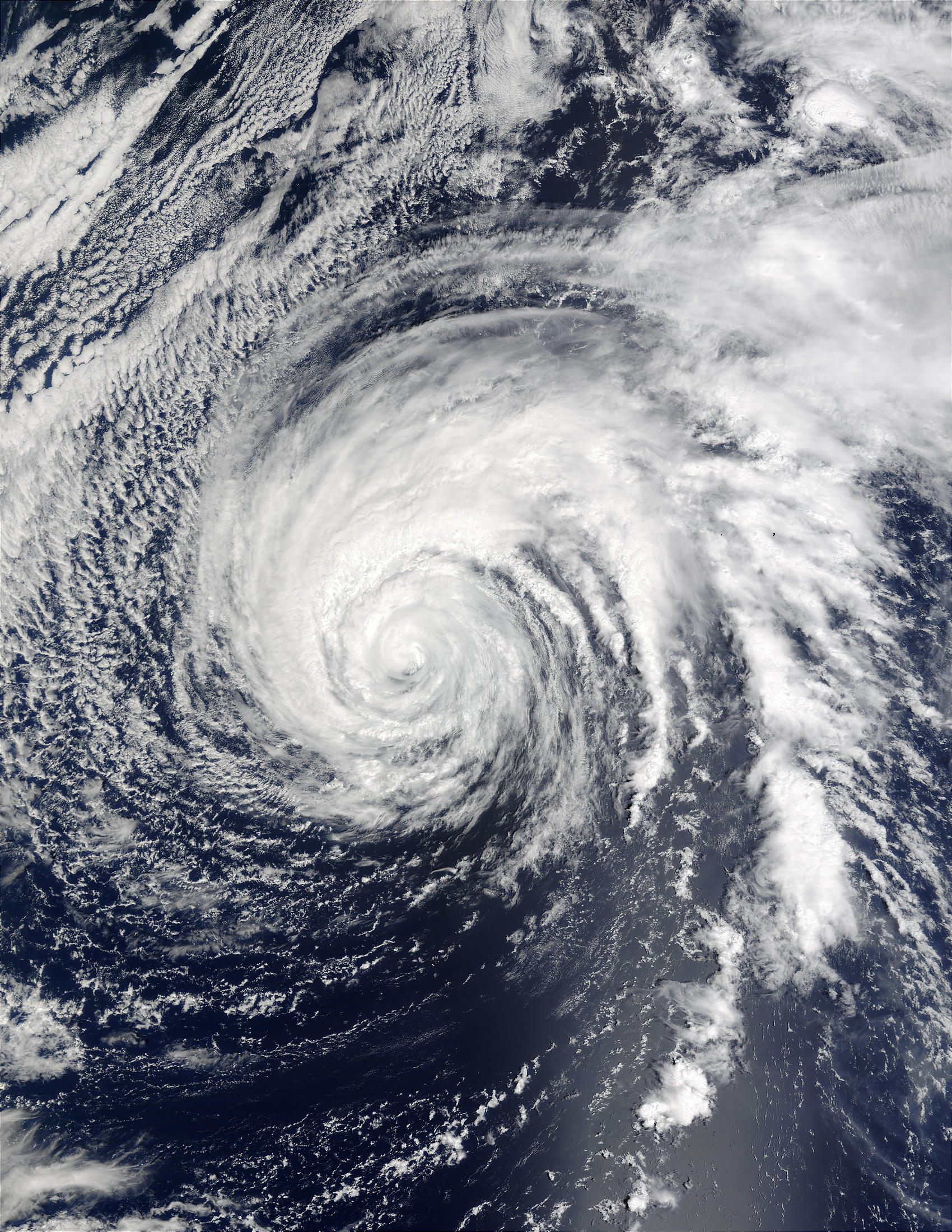 Hurricane Ele whirls through the central Pacific Ocean in this true-color image acquired September 4, 2002, by the Moderate Resolution Imaging Spectroradiometer (MODIS), flying aboard NASA’s Terra spacecraft. When this image was acquired, the typhoon was several hundred miles east of the International Date Line and making its way north through the Pacific, packing sustained winds of up to 92 miles (148 kilometers) per hour. Since then, the hurricane changed direction to the northwest with winds of only 75 miles (120 kilometers) per hour. Forecasters expected the hurricane to drop to a tropical storm status by September 7th.

Ele came into being in the Eastern Pacific and so was called a hurricane, but by August 30th had crossed over into the Western Pacific, and so was called a typhoon. Nothing about Ele itself changed, just it—s location. Typhoons and hurricanes are names for the same phenomena that happen all over the world. For more information about severe storms, please visit the Natural Hazards section of NASA’s Earth Observatory.